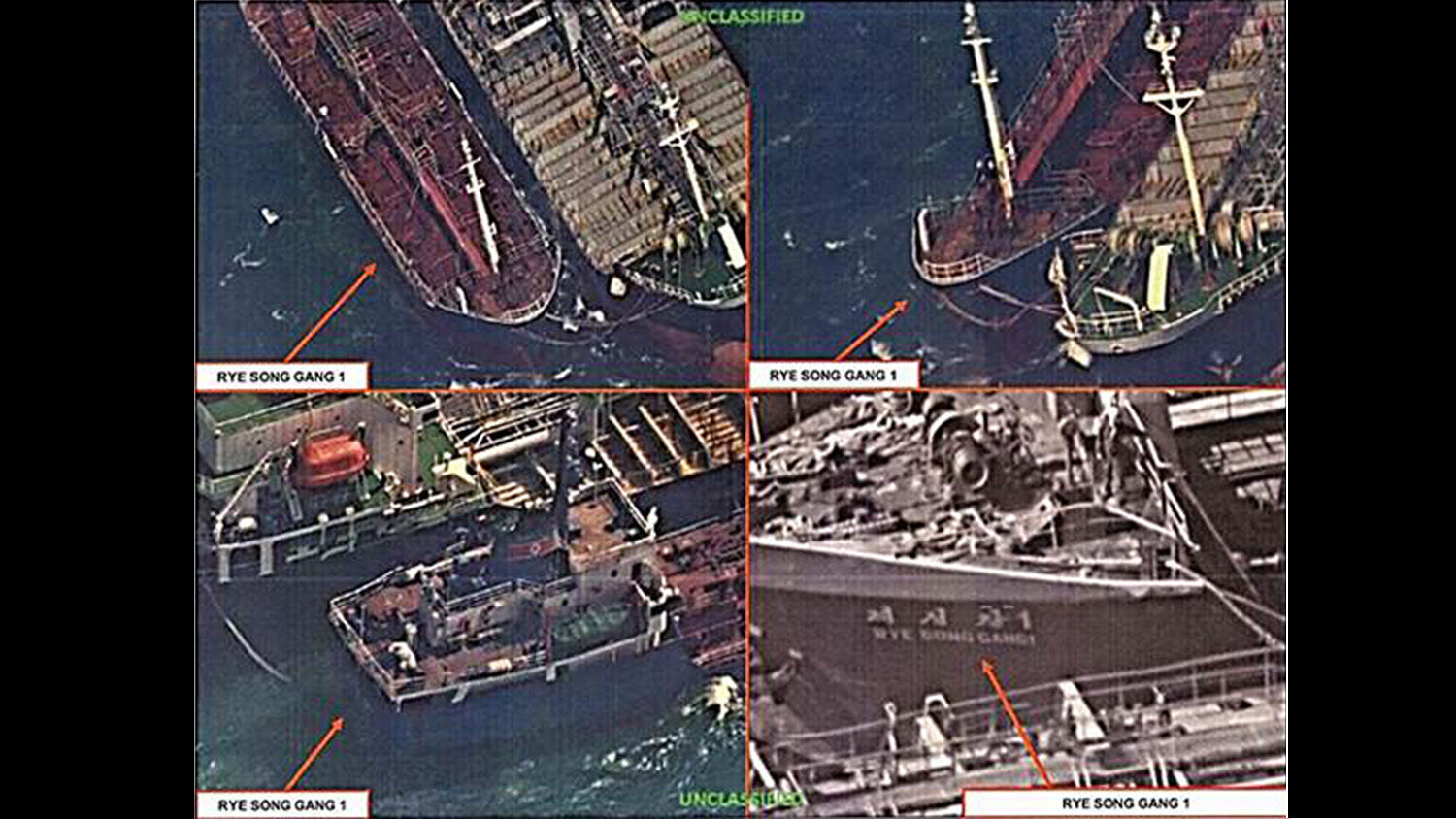 Whose side is China really on?

The U.S. Treasury Department released reconnaissance satellite images from October 19 that show what appears to be a Chinese ship transferring oil to a North Korean vessel. The department states that there have been at least 30 such incidents since October.

These ship-to-ship transfers to North Korea were specifically outlawed in September under UN Resolution 2375. The same resolution capped North Korean petroleum product imports. But policing the resolution has been difficult. China has been less than forceful in preventing smuggling in the Yellow Sea, which lies between China and the Korean Peninsula.

China looks on as smugglers—government-backed or not—pump oil from their ships onto North Korean vessels. Some ships set sail from China to destinations such as Taiwan before suddenly changing course and meeting with North Korean ships on the high seas.

South Korea’s Chosun Ilbo quoted government officials who were angry at China’s disregard of the resolution. One source stated, “We need to focus on the fact that the illicit trade started after a UN Security Council resolution in September drastically capped North Korea’s imports of refined petroleum products.”

Unfortunately, the response coming out of America has been even softer.

Resolution 2375 was a defeat for American diplomacy. The U.S. knew that China or Russia would veto any resolution they didn’t like, so Washington made sure the resolution only banned other countries from supplying additional crude oil from what China provides. According to UN figures, the crude oil supplies by China through the Dandong-Sinuiju pipeline is almost the same amount North Korea imported in 2016. It barely changes North Korean imports. Estimated cuts to refined petroleum products will only see a 10 percent dip. U.S. figures put North Korea’s imports at closer to 5 million barrels of refined petroleum per year. The UN resolution is merely an irritation to North Korea, not a crippling blow.

And now China is helping North Korea circumvent even that irritation. As the grainy satellite images indicate, China is not just disregarding U.S.-led resolutions; it is actively undermining them. North Korea is capable of advancing its nuclear program on current levels of cash and oil. And China doesn’t need trade with North Korea. So why are the Chinese contravening these sanctions?

The actions of smuggling oil to the rogue regime and protecting it from meaningful enforcement of UN resolutions reflects China’s stance.

And it is an aggressive stance. China is supporting a dangerous regime in possession of nuclear warheads and powerful intercontinental ballistic missiles which it has fired over Japan, and which can reportedly strike the United States. The regime also has close links to terrorist-sponsoring Iran.

Meanwhile, China has aggressively expanded its presence in the South China Sea, has launched the Asian Infrastructure Investment Bank—a competitor to the American-led World Bank—and has expanded economically through its String of Pearls and its Belt and Road initiatives.

Many people are waking up to the mounting evidence that points to China’s rise as a world power. But this emergence was forecast long ago—in the Bible.

Even if you don’t consider yourself religious, these prophecies are striking. Read about China’s role in Ezekiel 38 and 39, Daniel 11, Revelation 9:16 and 16:12. Request your free copy of Russia and China in Prophecy. And watch the video below:

As Mr. Flurry noted, the world is focused on the regime of Kim Jong-un. Even so, most are unwilling or unable to see the greater danger forecast in Bible prophecy.

China is rising to superpower status at an alarming rate. When the Chinese regime defies the international community on global security issues, it should make us think about what the Bible has prophesied. This is why we see China supporting North Korea. It fits into a broader strategy of regional domination and a plan to bring down the United States!

Keep an eye on China’s rise in Asia. As dangerous as Kim’s regime may be, it is merely a pawn controlled by China. And even that power will soon find itself at the subjection of another kingdom. While prophecy says China will rise, it also states that it will be put down. Following the fulfillment of the above prophecies, Jesus Christ will return to establish His Kingdom on Earth.