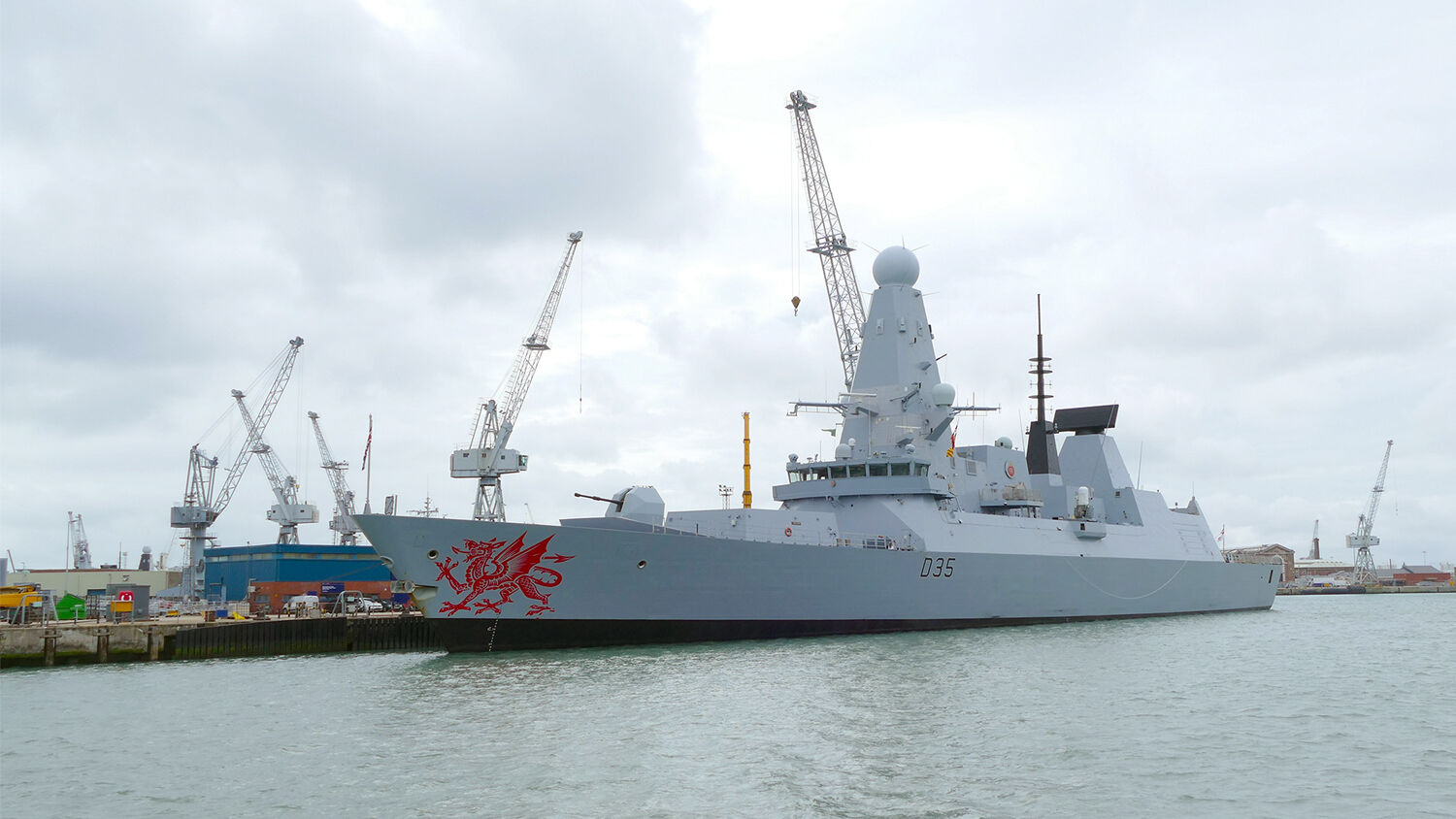 hms St. Albans of the Royal Navy tracked a Russian vessel along the coast of Scotland.
Universal History Archive/UIG via Getty Images

The recent Christmas holiday was marked by an increased presence of Russian warships in and around the waters of the United Kingdom. The Russian warship Admiral Gorshkov passed through British waters on December 23. The Royal Navy frigate hms St. Albans tracked the vessel, which sailed along the coast of Scotland for the next few days.

At the same time, Russian spy ships were spotted in the North Sea, close to British waters. The Ministry of Defense reported “an upsurge in Russian units transiting UK waters,” with the Royal Navy monitoring four different vessels.

This is the latest in a string of Russian provocations. In February 2015, the Royal Air Force was forced to intercept Russian bombers off the coast of Cornwall that flew too close to British airspace. Russia continues to grow bolder as it gets away with increasingly aggressive actions.

In our free booklet Russia and China in Prophecy, we write:

In 2007, strong evidence pointed to Russian involvement behind a massive and organized Internet attack against Estonia. For three weeks, the nation’s computer systems were under constant assault in what some called the first state-to-state cyberattack in history. In August that year, Vladimir Putin announced that the Russian Air Force would resume Cold War-style nuclear bomber flights into international airspace. That summer, Russian bombers entered UK airspace and flew on an intercept course toward the U.S. military base in Guam. “The message to the West is clear: The days of dismissing Russia as a spent force are over,” wrote the Washington Times (Aug. 19, 2007). In February 2008, American fighter jets intercepted two Russian bombers, one of which buzzed the aircraft carrier uss Nimitz.

In a recent Trumpet Daily Radio Show, host Stephen Flurry discussed the growth of Russia’s military in the last few months. It is becoming obvious that Russia is preparing for war. The political climate of the world is fast deteriorating, and Russia is revealing its readiness for conflict. Continued incursions into foreign waters and increases in war production are signs that they are flexing their military muscles. As Mr. Flurry said in his program, “They are back as a force to be reckoned with ….”

Russia’s increasing military growth and aggression matches the Bible’s description in Revelation 9:16 and Revelation 16:12 of a great power that would rise in the East. The Bible says that these “kings of the east” will ultimately amass an army consisting of 200 million soldiers. Such a large fighting force has only been possible in modern times, with the combined populations of Asian countries such as Russia, China, India and Japan.

To learn more about what the Bible says concerning Russia’s role in end-time events, request editor in chief Gerald Flurry’s booklet The Prophesied ‘Prince of Russia.’