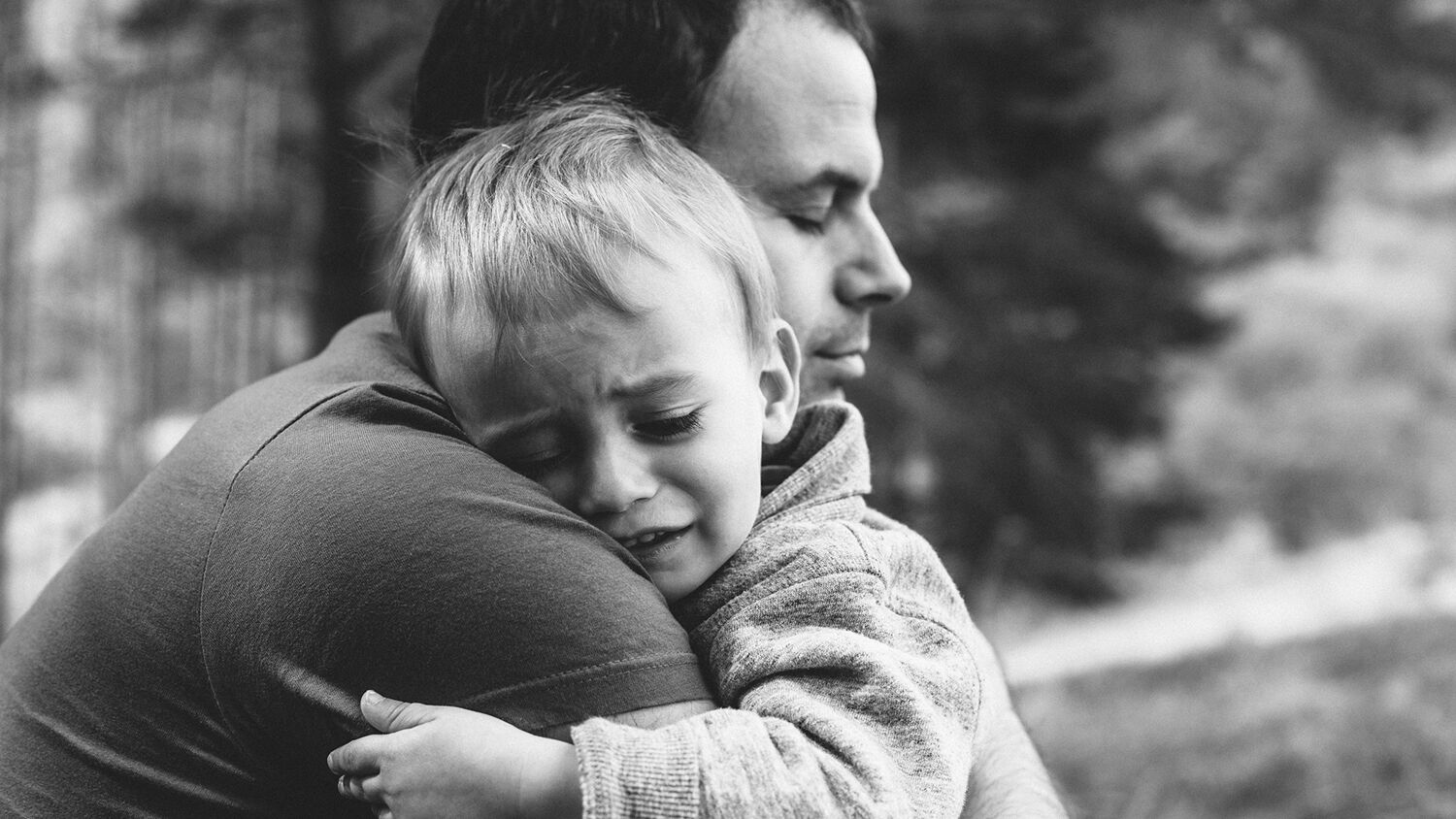 American ancestral family trees are cracking under the weight of the burgeoning addition of stepfamily.

It is not really big news that divorce causes severe difficulties for families. However, the sad and unsuspecting news is that divorce is making American families 66 percent bigger. “This holiday season, many Americans may need a flow chart to figure how they’re all related,” wrote Ben Steverman for Bloomberg.com on December 18. “What do you call, for example, your stepmother’s son’s live-in girlfriend’s 11-year-old son?” While that may sound like a humorous scenario, it is an unfortunate fact of life for many families in America.

Some statisticians say that divorce rates in the United States peaked in the 1980s and have, in some age groups, been in decline ever since. But the problems after a divorce and a future remarriage are increasing. The traditional family structure—Dad, Mom and their biological children—is under a new wave of assault. “As family structures become more complicated, a new body of research is attempting to quantify the trend,” continued Steverman. “The proliferation of stepchildren, half-siblings, and other extended relationships has important implications for how American families function.” Or should he say, dysfunction? It is safe to predict the impact of the “addition of stepfamily” trend will burden families for some time to come. Let’s look at the facts.

“Almost a third of U.S. households headed by adults under age 55 have at least one stepparent, according to a recent analysis of survey data by University of Massachusetts Boston professor Emily Wiemers and others,” wrote Steverman. That number equates to 42 million households. “Similarly, the study found that, looking at couples over age 55 who have adult children, 33 percent have a stepchild,” he continued. Using the numbers from the 2015 census, we could add an additional 8 million households, making the total number of American households having stepfamily approximately 50 million. That is no small number.

Realize that researchers include married, unmarried cohabiting couples, single parents and same-sex couples (with adopted children) in their analysis. However, this is just part of the reason why many American families are 66 percent bigger.

“The rise in divorce and remarriage is driving this growth in family size,” continued Steverman. “Over the past two decades, the divorce rate has doubled for older Americans. Almost 30 percent of people over 50 had been married more than once, according to a study by scholars at Bowling Green State University.” Think about what this means.

If an older couple with children divorces and then both of those divorced partners marry other older divorced adults with children, the numbers of interconnected family members will quickly expand exponentially! “About 40 percent of older Americans with children are in stepfamilies, according to survey data,” stated Steverman. Can you see that this is no small problem?

Who Is Obligated to Whom?

Consider the increased financial strain this places on the new interconnected families. There were likely high divorce court costs. Depending on the ages of the children involved, there is the matter of child support. Taking into account a remarriage situation, there are likely the costs of the wedding and establishing a new household. The financial output could be huge. But that is just the beginning of the financial burdens that can plague stepfamilies.

Steverman quoted Bowling Green sociology professor Karen Benjamin Guzzo: “People in stepfamilies are often unsure of what their obligations are to their stepkin. It’s not uncommon for individuals to feel like they have to choose how to spread resources across their biological and step-relatives.”

Muse on the types of questions that are likely to come up in stepfamilies. Imagine the problems with planning a vacation. For a divorced couple where both spouses have remarried, which parent takes the biological children on summer vacation? What happens to a vacation when stepchildren do not get along with their stepbrothers or stepsisters? Who wants to spend a week at the beach with bickering children? What if spouses of stepfamilies opt to go on separate vacations with their own children? That could get very costly. “Couples can fight about how much money or time they owe to children from their previous vs. current relationships,” wrote Steverman.

Now let’s reverse the situation. What happens to a stepfamily when older children must begin to take care of aging stepparents? This is happening now to the baby boomer generation. Stepparents are moving from middle age to their elderly years. Should a stepchild feel as obligated to take an elderly stepparent to a doctor as he would his biological parent? Steverman showed that “stepkids can end up with more elderly parents to take care of, and aging parents may have more children to lean on for help.” This might sound good for the aging parent; however, studies show that stepfamilies feel less connected to each other. The first-family type of familial bond is just not there. “Couples with adult stepchildren are 11 percentage points less likely to give time to their children, and 13 points less likely to receive time from kids,” stated Steverman. The increased number of kin does not make up for a weaker emotional attachment.

“Especially in the early years of a stepfamily, and sometimes many years down the road, living in what we blithely call ‘blended families’ poses significant challenges to everyone involved,” writes Patricia L. Papernow in Surviving and Thriving in Stepfamily Relationships. Ms. Papernow, herself a stepmother, is a nationally recognized expert on stepfamilies and parenting after divorce. Her book follows 13 families as they struggle through the unsuspected problems, mistakes and setbacks of becoming a stepfamily. It is an insightful book. Yet it is heartrending to read.

Stepparents must shoulder increased emotional strain coping with the complexity of building a stepfamily. Their new relationship may be great for them. But their children may not feel the same way. “Adolescents have a harder time adjusting than children under 9, and girls have a harder time than boys,” writes Ms. Papernow. This is true whether due to divorce or the death of a parent.

Most teens entering stepfamily situations are about 18 years of age. Adult children struggle emotionally as well. “Len Powell, age 57, is divorced with two adult children. After several painful years alone, Len met his new love Doris. He was thrilled when Doris and her 9-year-old twins moved in with him,” writes Papernow. “However, a year and a half later, both Len and Doris were extremely upset that Len’s 32-year-old adult daughter Lindsay still refused to accept their relationship.” This would be a good book to read for anyone contemplating entering into a stepfamily marriage—especially where children are involved. You must prepare ahead and open your eyes to the challenges ahead.

Papernow gives a wide range of examples—one is likely to match your own situation. One couple “began their new family full of hope after both had lost their partners to cancer,” she writes. “Connie had coped alone as a single mom for six years. Burt’s wife had recently died after a long fight with cancer.” Less than a year into their new family, Burt’s new wife felt his adolescent son was ruining everything. Meanwhile, Burt’s son was seeing a therapist and complaining his new family made him feel like he was attempting to “run a marathon with two broken legs.” Stepfamilies come from a range of circumstances, and all have to work to strengthen the weak bonds that naturally exist between stepchildren and stepparents. It takes strong, emotionally mature men, women and children to build a healthy and striving stepfamily.

There is no doubt that stepfamilies need effective counseling to become successful. But let’s not forget the cause of the growing stepfamily problem as reported by Ben Steverman: “The rise in divorce and remarriage is driving this growth in family size.” To truly solve the problems of stepfamily, we must stop rampant divorce. But will we? Mankind, including religious leaders and modern psychologists, has been experimenting with the institution of marriage for decades. Look at what we have brought on ourselves: family disaster and a generation of confused young people.

What is the real cause behind our staggering divorce rates? “In the modern rebellion against just about everything—including puritanical taboos—the world is tending to reject any and all authority, and is turning more and more to impulse and unbridled desire,” wrote Herbert W. Armstrong in his timeless, compelling classic, The Missing Dimension in Sex. We live in a society that has no regard for law. When it comes to marriage and divorce, we laugh at the Seventh Commandment—“Thou shalt not commit adultery” (Exodus 20:14)—and go on our merry way. What is the result? We have robbed ourselves and our families of thriving peaceful happiness.

“Now some psychiatrists are questioning the institution of marriage! Who started the marriage custom, anyway? … Do we really need any authority for what is right or wrong about sex—about marriage? Is sexual freedom by mutual consent really harmful to anybody?” Mr. Armstrong continued. When we look at the problems in stepfamilies—especially with children—can we clearly see the great harm of sexual freedom? Don’t you find it interesting that so many people in our society, who believed the psychiatrists, who tore the marriage institution apart, are now going to psychiatrists to get help to fix the staggering mess the psychiatrists helped create? Isn’t it time our suffering families got counsel from a true, problem-solving source of help? Real help is available!

Request your free copy of The Missing Dimension in Sex and its companion booklet, Why Marriage—Soon Obsolete? This literature will be sent to you free of charge, with no obligation.