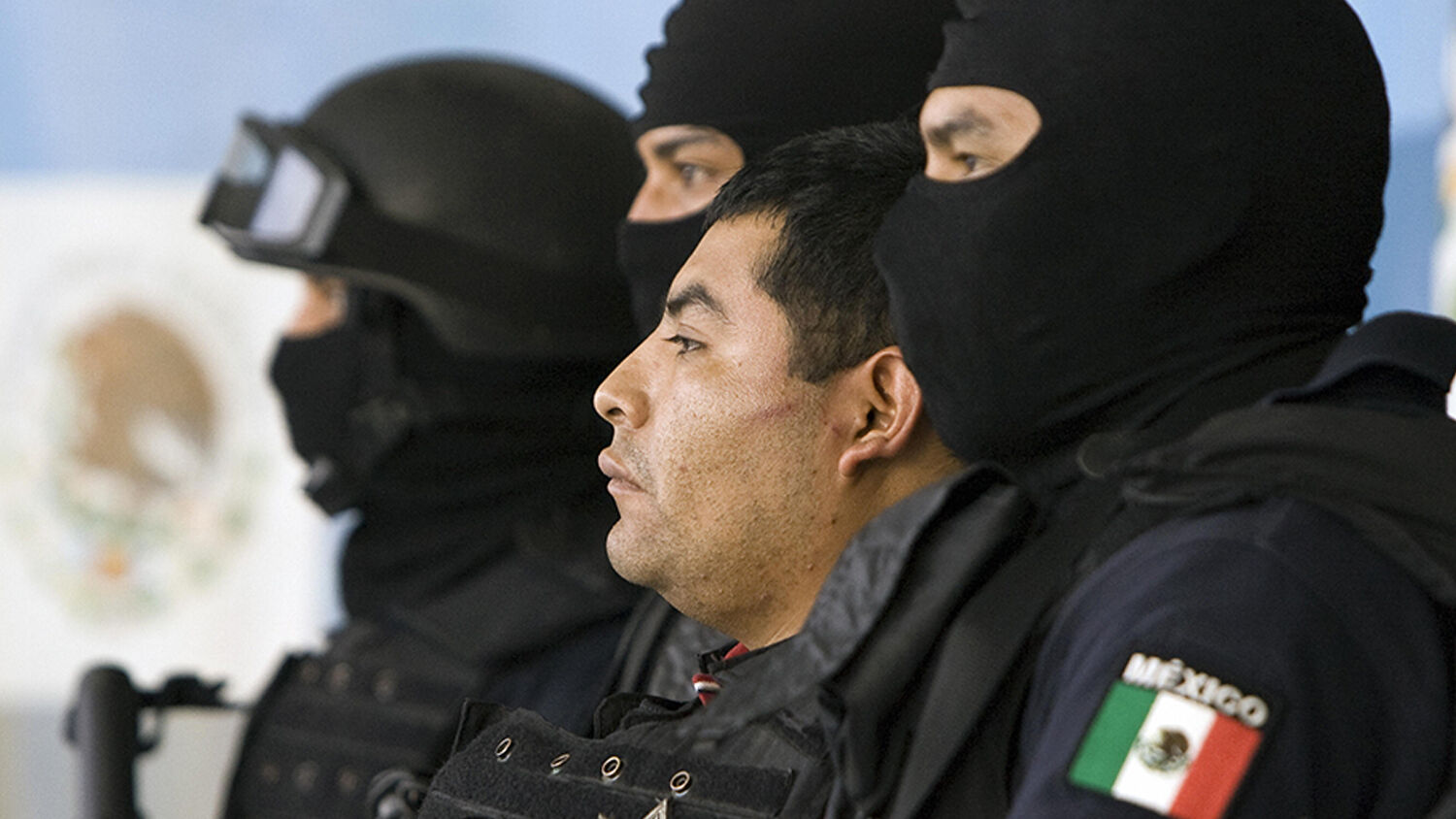 Jaime Gonzalez Duran, aka “Hummer,” founder of a group of hitmen called the Zetas, faces the press at the hangar of the Federal Police in Mexico City, on Nov. 7, 2008. Gonzalez worked for drug trafficker Osiel Cardenas Guillen, aka “El Mata Amigos” (The Friends’ Killer).
ALFREDO ESTRELLA/AFP/Getty Images

When the nation degenerates, freedom diminishes.

Mexico is suffering its bloodiest year on record. More than 23,100 people were murdered between January 1 and November 30. That is 69 people per day. This death toll surpasses the 22,409 homicides committed in 2011, the deadliest year in Mexico’s recent history. And the December homicide data still has not been tabulated.

The arrest of the notorious drug lord Joaquín “El Chapo” Guzmán in 2014 was a major victory for the Mexican government. But it also created a power vacuum in Guzmán’s Sinaloa Cartel, which had been the world’s most powerful drug-trafficking organization for 27 years.

Now fragments of Sinaloa and other drug cartels are fighting for dominance, contributing to a 25 percent spike in homicides since Guzmán’s arrest.

The Mexican government is taking drastic action. On December 15, Mexico’s Congress passed the Law of Internal Security. If President Enrique Peña Nieto signs this bill into law, it will give him the authority to put federal soldiers on Mexico’s streets to fight crime without having to consult Congress first. In some ways, this measure simply formalizes what has been happening in practice since former President Felipe Calderón launched Mexico’s war on drugs in 2006. But human rights activists worry that the passage of this law will weaken local law enforcement agencies and lead to extrajudicial killings.

“Soldiers should not be out patrolling city streets trying to investigate and prevent crimes,” said Maureen Meyer, an analyst at the Washington Office on Latin America. “Those are tasks for well-trained, professionalized police forces and a functional justice system.”

Activists have accused military officials of raping and torturing civilians in their war against the cartels. But Mexico’s Institutional Revolutionary Party argues this bill is necessary to prevent drug cartels from raping and torturing civilians. This is why a former chief of international operations for the United States Drug Enforcement Administration has called the measure a “double-edge sword.” Drug cartel violence is turning Mexico into a failed state, as the government struggles to balance between anarchy and militarism.

To fight gangs and cartels, the U.S. government sends $10 million per year to the Mexican military and $260 million per year to Mexican law enforcement and counternarcotics initiatives. And even though the U.S. government does not allow its military to get involved in domestic law enforcement, it still gives about $240 million worth of military hardware to local police departments each year. This military hardware includes airplanes, armored vehicles, helicopters, mine detectors and many other types of weaponry.

Mexico is using its military to support domestic law enforcement while the United States is militarizing local police forces. Many people are concerned about where such militarism will lead. The truth of the matter is that these problems are the direct result of a spiritual sickness that has taken root in North America.

In the U.S. especially, the majority of children grow up in broken homes that do not teach self-mastery, self-restraint, moral uprightness, integrity or respect for law. Millions of these children grow up with no sense of hope in their lives, so they try to fill the spiritual void with drug-induced moments of fleeting euphoria.

But the fruits of drug addiction only lead to family breakdown, violence and organized crime. Benjamin Franklin wrote that “only a virtuous people are capable of freedom. As nations become corrupt and vicious, they have more need of masters.” When people are out of control, when the sense of personal responsibility and morality degenerates, freedom diminishes, and people are forced to either live in a police state or in anarchy.

For more on the solution to America’s drug crisis, read our article “The High Life.”