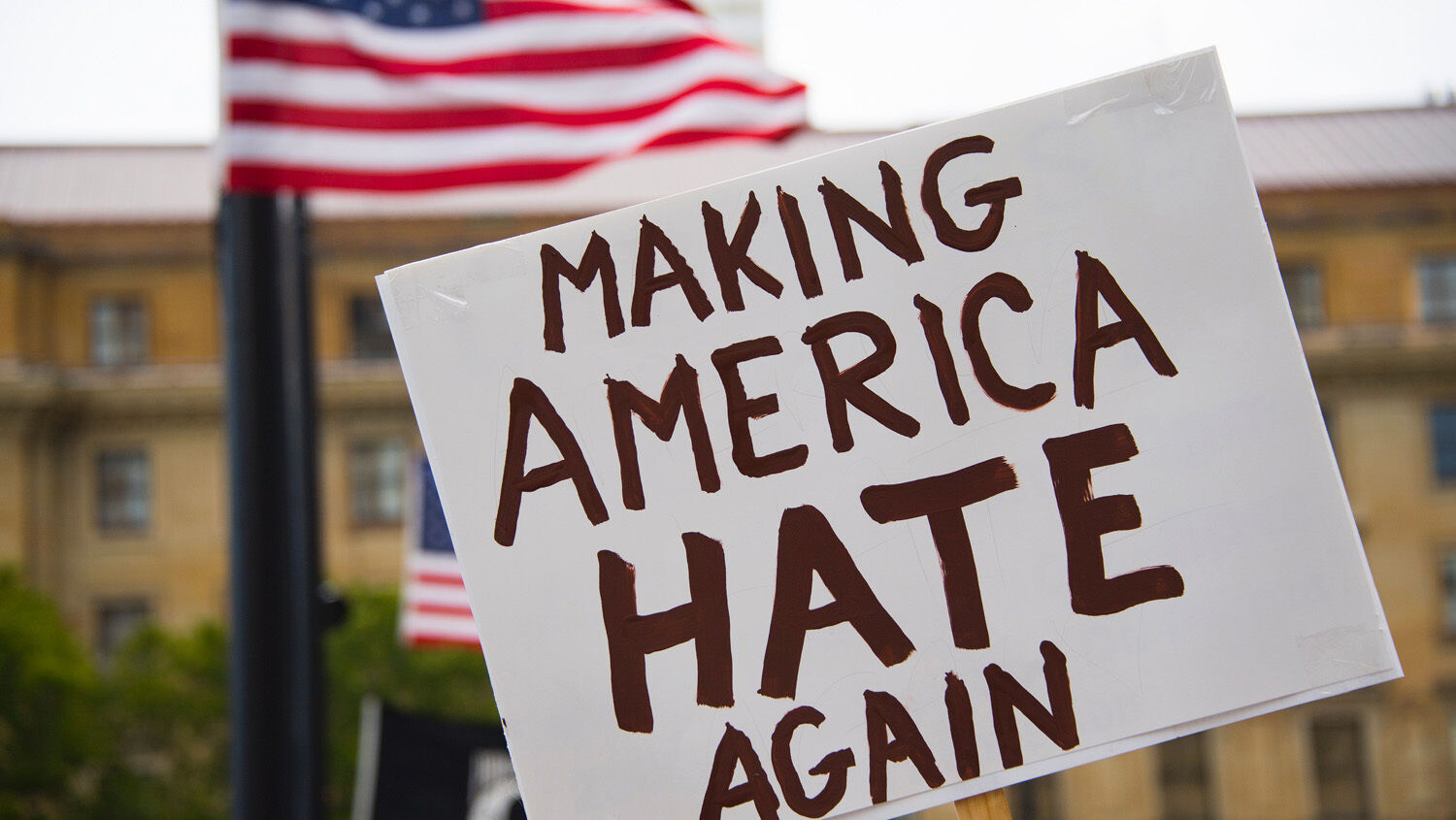 The New American Morality is rather inconsistent, but you’d better learn it real quick, because it is also extremely unforgiving.

“Make America great again” is Donald Trump’s slogan. When, then, was America last “great”? This question was posed to Alabama Senate candidate Roy Moore at a campaign rally in September. He pointed back to pre-Civil War days: “I think it was great at the time when families were united—even though we had slavery—they cared for one another …. Our families were strong, our country had a direction.”

What Moore actually said unambiguously acknowledged that slavery was wrong; he said that, setting that evil aside, there was something great about the nation when families were strong and the country was moving forward. Historians might even consider this objectively true regarding early America. But such distinctions are impossible in today’s America—where people would rather view Thomas Jefferson as a barbaric slave-owner than as the author of the language that would later set slaves free.

This is the New American Morality.

Moore was already widely considered a sex offender for trying to date girls half his age as a young man. Now—according to the crude, subtle-as-a-jackhammer Moral judgment of enlightened America—anyone who voted for Moore is not just an enthusiastic supporter of child molestation and sexual predation, but also a racist who longs to reintroduce slavery. Thankfully he lost his election, so the Senate won’t be corrupted by his influence—or so the thinking goes.

Can you follow the Moral logic? You may have trouble, because the New American Morality is rather inconsistent. But you’d better learn real quick, because it is also extremely unforgiving.

The Moral mainstream media, the Democrats and even the Republican establishment treated Moore like a convicted pedophile because of allegations from 40 years ago, some of which were proved false. Meanwhile there is a growing movement to normalize actual pedophilia: It is depicted sympathetically in certain Hollywood movies and mainstream news sources; psychologists and activists are pushing it along the same path toward societal acceptance that they once did homosexuality. Truly Moral people don’t condemn others for these irrepressible inborn inclinations.

The New American Morality says that all men are rapists and potential rapists, and should be feared and contained. At the same time, it says that if one of these men believes he is a woman, that is truth. We all need to play along. We should allow this man into women’s bathrooms, and anyone who is uncomfortable with this is a bigot. Bigotry is Immoral.

It is now Moral to allow children to choose their gender from their earliest years. It is Immoral to encourage them to conform to gender stereotypes, such as instilling in boys a duty to protect girls.

For a man to prey on a woman is clearly Immoral. But if he’s married, it is also Immoral for him to avoid being alone with a woman, whether to avoid temptation or the appearance of evil—because that would hold back her career.

Fornication and out-of-wedlock birth: Moral—and woe to anyone who would try to stop it. Pornography so ubiquitous that it is readily, regularly viewed even by children: Moral. Same-sex “marriage”: Moral. Heterosexual marriage: Might be OK, as long as the man isn’t the head of his family, which is a form of oppression, and Immoral.

New generations, growing up under the New American Morality, are learning it well. They are scrupulously not judging each other—nay, zealously encouraging each other—for many beliefs and acts that would have been considered wrong in less enlightened times. And they are diligently using their exacting Moral measure to condemn those who fall afoul of the New Morality.

They have largely come to hate the country that gave them all their freedoms and prosperity, for all its Immorality—its intolerance, bigotry, slavery, systemic racism, cultural appropriation, capitalist greed, exploitation, class oppression, sexism, misogyny, homophobia, transphobia, imperialism, war crimes—and the list goes on ad nauseam. Living in the most prosperous, free, inclusive nation in human history, Moral America views it as a candidate for the most exploitative, racist, oppressive, Immoral nation in history.

Yes—woe! Can a nation so wracked with division and self-loathing, so wholehearted in its adherence to a perverse moral standard, survive?

Ancient historian Polybius noted, “[T]here is in every body, or polity, or business a natural stage of growth, zenith and decay.” It is clear which of these stages America is in.