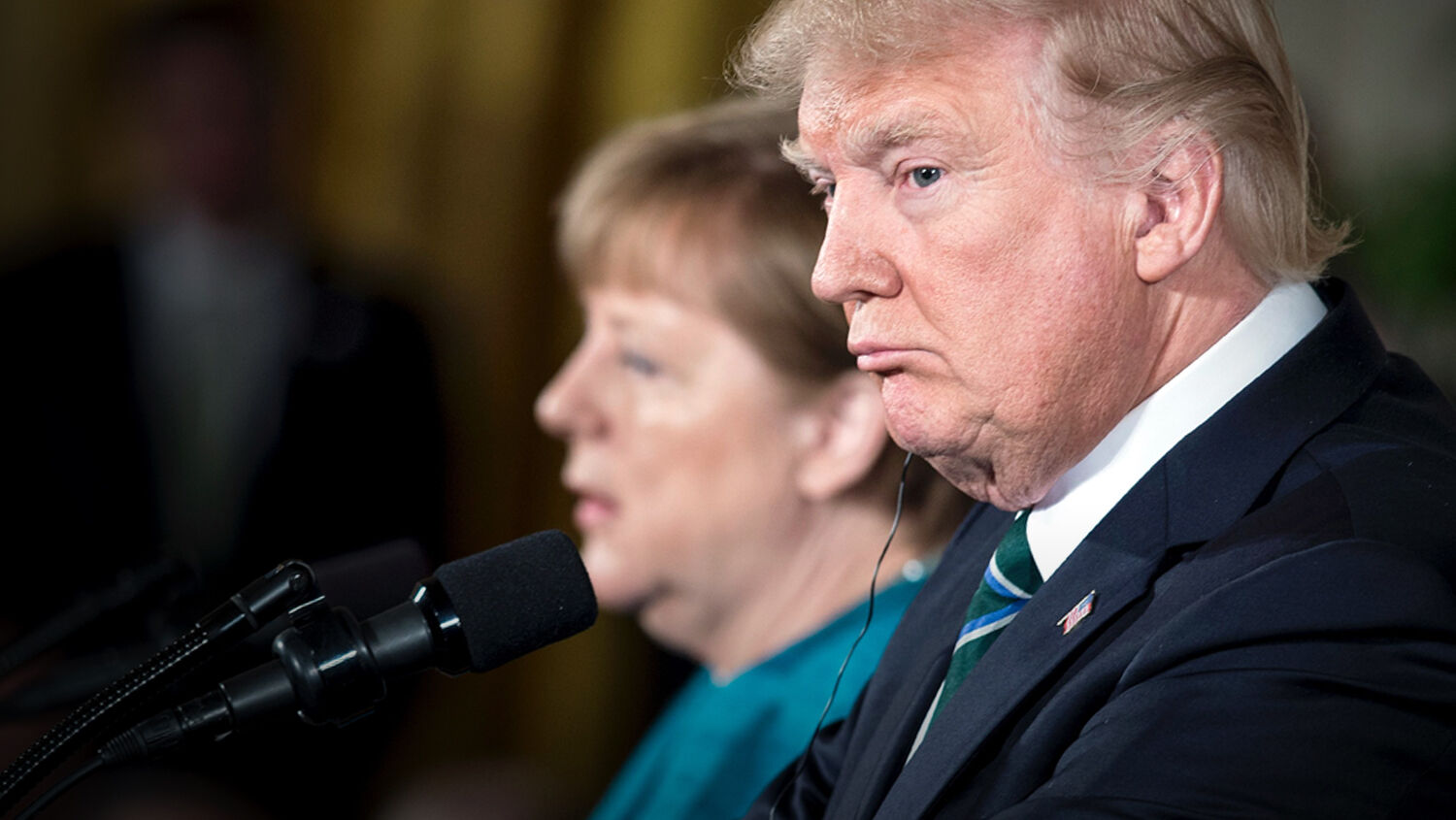 Since the end of World War ii, America has been a strong ally of Europe, but that has been changing. Speaking to an audience of politicians and government representatives at the Koerber Foundation on December 5, German Foreign Minister Sigmar Gabriel said that relations between Europe and the United States were beginning to “crumble.” He pointed to America’s withdrawal from the world stage as a contributing factor: “The U.S.’s retreat (from its international role) is not due to the policies of only one president. It will not change fundamentally after the next elections.”

Gabriel is correct: America’s disengagement isn’t due to just the current president. It began largely under President Barack Obama, whose message to the world was that America wasn’t exceptional and that it had no business policing the world.

This retreat has continued under President Donald Trump, only in a different form. Since taking office, President Trump has made clear that he intends to put America first, only getting involved on the world scene as it benefits America. As a result, he has implemented a number of policies that do not cater to German preferences. President Trump did not certify the Iranian nuclear deal; he is saber-rattling with North Korea; and today he recognized Jerusalem as the united capital of Israel. These policies fly in the face of Germany’s vision for the world. In addition, President Trump has criticized Germany for not paying its fair share to nato and for its trade imbalance with the United States.

In light of America’s retreat and criticism, Gabriel went on to say that Germany needed to take on a more self-directed foreign policy, rather than looking to the U.S. “Germany cannot afford to wait for decisions in Washington or to just react,” he said. “We have to describe our own positions and if necessary also make clear to our allies when the limits of our solidarity are reached.”

These are shockingly strong words for a nation that has comfortably sat back for years as America took the lead. Since the end of World War ii, Germany has been reluctant to get involved in world affairs on its own. Despite recent pressure over the last decade to take a more active role in world affairs, a majority of Germans still feel that their troubled past disqualifies them from taking on a dominant role in the world. Those feelings are changing, however. America isn’t taking the lead anymore, and Germany doesn’t like where it’s leading when it does. Europe, dominated by Germany, is ready to cut itself loose from America.

Gabriel is not alone in his view of America. Many Germans feel that the U.S. can no longer be trusted. A recent study conducted by the Körber Foundation found that after illegal immigration, many Germans see America as the biggest challenge to German foreign policy. The poll found that Germans are more concerned about the U.S. (19 percent of those polled) than they are about Turkey (17 percent), North Korea (10 percent) or Russia (8 percent). The same survey found that 56 percent of Germans characterized relations with America as bad and they would prefer to see their government work more with France, Russia and China than with America. It found that more than a third of Germans (34 percent) would like to see their government cooperate less with America—only 56 percent want more cooperation.

Surprisingly, Americans have an opposite view of Germany. A recent Pew study found that 68 percent of Americans think that relations with Germany are good. It also found that of the major powers in the world, Americans wanted to see more cooperation with Great Britain first (72 percent) and Germany second (65 percent).

Why the dichotomy? How can Germans be so disenchanted with America, when only eight years ago President Obama wowed Germans with a speech in Berlin? And why are Americans so enamored with Germany?

One of the Trumpet’s major forecasts is that relations between Germany and America are destined to fall apart. Despite decades of cooperation, the relationship is doomed to fail. In 2006, when American-German relations appeared to be strong, we wrote:

In the long run, friendship with the U.S. is not something that Germany or Europe needs, or even wants. Europe has a well-established history of making policy decisions based on a principle of competition—not cooperation—with the U.S. Whether it be in the area of technology, trade, military or diplomacy, a German-dominated Europe has been challenging the U.S. as it emerges as a superpower in its own right. Time will prove the current friendship with America to be purely a short-term relationship of convenience.

Nearly 12 years on, current events are proving that statement true. Germany is now in competition with many of America’s policies, and the friendship is disintegrating.

At the same time, Americans appear to be oblivious to this fact, which is also extremely significant. Bible prophecy, from which the Trumpet makes its bold predictions, tells of the modern-day nations of Israel (America, Britain and the Jewish state in the Middle East) turning to their “lovers,” the Assyrians, or modern-day Germany (request our free book The United States and Britain in Prophecy, by Herbert W. Armstrong, and read our article “The Remarkable Identity of the German People” to understand more). It describes how these nations are going to be completely enthralled with Germany. The same prophecy that describes this blind love for Germany (Ezekiel 23) also describes a momentous double-cross perpetrated by Germany against America, Britain and the State of Israel. Germany is going to turn on these nations, coming against them in a full-on military attack that will take them completely by surprise. These events kick off a time period that Jesus Christ Himself calls the Great Tribulation (Matthew 24:21-22).

The crumbling relations between Germany and America are a harrowing sign of things to come. Americans may love Germany, but Germans don’t love America. All of this was prophesied in your Bible, and it is leading to the worst time of suffering this world has ever seen. More details of this double-cross and the explosive events that follow are explained in our free book Ezekiel: The End-Time Prophet.