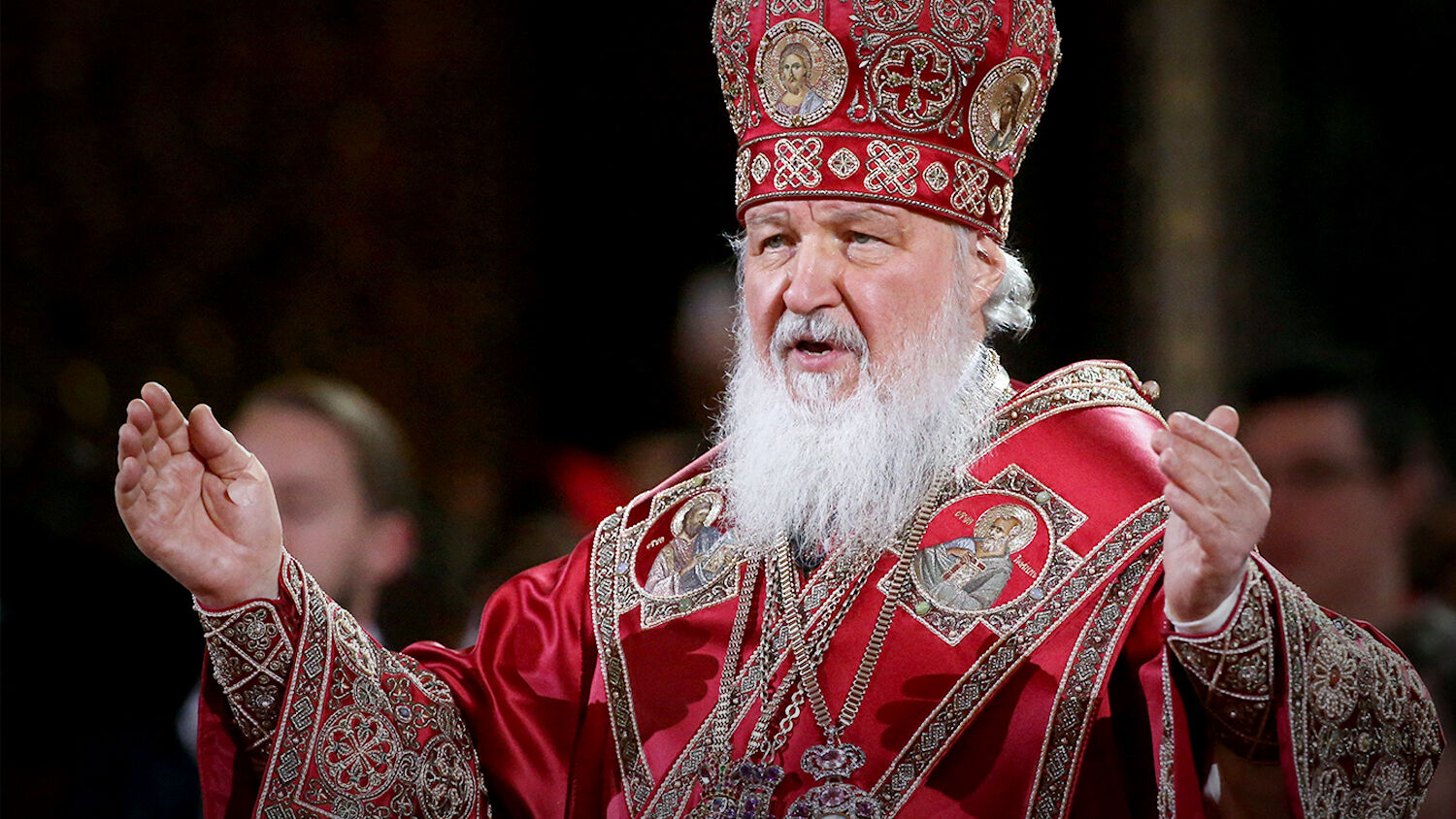 The head of the Russian Orthodox Church has warned that mankind is approaching the end of history. After a November 20 service at Moscow’s Christ the Savior Cathedral, Patriarch Kirill said, “One must be blind not to see the approach of the terrible moments of history about which the apostle and evangelist John the theologian spoke in his Revelation.”

Kirill said that the fulfillment of the apocalyptic vision recorded by the Apostle John is being brought on by sinful behavior; he urged all who love the motherland to unite and stop society from “slipping into the abyss of the end of history.”

In an interview published last year, Kirill warned that Western civilization has become godless, secular and radical. He said that the moral vacuum created by this godless civilization is responsible for the rise of terrorist groups like the Islamic State.

Other Orthodox leaders have been even more bold in their condemnation of the West generally, and of the United States specifically.

Archpriest Vsevolod Chaplain went as far as to infer that Russia’s God-given mission was to stop America. “It is no coincidence that we have often, at the price of our own lives … stopped all global projects that disagreed with our conscience, with our vision of history and, I would say, with God’s own truth,” he told Interfax in 2014. “Such was Napoleon’s project; such was Hitler’s project. We will stop the American project too.”

Once the Russian Orthodox Church defeated American secularism, Chaplain explained, Russia would assume its rightful, leading role in the world.

Russian political analyst, strategist and philosopher Aleksandr Dugin sees Russian President Vladimir Putin as an Eastern Orthodox czar, warring against the forces of the antichrist in an apocalyptic struggle.

Putin is our “katechon,” Dugin told Catholic News Service, referring to “the figure mentioned by St. Paul in his writings concerning the end of time.” The Greek word katechon is used in 2 Thessalonians 2:6-7 to describe a force that holds back the “mystery of iniquity.” In Dugin’s worldview, this “mystery of iniquity” is a secularizing force at work in Western countries, and Putin is the leader preventing the coming of the antichrist.

“We consider this a holy war,” Dugin said. “We defend the identity of Russian traditional society, and that means we are defending Orthodox Christianity.”

While most Russians do not speak in terms of holy war, Putin has been reaching out to the Russian Orthodox Church in recent years. And as amazing as it sounds, the Bible really does mention a prince from Russia who will play a major role in the end-time apocalypse.

Trumpet editor in chief Gerald Flurry writes the following in his booklet The Prophesied ‘Prince of Russia’:

I believe Ezekiel 38:2 actually revolves around the prince leading the 200 million-man army, which includes China and other nations. But the two key nations are Russia and China.

God shows us in the Bible that this prince holds a very significant worldwide role. He is a famous and greatly feared world leader.

The book of Joel actually refers to this massive Asian army as God’s army. This is not due to its righteousness, but because God will use this army to fulfill a step in His plan.

God prophesied that He would use an enormous Asian army led by Russia and China to punish a group of Western nations for their sins. Unlike what today’s Orthodox leaders say, this group of nations will not be led by the United States. Numerous other prophecies show that the United States will have already been conquered by a revived European empire by the time this 200 million-man army begins to march (Daniel 11:40-44; Isaiah 10:5-6; Hosea 5:5).

Yet because this European empire shows no mercy to its captives, God uses an Asian army to punish the Europeans for their sins. The armies of Europe and the armies of Asia will clash in a struggle for world supremacy. Jesus Christ prophesied that the fighting would be so devastating that it would wipe all human life from the planet if He did not intervene to stop it (Matthew 24:21-22).

Russia has an important role to play in punishing the nations of Europe for their sins, but Vladimir Putin will not be the one to usher in an era of global peace and prosperity. The only event that will bring this about is nothing less than the return of Jesus Christ to reign as King of kings and Lord of lords.