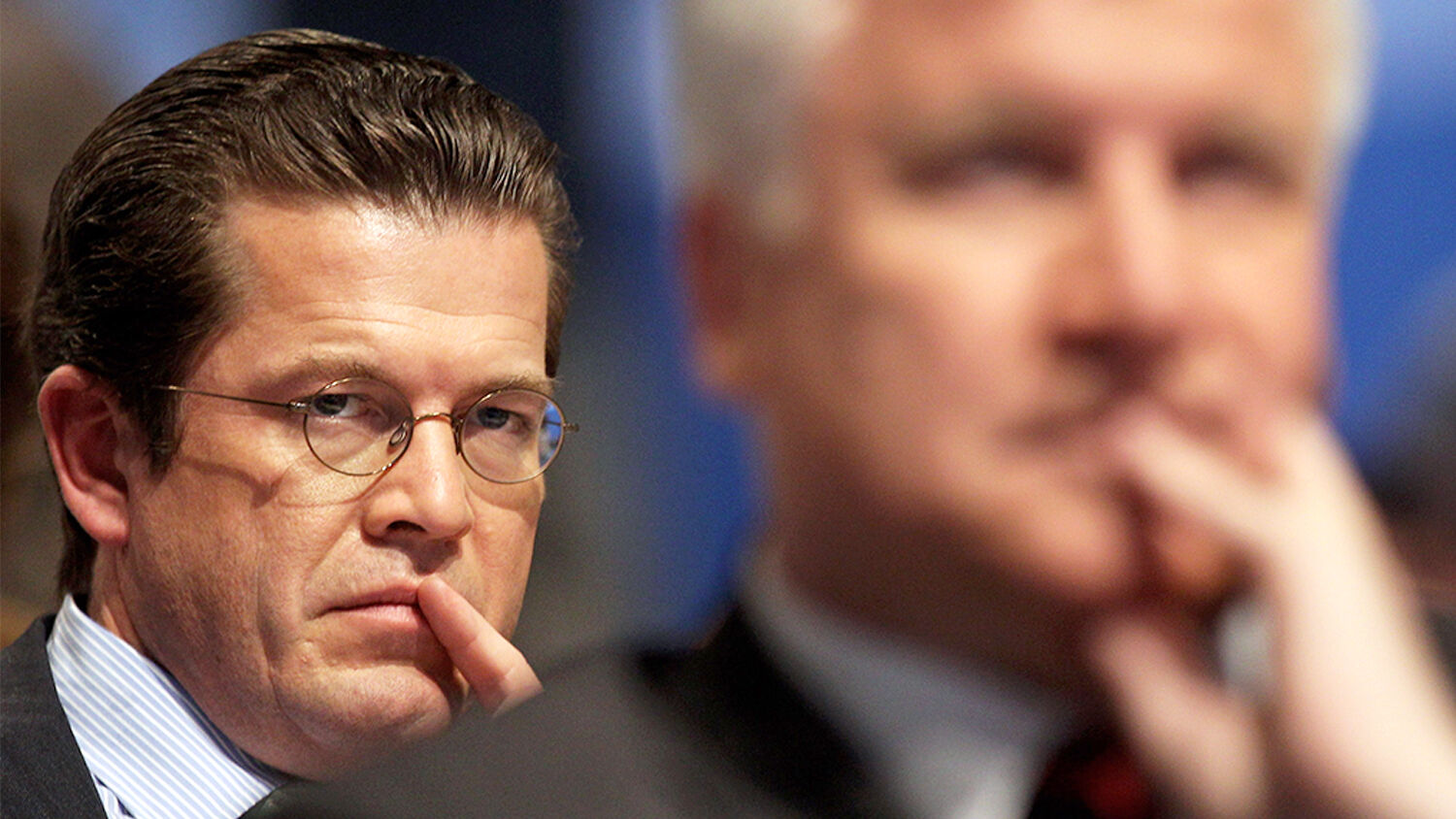 Germany’s political earthquake hit the state of Bavaria on December 4 when long-time premier Horst Seehofer announced he would step down next year. He will be replaced by one of his biggest rivals: Markus Söder. But Seehofer said that he intended to maintain leadership of the Christian Social Union (csu). This means Söder’s appointment as state premier does not end the power struggle in the csu—it merely marks a “new chapter” as Süddeutsche Zeitung noted (Trumpet translation throughout).

Of Germany’s 16 states, Bavaria is the only one ruled by the conservative csu. Despite this, the csu has been able to hold, together with its coalition partner, the Christian Democratic Union, a majority in the federal parliament for decades. The csu has ruled Bavaria on its own since 1966, except between 2008–2013 when it had to form a coalition. Other state governments have had to create multiple unstable coalitions.

But the September election revealed a vulnerability in the csu’s majority in Bavaria. The csu stronghold is under threat, and it desperately needs a savior.

The party received less than 40 percent of the vote on election day—a historic low. What might have seemed like a great result for almost any other party is a disaster for the csu. Furthermore, Germany’s far-right Alternative für Deutschland (AfD) was successful in Bavaria, receiving a double-digit share of the vote for the first time. Bavaria’s ability to form a majority government and to prevent the rise of another right-wing party is in jeopardy. State elections will be held in the fall of 2018. Receiving only 40 percent of the vote in the elections in Bavaria would be unacceptable, so the csu is frantically seeking new leadership.

The csu experienced its glory days under the rule of the late Franz Josef Strauss. He became chairman of the csu in 1961, and Bavarian premier in 1978. He ruled both until his death in 1988. Strauss is still celebrated as the icon of the csu, and few have managed to fill his shoes. In 1980, the union party between the csu and the Christian Democratic Union (cdu) chose him as their candidate for the chancellor. This was a first for a csu leader; Edmund Stoiber is the only other csu leader to have received this honor.

Strauss’s death started a series of power struggles over the csu leadership that turned the party into a spectacle for the German media. The state leader is a celebrity beyond Bavaria’s borders—so much so that many people in other states are more familiar with the Bavarian premier than those in their own states. The media even calls the Bavarian state premier “Bavaria’s king.”

Today, the csu leadership is far from stable as the party is divided into factions.

The late Herbert W. Armstrong believed that a strongman like Franz Josef Strauss had the potential to rally behind him not only Bavaria but all of Europe. The csu dreams of another king like Strauss. Europe needs the leadership such a strongman can provide. The question is, Will Söder qualify as Bavaria’s next king?

The turmoil in the party, along with the people’s discontent, were too strong for Seehofer. But no one candidate is qualified to take on both of his responsibilities. Bavaria’s leadership is again to be divided into two heads: Seehofer will continue as csu chairman while Söder governs as state premier.

Bavaria has fallen into the undesirable situation of a split in leadership. Historically, such a situation has never been a success and only lasts as an unstable transition period.

Not only is this split in leadership undesirable, but Söder is seen as merely the last resort. Though he has many supporters, his critics are even more vociferous than Seehofer’s and even most of the media question his qualifications. Söder is viewed as a divider who used controversy to his advantage. Now the divider is being called on to unify the csu during one of its greatest crises.

Süddeutsche Zeitung highly doubts his qualifications, calling it a “tragedy that deals with the emaciating and failure of a party.” Furthermore, it suspects that “Söder’s nomination did not end the war in the csu but only marked the beginning of a new chapter.”

Not only was Seehofer unable to keep the csu majority and prevent the rise of the AfD, he also could not prevent the rise of rivals to his Bavarian throne. But Seehofer still has a few cards to play before the power struggle is over. Söder now faces the quadruple challenge of sharing leadership with his rival, trying to unite a torn party, pleasing an upset electorate, and suppressing the vultures that await his failure. Seehofer does not want to hand over the party leadership yet. csu honorary chairman Stoiber admonished Seehofer to not leave the field at halftime: “The game is not over yet.”

The reason Seehofer keeps fighting goes beyond just delaying Söder’s rise. Spiegel Online has speculated that Seehofer is holding on to his office to reserve it for yet another rising player: Karl-Theodor zu Guttenberg. Before Guttenberg’s resignation in 2011 due to a plagiarism scandal, he was seen as the csu’s greatest hope. Seehofer and other csu leaders, like Stoiber, have not lost that hope. They continue to plan this charismatic leader’s return.

On April 24, Spiegel Online asked: Why does Seehofer hold on to his power? Is it just to keep Söder out as long as he can? The answer is:

No. Those who know Seehofer, suspect that he could pursue another plan. A plan that should keep Söder not only down for some time, but possibly permanently. The plan could go like this: Gain time and hope for Mr. Right. Hope for Karl-Theodor zu Guttenberg.

If former defense minister Guttenberg would return from his U.S. exile to Germany and demand the leadership of his party, he would win it in no time.

This is not unfounded speculation. All in Germany know that Guttenberg is the one Seehofer wants as his successor. In the weeks leading up to the September federal elections, we saw more support for Spiegel’s observation. Upon Seehofer’s request, Guttenberg reentered the Bavarian stage with great success. People were so captivated by his speeches that he garnered more attention than even Chancellor Angela Merkel or any of her rivals. Some even exclaimed that he spoke like Franz Josef Strauss. There couldn’t be a greater honor conferred on a csu politician than to receive such a compliment.

Despite all the attention and praise, Guttenberg still rejected invitations to take over the party leadership. Even though he has the best qualifications, he’s also the most reserved about his aspirations. Many think his silence means he has no desire to rule. But notice what Bild said about a key to ruling in Bavaria: “For the Christian Social Union, the 11th commandment (some say the first) is: Do not openly voice your power ambitions unless you are sure of your majority.”

Guttenberg has obeyed this commandment perfectly—so much so that even many in his own party have lost hope of his return. But Guttenberg could be playing a perfect game of deception, waiting for the perfect moment for a comeback—a time when the crises become unbearable and his leadership is most desired.

Guttenberg is wise to wait. Other candidates for the leadership remain, who will quit the race when they fail to rise to the challenge. Sooner or later, it will be obvious that the leadership vacuum both in Bavaria and in Berlin will exceed the qualifications of the current leaders. The time is quickly approaching when Germany will cry out for a strongman.

In A Strong German Leader Is Imminent,Trumpet editor in chief Gerald Flurry writes:

Daniel 11:21 prophesies that this strong leader will come into power “by flatteries”—probably not by votes, but through a coalition government of some kind. We need to watch Germany and Europe carefully. Although Bible prophecy gives us the outline of how it will unfold, we don’t know the details.

Starting as Bavaria’s king, Guttenberg might seize the chance to eventually rule all of Europe. Prophecy is clear that Germany will get its strongman, and the paths to this outcome are becoming clear. If nothing else, the power struggle in Bavaria is worth watching. Request our free booklet A Strong German Leader Is Imminent to learn where a German strongman will lead Europe and the world.