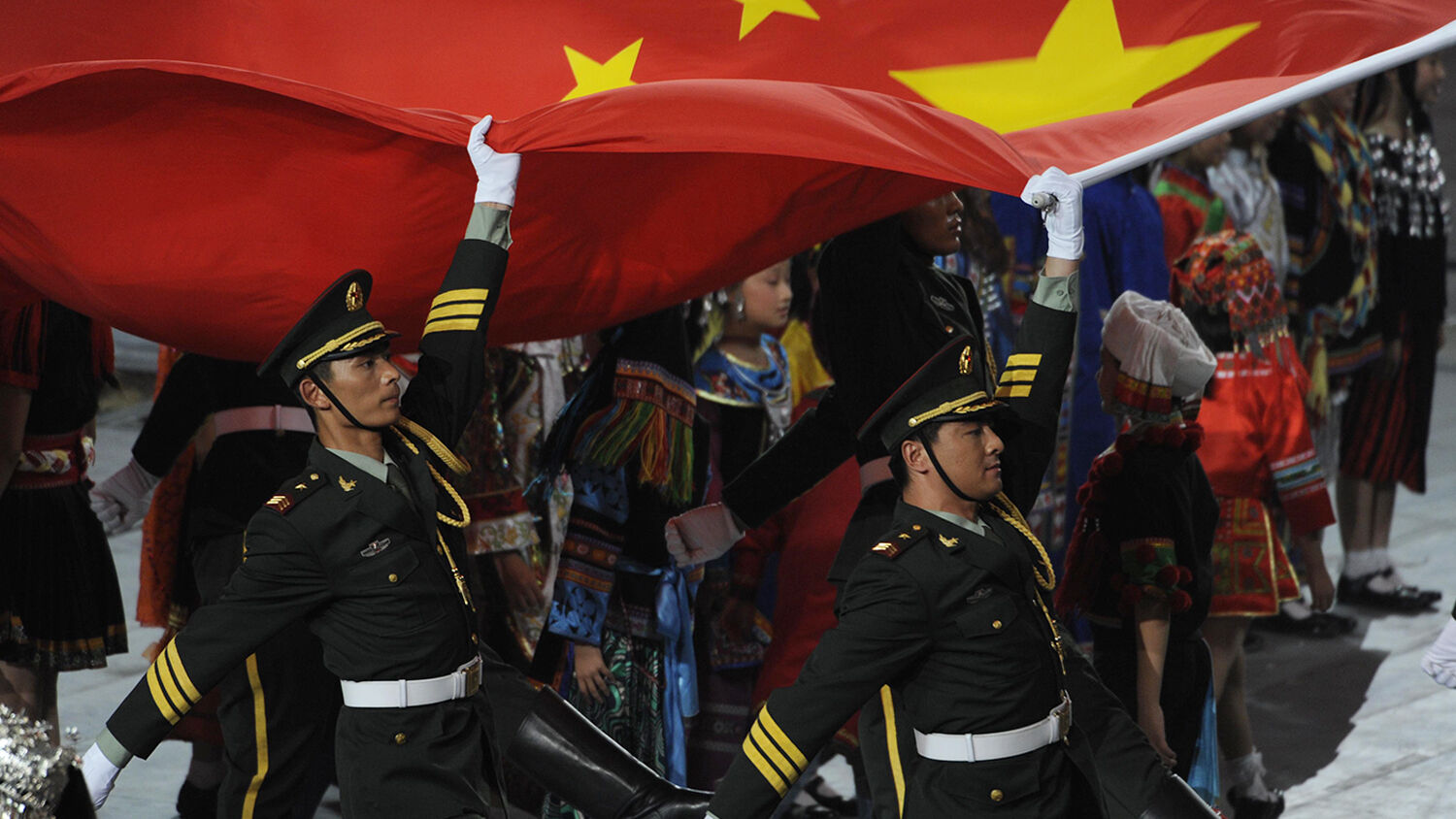 Pax Americana is coming to an end—and not because the Pentagon’s budget is too small.

For the past 72 years, the world has enjoyed a long period of relative peace. Since the United States and its allies have been the powers primarily responsible for keeping this peace, journalists and historians have taken to calling the time period since World War ii the American Peace, or Pax Americana. Now, the rise of nations like China, Germany, Iran and Russia threatens to bring this period of American dominance to an abrupt end.

At present, China seeks the ability to control East Asia, dominate the South China Sea, operate at will in the East China Sea, overpower any Asian competitor (notably Japan), and compete with the U.S. in the region.

Even though the U.S. defense budget of around $600 billion dwarfs China’s estimated spending of perhaps $200 billion (exact figures are hard to obtain, although Beijing certainly has the second-largest military budget in the world), the military balance is approximately equal in East Asia. China’s $200 billion focused on regional security roughly equals the U.S. spending and presence in the Pacific. Importantly, Chinese military spending and operations are increasing, while the U.S.’s are largely static.

Stavridis argued that since there is no likely scenario where large numbers of U.S. ground troops would have to fight Chinese ground troops, the balance of power between these nations is best measured by naval and air forces. While the U.S. has a decided advantage over China in both these areas on a global scale, the two powers are more or less on par in terms of their military presence in East Asia. This makes it difficult for the U.S. to defend Asian allies like Japan, Taiwan or the Philippines without mobilizing resources from other parts of the world. Such mobilization would leave U.S. interests vulnerable in other regions.

Defense officials once took it for granted that the U.S. should be prepared to fight two major wars simultaneously. But the Pentagon abandoned this strategy in 2010 and shifted its focus to fighting terrorists and other “non-state” actors.

According to Heritage Foundation’s 2017 Index of U.S. Military Strength:

Overall, the 2017 Index concludes that the current U.S. military force is capable of meeting the demands of a single major regional conflict while also attending to various presence and engagement activities—something it is doing now and has done for the past two decades—but that it would be very hard-pressed to do more and certainly would be ill-equipped to handle two nearly simultaneous major regional contingencies. The consistent decline in funding and the consequent shrinking of the force over the past few years have placed it under significant pressure.

Many nations are waking up the fact that while the U.S. military may still be the strongest in the world, it is not strong enough to prevent major conflicts from breaking out across the globe. This is why nations across Europe are working to build a united European military. This is why nations across Asia are looking to Russia and China for security. As interest on the U.S. national debt consumes an ever increasing share of the U.S. budget, it is inevitable that Pax Americana will be replaced by a new multi-power world order.

The real reason for the looming end of Pax Americana, however, is not that the Pentagon’s budget is too small. There was a time in American history when people understood that military victories were a blessing from God. When George Washington fought the American Revolution, he knew that freedom from Great Britain was impossible without divine intervention. So he proclaimed “a day of solemn fasting and humiliation to implore of Almighty God for the forgiveness of the many sins prevailing among all ranks.” Likewise, when Abraham Lincoln led the nation in America’s Civil War, he declared that “we should, above all, be very grateful to Almighty God, who gives us victory.”

Today, most Americans put more trust in military arms, foreign allies or the “goodness” of human nature than they put in God. In October 1961, just after an American invasion failed to liberate Cuba from Fidel Castro’s dictatorship, Plain Truth editor Herbert W. Armstrong explained why America was no longer winning wars:

Military victories are not won by armies or by force of arms. The Eternal God determines the outcome of wars! It is He—the God you have forsaken—who gives victory or defeat!

His holy Word says so! But you no longer tremble before the Word of God!

God Almighty says in His Word, which you ignore and reject, that if you turn from Him in the way that you have done—if you profane His holy things, and trust in gods of munitions and enemy “allies”—that He will break the pride of your power! He will cause your prestige to be dragged in the mire, until you are ridiculed and held in scornful contempt by other nations.

This He is now doing. But still you will not heed!

So, finally, He will cause your very allies—the false gods in whom you trust—to invade and conquer you and make you their slaves!

This is a hard message to receive, but Mr. Armstrong based his warning on prophecies in your Bible. In Leviticus 26:15-19, it says: “And if ye shall despise my statutes, or if your soul abhor my judgments, so that ye will not do all my commandments, but that ye break my covenant: I also will do this unto you; I will even appoint over you terror …. And I will break the pride of your power; and I will make your heaven as iron, and your earth as brass.”

America is losing pride in its power, because it first lost faith in its God.

Now military analysts are growing worried that America may not even have enough power left to defend all its interests around the world. The only real solution to this crisis is to turn back to the one source who has that power: God Almighty.