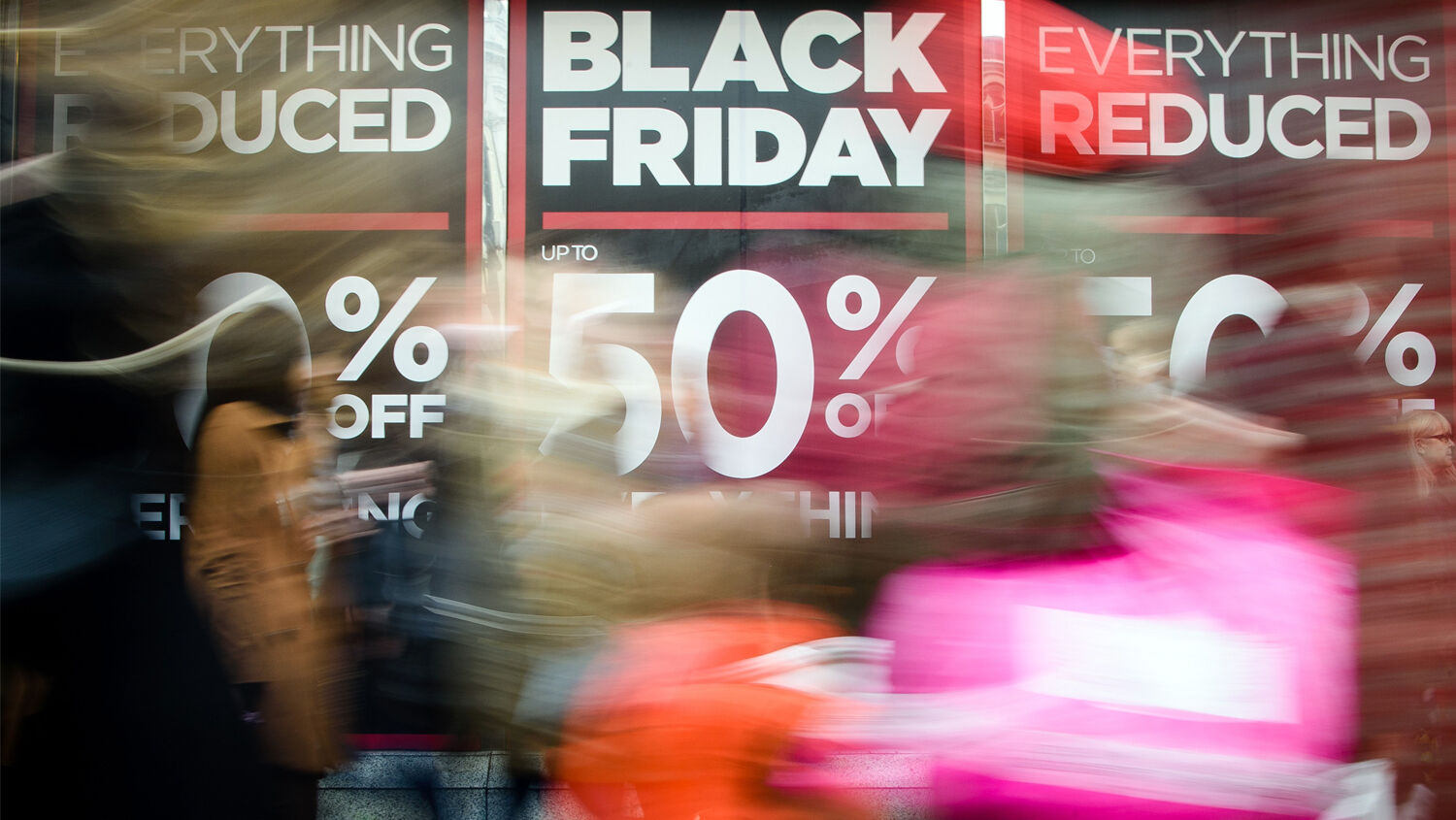 Britain has a long history of Thanksgiving, but we’re more excited about shopping.

We don’t do Thanksgiving Day in the United Kingdom. But apparently, we do Black Friday. I just had a quick search through my inbox. In the last fortnight, I have received 50 e-mails offering me “Black Friday” deals. They come from supermarkets, restaurants, online stores and more.

And the number of marketing e-mails mentioning Thanksgiving? Zero.

It’s a sign I need to unsubscribe from a whole bunch of different mailing lists. But it also says something about modern Britain. We’ll import a day of discounted shopping, but have no day of thanksgiving.

You may think that that’s because national days of thanksgiving are not part of our history. I thought that once—but it’s not true. We had a few articles and even a video on our website yesterday about times when America had turned to God in prayer, as well as some of the histories behind its day of thanksgiving.

Britain has a similar history. We just never talk about it. One of the most significant examples was May 26, 1940.

The nation stared disaster in the face. Poland, Norway, the Netherlands and Belgium had all been gobbled up by Nazi Germany. France was crumbling. Britain looked like it would have to stand alone against a Nazi-occupied Europe.

And it looked like it would have to do so with no army. Over 200,000 men of the British Expeditionary Force were trapped on the beaches of France, with little hope of rescue.

Shops closed as the Church of England, the Catholic Church, Jewish synagogues and other religions appealed to God for help. The King and Queen attended a service at Westminster Abbey, along with Queen Wilhelmina of the Netherlands, the prime minister and all the leaders of Britain. “In the cities and towns, leaders of civic life attended church on this Day of National Prayer at the head of their people,” the Telegraph wrote. “From peaceful village churches in the remote countryside, the same prayers were offered, just as in these fateful hours the same thoughts are in people’s minds.” Afterward, the archbishop of Canterbury called on everyone to pause at noon every day and pray for deliverance.

Those prayers were answered. The British government believed it could only reasonably expect to rescue 45,000 men from those beaches. Instead, over 300,000 British and French soldiers lived to fight on.

It’s no longer fashionable to attribute this miracle to God. The Dunkirk evacuations were planned from Dover Castle. I’ve been there—they have a great exhibit on Dunkirk. But it also has one huge flaw. Regarding the dramatic rescue of these soldiers, their website says, “Vice Adm. Bertram Ramsay pulled off a miracle.” When I was last there, the tour guide said something very similar.

That was not the belief of many at the time—even many journalists: They gave God credit for answered prayer.

“The fortitude displayed and the success achieved are to me, at least, miracles and an answer to the prayers which rose up from the Empire, and from millions outside it on May 26. Let us not forget to return thanks,” read one letter to the Times.

“Surely our prayers have been answered in the merciful deliverance of our Expeditionary Force from complete destruction,” another letter said. “Thanksgiving is surely as important as supplication, and there must be many who feel, like myself, that we ought to have a special day of thanksgiving to God for His wonderful answer to our prayers.” The Times wrote that these letters “are two out of a very large number addressed to the Times in the same sense.”

On June 9, Britain went back to church for a national day of thanksgiving. “One thing can be certain about tomorrow’s Thanksgiving in our churches,” wrote the Times. “From none will the thanks ascend with greater sincerity or deeper fervor than from the officers and men who have seen the hand of God, powerful to save, delivering them from the hands of a mighty foe, who, humanly speaking, had them utterly at his mercy.”

Even Time magazine spotted the connection. “Since the beginning of the war, Great Britain has observed two national Days of Prayer,” it wrote, April 7, 1941. “The first was the dark Sunday, May 26, 1940, when the fagged-out British Expeditionary Force was fleeing under torrential Nazi fire toward Dunkirk beach. Five days later, most of that Army got safely home through the fogs off Dunkirk.”

These major national and international news outlets gave credit to God for answered miracles. The entire nation celebrated a day of thanksgiving.

Nor was this the only day of thanksgiving. Britain actually had an official day of Thanksgiving, before the United States did.

On Nov. 5, 1605, Catholic terrorists conspired to destroy Britain’s Parliament and King in one go. They were thwarted, and to this day all English schoolchildren are taught about Guido Fawkes and his fellow conspirators. November 5 is now “bonfire night” and fireworks are launched in celebration.

But that was not the day’s original purpose.

In early 1606, the government passed a law to memorialize the events of November 5 forever. Why? So that “this unfeigned thankfulness may never be forgotten, but be had in a perpetual remembrance, that all ages to come may yield praises” to God.

Members of Parliament gave God the credit for their deliverance. “This great and infinite blessing,” they wrote, came “merely from God.” All the “honor, glory and praise” went to His “most holy name.”

November 5 was set aside as a day of thanksgiving—the original annual day of Thanksgiving, 16 years before the Pilgrims celebrated their harvest in Plymouth. The Act of Parliament commanded all in England to pray on that day, to “give unto Almighty God thanks for this most happy deliverance.”

That didn’t stick, the thanksgiving part of the day was soon abandoned and Britain has only really had these kinds of days at times of extreme national crisis.

Britain has so much even recent history that is set aside, along with Thanksgiving. And now we’re in the ridiculous situation of celebrating Black Friday but ignoring the day before.

The British people are now entering the most critical phase in their history. Stripped of empire, devoid of much of its material power, plagued by economic problems, its place as a great power lost, Britain—instead of looking to the God who miraculously ensured its freedom so many times throughout history—is looking to Europe for safety and security.

There was a time that Britons recognized the source of those miracles—and sought to obey their author. Churchill believed that; Montgomery and Eisenhower believed it; the Sunday Times in 1945 believed it, as did the Daily Sketch in 1946, and the Daily Telegraph in 1947; so did untold thousands of British soldiers who experienced the miracles firsthand.

The Telegraph wrote on April 7, 1947: “And miracles happen still. How many of them have we not seen enacted before our very eyes in these past few years. The history of them is now in the writing ….”

Wake up, Britain! Remember your history!

This nation has so much to be thankful for, but Britons are more interested in shopping. But our history with God holds the keys to solving the nation’s biggest problems.

For more on this history, read Mr. Morley’s article “The Inspiring History Britain Should Never Forget.”