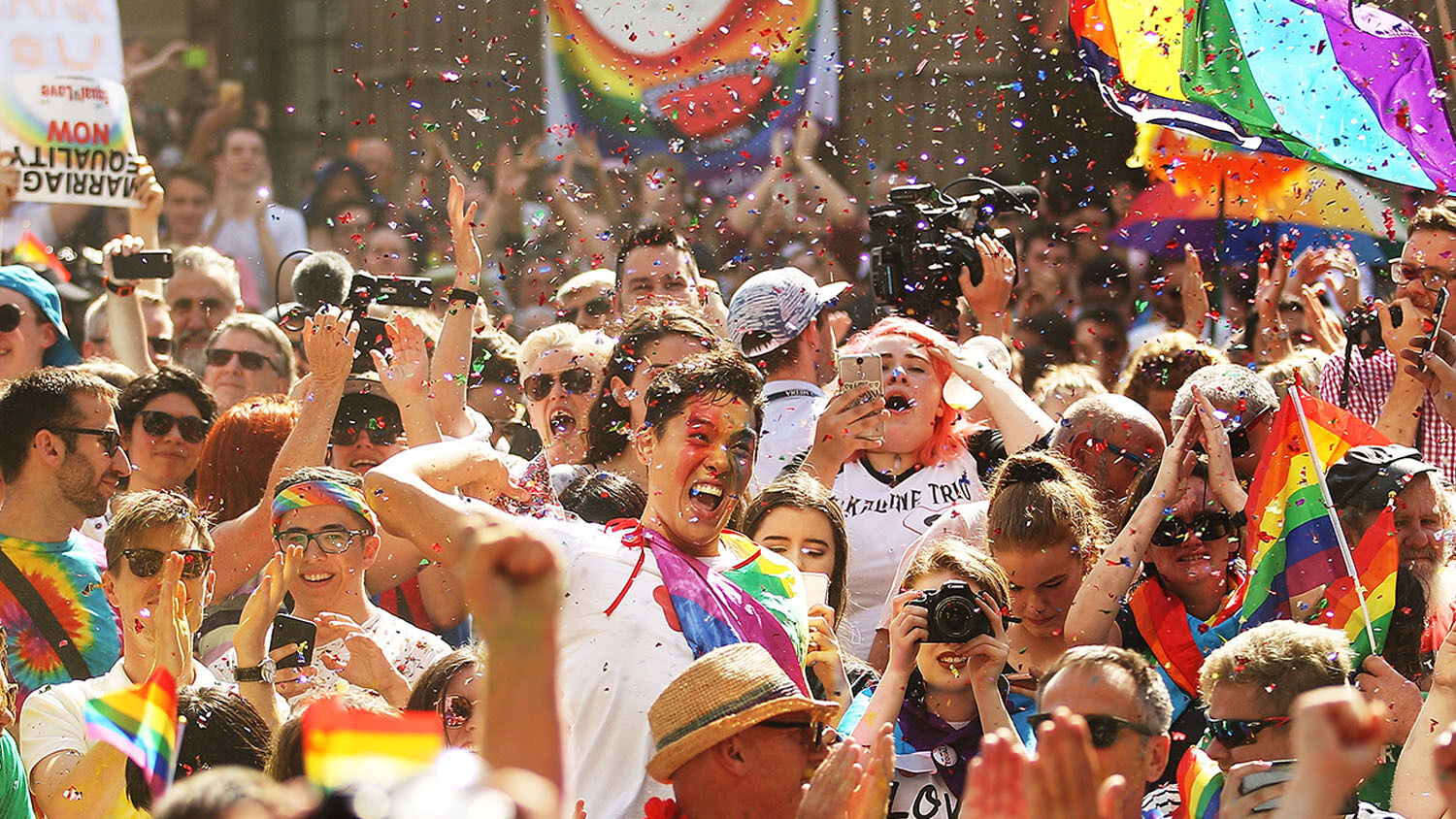 Australia voted to legalize same-sex “marriage” in a postal referendum held from September 12 to November 7. The Bureau of Statistics announced on November 14 that 61 percent of the 12.5 million ballots cast voted “Yes.”

Every state recorded a majority “Yes” result close to or over 60 percent. The highest “Yes” state per capita was the Australian Capital Territory. The homosexual heartland suburbs of Sydney and Melbourne also had strong turnouts.

The vote comes as a bitter loss for the underdog “No” campaign. It is also a blow to those hoping to see the sanctity of marriage preserved.

So what happens now?

The plebiscite is a survey, so it’s nonbinding. Prime Minister Malcolm Turnbull reiterated his promise for an amendment by the end of December. Public opinion is clear, so it is unlikely that parliamentarians will vote against their constituents.

“The Australian people have spoken,” Turnbull said. “It is up to us in Parliament to get on with it.”

What Australia REALLY Voted Against

As Joel Hilliker writes in his free booklet Redefining Family, “Until a few generations ago, the concept of marriage and family was taken for granted—generally accepted as desirable—as the basic means of rearing responsible children and producing a stable society.”

No more. Even before Wednesday’s announcement, the traditional Australian marriage had already been reshaped. The sexual revolution and sweeping liberalism of the post-World War ii era transformed marriage.

Now it will have the legal stamp of approval.

But the vote was not only against the “traditional” institution of marriage, it was also against the one who instituted it.

In his booklet Why Marriage—Soon Obsolete?, Herbert W. Armstrong wrote:

If we were mere animals, developed by evolution, marriage would never have existed.

[W]hen I started writing about family breakdown, I was also called “an Old Testament fundamentalist.” At the time, I shrugged this aside as merely a gratuitous bit of bigotry. Much later, however, I came to realize that it was actually a rather precise insult. My assailants had immediately understood something I did not myself at the time understand—that the destruction of the traditional family had, as its real target, the destruction of biblical morality.

Today, Australia, in its “enlightened” state, has chosen to do away with any remaining vestiges of God’s laws on marriage. It is doing away with biblical morality.

We do so to our shame. Many call God’s laws archaic or a repressive list of “don’ts.” But that is the opposite of what God intends. His laws, when obeyed, bring joy and happiness!

Everyone wants to have a happy marriage. But not so many want to obey God’s laws. Even fewer understand what those laws even are!

As the vote shows, Australians want to decide what they think marriage should be, not what God says. Such thinking leads to disaster. Remember, God promises blessings for obedience and curses for disobedience.

The homosexual lobby believes that changing marriage is the key to happiness. These people are wrong. It is the diametric opposite!

When we break those laws, our lives get broken. When we try to “redefine” something we did not create, we suffer. To see the proof, just look around. Our “traditional” marriages have trashed God’s laws to the point where fornication, cohabitation, adultery, divorce, shattered homes and fatherlessness are epidemic. Many people recognize the resulting crises and are desperate for answers: how to have harmonious marriages; how to control wild kids; how to bring sanity to their home and lives. Sadly, the vast majority look ahead to the latest in human reasoning, rather than back to the Creator of marriage and family for the answers.

There is no denying that we live in a world of increasing evils.

Redefining marriage and family sets Australia on a dangerous course. And it is one we have warned about for a long, long time. Why Marriage—Soon Obsolete? was first written in 1968!

Fast forward to today. This increasing volatility in this world is no coincidence. God promises an effect for every cause.

Of course, this isn’t to say that the homosexuals or those who voted yes are trying to curse the nation. Neither do they alone shoulder the responsibility for our national curses. God’s law is violated in many forms from Cape Byron to Steep Point!

So it is with marriage. Most of the “Yes” and “No” camps have simply never questioned where marriage came from and why it exists! But this doesn’t change the fact that God promises curses for disobedience. And God is the same “yesterday, today and forever” (Hebrews 13:8).

It is time to stop looking to man’s solutions to our faltering homes, marriages and families. “Equality” and a rejection of God’s law is not a key to happiness. A return to God-ordained marriage—just one element of God’s law—is.

Sadly, this is an unlikely scenario. The pro-same-sex advocate will likely mock any suggestion of a return to what the Bible records.

The downward trajectory of the West will produce far more than mere broken homes. Jesus Christ prophesied that if He didn’t return “there should no flesh be saved” (Matthew 24:22). This is where our immorality is taking us!

But as Mr. Hilliker continues in his booklet:

We can be thankful to God that His supernatural intervention in the affairs of mankind, as prophesied in hundreds of biblical passages, is now just ahead of us. In the not-too-distant future, the world-ruling Family of God will vigorously teach all of mankind the perfection, the beauty, the blessing, the majesty and the vision wrapped up within the sacred institutions of marriage and family.

For the discouraged “No” voter and the “Yes” voter, there are better times beyond the trials that face our nation today. But you the reader have a chance to experience this joy now!

Request and read Why Marriage—Soon Obsolete? and Redefining Family. These booklets can open your eyes to God-ordained marriage and the incredible blessings it can bring. And you can understand the largely misunderstood reason marriage even exists. Its true purpose has everything to do with your eternal future.

As Trumpet editor in chief Gerald Flurry wrote in his article “Guardian Angel”:

The God Family is the issue of issues in the entire Bible! The true gospel is the good news of the coming Kingdom, or Family, of God. The true Church is the Family of God in embryo today, waiting to be born as God’s sons. The physical family is a type of the God Family. If the traditional family breaks down, so does God’s master plan for man!

Request and read the aforementioned booklets. Australia might be doing away with God and His law, but you don’t have to. You can enjoy the blessings of a marriage based on biblical morality. And you can understand the incredible answer to the question, “Why marriage?”