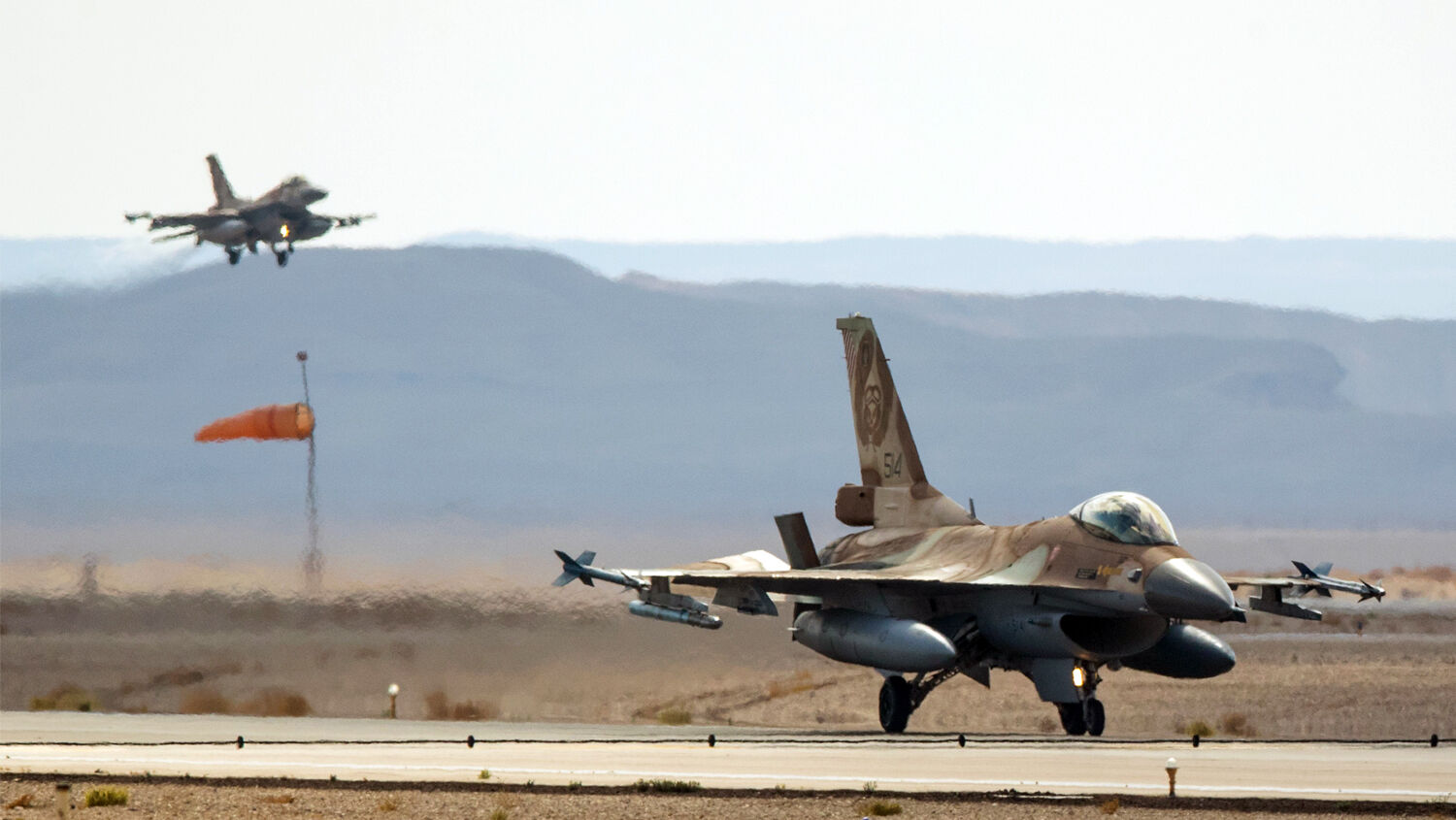 Even more historic than the size and timing of Israel’s ‘Blue Flag 2017’ exercises are the identities of its participants.

“Blue Flag 2017” is the largest international military exercise ever to take place in Israel and the largest air drill in the world in 2017. The 11-day exercise that started on November 5 is not only enormous but also symbolic. For the first time in 100 years, the German air force flew through Israeli skies.

The exercise, held at Ovda Air Base, is designed to “strengthen diplomatic relations between the countries, expose the participating militaries to new tactics and techniques, and improve military cooperation by forcing the air forces to work together,” Times of Israel noted, referencing Israeli Air Force officials.

[The involved nations (India, France, Italy, Poland, Greece, Germany and the United States)] seek to demonstrate that Israel is, despite all the criticisms over its settlement policy, not an isolated pariah state, and help forge new strategic alliances in the fight against a common enemy: radical Islam in the world. The guest list of the maneuver shows that global interests have shifted massively over the past decade—and Jerusalem has managed to gain new allies.

One of these new allies is Germany. Although Germany has been supportive of Israel over the past few decades, most of its contributions have been made behind closed doors. Many feared that open, large-scale support of Israel would provoke the hostility of surrounding Arab nations. But the joint participation in “Blue Flag 2017” also marks a new chapter in Israeli-German relations, as it sees Germany’s military openly backing Israel for the first time.

When asked what the word Luftwaffe means to him, Itamar, Israel’s base commander at Ovda, told Deutschlandfunk, “Every cooperation with Germany and Israel is very emotional. And this is also true for this project. I was there as the six fighter jets rolled into our hangars. We can’t eliminate the past. But we are looking forward. And the relationship of our aircrafts is based on trust.”

It was a particularly emotional moment for both Israeli and German soldiers alike to see their jets fly side by side: the German Luftwaffe marked with the iron cross, and the Jewish jets with the Star of David. For many, it signified a moment of trust, hope and vision, a vision that unites the two, in spite of their history.

Germany has worked decades to restore the lost trust. Notice what editor in chief Gerald Flurry wrote in his booklet Hosea—Reaping the Whirlwind (free upon request):

Now so much trust has been restored that German troops are invited into Israel. But is it too early for such reconciliation? The horrors of World War ii are just a few generations past, and the accounts of eyewitnesses are still recorded to this day. German hostility toward Jews is not just history; anti-Semitism is on the rise in Germany. Many Jews living in Germany are anxiously witnessing the rise of yet another right-wing extremist party, whose anti-immigration slogans sound all too familiar to that of the Nazis. In the recent German federal election, the Alternative für Deutschland received 13 percent of the votes and became Germany’s third-strongest party. But even though anti-Semitism is on the rise, Israel trusts Germany more than ever.

The Hebrew Bible, known as the Old Testament, is full of wonderful prophecies that speak of a coming reconciliation between Germany and Israel. Isaiah 19, for example, prophesies that a future cooperation between Assyria (modern-day Germany), Israel and Egypt will be a great blessing for all the Earth (verses 23-24). But there is yet more history to be written before that prophesied reconciliation. In fact, the Prophet Hosea prophesied of an illusory reconciliation preceding the real, permanent collaboration.

In Hosea 5:13, God warns Judah against turning to Germany for help. But modern-day Israel doesn’t trust God. Under the subhead the “German Double Cross,” Mr. Flurry writes the following in his book Ezekiel: The End-Time Prophet:

Invited in as a peace-keeping army, Germany, led by the Vatican, will set up its Middle East headquarters in Jerusalem. Despite Israel’s trust, this will not lead to the desired safety of the Jewish people—but rather, to their punishment. God calls Germany the rod of His anger in Isaiah 10:5, and until Israel learns to trust God alone, He will use Germany to punish Israel. But the Prophet Isaiah also prophesied of coming peace thereafter. Request a free copy of Isaiah’s End-Time Vision to understand the great overarching purpose that God is working out.