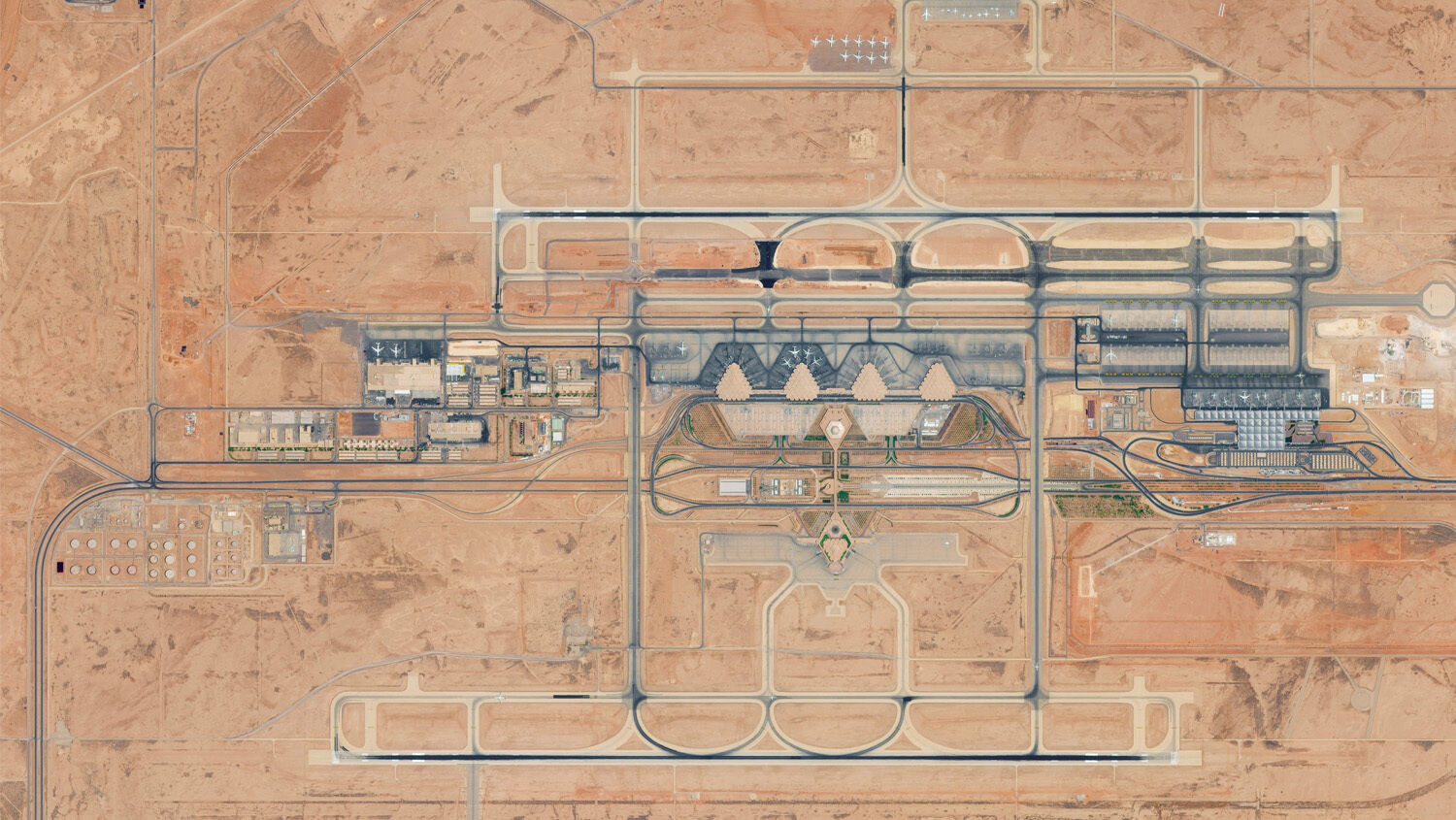 A proxy war between bitter rivals has just escalated.

Iranian-backed Houthi rebels in Yemen fired their most potent ballistic missile when they targeted King Khalid International Airport in the Saudi Arabian capital of Riyadh on November 4. The explosion may have been relatively small, but the reverberations can be felt around the world.

Out of all 77 missiles fired by the Houthis on Saudi Arabia since the kingdom led a military coalition against the rebels in Yemen in 2015, this particular one, which Saudi and American officials say was Iranian-made, was the first to reach Riyadh. It traveled some 600 miles from Yemen’s northern border before the Saudi military’s antimissile defense system safely intercepted it midflight. But the missile had come so close to its target that some of the debris from the blast landed on airport grounds.

Saudi Arabian authorities said the intercepted Burqan 2H missile was made in Iran, disassembled and smuggled into Yemen, and reassembled in Yemen by operatives from Iran’s Islamic Revolutionary Guard Corps and its Lebanese-based proxy Hezbollah. The missile strike, they said, was “direct military aggression by the Iranian regime” and “an act of war against the kingdom.” The White House issued a statement on November 8 saying, “Houthi missile attacks against Saudi Arabia, enabled by Iran’s Islamic Revolutionary Guard Corps, threaten regional security and undermine [United Nations] efforts to negotiate an end to the conflict.”

According to Sarah Leah Whitson, Middle East director at Human Rights Watch, “the Houthis’ launching of an indiscriminate ballistic missile at a predominantly civilian airport is an apparent war crime.” Enough evidence exists to incriminate all warring parties in Yemen for war crimes. Circumstantial and direct evidence also exists to incriminate Iran not only for war crimes in Yemen, but also for violating two UN Security Council resolutions on the Yemen crisis and Iran’s missile program.

United States ambassador to the United Nations Nikki Haley encouraged “the release of any information that will help to hold Iran accountable for its support of violence and terrorism in the region and the world.” She said the U.S. is “committed to containing Iran’s destabilizing actions and will not turn a blind eye to these serious violations of international law by the Iranian regime.”

The Trumpet has been watching the conflict in Yemen ever since the Iranian-backed Houthi rebels overthrew the Yemeni government and conquered the capital city of Sana’a in September 2014. That same month, an Iranian member of parliament with close ties to Supreme Leader Ayatollah Ali Khamenei was quoted by the state’s Rasa News Agency as saying, “Three Arab capitals [Beirut, Damascus and Baghdad] have today ended up in the hands of Iran and belong to the Islamic Iranian revolution.” He reportedly boasted that the fourth was Sana’a.

Iranian leaders may not actually be the ones pushing the buttons to launch ballistic missiles or storming into Middle Eastern capitals and overthrowing governments. Their proxies or affiliates, like the Houthis in Yemen, are, and they are doing so for a variety of reasons. These reasons, however, ultimately help Iran’s mullahs in furthering the “Islamic Iranian revolution.”

The Houthis said the cause of their November 4 missile strike was humanitarian and nationalistic. They wrote on Twitter: “We repeatedly affirmed that capitals of aggression states won’t be spared from our ballistic missiles in retaliation for the constant targeting of innocent civilians.” Iran’s supposed moderate president Hassan Rouhani justified that Houthi attack by asking rhetorically, “How should the Yemeni people react to the bombardment of their country? So they are not allowed to use their own weapons?”

The truth is that Iran and the Houthis are guilty of targeting and killing civilians almost as much as the Saudi-led coalition is. So says Amnesty International, the Yemen Data Project and Human Rights Watch, among other observers. A Human Rights Watch spokesperson characterized some of the coalition’s strikes as “scores of unlawful attacks” that have killed “many, many, many civilians.” Even the U.S., which significantly funds and arms the Saudis, has expressed “serious concerns” about Saudi Arabia’s guilt, and some American lawmakers are demanding full withdrawal of U.S. support of the Saudi coalition.

It is under the cover of Houthi atrocities, Saudi atrocities and the corollary humanitarian crisis in Yemen—the world’s worst—that Iran is coming out victorious in this country that once was the only democratic nation on the Arabian Peninsula.

Meanwhile, as Saudi Arabia responds to this “act of war,” it is now compelled to intensify its bombing campaign in Yemen (as it already has) and possibly strike civilians in the process—inadvertently or not. It is now driven to blockade Yemeni air land and sea routes (as it already has) and possibly worsen the shortage of food, medicine, chlorine tablets for cholera prevention and other humanitarian aid to Yemen—inadvertently or not.

This crisis could be a lose-lose situation for Yemen and Saudi Arabia. But it’s increasingly looking like it could be a win for Iran.

Bruce Riedel, the director of the Intelligence Project at the Brookings Institution, wrote for Al-Monitor on August 1:

Iran is gradually increasing its support for the Houthi rebels in Yemen. Rather than eliminating the Iranian presence in the country, the Saudi-led war is giving Tehran the opportunity to become more influential there than ever. The Houthis … will need Tehran’s backing more as the stalemate continues. … A war designed to weaken Iran is actually helping it against its regional rival.

In his April 2015 article titled “Iran Gets a Stranglehold on the Middle East,” Trumpet editor in chief Gerald Flurry wrote:

The Houthi takeover in Yemen proves that Iran is implementing a bold strategy to control the vital sea-lane from the Indian Ocean to the Mediterranean Sea.

We need to understand the gravity of this new situation in Yemen! …

The Houthis’ takeover of Yemen was not just a grassroots revolution. It was a part of a deliberate and calculated Iranian strategy to conquer the Red Sea. This strategy is revealed in a powerful prophecy in the biblical book of Daniel.

That prophecy is found in Daniel 11:40, and it describes Iran as the “king of the south” that militarily pushes at other nations.

The Trumpet has documented Iran’s prophesied role and how it has fulfilled it in various articles. “Iran Gets a Stranglehold on the Middle East” is one of the most relevant ones. If you need a deeper understanding of the prophecies about Iran, request Mr. Flurry’s booklet The King of the South. It’s free!