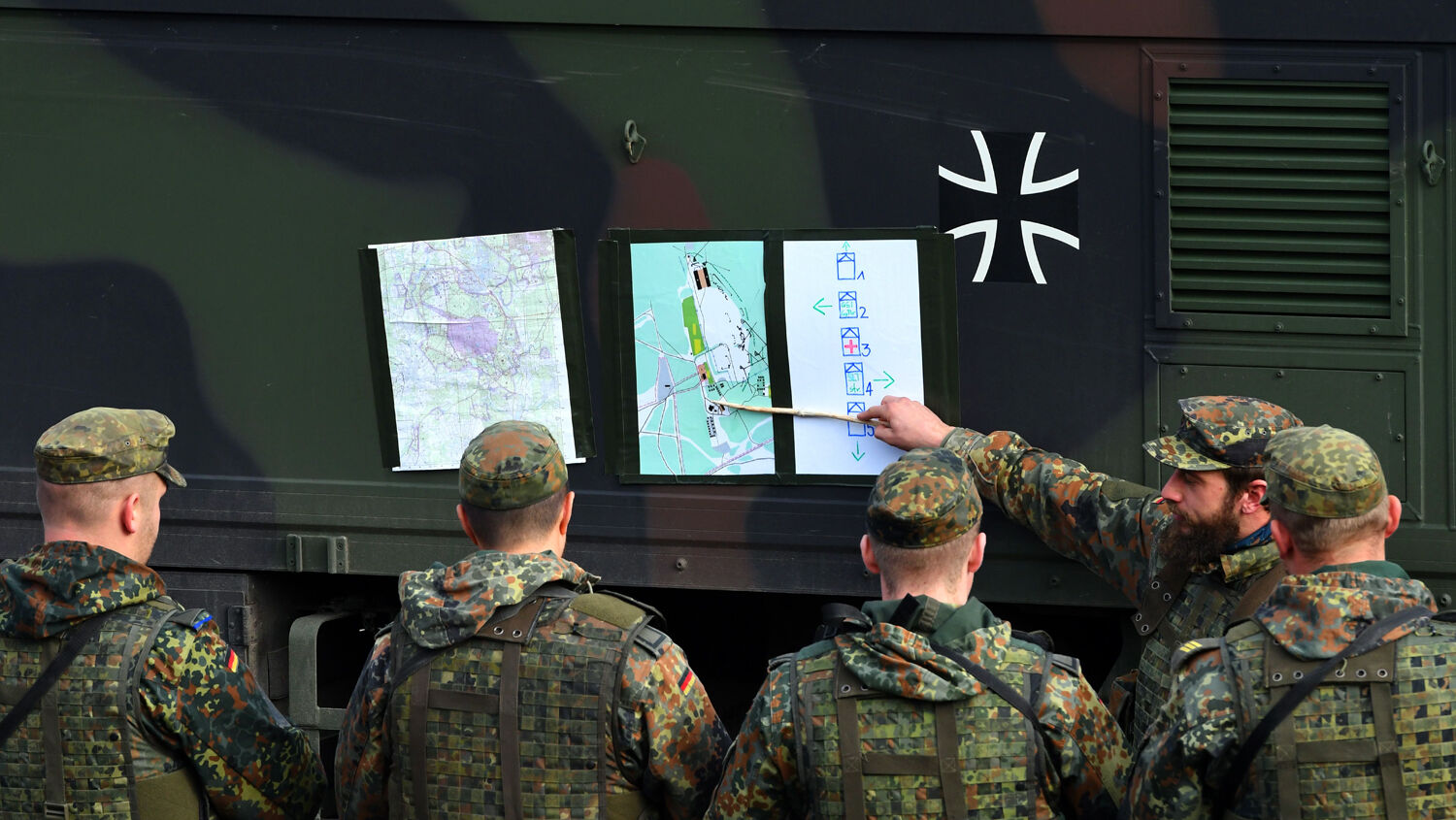 German military strategists prepare for the fall of the European Union and the United States.

The German Army is trying to work out what to do if Europe falls apart, according to leaked documents published by Der Spiegel magazine on November 4.

The 102-page document, published in February and titled “Strategic Perspective 2040,” reveals that the German Army is contemplating how to react to six political trends that could escalate in the coming years. The document describes as its sixth and worst-case scenario “The Collapse of the EU and Germany in Reactive Mode.” The document proves Germany has a strategy for a time when it is no longer under United States or European Union dominance.

“For the first time in its history, the Bundeswehr predicts how social trends and international conflicts will influence the Bundeswehr’s strategic planning,” Spiegel wrote. “The conclusions are six security-political scenarios that are extraordinary” (Trumpet translation throughout).

The proof that Germany is making these sorts of plans is news in itself. Antonia Colibasanu wrote for Geopolitical Futures: “The release of details about Germany’s first national defense strategy in decades is a signal to the world that it doesn’t intend to sit idle.” For 70 years, Germany has been content to sit in America’s shadow and hasn’t bothered doing this kind of planning. That time is over.

“The system that was built after the war no longer works,” she continued. The EU and nato are cracking under the weight of an increasingly divergent set of interests among their members. So Germany must make its own plans, and it must plan for the worst.

In “The Collapse of the EU and Germany in Reactive Mode,” the Bundeswehr strategists work to counter “multiple confrontations.” Spiegel noted that the future projection “describes a world in which the international order erodes after ‘decades of instability,’ in which the value systems worldwide diverge and globalization stops.”

In essence, the scenario describes how Germany would need to prepare for a time when it can no longer rely on the EU or America for its security—a time when the world has drifted into such disarray that security matters became the top priority. The German Army is not yet prepared for such a scenario. Yet the more likely the scenario becomes, the more Germany needs to prepare for it.

Since large portions of the plan were formulated two years ago, the strategists didn’t factor in the presidency of Donald Trump. No doubt the military strategists now regard this scenario with greater urgency.

The fact that German planners are thinking this way shows we’re entering a new era of German thinking. This is perhaps the clearest indication to date that Germany realizes that it must rely on itself in an increasingly hostile world; it cannot afford to be or look weak.

In 1978, Herbert W. Armstrong wrote, “The Europeans are far more disturbed about their safety in relying on United States military power to protect them than Americans realize! The United States is not loved in Europe. European confidence in U.S. protection against their next-door Communist neighbor has been lessening and lessening.”

That next-door neighbor may no longer be Communist, but Germany’s confidence in U.S. protection is at an all-time low.

“Europeans want their own united military power!” continued Mr. Armstrong. “They know that a political union of Europe would produce a third major world power, as strong as either the United States or the ussr—possibly stronger!”

Of course, Germany also cannot rely on its EU allies, as the scenario shows. So the nation is looking for ways to increase its dominance over its neighbors so they do not become a threat.

This document’s revelations shouldn’t surprise us. German politicians began talking about the need for increased German power back in 2014. At the Munich Security Conference that year, several of Germany’s top leaders discussed how their nation needed a much more muscular foreign and military policy. Why? Norbert Röttgen, head of the foreign affairs committee and a member of Chancellor Angela Merkel’s conservative party, said at the time that the change in Germany’s tone stems from “a coincidence of several events that shake you awake,” according to the New York Times.

Germany has already begun changing course in preparation for these scenarios. For more on where this is leading, read Trumpet editor in chief Gerald Flurry’s article “Germany’s Urgent and Dangerous Military Decision.”