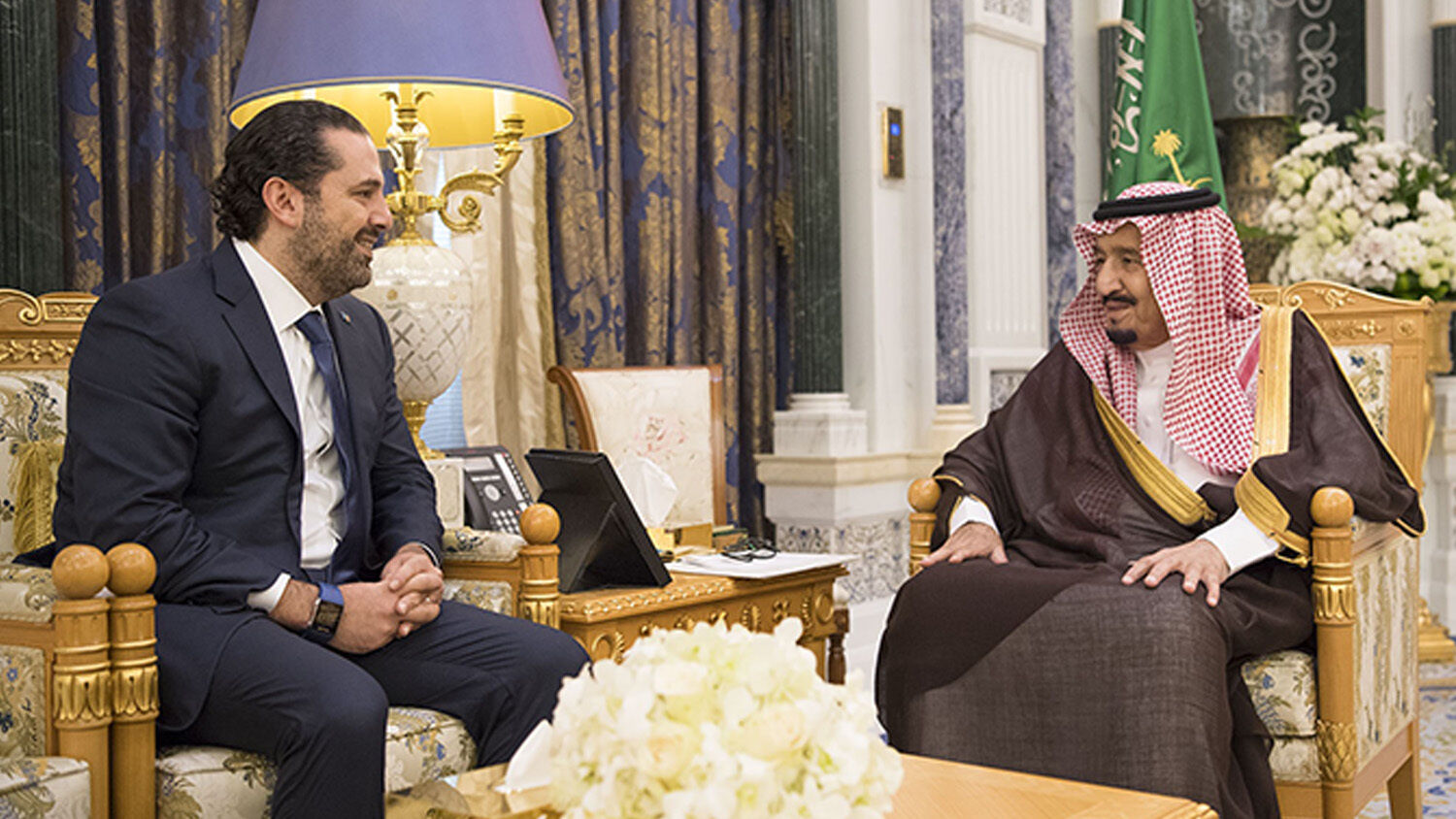 Is it the end of Iran’s influence in Lebanese politics?

In the span of a week Lebanon has fallen into disorder. It began on Saturday, November 4, with the shock resignation of Prime Minister Saad al-Hariri. The prime minister claims to have resigned because he fears for his life. The announcement came during a live broadcast from Saudi Arabia. The prime minister left no doubt about whom he believes is masterminding the threat.

“Wherever Iran settles, it sows discord, devastation and destruction, proven by its interference in the internal affairs of Arab countries,” he said. He also said that Iran’s “hands” in the region “will be cut off.”

And he is right.

The Trumpet forecast as early as 1994 that Iran would lose control of Lebanon. Furthermore, we have claimed Lebanon will soon enter an alliance with Saudi Arabia. Current events may yet play a role in fulfilling these long-proclaimed predictions.

Following Hariri’s resignation and accusations, Hezbollah was quick to counter. Hezbollah leader Hassan Nasrallah said, “It was not our wish for Hariri to resign.” An adviser to Iranian Ayatollah Ali Khamenei said, “Hariri’s resignation was done with planning by Donald Trump and Mohammed bin Salman, the crown prince of Saudi Arabia.”

There is plenty of evidence to suggest Saudi involvement.

The Saudis are patrons of Hariri. He even holds a Saudi passport. Hariri was in Saudi Arabia at the time of the announcement.

But why force an ally to resign? How does that hurt Iran?

To answer, it is important to know why Hariri was prime minister in the first place.

For more than two years leading up to Hariri’s 2016 election, Lebanon was in political turmoil. A nation with so many competing religions is bound to lack political cohesion. To help bind the government, power needed to be shared. According to a power-sharing law from 1943, the president must be a Maronite Christian. The prime minister must be a Sunni. The speaker of parliament must be a Shiite. This ensures everyone gets a say in decision-making.

On paper and to the ears of the Saudis, it sounded good. Hezbollah would be kept in check by the Christian and Sunni presence in government. Hariri promised a “new era” for Lebanon, and no doubt hoped to wrest control from Hezbollah.

It might have worked had the president not been a Hezbollah supporter. Despite being a Maronite Christian, President Michel Aoun is an ally of Hezbollah. He allied with the terrorists more than a decade before taking his current office!

This relationship has shattered Saudi hopes of influencing the government. Since his 2016 election, Hariri has been unable to control the parliament. All the election did was give Hezbollah more political credibility.

In all likelihood, the Saudis told Hariri to step down during their last meeting. Better for the Lebanese government to collapse than to continue giving Iran and its allies legitimate sway in the country’s political process.

Already fractured and disjointed, Hariri’s resignation has all but crumbled the coalition. Aoun could tap someone on the shoulder to be Hariri’s replacement. But don’t forget, the current coalition was 29 months in the making!

And if the coalition crumbles, so too does Hezbollah and Iran’s political platform. You can see why the Shiites are claiming the resignation was Saudi-orchestrated. Until this moment, Tehran had Lebanon right where it wanted. But now that grip is loosening.

But Saudi Arabia hasn’t stopped with Hariri’s resignation. Seizing on the political paralysis, Riyadh has accused Lebanon of declaring war. The Saudis told Hariri that Hezbollah’s acts of “aggression” were “considered acts of a declaration of war against Saudi Arabia by Lebanon and by the Lebanese Party of the Devil.”

Whether it is just tough talk or the start of a war remains to be seen. As the last week indicates, the tensions are at a breaking point.

Iranian-backed Houthi rebels launched a missile at Riyadh’s international airport. While thwarted, it was the closest Houthi rebels have come to a strike on the capital. Saudi Arabia responded by accusing Iran and launching the most intense bombardment of the Yemeni capital of Sanaa in more than a year.

Saudi Arabia has also started major political upheavals. The reign of King Salman is transitioning to his son, Prince Mohammed bin Salman. The 32-year-old is already consolidating power. He has arrested 11 princes this week on corruption charges. The move is widely seen as less about corruption and more about competition.

With unrest at home and abroad, the Saudis need to make a strong stance against Tehran.

The reason for this prediction has less to do with current trends and more with Bible prophecy. Most biblical prophecies are yet to be fulfilled. Take the example of Iran losing control of Lebanon. Geopolitically it might look unlikely today. Hezbollah has firm control of southern parts of the country. Yet Bible prophecy states it will come about.

Notice Psalm 83: “They have said, Come, and let us cut them off from being a nation; that the name of Israel may be no more in remembrance” (verse 4). This is an end-time prophecy about Israel. But it is not just talking about the Jewish nation called Israel today. Anciently, Israel had 12 tribes, Judah being only one of them. We explain this truth in our free book The United States and Britain in Prophecy, by Herbert W. Armstrong.

In a 2014 Trumpet article titled “Why You Need to Watch Lebanon,” editor in chief Gerald Flurry wrote:

Verses 5-8 list a number of nations that will be allied to bring about Israel’s destruction. Concerning this psalm, the Anchor Bible reads, “History transmits no record of the national crisis when the nations enumerated in this psalm formed a league to wipe out Israel ….” Lange’s Commentary states, “The 10 nations who are here enumerated as being combined against Israel are never mentioned elsewhere as enemies allied at the same time and for the purpose of annihilating Israel.” The fact that these nations have never come together to destroy Israel in the past plainly shows that it is a prophecy for the end time.

If we believe our Bible, then we must believe this alliance against Israel is still to come! And we can know even more. We can know who will be in the alliance.

We can’t be precise in every boundary, but we can know the general idea of where these nations are today. Here are their modern names, as taught at Ambassador College under Herbert W. Armstrong: Edom is Turkey; the Ishmaelites are Saudi Arabia; Moab and Ammon are Jordan; the Hagarenes anciently dwelt in the land where Syria is today; the Philistines are the Palestinians now occupying the Gaza Strip; Gebal is Lebanon, and the inhabitants of Tyre are in southern Lebanon. Finally, Assur is referring to modern-day Germany.

You can learn more about this alliance by reading our free reprint article “A Mysterious Prophecy” and watching the below video.

This is why the current dispute between Saudi Arabia and Lebanon is so important. We know where it will eventually lead! Lebanon will enter an alliance with Saudi Arabia and a European power!

This is the same European power that prophecy elsewhere in the Bible says will destroy Iran. This comes before the Psalm 83 alliance. You can read about that in our free booklet Germany’s Secret Strategy to Destroy Iran.

Because of its high population of Christian Arabs, Mr. Flurry called Lebanon the linchpin for the Psalm 83 alliance. Europe needs Lebanon for its Middle East strategy. It won’t abide Iran’s meddling in the long term!

Time will tell how Lebanon falls into the Psalm 83 alliance. We do know Europe and Sunni nations in the Middle East will not sit idly by as Iran controls Lebanon. There will be conflict and Iran will be ousted—both from Lebanon and the Middle East. When that happens, we will witness a progression of prophecies that unfold leading to the times Jesus Christ describes in Matthew 24:21-22. Thankfully, those days will be cut short by the intervention of Christ Himself at His Second Coming.

In the meantime, watch Lebanon. Your Bible says it will join the Saudis!