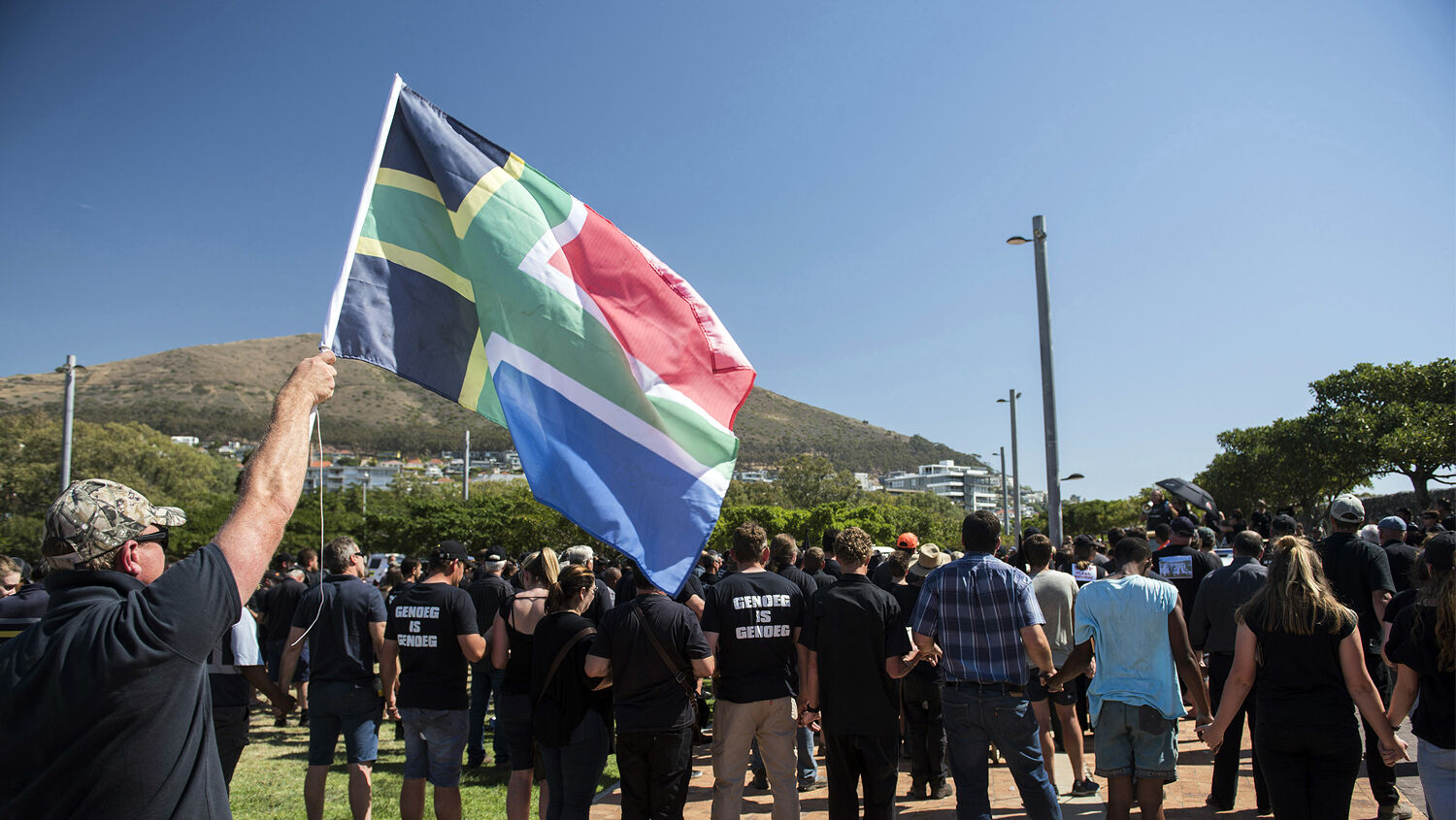 Rural South Africans protest against farmer murders on October 30, 2017. Thousands of white farmers blocked roads across South Africa to protest an explosion of violence against their communities.
DAVID HARRISON/AFP/Getty Images

More and more of the troubled nation’s farms are become killing fields.

The peaceful #BlackMonday protests, leading from farming areas to Cape Town, Pretoria and Johannesburg, were backed by AfriForum, an “Afrikaner interest organization and civil-rights watchdog.” The group reports that more than 70 white farmers have been slaughtered in 341 farm attacks in 2017 so far.

Among the recent attacks that spurred protesters to take to the streets was that of Joubert Conradie, a 47-year-old wine farmer, who was fatally shot after responding to a noise at his residence. During Monday’s demonstrations, another farm murder occurred: Near his farm in KwaZulu-Natal, 70-year-old Bokkie Potgieter was hacked to death with a machete.

Cameron’s statements are supported by statistics collected by msvs and Vonkmedia earlier this year. They report that from January 2017 to July 2017, 257 attacks occurred, resulting in 53 reported murders. The murder rate for average South Africans is 34 per 100,000. For farmers, it is 156 per 100,000.

The protest drew criticism from various quarters, such as the Black First Land First party, which accused protesters in a series of tweets of inciting violence against black people. South African Arts and Culture Minister Nathi Mthethwa condemned the protest as racist as some protesters were seen to carry what is known as the apartheid-era flag.

Despite opposition, AfriForum is planning an international day of protest against farm murders on November 21, followed on November 25 by a protest march to deliver a memorandum to the president.

The escalation in farm murders is a part of an overall 8 percent increase in the nation’s murder rate over last year, as reflected by a Victims of Crime Survey for 2016–2017 released by Statistics of South Africa in September. The survey also found that sexual crimes, including rape, increased by 117 percent in the last financial year, with 50,883 people reported as victims of sexual offenses.

The Trumpet has long kept an eye on escalating violence and racial tension in South Africa. In his August 2017 Trumpet print article titled “South Africa’s Most Dangerous Profession,” Andrew Miiller pointed to verses in Ezekiel 7 to explain that the escalating brutality against white farmers is a prelude to a time of violence prophesied to come upon the descendants of ancient Israel, including the British and Dutch South Africans.

“It is God’s desire to teach all races and nationalities the way to peace and prosperity,” Miiller wrote. “If mankind would only listen to God’s commandments, they wouldn’t have to experience such horrific crimes. But the human heart is hard and too proud to admit that it does not know the way to peace, happiness, and stability. Tragically, God must allow mankind to learn from their own choices until the time when they cry out to Him for instruction.”

Thankfully, the recent violence in South Africa is also a sign that mankind will soon cry out to God, and He will answer. For in an in-depth explanation of the prophecies and hope concerning South Africa and the rest of Israel’s modern-day descendants, please read Herbert W. Armstrong’s book The United States and Britain in Prophecy.