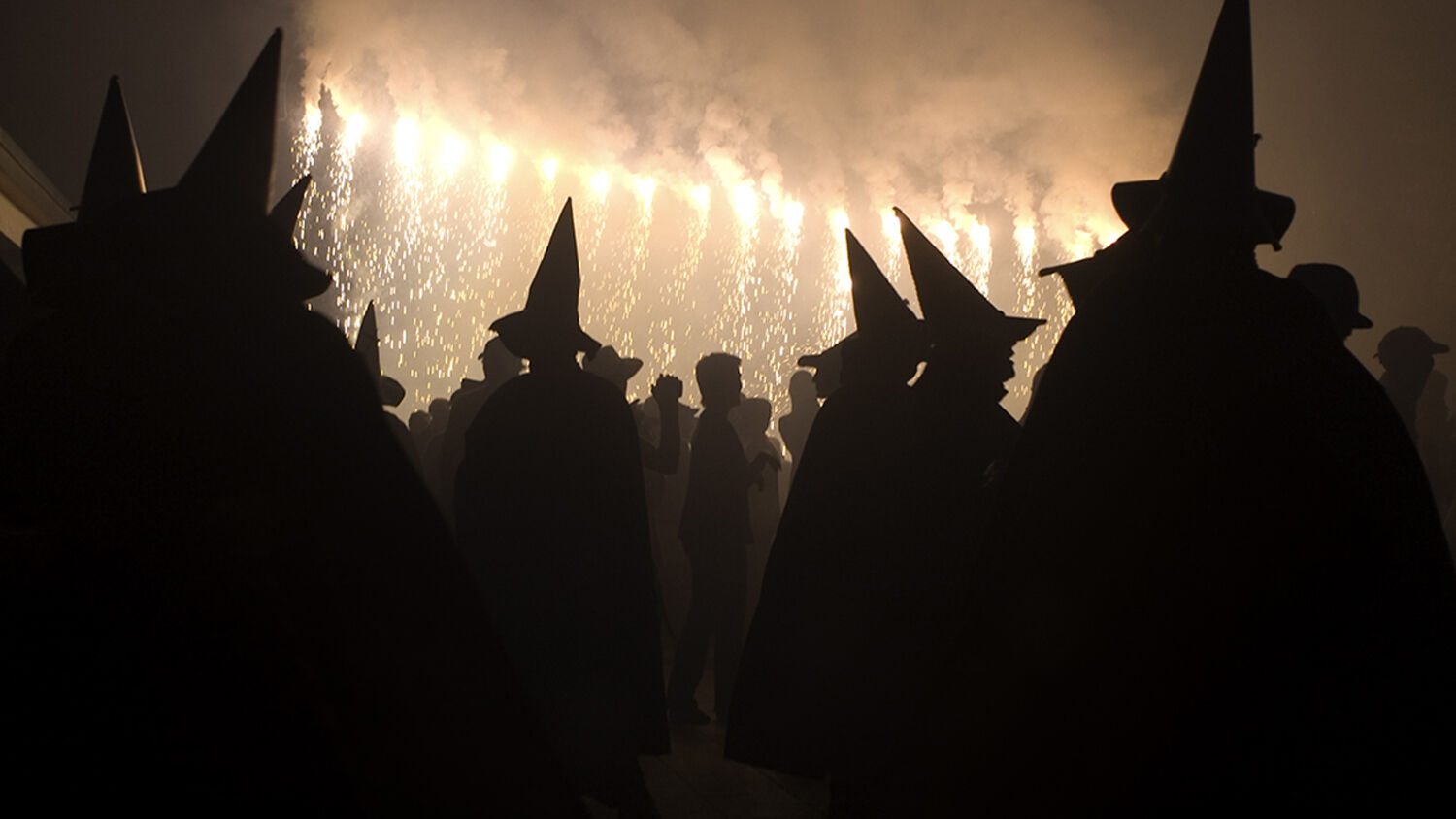 America’s next generation is ditching religion for witchcraft.

An October 2017 Pew Research Center Fact Tank report reveals that 56 percent of United States adults surveyed “say it is not necessary to believe in God to be moral and have good values.” This number is up from the 49 percent figure reported in a 2011 survey. Pew associates this increase with the continued rise in population of the religiously nonaffiliated persons called “nones.” The “nones” describe themselves as “atheist, agnostic or ‘nothing in particular.’” However, Pew also says that the “nones” reflect only a part of the changing attitude about God, morality and values. “Among all religiously affiliated adults, the share who say belief in God is unnecessary for morality ticked up modestly, from 42 percent in 2011 to 45 percent in 2017,” states the October Fact Tank report.

It is interesting to note that of the religiously affiliated groups surveyed, more white, evangelical Protestants had changed their belief that it was necessary to believe in God to be moral and have good values. Another Pew Research report shows that between 2007 and 2012, 14 percent more Americans ages 18 to 29 doubt the existence of God. Why are these numbers important? Should we be concerned? How is this playing out in the real world?

On one hand, considering America’s history from its earliest colonial days, it is shocking to learn that half of Americans say they can still be spiritual without organized religion and God. Our Puritan and Pilgrim forefathers would have shuddered at such a statement. On the other hand, if we honestly consider some current facts, American morals and values are already in rapid decline. Here’s one example. In September, the Center for Disease Control and Prevention (cdc) reported that the number of sexually transmitted disease (std) cases in the United States is at an all-time high. usa Today called the rise in numbers of std cases an “uncontrollable epidemic.” The std problem in America certainly is not a shining example of morality.

So if more Americans are ditching religion, yet are staying spiritual with high morals and good values, how are they doing it? Kari Paul, writer for MarketWatch.com (a financial information website that provides business news, analysis and stock market data) tells us that the millennial generation (ages 18 to 29) is staying spiritual by embracing witchcraft and astrology.

“Interest in spirituality has been booming in recent years while interest in religion plummets, especially among millennials,” Ms. Paul wrote. Drawing on the above-mentioned Pew research data, she sees dollar signs ahead. “Meanwhile, more than half of young adults in the U.S. believe astrology is a science, compared to less than 8 percent of the Chinese public,” Paul continued. That hurts! China is primarily an atheist country and can recognize that astrology is not a science. Our young generation—which has already far outgrown the baby boomer generation—cannot discern that.

Of course, Paul sees all this as great for business. “The psychic services industry—which includes astrology, aura reading, mediumship, tarot-card reading, palmistry, among other metaphysical services—grew 2 percent between 2011 and 2016. It is now worth $2 billion annually, according to industry analysis firm ibs World,” she continued. Now that is a lot of money. That huge dollar figure is an indication of how big the move away from organized religion truly is. Yet what type of business is Kari Paul even talking about? We must tell the truth. It is witchcraft! Honestly, a booming witchcraft business isn’t a boom for true spirituality, morality or values.

What will the America of the future be like if its coming-on-the-scene—known to be politically active—millennial generation are witches?

“Melissa Jayne, owner of Brooklyn-based ‘metaphysical boutique’ Catland, said she has seen a major uptick in interest in the occult in the past five years, especially among New Yorkers in their 20s,” continued Ms. Paul. “The store offers workshops like ‘Witchcraft 101,’ ‘Astrology 101’ and a ‘Spirit Séance.’” The store sounds like a mini Harry Potter Hogwarts school. “Whether it be spell-casting, tarot, astrology, meditation and trance, or herbalism, these traditions offer tangible ways for people to enact change in their lives,’ she said.” Jayne explained why the millennials are turning to witchcraft to enact change in their lives: “For a generation that grew up in a world of big industry, environmental destruction, large and oppressive governments, and toxic social structures, all of which seem too big to change, this can be incredibly attractive,” Paul quoted in her article. Are we surprised? This generation was raised on J. K. Rowling’s dark fantasy novels about Harry Potter (considered a wizard, or male witch) and the left’s new religion—climate change.

The growth of America’s Neo-Pagan movement, which includes witchcraft, is nothing new. It got its big start in America in the 1990s. An effective job of promoting the Craft has been done. The practice of witchcraft is accepted in today’s world—all around the world. It has come “out of the closet,” so to speak. Besides the outspoken millennials, many seemingly normal people today consider themselves to be practicing witches. Doctors, lawyers, nurses, laborers—think about any job—the person you would least expect might be a practicing witch. We even have witches in the U.S. military.

What is witchcraft? Here is a simple definition: the practice of magic, especially black magic; the use of spells and the invocation of spirits. Truthfully, witchcraft is more bluntly known as demonology. It may be good business today, but it is not good for the human spirit.

Here is how Covenant of the Goddess, the largest California-based witch organization, defines the Craft on its website: “Wicca, or witchcraft, is an earth religion—a re-linking (re-ligio) with the life-force of nature, both on this planet and in the stars and space beyond. In city apartments, in suburban backyards, in country glades, groups of women and men meet on the new and full moons and at festival times to raise energy and put themselves in tune with these natural forces. They honor the old goddesses and gods, including the triple goddess of the waxing, full and waning moon, and the horned god of the sun and animal life, as visualization of immanent nature.”

Of course, this well-written definition puts a positive spin on witchcraft—especially the use of the name Wicca. But what is really being said? Wiccans, or witches, worship the pre-Christian fertility goddesses and gods. In fact, Wiccans are proudly pagan, which means that witches are proudly into the worship of Satan and his demon angels.

No True Spirituality in Witchcraft

In their worship rituals, witches use the circle and pentagram, brooms, a wand, candles, crystals and a knife known as athame. Although not always required, those participating in the rituals are unclothed—or, to borrow a witch term, skyclad! This fact alone has caused law officials to become concerned over the potential sex abuse of children during witch celebrations.

We should not view this subject casually or lightly. Wiccans (witches) take their religion very seriously. We should give it somber consideration. Wiccans are in fact anti-Christian. Their beliefs and practices undermine Christian belief, values and morality. We must understand that witches view solid, Bible-based Christianity as a threat. But even more, we must come to see that the rise of witchcraft represents a grave sickness in our society. Wicca spirituality is a problem.

Yet few Christians speak out against the rise in witchcraft, which also reveals the ineffectiveness of today’s Christianity. Christian leaders have lost both their backbone and their teeth. Chas S. Clifton, editor of the book Witchcraft Today, states: “Some Christian clergy, no doubt, are convinced in their own minds that we are going to their hell in a handbasket, but they are courteous enough to keep the thought to themselves and not bother us with it.” Desiring the praise of men and wanting to be politically correct, most clergy will not speak out against the Craft. However, there is a voice willing to call the Craft what it is—rebellion against Almighty God.

What the Bible Teaches

Witches boldly proclaim they have no Bible or revealed scripture. Christians do. Although few rely on it, the Bible is the revealed word of an almighty and very personal God. He states authoritatively: “I am the Lord, and there is none else, there is no God beside me: I girded thee, though thou hast not known me: That they may know from the rising of the sun, and from the west, that there is none beside me. I am the Lord, and there is none else” (Isaiah 45:5-6). In the pages of the Bible, God reveals Himself as the Creator of the Earth, sun, moon, stars and the entire universe. God has a great purpose for all men. He wants us to live exciting, abundant and happy lives. But to obtain God’s intended happiness, He demands that we live our lives His way!

Witchcraft is the very opposite of God’s way of life. It is a religion inspired by Satan and his demons. Realize, the Bible is not a book written for the distant past. It is revealed knowledge for today! The Bible is clear on the subject of witchcraft. People ought to look to the Bible for the answer on the Wicca issue. The Book of books states, “For rebellion is as the sin of witchcraft, and stubbornness is as iniquity and idolatry” (1 Samuel 15:23).

According to the Bible, witchcraft is sin. What sin? It is idolatry, pure and simple. Worshiping the goddess and horned god represents great disrespect and grave dishonor to our holy Creator. Wiccans openly admit their idolatry. They claim this makes them happy. Yet idolatry will never bring happiness. Witchcraft is nature worship. Worshiping the Earth, sun, moon, stars or animals can never bring a person true spirituality. Only worship of the true God can bring the spiritual growth men and women need and desire. Idolatry will bring God’s wrath.

You Can Find Hope in Today’s World

In today’s perilous times, can Americans afford to be alienated from God? Can our nation long stand without God’s divine protection? After Moses and the other great leaders in Israel died, few followed what the nation had been taught. Ancient Israel’s history shows that the northern tribes fully embraced paganism. The nation suffered siege, capture, captivity and slavery as a result. Ancient Israel suffered horribly for its idolatrous Wiccan practices.

If modern Wiccans have their way, that is precisely what they will do to our nation—turn everyone to paganism—alienate everyone from God. Then, unfortunately, we will find ourselves in the same sad shape as our ancient forefathers. Where are the leaders today who can see the modern Wiccan movement for the idolatrous religion it is and stand up to stop it?

You can find hope in today’s tragic world. You will never find hope in a useless spirituality. When you truly seek God passionately, crack open your Bible and take a fresh look into it, then change your life to follow God’s way as outlined in its sacred pages, God promises to reward you with incredible happiness, hope and protection. To help you with your quest to understand the Bible, request a free copy of Herbert W. Armstrong’s most important work, Mystery of the Ages. This book unlocks the message of the Bible and the incredible plan God is working out for all mankind. You’ll definitely want to have a part in God’s plans.