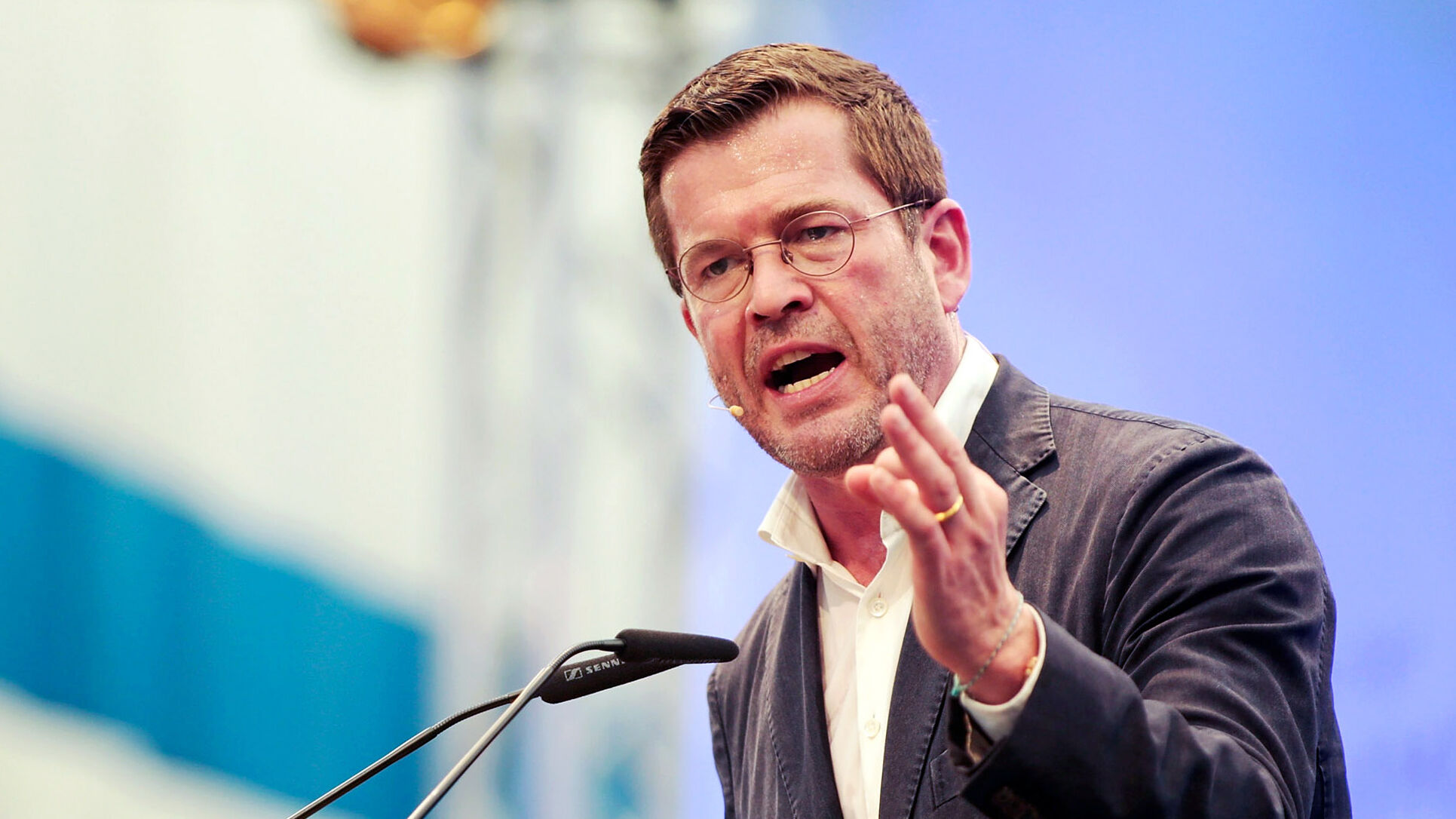 You need to watch Germany.

The following is from a Trumpet Brief sent out last week. These daily e-mails contain personal messages from the Trumpet staff. Click here to join the nearly 20,000 members of our mailing list, so you don’t miss another message!

You need to watch Germany. There has been a real turning point in German politics.

In its recent election, it suffered a major political earthquake. The main political parties were weakened to the point where it could take months to form a government. What will the German people do? The crises in Europe are only getting worse. The need for strong leadership is growing intense!

The Bible prophesies that a strongman will rise in Germany. Read my booklet A Strong German Leader Is Imminent at theTrumpet.com. More and more all the time, events are preparing for such a man. That is what the people want in order to get control of all these problems.

For years, we have been watching Karl-Theodor zu Guttenberg as a man who could fill that prophesied position. He was once the most popular politician in Germany, and he’s an impressive man. He certainly looks like the best candidate out there. And he recently came out and reentered the political arena in a dramatic way. In general, there is a lot of frustration and dissatisfaction with politicians in Germany—but people are buzzing about Baron Guttenberg.

Before the German election, Guttenberg gave a fabulous speech, speaking for an hour and a half with no notes!

A strongman is coming on the scene. Daniel 11 says he is going to come in by flatteries. He really knows how to speak the right words.

And what is amazing is, Guttenberg went after American President Donald Trump—in a way a world leader never does to another leader in power! He called him “the violent madman in the White House.” In several public appearances lately, he has been fiercely critical and condemning of America’s president.

He is talking about a man who got over 60 million votes. Is he just criticizing one man? I believe what he is saying says a lot about his attitude toward America.

If you’re unaware of the legacy of Edmund Stoiber and Franz Josef Strauss, read The Grand Design. In short, Strauss—and his protégé Stoiber—envisioned a future in which Germany would emerge as the leader of a federal European superstate—one powerful enough to compete with the United States. Today, Strauss is long dead and Stoiber is on the fringes of German politics—for now.

But Karl-Theodor zu Guttenberg is carrying Strauss’s torch—and he is one of the most influential politicians in Germany!

Where is this leading? This is what you must watch. The Bible tells us that Germany is going to double-cross America in a dramatic way. You can read about this in Chapter 10 of my book Ezekiel: The End-Time Prophet.

Listening to Mr. Guttenberg and the way people are responding to him, I have to say that it looks like the relationship between the U.S. and Germany is already dead!

Prophecy tells us in detail just what this strongman is going to do. It also says that he can’t even imagine the damage he will wreak on America—but at a certain point, his mind is going to change. (Read about this in Chapter 2 of my booklet on the Prophet Habakkuk.) We are watching for that mind change. Perhaps, to some degree, it is already happening!

These things might be the best indication that Baron Guttenberg could be the man we are watching for.

Winston Churchill had insight into Germany like nobody else in his time. He said this in 1924: “The enormous contingents of German youth growing to military manhood year by year are inspired by the fiercest sentiments, and the soul of Germany smolders with dreams of a war of liberation or revenge.”

Watch Germany. I believe we are seeing more than just dislike for one man in the White House. There is evidence of a desire for revenge. After all, history would have played out very differently if it hadn’t been for America’s intervention in World Wars i and ii.

You wouldn’t think human beings would think that way, but if you understand biblical prophecy, you know that there is an evil spirit being involved who can inspire some very ugly emotions. And the Bible is clear that America’s German “lovers” are going to betray America.

Daniel 8:25 says of this man: “And through his policy also he shall cause craft to prosper in his hand; and he shall magnify himself in his heart, and by peace shall destroy many: he shall also stand up against the Prince of princes [Jesus Christ!]; but he shall be broken without hand.” This man is going to have tremendous power for a short time—but then he is going to be broken by Jesus Christ Himself!

The fact that we are seeing these prophecies about to be fulfilled before our eyes shows how close we are to that magnificent outcome! That is the magnificent hope in Bible prophecy!

So watch closely what is happening in Germany.