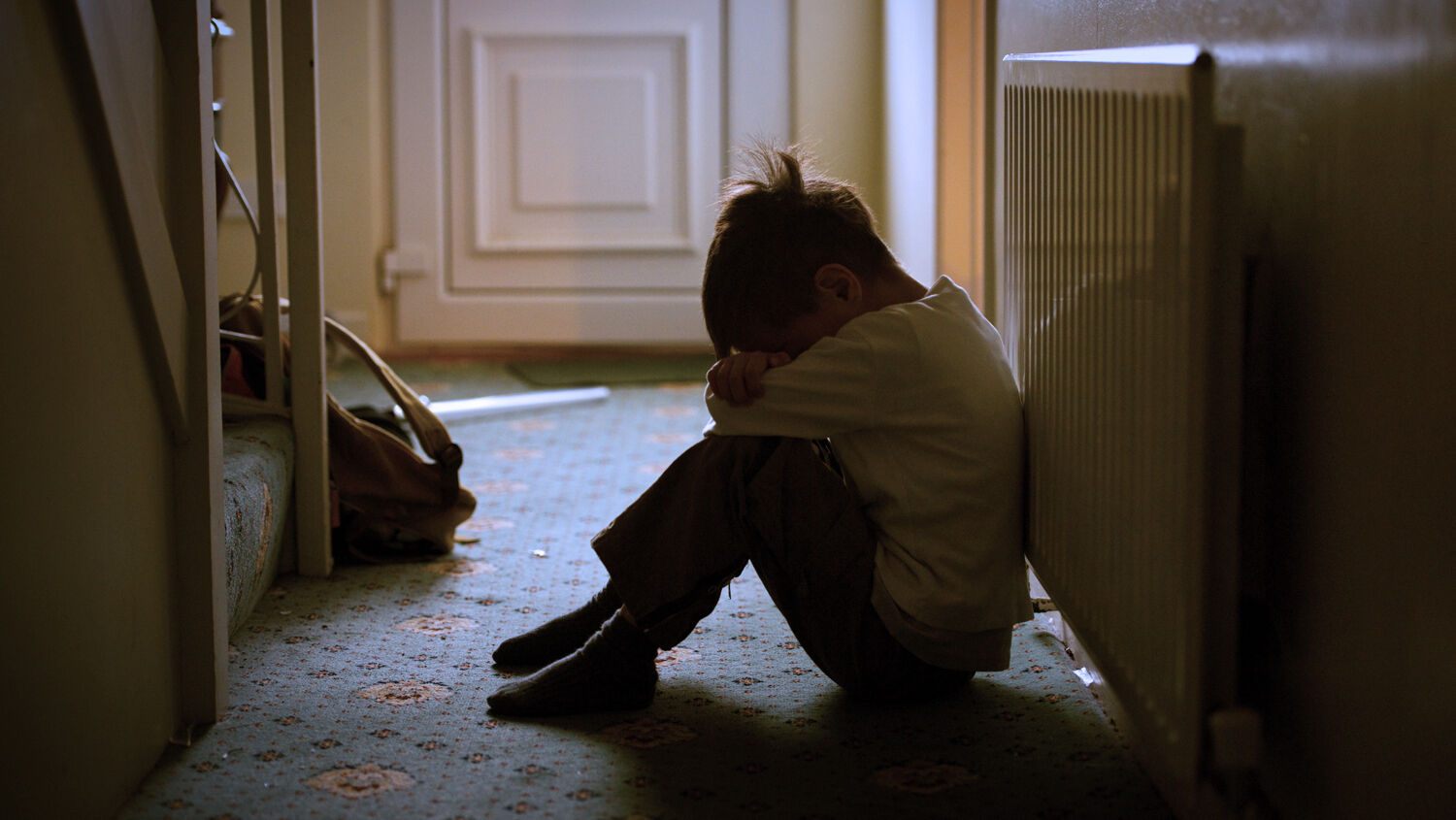 Proper parental discipline of children, including spanking, is not child abuse.

Recently I read an encouraging, yet frustrating, article titled “In Defense of Smacking Children,” by Brendan O’Neill of the Spectator. “Scotland is fast becoming the most strident, unforgiving nanny state in the West,” he wrote. “A world leader in the policing of people’s beliefs and lifestyles … this little republic of rule-making plans to ban parents from smacking their kids.” In the United Kingdom, the word smack is the common equivalent of the American word spank. “Green msp [member of the Scottish Parliament] John Finnie has brought forward a bill proposing that the defense of ‘justifiable assault,’ which allows parents to physically punish their kids, be removed from Scottish law,” continued O’Neill.

The Scottish National Party (snp), the third-largest party in the UK, stated that it won’t oppose the bill. The snp states clearly that it is left-of-center politically and progressive. In truth, the snp is socialist and has a great desire to manage people’s personal lives.

If Scotland’s plans materialize, it will become the first part of the UK and the 53rd country in the world to prohibit the practice of spanking. This is a European trend. Most countries in Europe have banned spanking. Only four—the UK, Italy, Switzerland and the Czech Republic—have not. The United States still allows spanking in all 50 states.

“The consequences of the bill will be dire,” wrote O’ Neill. “The traditionalist father who adores his children more than life itself and thinks a smack on the leg is a preferable form of punishment to plonking them on a chair for 15 minutes: drag him to court.”

One can think up all kinds of situations putting a parent in trouble with the anti-smacking police. Can you imagine the 999/911 calls?

Caller: “I’d like to report a mom smacking a kid who just ran into traffic.”

Operator: “Give me your location and I’ll get an officer there immediately.”

This is sure to happen when such a law is put into force.

Child Cruelty Should Be Illegal

There is no doubt that cruelty and violence against children is a real problem in this world. Even in conservative, Bible-belt Oklahoma, it appears that child abuse is on the rise. On September 2014, a grandmother terrorized her 7-year-old granddaughter by dressing as a witch (with a green mask). The young girl was denied food, had bruises on her body, her ankles had infected cuts, and her wrists had been bound. That is horrible child abuse. The grandmother was rightfully sentenced to serve three consecutive life sentences in prison.

However, socialist, left-leaning educators, government officials and psychologists want to equate parental spanking with the violence perpetrated by the Oklahoma grandmother. This is an abuse of parental rights. Isn’t it time people pay more attention to where the self-righteous left is leading our nations. It is frustrating how some parents seem to just go along with the flow. If someone seeming to have authority says spanking is violence, they are willing to simply stop—without thinking it through. Being a parent is a tough job. Being a spanking parent takes courage in our liberal world. But the rewards to your child are better than giving him a box full of gold coins.

It is a major misnomer to refer to parental spanking as child abuse or violence. Anti-spanking proponents do this all the time! It is raging, emotional deceit that is pushing families into troubled suffering. “What a perverse way of viewing parents,” wrote O’Neill.

Spanking is one of three effective tools for proper child rearing. Spanking, when done properly, is not a violent or cruel act. “Normal good parents could find themselves punished on the basis that they have behaved violently,” wrote O’Neill. “But here’s the thing: Parental smacking isn’t violence. It is not assault. The intention is not to inflict pain or humiliation; it is to discipline and educate.” Here is the encouraging part of the article. A journalist is writing words of good common sense. “I was smacked as a child. … If you tell me my parents assaulted me, it’s very possible I will assault you. It is simply untrue.” Brendan O’Neill went on to say that it’s “deeply worrying” when government officials can’t tell the difference.

Sweden was the first country in the world to outlaw corporal punishment of children. The nation’s 1979 ban stated: “Children are entitled to care, security and a good upbringing. Children are to be treated with respect for their person and individuality and may not be subjected to corporal punishment or any other humiliating treatment.” Children should be cared for, made to feel secure, have a good upbringing, be treated with respect, taught how to take care of their person, and not be humiliated. But doesn’t a good upbringing mean that children are taught right from wrong and that there are consequences for doing wrong? Should not serious childhood offenses be met with serious consequences like a good spanking with a loving hand?

What can we learn from Sweden’s radical move against corporal punishment? It has been nearly 40 years since the ban on corporal punishment. Do Sweden’s children behave much better? If you read what the so-called experts say, Sweden’s anti-spanking law has been a success. The First Anti-Spanking Law in the World, a publication produced by Save the Children Sweden, holds nothing but high praise for the decision. Reading through this beautiful, 11-page pamphlet, it is obvious Sweden has a campaign to have other nations join it.

Let’s ask some tough questions: Is everything all hearts and roses inside Sweden’s families? Is Swedish society better off?

There is one shocking statement in this pamphlet that really put doubts into my mind: “Children in Sweden are aware that parents cannot hit them. Children know law forbids it.” As a parent of four and a grandfather of 10, this statement was a red flag that things cannot really be all that great in Sweden’s families or society. Why? Kids knowing that parents are forbidden by law to spank them would naturally and severely limit any type of parental authority. Are the Swedes being totally honest with the world? I don’t believe so. However, I found it difficult to get to the truth of the matter. Here is some of what I uncovered.

“The effects of the law upon behavior are difficult to demonstrate, as no large-scale longitudinal studies have been conducted. There is evidence from two qualitative studies that although Swedish parents tended to be rather permissive in the 1980s, this has changed and they are now generally quite skilled in using democratic child-rearing methods …,” wrote Joan E. Durrant in a 1996 German publication, Family Violence Against Children.

The key phrases to pay attention to in the quote are: “no large-scale longitudinal studies” and “Swedish parents tended to be rather permissive.” No one in Sweden appears to be studying the long-term effects of the ban on physical discipline. If there are any longitudinal studies being conducted, I couldn’t find any current publications related to them. And it should not be a surprise that Swedish parents became permissive in the 1980s: If your children can turn you into the authorities for smacking, it makes sense parents would be intimidated and refrain from being an authority in their children’s lives.

I was able to find a book written by a Swedish psychologist David Eberhard. Although the book has not been translated from German to English, several articles laud Eberhard’s conclusions. “Sweden’s liberal approach to parenting has bred a nation of ill-mannered brats, a leading expert has warned in a new book which calls on parents to seize back control of their families,” wrote Richard Orange in the Telegraph on Nov. 1, 2013. “David Eberhard, who was a prominent psychiatrist before becoming a writer, warns in his new book, How Children Took Power, that Swedish parents are now unwilling to discipline their children in any way.” That’s a big problem for any society. There are cases where Swedish children have threatened their parents with turning them over to authorities if they did not get their own way. That’s child abuse of parents!

Do you see that Sweden’s children are being shortchanged by a lack of parenting? “He points to Sweden’s growing truancy rates, a rise in anxiety disorders, and the country’s declining performance in international education league tables, as the tangible results of its liberal parenting approach,” continued Orange. On Oct. 31, 2013, Phillip O’Connor, writing for the Independent, also praised Eberhard’s book: “Eberhard argues that [Sweden’s 1979 smacking ban] has led kids to become the key decision makers in families, and that parents and kids suffer as a result.”

“Yet it would seem that despite the idyllic picture painted, something is rotten in the state of Sweden,” wrote Judith Woods for the Telegraph on Feb. 13, 2014. “Eberhard points to growing social problems in school, where Swedish pupils routinely refuse to follow teacher’s instructions and later on in what he views as their unfulfilled young adulthood. … ‘Their expectations are too high and life is too hard for them.’”

Children need limits set and enforced for them by loving parents. No child can grow into a mature adult without loving parental authority. Is Sweden guilty of sweeping problems under the rug in order to save face in the world? Shouldn’t Scotland take the time to take a deep look at what is truly happening in Sweden and other countries who have banned spanking, or smacking?

“In the vast majority of cases, smacking is an act of love, not violence,” wrote Brendon O’Neill. We at theTrumpet.com couldn’t agree more. Why? “He who spares the rod hates his son, but he who loves him is diligent to discipline him” (Proverbs 13:24; Revised Standard Version).

The consequences of not following such a formula are dire for families and nations. “My people—children are their oppressors, and women rule over them. O my people, your leaders mislead you, and confuse the course of your paths,” warned the Prophet Isaiah (Isaiah 3:12; rsv). Unfortunately, Isaiah’s prophecy is clearly coming true. Nations who do not properly rear their children will end up being oppressed by them. Brendon O’Neill makes good sense—Scotland should listen.