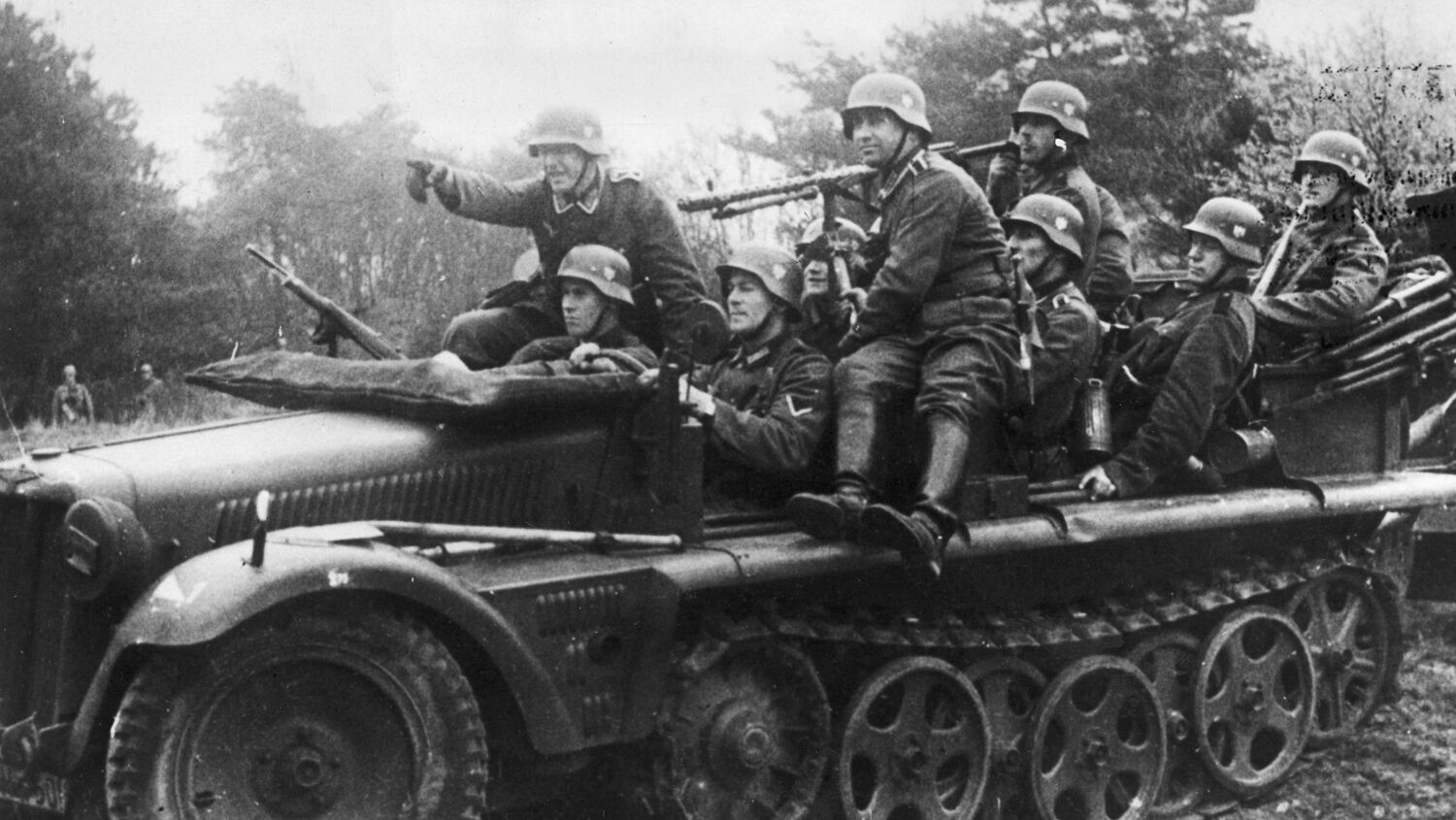 An Alternative for Germany candidate in the German federal election is the latest leader who is openly proud of Germany’s wartime past.

“People no longer need to reproach us with these 12 years—they don’t relate to our identity nowadays,” Gauland said. He added that no other nation in Europe has dealt with its past the way Germany has.

Gauland is not the first person to call on Germans to lay aside their shame. On January 17, another important AfD leader caused a stir when he told a cheering crowd that Germany should be proud of its history and make a “180-degree reversal on the politics of remembrance.”

“German history is handled as rotten and made to look ridiculous,” he said, lamenting that “Germans are the only people in the world to plant a monument of shame in the heart of its capital.” The crowd responded enthusiastically, shouting: “Deutschland! Deutschland!”

Then, just a few months ago, a book that attempts to revive Germans’ pride in their past rocketed to the top of Amazon’s bestseller list in Germany. Finis Germania by Rolf Peter Sieferle argues that Germans have been unfairly and collectively punished for the Holocaust of World War ii. Other nations such as Britain and America have had similar evils in their past, he argued, but they are still proud of their history. Sieferle asked why the German people are not allowed to be proud of their history and their contributions to Western civilization. The only way to save Germany, he said, is for the nation to be proud of its heritage.

Gauland’s statement is bold considering “the achievements of the German soldiers in two world wars” included launching some of the worst destruction in modern history, perpetrating devastating war crimes, and committing genocide against 6 million Jews. Yet Gauland is predicted to enter the German parliament with a significant number of votes.

Many still hate these kinds of statements. Social Democratic Party leader Thomas Oppermann said Gauland’s speech exposes him and his followers as “ultra-right militarists.” He said, “I lack all necessary imaginative power of how one could be proud of the death of millions, barbaric war crimes and the destruction of all Europe” (Trumpet translation).

But Gauland’s supporters at the right-wing nationalist meeting in Thuringia praised him for his statements. Recent polls predict that the AfD under his leadership and that of his colleague, Alice Weigel, could enter the German parliament with 10 percent of the vote, possibly becoming the third-strongest national party.

While most Germans would go nowhere near Gauland’s extreme, his statement is part of a much wider trend in Germany, with real-life significance. Germans are once again becoming proud of their history. “Germany may finally be escaping from two ‘complexes’ that have long constrained its strategic thinking,” wrote European Council on Foreign Relations Director Mark Leonard over the summer. “The first is its psychohistorical complex, which forces German leaders to bend over backward to reassure foreigners about their intentions.” This means that “the consensus within the German security establishment about the use of force is changing” and that Germany is developing a “new approach to great-power politics.”

Whatever happens in the elections, we are seeing the rise of a new Germany. The German nation is capable of wielding significant economic, political and military power. When it did so in World War ii under Adolf Hitler, millions of people suffered and died as a result. Postwar Germany has been marked by guilt for that tragedy, but now many Germans are saying, “Enough is enough,” and insisting that it is time to become proud of Germany’s history once again. Once the German attitude changes sufficiently from guilt to pride, expect the Germans to once again wield their economic, political and military power.

After the carnage of World War ii finally ended, the Allied powers divided Germany. The Allies supported West Germany as a firewall against Soviet Russia, but the Germans were unable to wield their potential power in world politics because memories of German brutality and destructive power were still fresh.

But after a few decades, those memories faded. Today, few world leaders fear Germany, and almost none appear to believe it is capable of repeating the horrors of World Wars i and ii. It seems that the only historical restraint comes from the German people. And that too is now crumbling.

What will this new, proud Germany do? History should serve as a powerful indicator. But the Bible also gives the answer.

The new Germany is fearful of a dangerous world. The newly guilt-free nation will seek a strong leader to take charge (Daniel 8:23). The resurgent German nation will be unafraid to lead or even dominate its European allies. It will be quick to project its power abroad, especially into the Middle East, and it will be ready to destroy anything that stands between it and its goal of world prominence—and world dominance. To learn more about what this new Germany will look like, read our free booklet A Strong German Leader Is Imminent.