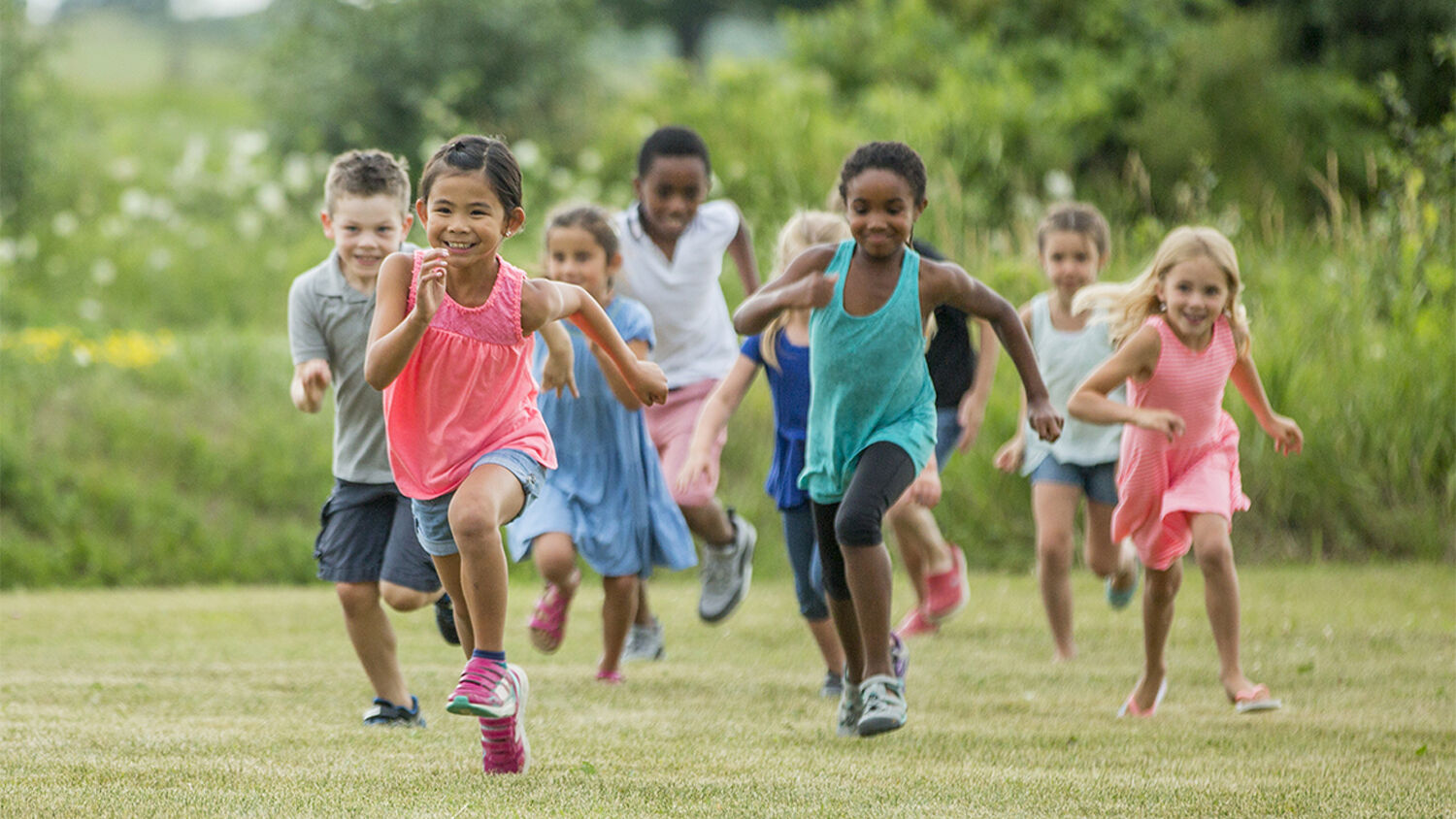 Forget taking your child to the clothing aisle of his or her gender. Depending on where you shop, you may not be able to find it.

If you are a Brit walking into your local John Lewis department store, you may notice that something has changed. You may have trouble navigating your way around the children’s clothing aisles: That would be because there are no longer sections for boys and girls.

Not only are the separate sections done away with, but so are the individual labels on the clothing. The children’s clothing section is now a conglomeration of non-specific clothing, intended to encourage children to branch outside of gender “boxes” and try out clothing pertaining to that of what was once known as the opposite sex.

Your boy wants the latest JL Plisse slip dress? No problem—no “confining” label—no need to wander to a girl’s section. Or perhaps he’d still like to retain the dinosaur print style, but to have it in dress form? That’s part of the new “unisex” range. Your daughter wants JL’s three-piece suit, or fancies a set of jocks? No worries—no rules—no labels—no judging.

The store website still displays gender-specific clothing, but that practice is under review and likely to be changed.

John Lewis isn’t the only store going in this direction for children’s clothing. Target has just launched a new gender-neutral line, which will be featured in many stores between the girls’ and boys’ sections. The move comes in conjunction with Target’s decision to start installing gender-neutral bathrooms.

Should John Lewis be removing ‘boys’ and ‘girls’ labels on children’s clothes and in stores?

And the changes in children’s clothing are now making their way into schools. Dozens of headlines have been made in England lately, especially regarding a developing story in which a Church of England school allowed its boys to start wearing dresses if they so chose. The news revolved around a couple that removed their two children from the school after a transgender classmate was given permission to wear a dress.

“It’s very confusing. How do children deal with that”

Nigel and Sally Rowe withdrew their 6yo son from a school with a transgender child pic.twitter.com/GK8xHPdm8W

Of course, the gender-bending is not limited to children. Many companies are designing and producing genderless adult clothing, even pushing the idea that separate men’s and women’s clothing should not even exist. Case in point: Selfridges’ Oxford Street store replaced its men’s and women’s sections with three entire floors of “agender” products. Selfridges, like John Lewis, is a well-known and even prestigious brand.

Of course, by now this should not be surprising. These stores are only now finally catching up with the kinds of items that have been paraded around catwalks for years. For example, here’s fashion designer J. W. Anderson’s reportedly “standout” take on men’s fall fashion for 2013:

This year’s London Fashion Week Men’s spring collection was along similar lines—a rank and file of gaunt males, most of them pasty white and long-haired, variously arrayed in dresses, tube tops, and high heels. As the Guardian’s head of fashion Imogen Fox wrote in the 2015 season: “This is perhaps the main point of the 2015 take on unisex—that menswear is becoming more feminine and not the other way around.” Her article “Dude Looks Likes a Lady: The Unisex Trend Blurring Gender Boundaries” asks optimistically if the runway shows, which were “all about feminization,” would finally go mainstream. It seems that, gradually at first and now with more and more momentum, they are.

And, at least in the more traditional stores, they are starting with the children.

What was just yesterday a drive to make the minuscule segment of the population that is transgender feel accepted is quickly becoming a mainstream effort to teach our children that there are no differences between males and females. And that, should they so desire, they may change sex or identify as no sex. That by the age of 2 they can make a decision about being transgender.

Children are deeply impressionable. Naturally, this kind of instruction has caused a massive uptick in children seeking medical advice for their gender. The UK’s Gender Identity Development Service (a clinic specifically for young people) has seen a 2,000 percent increase in referrals since 2009.

This education has left several young people traumatized. Stories have been emerging over the last several months of American kindergarten students, who had transgender books read to them in class, coming home confused and in tears for fear of turning into a different gender. Those young kids who accidentally refer to their transitioning classmates by the “wrong pronoun” risk the trip of shame to the principal’s office. Check out one of these incidents:

This all represents an extremely potent step in a lightning-fast, radical social transformation.

The people behind these moves want us to raise up a new generation to believe they can be any sex they want, whenever they want. They want parents to accept that if children decide (perhaps by the age of 2) that they are not the right gender, they can start wearing clothing of the opposite sex—which quickly begins to have far more radical ramifications: taking pre-puberty hormone blockers; later getting nipped, tucked and inserted with various plastic appendages. Many of these young people will surely decide to be no gender at all and may go down the track of removing nipples and genitals altogether to become purely “sexless.”

Michelle Cretella, M.D., president of the American College of Pediatricians, (bravely) pointed out in her article “I’m a Pediatrician. How Transgender Ideology Has Infiltrated My Field and Produced Large-scale Child Abuse,” it is child abuse to be pumping our children with hormone adjusters and various other largely untested medical procedures. And it’s child abuse to be brainwashing our children from toddler age that their gender is simply fluid. Gender is developed and hardwired in the womb. To pretend otherwise, and teach otherwise, is a dangerous lie.

A recent article on the UK Mirror lambasted those who take issue against “boys wearing dresses.” The author stated, criticizing the religious, “The Bible does not discuss … cross-dressing.” Actually, it does. Deuteronomy 22:5 unequivocally states: “The woman shall not wear that which pertaineth unto a man, neither shall a man put on a woman’s garment: for all that do so are abomination unto the Lord thy God.”

There are plenty of scriptures that confirm that this law still applies (for example, Matthew 5:17-19; 2 Timothy 3:16; 1 Timothy 2:9-10; and 1 Corinthians 6:9). But perhaps a more compelling argument is just to watch what is happening in Western society because we have cast this law aside. The dangers are quickly becoming clear. What started small just a short time ago has overnight become a movement threatening to utterly overhaul Western culture.

Read Trumpet contributor Dennis Leap’s latest article, “Encouraging Gender Fluidity Is Child Abuse.” And if you’re in for more of a detailed read, take a look at our booklet Redefining Family, by Joel Hilliker. He writes:

Why male and female? Have you ever thought about that? … Homosexuality advocates assume that gender is mere decoration—maybe an evolutionary quirk, or even a mistake on God’s part. At best, they trivialize and neutralize sex distinctions.

What if that assumption is wrong?

Is it possible that sex is neither an accident of evolution, nor an arbitrary ornament on creation, but a conscious, deliberate choice and intentional design fashioned by a super-intelligent Creator who used superior reasoning and logic?

God created two genders for a supreme purpose. Attempts to blur and destroy this will always end badly.

There are many other groups out there that see the danger behind this trend, though that number is shrinking. But how many know why God created two genders—what His purpose is for marriage and family? This subject has a built-in vision more wonderful than most understand—one absolutely central to God’s purpose for man.

This is why John Lewis’s move is so dangerous. It is destroying the family, the foundation of society. It closes people’s eyes to their supreme reason for being.

For a complete study on the vital importance of this subject, read our free booklet Redefining Family.