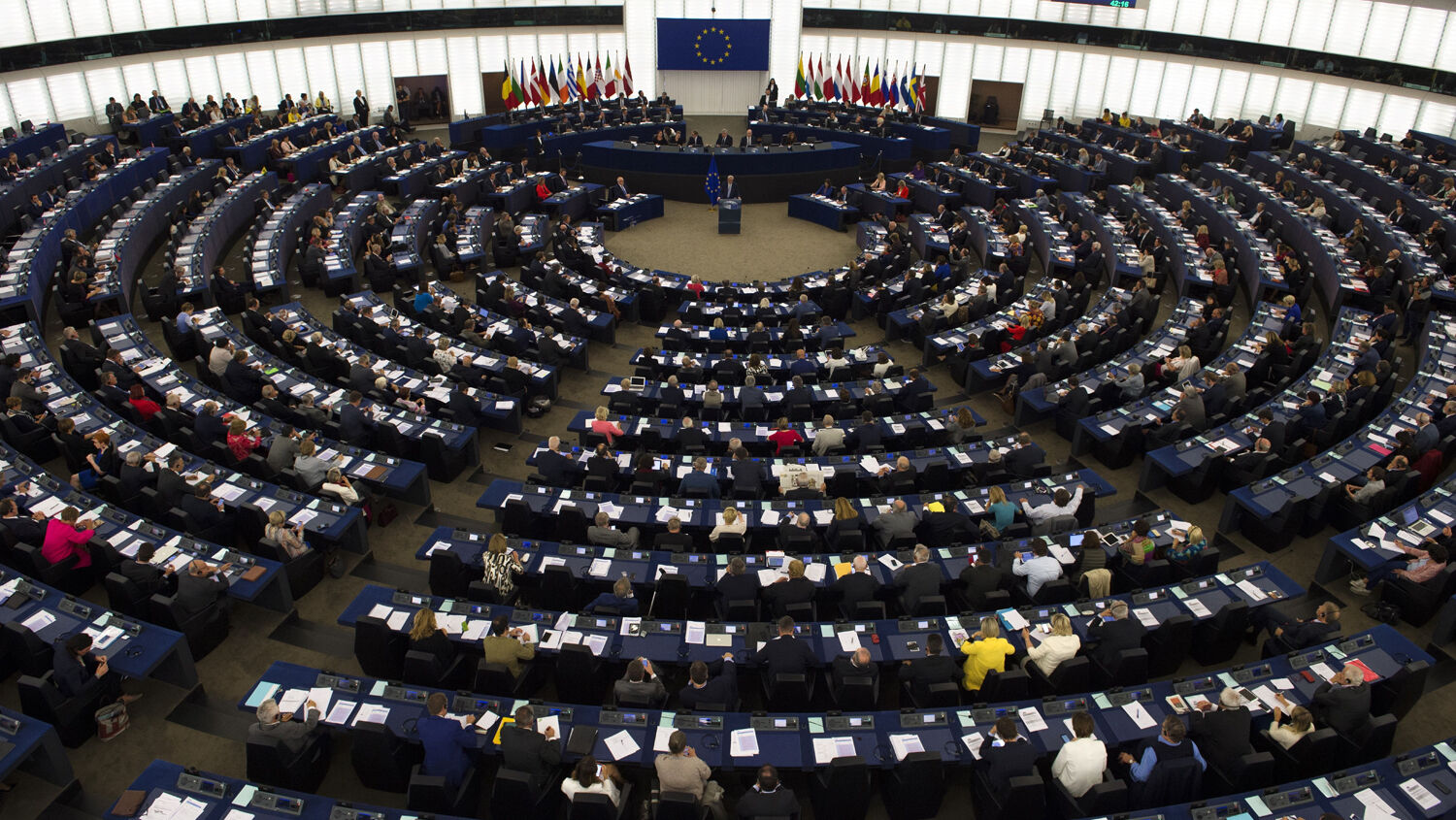 … should remind us of Herbert W. Armstrong’s forecast for Europe.

European Commission President Jean-Claude Juncker painted for his audience a picture of the Europe of his dreams—a United States of Europe—in his State of the Union address on Wednesday. “It was the biggest and boldest speech that we have seen from a European leader since the days of Jacques Delors,” wrote British mep Nigel Farage, referencing the former president of the European Commission who breathed life into the European Union during the 1980s.

Juncker’s address indeed covered what would be huge and dramatic changes to the EU—from a European finance minister to removing nations veto rights to creating a United States-like presidential figure to building a European Cybersecurity Agency to needing a European army by 2025.

While every European nation has its own floor plan for the architecture of the Union, its leadership has made it clear that it’s time to build an EU that has more efficiency, more power and more unity.

This should remind Trumpet readers of another forecast of Europe’s future. Jean-Claude Juncker’s vision for a United States of Europe matches what Herbert W. Armstrong described in the Plain Truth in 1934.

“[I]f 300 million Europeans were united and could speak with one voice, this would excel any might in the world today,” the Plain Truth proclaimed in 1967. “One thing you can count on. In fact, it is so sure you can bank on it: The cry of a political union in Europe will get louder, and before long we will see the Common Market develop into a United States of Europe.”

That Union, as Mr. Armstrong described, based on numerous Bible prophecies, would be split into eastern and western “legs” led by a dominant Germany and directed by a “confidence-inspiring leader.”

To see just how dramatically Juncker’s speech matches what Mr. Armstrong forecast, here’s a trimmed-down version of his speech, with added commentary.

Juncker began by discussing trade—one of the core reasons for the EU’s existence:

With the help of the European Parliament, we have just secured a trade agreement with Canada that will provisionally apply as of next week. We have a political agreement with Japan on a new economic partnership. By the end of the year, we have a good chance of doing the same with Mexico and South American countries.

The EU’s push to build a global trade alliance is a trend worth watching—you can read more about that in our article “Europe, China, Japan and the New World Order” from the latest print issue of the Trumpet magazine.

But soon Juncker was off into areas that represent a more significant power grab by the EU. This started with cybersecurity:

Cyberattacks know no borders and no one is immune. This is why, today, the Commission is proposing new tools, including a European Cybersecurity Agency, to help defend us against such attacks.

One must recognize the nature of cybersecurity. As the Germans argued when expanding their military cyberunit, cybersecurity is not possible as a merely defensive operation. You need to attack. Cyber has become the fourth offensive branch of a nation, after the army, navy and air force. Europe must call a European Cybersecurity Agency what it will be—a branch of the European army.

The next vision was of a European minister of economy and finance:

Germany and France, the real heavyweights of Europe, are already behind the idea of a common finance minister. The European Central Bank, so instrumental in swiping away chunks of sovereignty from Greece, Cyprus, Spain and Italy, is already effectively controlled by Germany. And as the apocryphal maxim of the Rothschilds goes, “Give me control of a nation’s money and I care not who makes its laws.”

A few minutes later, members of the European Parliament heard of Juncker’s dream to remove a nation’s veto power in foreign-policy decisions (emphasis added throughout):

As Farage commented after the address, “If, for example, the whole of Ireland is opposed to EU military intervention, it will make no difference. This plan is the death of nation-state democracy in Europe.” Many of the EU’s decisions have been held up by a single nation’s protests—often by the United Kingdom, which is now leaving. This sluggishness that results from the requirement for unanimity must be removed. Action must not be prohibited by the minority.

Almost in the same breath came a 2025 deadline for the European army—or in Juncker’s terms, a European Defense Union:

A new European Defense Fund is in the offing. As is a Permanent Structured Cooperation in the area of defense. By 2025, we need a fully fledged European Defense Union. We need it. And nato wants it.

To top it all off, the EU needs a president with more power. A president like that of the United States of America, as Juncker hinted, with greater executive powers:

More democracy means more efficiency. Europe would function better if we were to merge the presidents of the European Commission and the European Council. … Europe would be easier to understand if one captain was steering the ship. Having a single president would better reflect the true nature of our European Union as both a union of states and a union of citizens.

This is the vision of Europe that its elites are striving for: one where its military is unified and can finally take advantage of its 700 million people, one where taxation and economic sovereignty have been surrendered for the greater good, one where a president has the ability to act without pesky delay.

And all the while, Juncker peppered in the keywords “democratic” and “solidarity” for good measure, as proof that those words describe the EU’s nature. Because, as Peter Thorneycroft, former chancellor of the exchequer of the United Kingdom and europhile, described in Design for Europe (1947): “No government dependent upon a democratic vote could possibly agree in advance to the sacrifice which any adequate plan must involve. The people must be led slowly and unconsciously into the abandonment of their traditional economic defenses, not asked in advance ….”

Many others recognize the radical nature of Juncker’s vision. “A United States of Europe” was the front-page headline in the Daily Telegraph on Thursday. “Anyone that heard his speech now knows what direction he is sailing it in—towards a United States of Europe,” said the Conservative Party’s most senior mep, Syed Kamall. The EU is “an institution whose leaders are determined to drive it ever further towards a pseudo-nation,” wrote Ross Clark for the Spectator.

Go back and read Mr. Armstrong’s forecasts for Europe. (We have collected them in our free booklet He Was Right.) “For 50 years I have been crying out to the world the Bible prophecies of this coming ‘United States of Europe,’” he wrote in 1983, “a new united superpower perhaps more powerful than either the Soviet Union or the United States!”