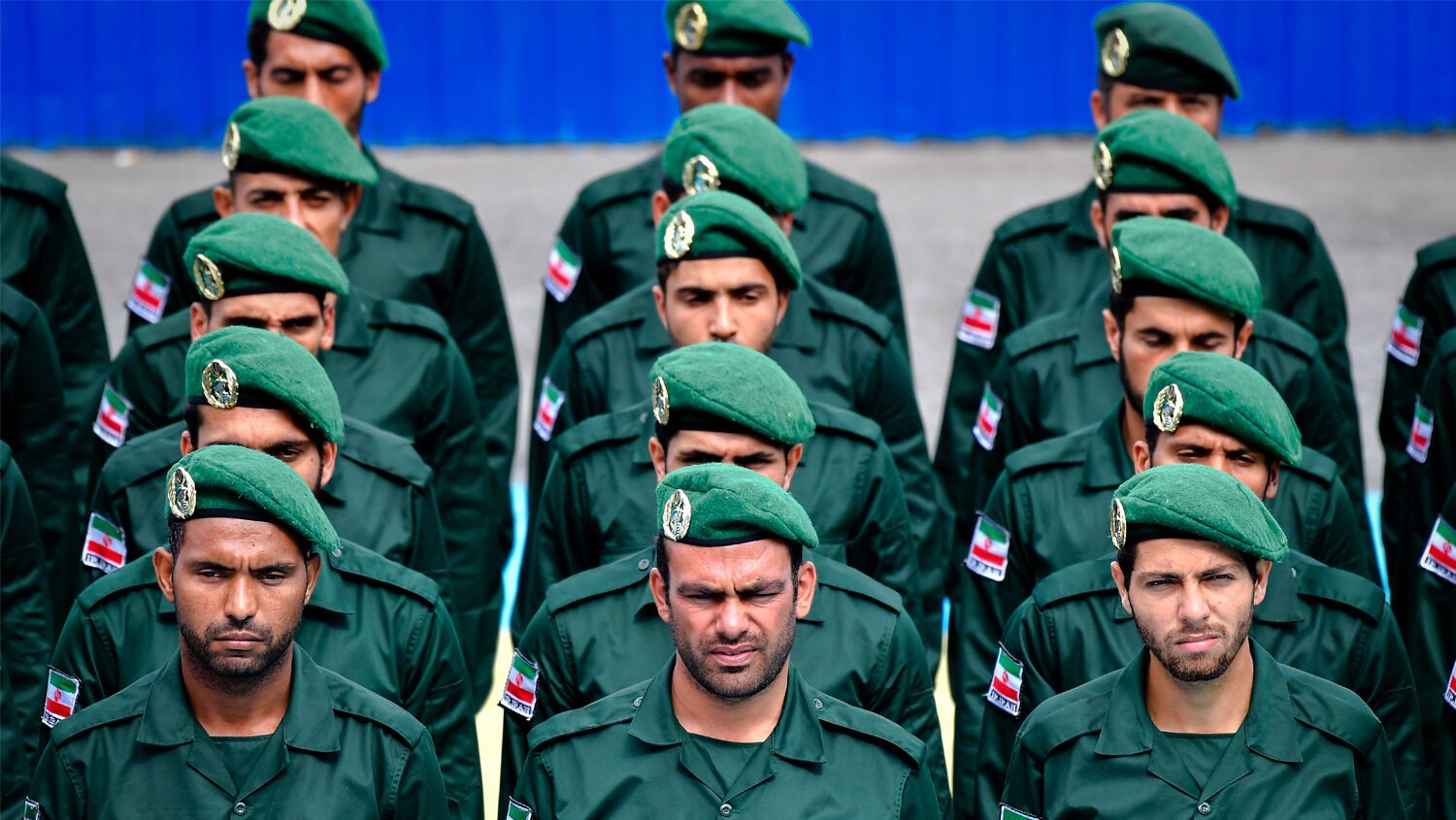 Iran’s military strategy for the Atlantic could threaten America if it succeeds—and threaten Europe if it fails.

On August 13, Iranian Navy Commander Rear Adm. Habibollah Sayyari declared: “No foreign military official could even imagine that the Iranian naval forces might reach the Atlantic Ocean. No one saw it likely that Iranian forces could sail around Africa [through] the Suez Canal, but they proved to be capable of doing that. On cnn, the Americans drew a line from [the Iranian port city of] Bandar Abbas to the Atlantic and said Iran by no means was capable of entering the ocean and passing through it, but we reached the Atlantic, and we will go to the west of the ocean in the near future.”

In November 2016, Iran claimed to have reached the South Atlantic Ocean via South Africa with 44 flotilla, which included its Alvand and Bushehr destroyers. It appears that it is planning to reach the North Atlantic either via friendly host countries like South Africa, Venezuela and/or Cuba, or via the Suez Canal and the Mediterranean Sea.

The cnn video that Sayyari referred to last week was likely from 2011. In it, Sayyari himself is quoted as threatening to deploy Iranian naval ships into the Atlantic and establish “a powerful presence close to American marine borders” to reciprocate American presence in the Persian Gulf. At the time, White House Press Secretary Jay Carney said the Obama administration did not take Sayyari’s comments seriously, “given that they [did] not reflect at all Iran’s naval capabilities.” As cnn’s Brian Todd explained back then, Iranians would have to overcome massive maintenance and refueling challenges if they attempted to sail 9,500 miles from Iran to America’s East Coast via the Suez Canal and the Mediterranean.

A lot has changed in six years, and Sayyari appeared to be reminding the world about that.

Six years ago, Sayyari served as navy commander in the Iranian administration of Mahmoud Ahmadinejad, which frequently spewed insanely bombastic and terrifyingly apocalyptic rhetoric that many thought did not match the Islamic Republic’s military capabilities.

Today, Sayyari still serves as navy commander, but in the administration of Hassan Rouhani, which has toned down some of the rhetoric, earned international legitimacy, acquired billions of American dollars, and beefed up Iran’s military competencies.

Sayyari bragged to reporters: “All equipment and facilities of the Navy are now home-produced, and in addition, Iran’s Navy is also self-sufficient in education and human resources.” Some of Iran’s domestic ships could be nuclear powered and capable of waging electronic warfare.

Sayyari has also indicated that Iran’s Atlantic exercises would involve the Sahand: Iran’s most advanced destroyer, which reportedly has 30 percent more stealth capability than any other domestically manufactured Iranian destroyer.

In the past few years, Iran has been increasing its presence in international waters to secure shipping routes and to protect its commercial vessels and oil tankers from pirates. It has expanded beyond its regional presence in the Caspian Sea and the Persian Gulf, and it has deployed as far east as the Indian Ocean, the Strait of Malacca and the South China Sea, and as far west as the Gulf of Aden, the Bab el-Mandeb, the Suez Canal, the Mediterranean Sea and possibly the South Atlantic. In February, Iran conducted its largest naval exercises, code-named Velayat 95, which is a reference to a religious doctrine about Iran’s theocratic authority. The exercises covered 2 million square kilometers from the Strait of Hormuz in the Persian Gulf to the Indian Ocean to the Bab el-Mandeb in the Gulf of Aden.

Indeed, much has changed in six years.

But there’s also a lot that hasn’t changed. Sayyari’s announcement last week seemed to be a reminder to the world that Iran’s intent to confront America remains unchanged.

Iran’s leaders have said that its latest push into the Atlantic is a response to new U.S. sanctions on Tehran. When the Iranian parliament voted to increase defense spending by $500 million, about half of which was earmarked for ballistic missiles, lawmakers reportedly chanted, “Death to America.” President Rouhani threatened to revert to Iran’s pre-nuclear deal aggression, and Iranian military officials said that their country “faces an enemy that only understands the language of force” and that “they cannot speak to the enemy with another language.”

In recent weeks and months, Iranian drones and patrol boats have repeatedly endangered U.S. jets and ships in the Persian Gulf.

It was plainly and painfully evident how unhinged and dangerous Iran’s leaders were during the presidency of Ahmadinejad. He spoke often about it. Sometimes he exaggerated the threat his military posed. Sometimes he understated it. It is quite common for Iranian leaders to lie about their military capabilities and then brag about that deception. They believe in the Islamic doctrine of Taqiyya—permissible deceit and lying toward non-Muslims. Al-Muhallab, an eighth-century Muslim authority, once declared, “You must use deception in war, for it is more effective than reinforcements.”

Deception or no, it ought to be plainly evident that Iran has been reinforcing its military and naval capabilities.

To be clear, aspects related to psychological warfare are more important than the military aspect of the planned Atlantic Ocean deployment. Iran’s limited fleet is incapable of facing possible threats of much stronger naval fleets. However, the presence of a middle power such as Iran in the Atlantic Ocean could have a major psychological impact on its rivals, especially the United States. It thus appears that Iran, just as is the case with its missile program, is trying to use its navy to achieve the goals of its broader gunboat diplomacy. In other words, rather than passively seeking to decrease tension caused by the presence of foreign fleets in the Persian Gulf, it is trying to kick the ball in the other side’s court through these kinds of measures.

It remains to be seen if Iran is actually capable of reaching the Atlantic and going “to the west of the ocean,” as Sayyari threatened. But if the furthest the Iranian Navy can sail is the east of the ocean, those who will be most threatened by that deployment will be the Europeans.

So far, Iran poses a comparatively distant and indirect threat to the U.S. mainland. The threat it poses to Europe is more immediate and direct. Bible prophecy shows why this geopolitical reality is significant.

Ultimately, it will not be the United States unleashing this whirlwind attack, which apparently will end Iranian terrorism once and for all. It will be Europe. Request Mr. Flurry’s free booklet The King of the South to see just how specific the Bible is about Iran’s future. Then watch Iran’s military activities in the Red Sea, the Mediterranean and the Atlantic, and watch how the nations closest to those waters react.