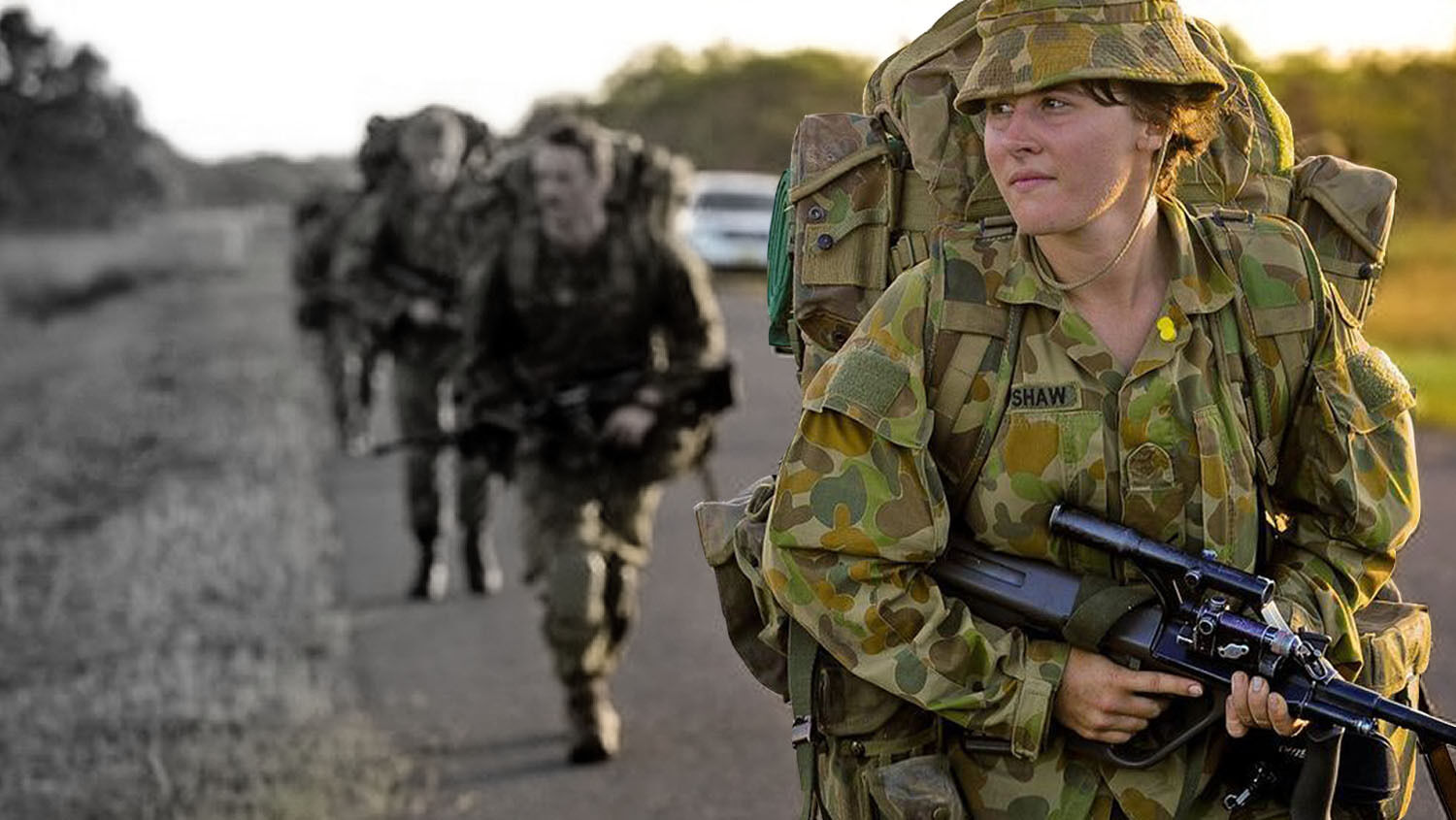 Australia is in a battle over whom to send to battle.

The Australian Defense Force (adf) believes there are not enough women defending the country. For “diversity’s” sake, as the Daily Telegraph reported, only women are to be recruited for the next 12 months.

As reported also in the West Australian:

Australian Defense Force recruiters have been told they will be reposted if they ignore directives to exclusively target women for most new jobs.

This week’s target list of army jobs is looking for recruits in 50 roles—but 35 of those are available to women only, including on the front line in the armored cavalry and as a combat engineer.

There are currently no jobs available for men in the infantry as a rifleman or as an artilleryman, but both jobs are highlighted as “recruit immediately” if a female candidate comes forward.

Same for the Navy and Air Force. In the next six months, only one of the Navy’s 18 job openings will be available for men. In the Air Force, none of the seven will be.

There is one exception. Males who are Aboriginal or Torres Strait Islander—a minority group making up less than 3 percent of the population—will be considered for the roles.

Immediately following these revelations on August 11, the adf released a press report. “All roles in the Australian Defense Force (adf) are open for men and women to apply. … Men are not excluded from any roles. … There are no adf positions which are open exclusively to women. … The entry standards for adf recruitment have not been reduced.”

There are no Australian Defence Force employment categories which are open exclusively to women https://t.co/GzYREr5gr8

All the statements were true. As a number of insiders will tell you, all men can apply—that’s not the problem. But women will be recruited ahead of them. It’s true that “men are not excluded from any roles.” But if a woman applies, she will be selected ahead of a man. It’s true that standards have not been lowered. That’s because women already have a lower standard. (For Air Force females, that’s a mere four push-ups and 20 sit-ups.)

The adf itself advertises its goal for “female participation rates of 15 percent for the Army and 25 percent for the Navy and Air Force by 2023.” And because women are not climbing over the top of each other to sign up, the adf has to facilitate the process.

In 2014, the Australian Department of Defense released a 190-page report titled “Battling With Words: A Study of Language, Diversity and Social Inclusion in the Australian Department of Defense.” This report was not following Winston Churchill’s example, who “mobilized the English language and sent it into battle.” It was about diversity, about “exclusive” banter, about how to make the majority change to fit the minority.

“Defense felt like a bastion of white men,” wrote the report’s author in the preface. Further down:

Compared to the wider community, Defense is an Anglo-Australian, male-dominated organization. Such a demographic profile is no longer desirable or sustainable.

Any clarifications in press reports released by the adf are merely to quiet bad press. In reality, it’s just pursuing its publicly stated goals.

Some say this is a sign of cultural decadence—that a nation’s leaders would care more about diversity in gender than physical competence when defending the nation in war. It is. As Trumpet managing editor Joel Hilliker wrote when the United States thrust women onto the front line in 2013: “A leader is expected to view that woman not as a woman, but simply as a soldier …. In the up-is-down moral climate of today’s military, [a man’s] reluctance to pitch her into the lion’s den is considered backward.”

In terms of national military, the Trumpet also warns that the United States and the nations of the British Commonwealth, which includes Australia, have a “broken will.” When you see a nation rejecting men and accepting women to fight its battles, all in the name of gender diversity, it’s not a sign of robust strength. It’s a sign that there are other things on the nation’s mind than the will to victory.