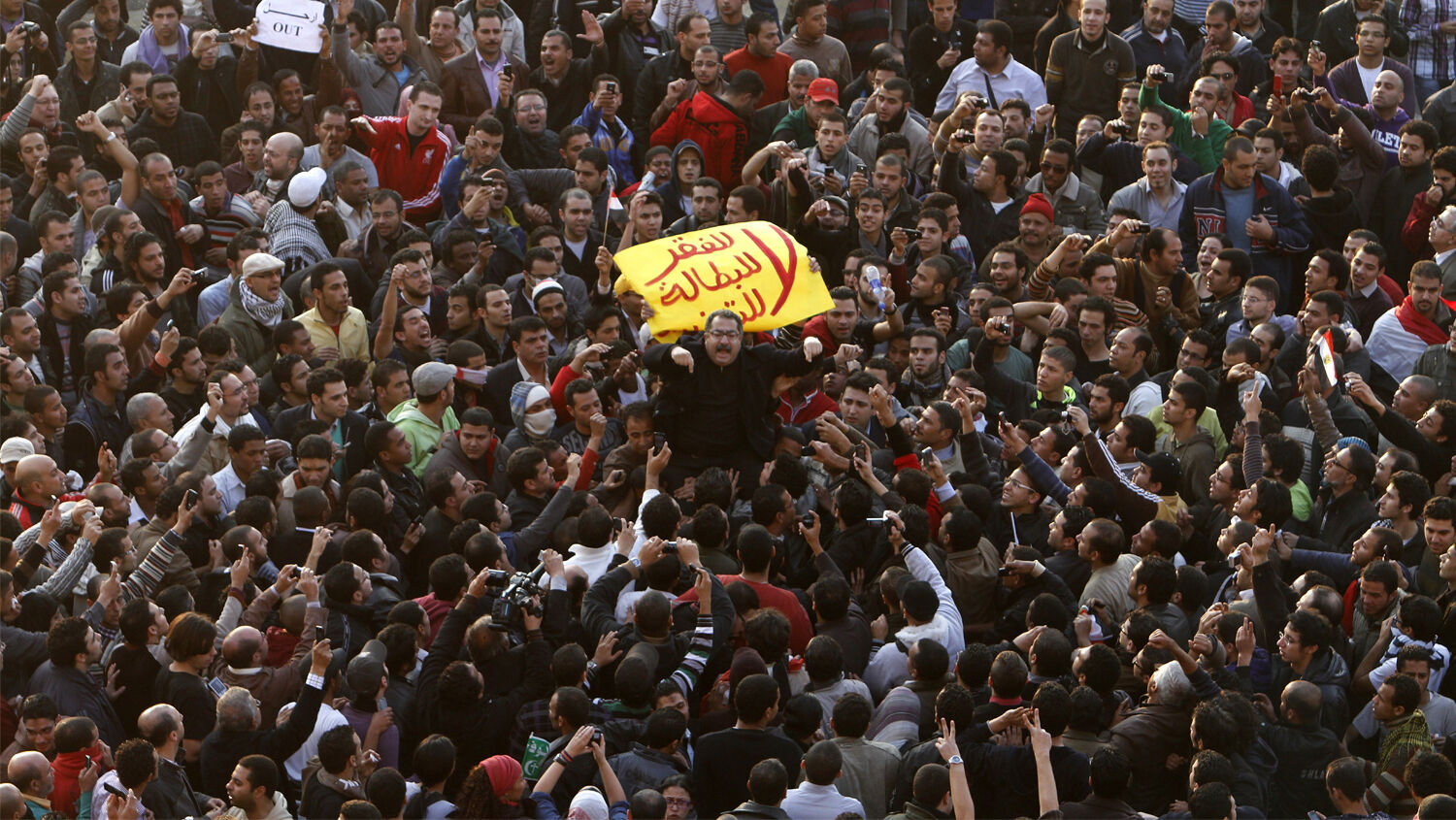 Egyptian demonstrators protest in central Cairo to demand the ouster of President Hosni Mubarak and calling for reforms on January 25, 2011.
MOHAMMED ABED/AFP/GettyImages

Government cutbacks to subsidies are creating a climate of revolt in Egypt.

JERUSALEM - Egyptian President Abdel Fattah al-Sisi is trying desperately to turn around Egypt’s failing economy. In order to accomplish this, Sisi has imposed strict austerity measures, including cutting back the long-standing food and fuel subsidies that 75 percent of Egypt’s almost 100 million people receive. Adding to those cutbacks, Sisi floated the Egyptian pound late last year, which saw the currency lose half its value overnight and, in turn, saw inflation levels surge to around 30 percent.

Cumulatively, this means that not only do Egyptians have to buy goods they used to get heavily discounted, but the money they do have, doesn’t go as far for the overpriced goods.

This economic double whammy is hitting Egypt’s population hard, and many are fearful it could lead to social unrest the likes of which could be worse than the 2012 Arab Spring.

Sisi recognizes this danger but has decided to enact the difficult measures for Egypt’s long-term benefit.

In order to receive a $12 billion loan from the International Monetary Fund that would hopefully kick-start the Egyptian economy, the subsidies had to go. In many cases, the blanket subsidies mean that anyone can receive cheaper food and fuel, regardless of whether they have a need. According to government officials, the subsidy system has been corrupted by the illegal resale of subsidized goods to buyers in Egypt and abroad.

To replace the subsidy system, the government has started to give cash payouts to individuals on a need basis. This should replace a large part of the corruption in the system, but, so far, the cash payouts have not overcome the rising prices for food and gas. Hence the rising social temperature in Egypt.

As savings erode and consumer buying-power shrinks, Mr. Sisi is betting that the expected payoff—new jobs, foreign investment and growth—will arrive before the economic pain risks another social explosion in Egypt, whose 2011 revolution inspired other uprisings in what became known as the Arab Spring.

So far, the Egyptian public has done well to not take to the streets as they watch what little individual savings they had contract with inflation. In part, this is likely due to Sisi’s clampdown on the media and on nongovernmental organizations working in Egypt, both of which could give voice to the people’s struggles.

Nevertheless, the economic struggle for Egypt’s masses is producing a volatile environment that could explode at any time. The Wall Street Journal continued:

“The current stability is stability on the tip of a volcano that is on the verge of an explosion. When it will explode, no one can predict,” said Abdelmoneim Aboul Fotouh, a moderate Islamist politician who received 17 percent of the votes in the first round of Egypt’s 2012 presidential election.

“If it happens, it won’t be a revolution carried out by the middle classes, like in 2011,” Mr. Aboul Fotouh said. “Under current circumstances, what I’m afraid will happen is chaos. And if chaos unfolds in Egypt, it will be a threat not just to the Egyptians, but also to the whole region—and to the West.”

At the Trumpet, we are constantly watching Egypt for volatile situations like the one created by these austerity measures. While we cannot be certain this will be the event that leads to Sisi’s downfall by a popular rebellion, there is every indication that Egypt will indeed go through another change in leadership—toward an Islamist movement, such as the Muslim Brotherhood.

As Trofimov wrote in his piece, “Egypt’s January 2011 revolution was sparked, in part, by outrage over corruption and cronyism that accompanied Mr. [Hosni] Mubarak’s economic liberalization, and public sentiment leaned toward nostalgia for Nasser-era socialist policies.”

Could this happen again?

“Certainly, as discontent with the political system in Egypt increases, we can expect to see the Islamists grow in popularity.” Trumpet editor in chief Gerald Flurry has been predicting for almost a decade that Egypt will fall under the influence of Islamists, such as the Muslim Brotherhood. In his booklet The King of the South, he states, “Daniel 11:42 implies that Egypt will be allied with the king of the south, or Iran. This prophecy indicates that there would be a far-reaching change in Egyptian politics!”

Please order and read The King of the South to understand more of Egypt’s near future.