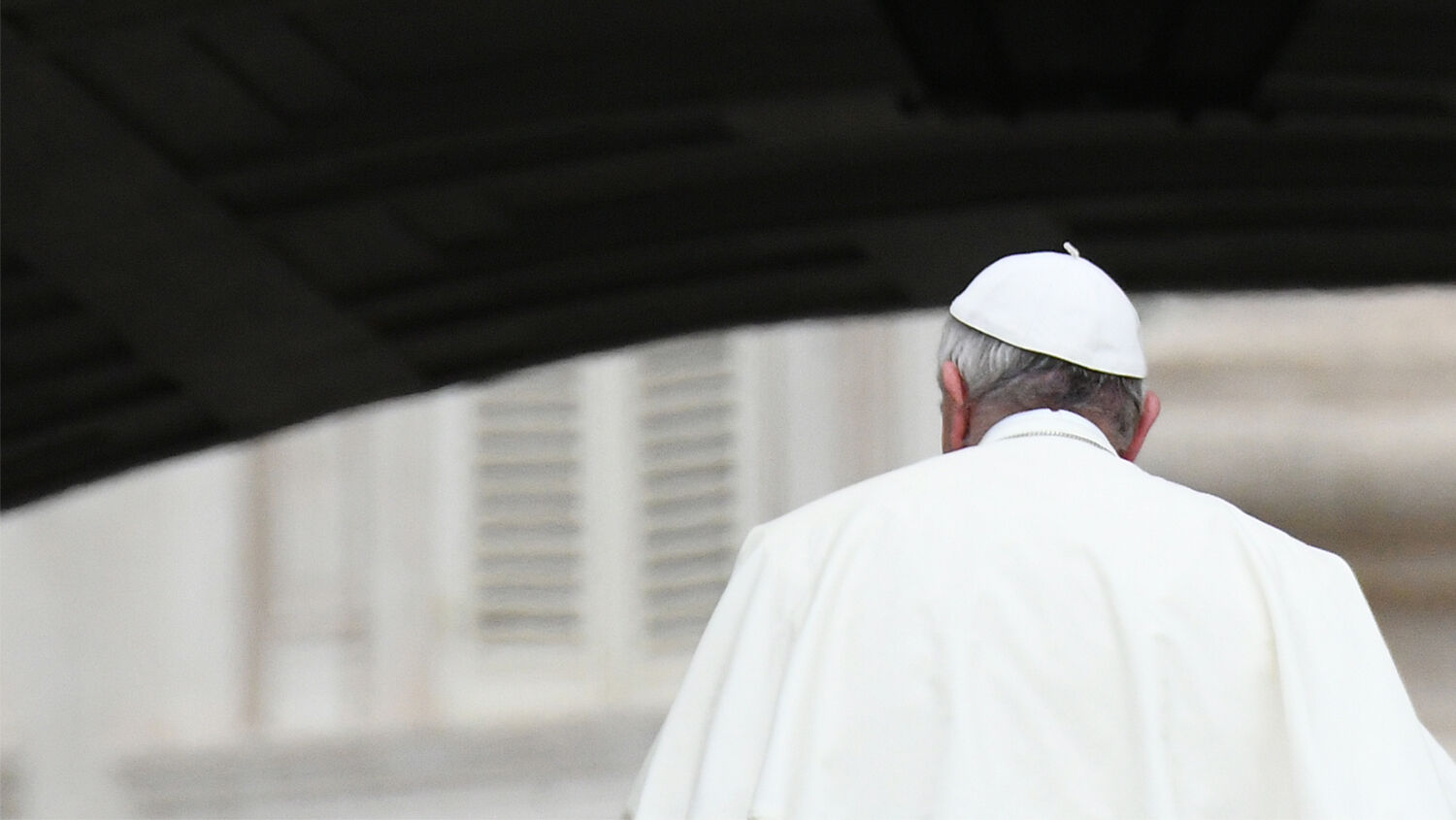 The bishop of Rome is agitating against capitalism and the United States.

A dangerous alliance exists between the United States and the Russian Federation, Pope Francis told Italian newspaper La Repubblica. This U.S.-Russian alliance has a distorted vision that threatens both immigrants and the poor, he said in an interview with Eugenio Scalfari on July 6—the day before U.S. President Donald Trump met with Russian President Vladimir Putin on the sidelines of the G-20 summit in Hamburg, Germany.

“I fear there are very dangerous alliances between powers that have a distorted vision of the world: America and Russia, China and North Korea, Putin and Assad in the Syria war,” Francis told Scalfari.

When Scalfari asked the pope what kind of danger these alliances posed, Francis told him that the greatest danger concerns migrants.

“As you know, the main problem in the world today—which is unfortunately growing—is that of the poor, the weak and the excluded, of whom immigrants are part,” the pope continued. “On the other hand there are countries where the majority of the poor do not come from migratory flows but from social disasters; others have few local poor but fear the invasion of migrants. That’s why the G-20 worries me: It mostly affects immigrants from countries all over the world and affects them even more as time goes on.”

Later in the interview, Scalfari expressed his own opinion that the nations of Europe needed to assume a federal structure as soon as possible to solve the migrant crisis.

“Yes, that is the case,” Francis said. “Countries will act if they recognize one truth: Either Europe becomes a federal community or it will no longer count for anything in the world.”

This is not the first time Francis has advocated for a federal Europe. He received the famed Charlemagne Prize on May 6, 2016 for “exceptional work performed in the service of European unity.” Then, almost a year later, he delivered a speech to the leaders of 27 European Union member states. This speech commemorated the 60th anniversary of the signing of the Treaty of Rome. During his address, the pope warned that the European Union risks “dying” unless its leaders band together against populism.

What makes the pope’s interview with La Repubblica unique is that it marked the first time Francis has openly stated that a federal Europe is necessary to counterbalance the United States.

Even many Catholics do not grasp that Vatican City is more than the headquarters of a religion; it is a nation-state participating in political machinations involving empires.

Before World War i, the Vatican’s geopolitical partner was the Austro-Hungarian Empire. But after the Habsburg dynasty lost its political power, Pope Pius xi negotiated treaties with fascist Italy and Nazi Germany in a bid to halt the spread of communism into Europe.

After the Axis powers were defeated in World War ii, Pope Pius xii struck an alliance with the U.S. Central Intelligence Agency to smuggle 30,000 Nazi war criminals to locations where they could continue laying the foundation for a European superstate.

Once it became apparent that the United States might not win the Cold War, Pope John xxiii and his successor Pope Paul vi abandoned the Vatican alliance with the cia in pursuit a policy of peaceful coexistence with the Soviet Union. By allowing proletariat priests to replace traditionalist Catholic notions of “Christ the king” with a new image of “Christ the worker,” these popes sought to create a Communist-friendly version of Catholicism.

Pope John Paul ii renewed the Vatican alliance with the U.S. during the 1980s, when he saw that the Soviet Union was finally ready to collapse. After the ussr fell apart in 1991, Pope John Paul ii and his successor Pope Benedict xvi dedicated their papacies to the creating of a federal European superstate powerful enough to return Roman Catholicism to the global influence it exerted during the Middle Ages.

The current pope is continuing his predecessors push for a federal Europe. But as a left-wing activist mentored by a Paraguayan Communist, Francis is also working to stir up resentment against capitalism in general and the U.S. in particular. In some ways, it seems Pope John Paul ii helped bring down the Soviet Union only for Pope Francis to position the Catholic Church as the Soviet Union’s economic successor.

Eugenio Scalfari asked Pope Francis last November whether he was advocating for a Marxist society. “It has been said many times and my response has always been that, if anything, it is the Communists who think like Christians,” Francis replied. “Christ spoke of a society where the poor, the weak and the marginalized have the right to decide. Not demagogues, not Barabbas, but the people, the poor, whether they have faith in a transcendent God or not. It is they who must help to achieve equality and freedom.”

While Christ did highlight the importance of free-will generosity to those genuinely in need, He never advocated state-enforced income redistribution.

Regardless of the exact economic policies that the Vatican implements in the near future, it is important to recognize that Pope Francis and the College of Cardinals are actively working to establish a new system of world government. The Roman Catholic Church doesn’t believe the Kingdom of God is a literal kingdom to be established on Earth by Jesus Christ at His Second Coming. The Catholic Church’s position is that the Kingdom of God is a modern-day church, ruled by the “vicar of Christ.”

Biblical prophecy describes a church existing in the end time that holds significant political influence with “the kings of the earth.” It will have particular power over a political-military union of nations described in symbolic terminology as a “beast” (Revelation 17). This description can only apply to one church in modern history: a church that meddles in the affairs of nations and considers itself mother to all—a church that has repeatedly aligned with a political empire in order to exercise its power.

Based on these scriptures, Herbert W. Armstrong wrote in the October 1951 Plain Truth: “For, believe it or not, the United States of Europe—a Winston Churchill dream, an idea sponsored, aided, abetted and financed by the United States—is the very idea the pope will seize on, all ready-made, wrapped and labeled ‘made in U.S.A.’—ready to hand over to him! And in promoting this utopian idea, gullible, trusting America and Britain are creating the Frankenstein that shall destroy them!”

God tells us how we can be protected from this unparalleled disaster: “Therefore, O thou son of man, speak unto the house of Israel; Thus ye speak, saying, If our transgressions and our sins be upon us, and we pine away in them, how should we then live? Say unto them, As I live, saith the Lord God, I have no pleasure in the death of the wicked; but that the wicked turn from his way and live: turn ye, turn ye from your evil ways; for why will ye die, O house of Israel?” (Ezekiel 33:10-11).

There is only one way that God will protect us. Our people must turn from our evil ways. It is of life-and-death importance that everyone who hears this message sit up, pay attention, and take note of the seriousness of the times.