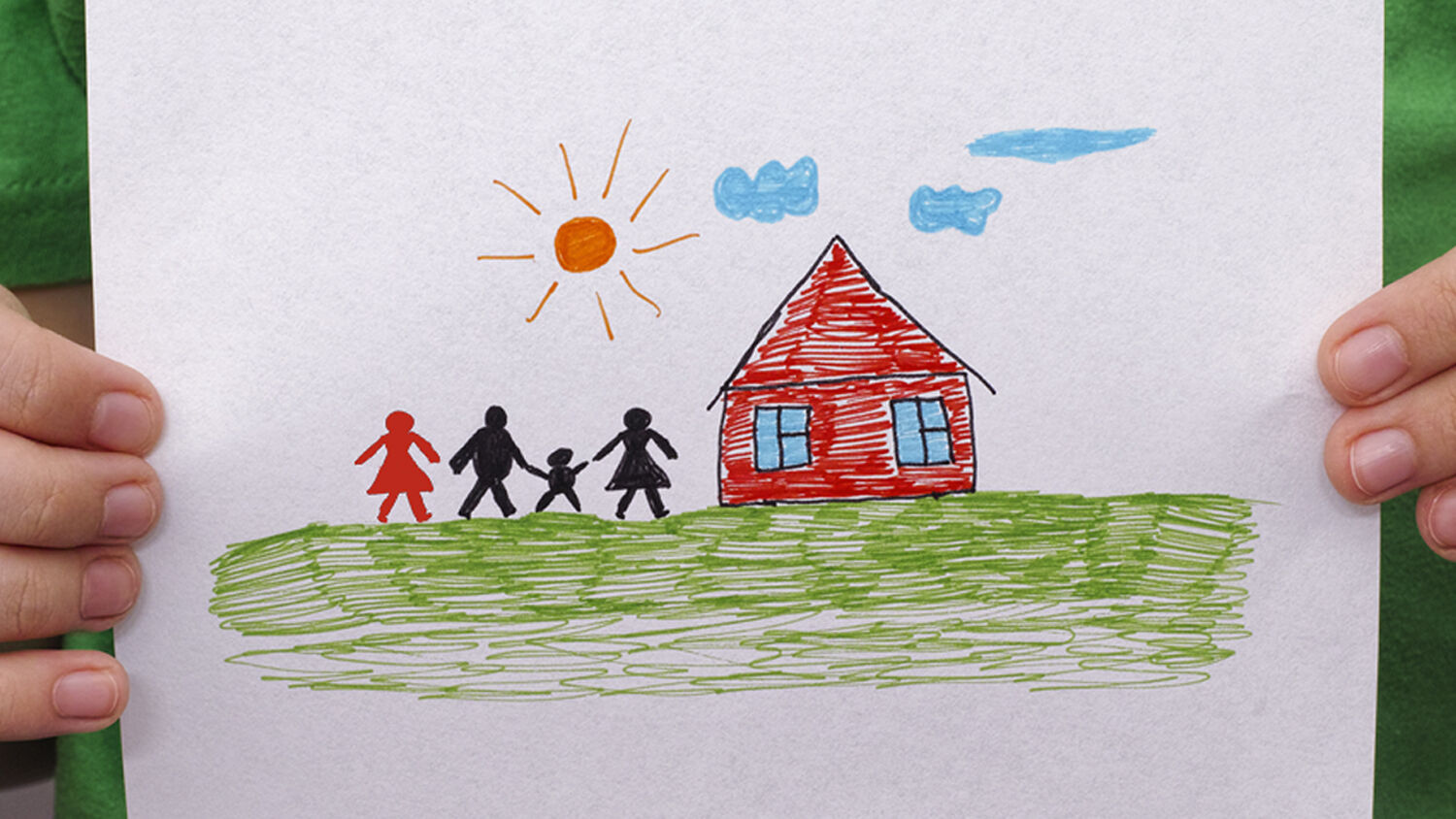 “Where are my parents?” asked one of my granddaughters as she broke out of a room full of toddlers. My wife and I knew who she was looking for. Her dad and mom—just two people, the man and the woman who conceived her and gave her human life. She, along with her father, mother, older sister and brother, would have, at one time, been considered the only socially acceptable picture of family. How times have changed! Today, that snapshot of family is considered by many to be cracked, faded and a thing to be discarded. For decades, new snapshots have been put in its place.

Here is the latest picture of “family” and how it came to be.

“Sixteen-year-old Madison’s family clustered for a photo in a California courtroom, commemorating the day it finally became official that she has three parents,” reported Jennifer Peltz for the Associated Press on June 18. “The adults she calls Mom, Dad and Mama were all there for her birth, after the women decided to have a child together and approached a male friend. They [all three] shared time with Madison and input on raising her.” This new trend is gaining ground in America.

The trend’s name is tri-parenting. It is more than a name, however; it is new definition of parenting (and family). Yet the arrangement is not new. A growing number of adult-child groupings similar to Madison’s have been forming across America for over a decade. What is new is the organized move by some to have the courts legally sanction a three-parent arrangement.

Here is more of Madison’s history: “In 2000, Bonner, who was in partnership with Bianchi, gave birth to Madison. At that time, California allowed for only two legal parents. Shumway, a long-time friend of Bonner and the girl’s biological father, knew it was important for Bianchi to be a legal parent, but at the time he ‘could not do that, sign away the rights to my daughter,’ [Shumway] said,” reported TheBlaze, which picked up the AP story.

“But legally, Victoria Bianchi became her daughter’s parent only this fall [October 2016], joining a small but growing number of Americans who have persuaded courts and legislatures to give legal recognition to what’s sometimes called ‘tri-parenting,’” continued Peltz for AP. “I just feel like I have been holding my breath for the last 16 years,’ Bianchi said. ‘She’s already been my daughter … she’s finally, legally mine.” It is important to note that Mark Shumway is in a homosexual relationship and that Bianchi and Bonner are no longer in a partnership.

Peltz related in her piece that Bianchi, in order to gain legal custody of Madison, took advantage of a 2013 California law that declared a child can have more than two parents. It is interesting legal history.

“The California bill was passed into law in reaction to a 2011 case, In re M.C., in which two women and a man each seemed to meet the criteria to be a legal parent of the same child,” wrote Joanna L. Grossman, a columnist for Justia’s website. The case involved a lesbian couple, a man (with whom one of the women had an affair) and a child born as a result of the affair. Grossman referred to the case as “a mess from beginning to end.” You can find the details of the case here. A word of caution, the case is disturbing in its details. If you don’t have the stomach for tough situations, you may want to skip the details and take Grossman’s word for it.

Prior to 2013 there existed “a longstanding precedent in California (and everywhere else) that a child can have no more than two legal parents,” continued Grossman. To solve what Grossman called “a complicated case,” the California legislature “lifted the judicially imposed two-parent cap.”

“American courts have for decades granted some rights to grandparents, stepparents and others in children’s lives, but parents have uniquely broad rights and responsibilities,” wrote Peltz. In other words, the American Constitution holds fast firm protection to the biological rights of parents and is careful to extend parental rights to others without due justification. However, the 2013 California bill set a precedent to loosen the law concerning parental rights. Eleven other states are following California’s lead.

“Advocates say acknowledging a third parent—whether on a birth certificate, by adoption, or in a custody or child support ruling—reflects the modern realities of some families: gay couples who set out to have a child with a friend of the opposite gender, men seeking to retain paternal roles after dna shows someone else is a biological father, and other situations,” wrote Peltz. We need to think deeply about what she is stating here. Have American courts taken “a tiger by the tail”? There are definitely some family situations that may require a nonbiological parent to be legally established as a parent—the case of adoption is an obvious one. However, should homosexual couples, as described by Peltz—three adults and one child—share legal rights as parents?

“The landscape is only getting more complex,” continued Peltz. “For instance, new techniques designed to avoid some rare diseases now allow for a child to be born with a small amount of dna from a third person. ‘Without legal rights, some parents and kids face being cut off from each other,’ says Cathy Sakimura, of the San Francisco National Center of Lesbian Rights, which helped draft California’s law.” Realize that in 2010, there were only approximately 594,000 homosexual couples vs. some 26 million heterosexual couples living in America. Do we see that it is the same-sex couples who are driving the definition of family and rewriting family law?

Family law experts agree. “The Supreme Court ruling of June 26, 2015, which declared that same-sex couples have the right to legally marry and adopt children, brought about a further change in our perception of what constitutes a family. Since the legalization of same-sex marriages, tri-parenting has become a popular topic,” Aretsky Law Group posted on its website on June 1, 2016. This is a disturbing situation.

Some Courts Say ‘No!’

While many are praising recent court decisions, there are other voices seriously questioning the judgment of the courts. Here are two big questions that only a few are willing to tackle. Is tri-parenting good for children? Or is tri-parenting a means to satisfy the emotional needs of an adult? “But some courts have rejected extending the bounds of parenthood,” wrote Peltz. “A 2014 Wyoming Supreme Court decision wondered about parents multiplying as a mom or dad had new relationships.” This poses a good question. What happens to a child (or children) if four or five adults declare their rights to be a parent?

There has not yet been intensive research into tri-parenting. In her article, Peltz pointed out that some psychologists see potential pluses for the trend. “That extra sense of social support has really been found to be beneficial for children,” said Anita Jones Thomas, head of the American Psychological Associations child-and-family section. Peltz continued: “But W. Bradford Wilcox, a University of Virginia sociologist points to research—not on tri-parenting specifically—showing that children in two-stable families do better on average educationally, emotionally and otherwise than kids who aren’t. ‘This is going to be a family form where children are exposed to more complexity and more instability,’ he says.”

If you read Peltz’s full article, you will see that some people involved in a tri-parenting situation have come to realize it is not such a great thing. One member of a tri-parenting family stated it is “logically dangerous territory.”

How did we get here with family? American and Western definitions of family have been changing for some time. In the mid-1950s, we used the name traditional, or nuclear, family. This meant two parents—a male and female—and their biological children. Because of rising divorce rates and the acceptance of premarital sex along with the increase of unwed pregnancies, sociologists added the term single-parent family. Then, with the repudiation of marriage as an institution, the name cohabiting family—two unmarried opposite-sex parents and their biological children—came into use. Now we have same-sex couples desiring to be called family. Remember, it is same-sex couples who are driving the acceptance of tri-parenting. We must see that the modern picture of family is grim.

Although the Bible, as the God-given guide for family life, has been rejected by many today—even professing Christians—it is the only reliable source of knowledge to follow for successful marriages and families. The Bible is the only source for establishing family law. Of course, people will laugh at such statements. But as Jesus Christ stated, we must look at the fruits of marriage and family (Matthew 17:16, 20). The fruits of our modern views of family are not good.

In Genesis 2:25, God established human family as an institution: “Therefore, shall a man leave his father and mother, and shall cleave unto his wife: and they shall be one flesh.” That is pure, simple and perfect truth and law. One man and one woman make a marriage. And the children of that marriage make a family. Any other form or scheme (other than adoption) than what is described here is a violation of the Fifth, Seventh and Tenth Commandments. It is immorality and it is law-breaking.

Let’s be honest. With each new experimental form of family, or marriage, that men come up with, our family situations have only gotten worse. Family life will only produce the happiness and joy we desire when we begin to live the way God intended.

If you desire that happiness and joy, several publications will help you on your way: The God Family Vision, Why Marriage—Soon Obsolete?and Redefining Family. You can download them at this website. Or, at your request, we will mail them to you without cost or follow-up.