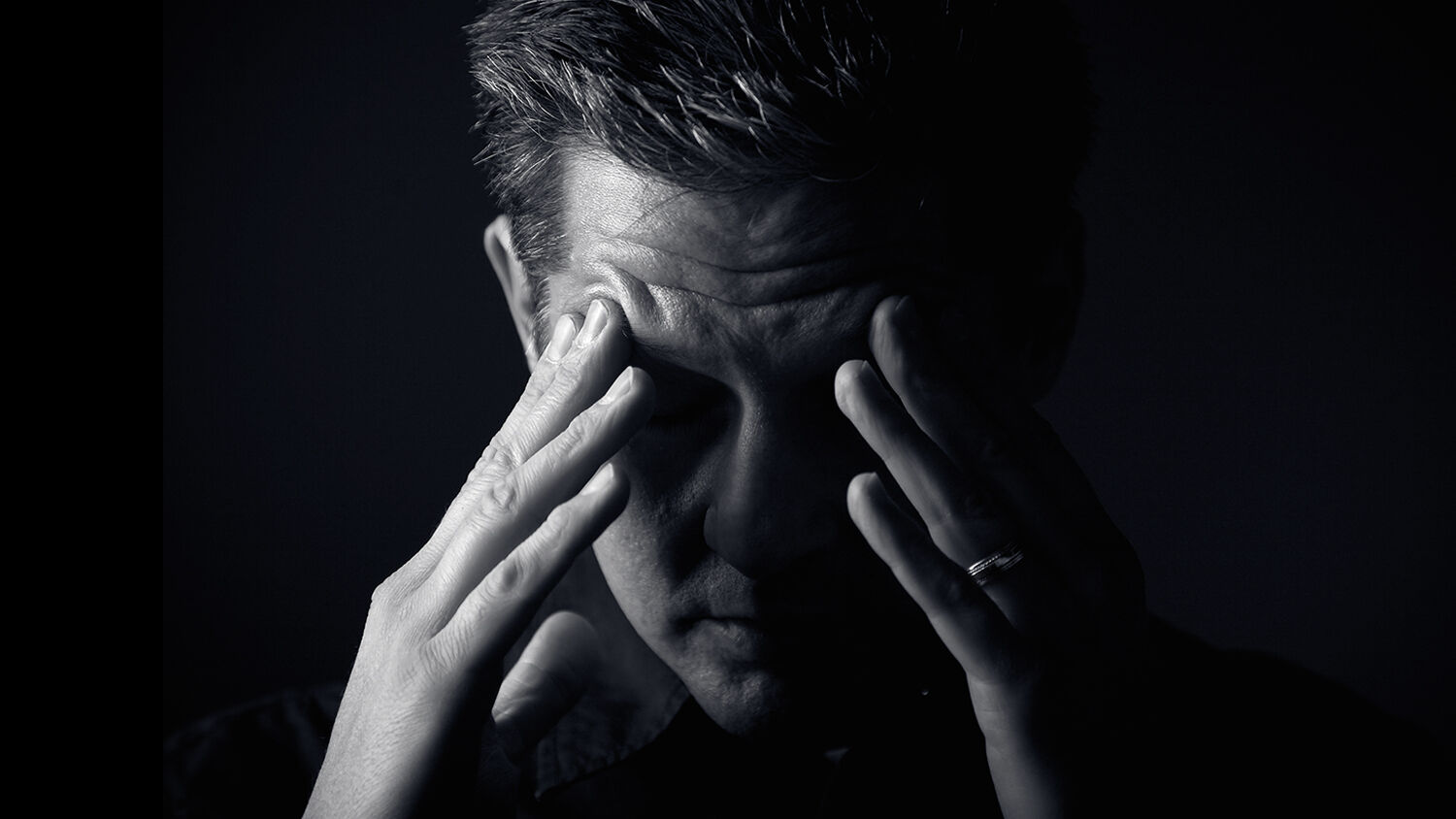 Psychiatrists want you to think so.

People who hear voices in their head are more common than you’d think. The largest survey ever conducted on the subject found that between 10 to 15 percent of Americans have had some sort of audible or visual hallucination. That’s according to a 1991 survey aimed at discovering how widespread these sorts of experiences are outside the mental health clinics. Over 25 years later, this subject is grabbing a lot of attention. And the big question isn’t how to stop the voices, but how to manage them.

In an article for the Atlantic titled “Psychics Who Hear Voices Could Be on to Something,” Joseph Frankel discussed the growing networks aimed at helping people manage and control the voices in their heads. His piece mainly revolves around the work of Yale psychologist Phillip Corlett and Yale psychiatrist Albert Powers.

In a nutshell, Corlett and Powers are trying to help people learn to control the voices in their heads—not get rid of them. Their unique approach is to study and observe psychics. Psychics voluntarily allow voices into their minds and claim to be able to control them. Corlett and Powers believe there is something from the psychics’ approach that could help people who view their “voices” as a mental illness rather than an advantage.

Frankel wrote that every psychiatrist he spoke to “shared the belief that unusual behavior should only enter into the realm of diagnosis when it causes suffering.” In other words, people who hear voices don’t need to seek medical help unless those voices are causing severe harm.

In some ways that can be a good thing. Often the medication prescribed to patients can accentuate the problem. What’s troubling about Frankel’s article and the authorities he quotes from is that they believe that hearing voices isn’t all that strange nor a problem, if you can get it under control.

“The influence of social context was part of what motivated Corlett and Powers,” wrote Frankel. “When they set out to design their study, they needed an otherwise healthy group of people who hear voices on a regular basis, and whose experiences are accepted in their social group.”

A major point Corlett and Powers set out to make was that society’s view of mental health has a big impact on the way people feel about hearing voices in their head. Psychics embrace those voices and live with peer groups who don’t think it’s strange. If society as a whole stops labeling people who hear voices as schizophrenic or bipolar, those people will feel better about it, no longer view it as a problem, and will be able to control it, so the thinking goes.

Homosexuality went through the same process, Frankel noted. In the 1970s, homosexuality was a mental disorder. Then it became widely accepted. Today it is seen as normal and is promoted.

The Hearing Voices Movement is a growing network of support groups designed to help people who hear voices. “The groups encourage an approach in which, with the help of a facilitator or counselor, hearers listen to, speak back to, and negotiate with the message they hear in hopes of learning to cope,” Frankel wrote. The New York Times reported that these types of groups “have tripled in numbers over the past several years, to more than 80 groups in 21 states.”

It was around the mid-to-late-1980s that the Hearing Voices Movement began to gain momentum. In the Netherlands, a woman named Patsy Hage began hearing voices. She sought the help of a psychiatrist named Marius Romme. The two of them are credited for revolutionizing the way society handles “hearers.” They stopped diagnosing people who admitted to hearing voices and started a global network that encouraged people to talk to and entertain those voices.

Frankel mentioned a few accounts from members of these groups. The discussions are disturbing. But just as disturbing is that society is supposed to view this sort of activity as normal.

A major advocate of the hearing voices groups is Eleanor Longden. Longden is one of the biggest authorities on the subject. She has a master’s degree in psychology and is author of the book Learning From the Voices in My Head.

In 2013, Longden filmed a ted Talk discussing how she learned to deal with the voices in her head.

I read the transcript to Longden’s ted Talk, and watched a minute or two of the video. It is shocking how casually people are able to discuss this topic in public, even laughing about it at certain points.

Here’s the abbreviated version of Longden’s story. At a young age she started to hear voices. She sought medical help to find a way to get rid of them. The more she tried to stop the voices, the more the “psychic civil war” increased in her mind, as she put it. “In turn this caused the number of voices to increase and grow progressively hostile and menacing,” she said. Over the next few years she learned how to interact with the voices in her head. She began to view them as a “source of insight into solvable emotional problems.” She embraced the voices, thanking them for their advice, reassuring them when problems would arise and respecting them, “establishing a slow process of communication and collaboration in which we could learn to work together and support one another.”

Longden’s experience is probably the best case to summarize what the Hearing Voices Movement seeks to accomplish: It does not to aim to eliminate the voices, but to work with and try to manage them.

At the conclusion of her ted Talk, Longden said, “Together, we envisage and enact a society that understands and respects voice hearing, supports the needs of individuals who hear voices, and which values them as full citizens. This type of society is not only possible, it’s already on its way.”

Psychiatrists will admit they don’t know much about the science behind voices. For the intellectual community, it’s hard to decipher the physical cause of what appears to be a spiritual problem. Some think it has to do with the way the brain interprets its own thoughts. The list of theories could go on, but frankly, no one in the scientific community has an idea that can be backed by evidence; they’re wandering through this trying anything they think will work.

In his article, Frankel quoted from anthropologist Tanya Luhrmann: “‘Goodness knows what psychosis actually is. … There are clearly different kinds of events in the domain we call psychosis,’ and when it comes to the relationship between voice hearing and psychosis, she says, ‘there’s so much we don’t understand.’”

Encouraging people to embrace those voices and then trying to normalize that behavior, is the most dangerous approach yet. Doctors will try anything. Well, almost anything. If you tell them this is a spiritual problem, you’ll be shot down. Voices, they reason, are just a product of physical abnormalities and we have to learn to live with them. There couldn’t possibly be any other explanation.

The answer is clear and simple, however, if you believe in God, read the Bible, and understand that there is a spirit world.

What is happening in the minds of these people who hear voices is a mystery to the academic world. That mystery is made clear in Chapter 2 of Hebert W. Armstrong’s book Mystery of the Ages. ”Do evil spirits affect even your own life?” Mr. Armstrong asked.

“It is a mystery to almost everybody, but the Bible reveals a very real but invisible world—another dimension, as some choose to call it—existing along with our own, absolutely indiscernible to our fives senses. It is the spirit world,” he wrote.

Revelation 12 explains that Satan the devil “deceives the whole world.” The Bible says he was cast down to Earth along with the demons! This may sound strange or old-fashioned to the intellectuals of this world, but if they would work from this foundation, understanding that this world is held captive by the devil, they would be able to understand why so many people are hearing voices and why those numbers have increased since the mid-1980s. They would understand that encouraging people to entertain those voices is the most dangerous prescription they can give! It is incredibly dangerous for society to try to normalize this sort of behavior!

The Apostle Paul wrote in Ephesians 5:11, “And have no fellowship with the unfruitful works of darkness, but rather reprove them.” In the Revised Standard Version it says, “but instead expose them.” This is exactly the opposite of what doctors are advising people to do.

Later on in his letter to the Ephesians, Paul wrote, “For we wrestle not against flesh and blood, but against principalities, against powers, against the rulers of the darkness of this world, against spiritual wickedness in high places” (Ephesians 6:12). This is about a spiritual battle. Paul said the demons are “rulers of the darkness of this world!” Jesus Christ warned that evil spirits try to occupy the minds of human beings (Matthew 12:43-45).

The spirit realm is real. It is responsible for more of the troubles in this world than people think. Some people who hear voices will argue that those voices actually help them. But that is exactly the sort of reasoning the arch-deceiver wants people to believe. Satan wants people to think hearing voices is normal. It’s spiritual Stockholm syndrome. And the captor isn’t about to let up. “For the devil is come down unto you, having great wrath, because he knoweth that he hath but a short time” (Revelation 12:12). Satan is an expert at making evil appear good (2 Corinthians 11:14). He doesn’t want human beings to resist him, yet that is exactly what God says to do in order to get rid of these problems: “Submit yourselves therefore to God, Resist the devil, and he will flee from you” (James 4:7).

Society, under the sway of Satan the devil, wants to normalize behavior that directly contradicts what God teaches in the Holy Bible. Undoubtedly, the media and the so-called educated of this world will label this as a progressive stance—but just keep watching, because the more people embrace this sort of behavior the crazier this world will become. The academics of the world are just as confused about how to solve the problem as the people going to them looking for answers. But it doesn’t have to be a mystery. You can understand why this is happening. You can understand who is involved and how they’re involved. And you can even know when these problems began to intensify. Chapter 2 of Mr. Armstrong’s book Mystery of the Ages and Trumpet editor in chief Gerald Flurry’s booklet America Under Attack will help you straighten out the confusing mess you see in the world today.