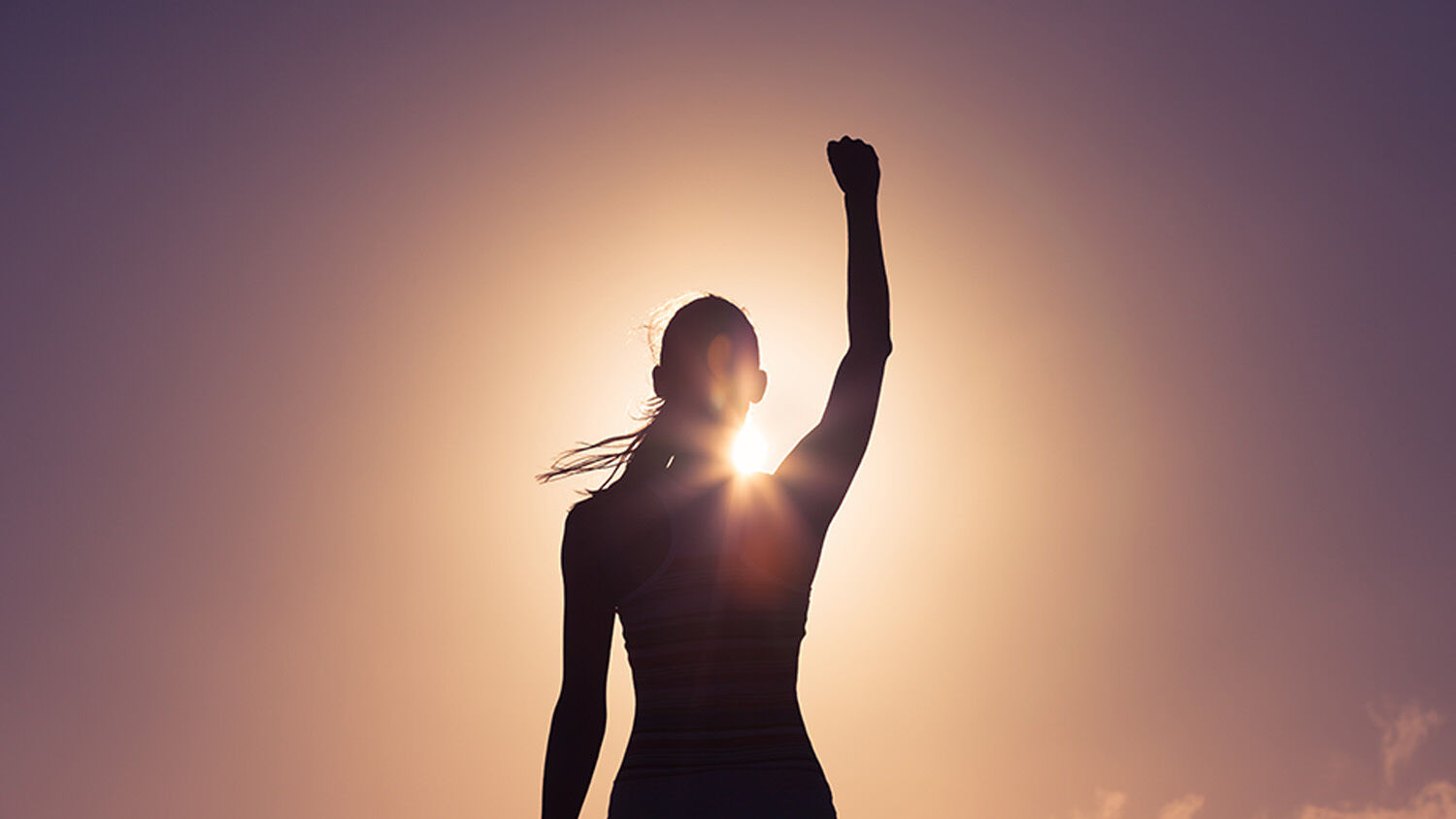 In the battle of the sexes, it appears women might be taking the lead.

As Wonder Woman smashes her way through the box office, a new feminine trait is being venerated: strength.

Today, it seems, the highest virtue a woman should aspire to is being strong. Traditional families, led by an “alpha male,” are Stone Age relics. Instead a new structure is celebrated—a family led by an “alpha female.”

“We are living in the age of the fierce girl,” wrote David French in the National Review. “That’s the new feminist ideal.” The latest movies from Hollywood are all about “crafting girlhood into stereotypical boyhood, and pop culture is going to extreme lengths to give girls that boyish fighting spirit,” French wrote. “We set up our educational systems and our popular culture to poke, prod, heckle and punish until men learn to be more passive, women learn to be more aggressive.”

This, according to a new book by science journalist Angela Saini, is the way it should be. Because women are, in fact, the stronger sex.

In Inferior: How Science Got Women Wrong—and the New Research That’s Rewriting the Story, Angela Saini writes, “We often think of males as being the tougher and more powerful sex.” She acknowledges that, in general, men are taller, have denser bones, greater muscle mass and more upper body strength than women. “But strength can be defined in different ways,” she writes. “When it comes to the most basic instinct of all—survival—women’s bodies tend to be better equipped than men’s.”

In Saini’s book, she seeks to show that science has been biased against women and she upends what she calls prejudice that women are the weaker sex. In the introduction, she writes, “This compelling body of work, rather than pulling women and men farther apart in the gender wars, affirms the importance of sexual equality. It draws us closer together” (emphasis added throughout).

That sounds good, right? But rather than encouraging gender equality, her book only focuses on the areas that women have the upper hand over men. Here is a summary of some of her main points trying to show that women are “better survivors than men”:

Her June 11 article for the Observer titled “The Weaker Sex? Science That Shows Women Are Stronger Than Men” certainly doesn’t give off an aura of equality either. It would have been more accurate if she had written, “Rather than affirming the importance of sexual equality, this compelling body of work seeks to show that women are superior to men, pulling women and men further apart in the gender wars.” It’s clear that her work does not draw anyone closer together, except for feminists. Other female authors followed her lead, writing articles like “Why Men Are Truly the Weaker Sex: From Women Being Less Emotional to Having Stronger Muscles, a New Book Reveals Tantalizing Research That Defies Conventional Wisdom.”

Defining strength by the ability to survive, while dismissing physical capabilities, isn’t an attempt to affirm the importance of sexual equality—it’s an attempt to find a way to elevate women over men. While Saini found that women live longer and deal with illness better than men, it does not change the fact that physical strength is still a factor. Contrary to what anyone may wish to believe, men and women are not equal in physical capabilities. Men are still physically stronger than women, and it is not sexist to say that physically there are things that women cannot do the way that a man can—it’s a reality.

It’s been proven that different body types have different athletic strengths. It’s well known that the best swimmers are those who are tall, have narrow hips, long limbs, broad shoulders and big hands and feet. Their body type is not stopping them from becoming a weightlifter if they really wanted to, but it would not change the fact that the most successful weightlifters have been short, with relatively short arms and legs. The same principle applies to the genders.

“If your job is to lift 150 pounds, and you can’t do it, why should you want to work in that job?” professor of psychology Reuben Gur asked Saini. “It’s hard to argue with that kind of logic,” admitted Saini, as she dismissed it saying the answer must lie somewhere in biological evolution.

Saini’s book is only one example of the attitude of female superiority that is permeating society. Another example is the rise of the alpha female.

When Murray Partridge and Simon Marks realized that they had been relegated to “beta males” in their marriages, and saw their situation was more common than they first thought, they decided to coauthor a guidebook titled How to Live With an Alpha Female. The introduction states, “Part of having an alpha female for a partner is accepting that, whatever you’ve done, your AF has probably done it bigger and better.”

Partridge’s wife oversees a multimillion-pound business that designs jewelry for celebrities, and Marks’ wife has become a successful property developer and film producer. While Partridge and Marks have jobs of their own, they admit their work has taken a backseat to supporting their more successful spouses.

Alpha females and beta males are nothing more than the acceptance of a traditional family turned upside down. The Telegraph’s Elizabeth Day wrote, “Essentially, most alpha females now find themselves in a situation where they need a traditional 1950s-style wife.”

“It’s a difficult thing for a lot of men to be with women who can hold their own in every department and who don’t need us,” says Partridge. “There’s a social stigma to being called a ‘househusband,’ but you need to be strong enough to be totally OK with it.”

The wife doesn’t just bring in the income, she also takes charge of all the decisions in the home. “Any relationship is about control,” Marks says. “And I don’t really have any.” There’s no arguing with an alpha female—whatever she says goes. How to Live With an Alpha Female warns that such control over her partner’s life can leave a beta male in a state of paralyzing indecision over simple, everyday functions. Marks explains he doesn’t even think he can get dressed without his wife’s advice anymore.

If these statements had been made by an alpha man about his stay-at-home wife, he would have been berated as a Neanderthal. But when its about alpha women, it is celebrated.

The fact that men cannot even make simple decisions without their alpha female should be a warning sign that something is wrong. Women can pat themselves on the back for proving that they’re capable of becoming highly successful in the business world—in some cases even more so than men—but what kind of effect does that have on the home? Will flipping roles lead to a happy marriage and family life? The truth of the matter is that a woman’s true happiness comes from her success in the home.

Michael Noer, executive news editor for Forbes.com, wrote in 2006 that marrying a career woman increases the risk of unhappy marriages and divorce:

He referenced several studies to prove his claim:

God never created the genders to compete with one another as we see happening today. He created both with different strengths in order to fulfill different roles—to complement one another!

Even Ruben Gur came across this while studying the human brain. “It almost looks like what is strong in one sex will be weaker in the other and whatever the difference is in the other sex you’ll find a complimentary effect in the other,” he said. “Biologically, we are built to complement each other.”

Notice what Dennis Leap wrote in the June 2006 Trumpet magazine:

The Bible shows that God created women to be wives and mothers. “And the Lord God said, It is not good that the man should be alone; I will make him an help meet for him” (Genesis 2:18). This one verse reveals that man by himself was not complete. God designed a woman to be his perfect counterpart.

A woman was not created to be a man’s slave, but his co-regent (Genesis 1:28). Neither could achieve success in life without the other. To be successful and happy in life, both would have to fulfill their respective created roles. Simply put, the man was to be a loving leader and provider; the woman was to help and inspire the man. She was also given the exalted responsibility to bear and train children. Men and women were created to work together to build a happy society that fosters growth and success.

Women were never meant to compete with men, nor men with women. To read more about how God created specifically ordained roles that, when fulfilled, bring real success and joy to a family, read “Wanted: Good Mothers.”