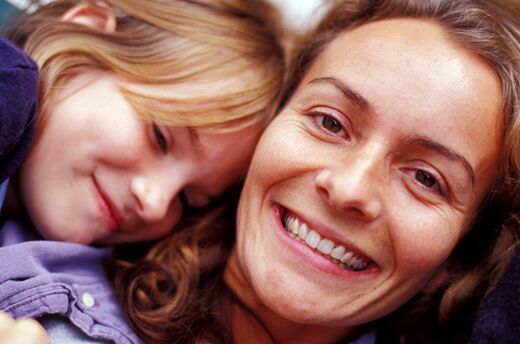 In his treatise on the nature and character of democracy in America, Alexis de Tocqueville lauded early America’s view of equality. He said that while 19th-century Europe tried to make men and women not only equal, but actually similar, America viewed equality through a different lens. Americans, he wrote, “think that nature, which created such great differences between the physical and moral constitution of men and women, clearly intended to give their diverse faculties a diverse employment; and they consider that progress consists not in making dissimilar creatures do roughly the same things but in giving both a chance to do their job as well as possible…. They have carefully separated the functions of man and of woman so that the great work of society may be better performed.”

Back then, “diverse faculties” meant the obvious: different roles. America’s earliest settlers based such practical ideology on the Bible. In Genesis 2, we see how God organized mankind’s first family. He made the man first; instructed him in the ways and laws of God; then made the woman out of the man’s rib. In verse 18, He called the woman a “help meet.” The Hebrew word for “meet” means “opposite; specifically a counterpart, or mate” (Strong’s Concordance). In the New Testament, the Apostle Peter further explained these obvious differences, calling women weaker vessels, compared to men.

From the beginning, God intended for a woman’s special abilities and talents to complement the man’s, and vice versa. Each enables the other to accomplish much more than either could alone.

This is done through marriage. God purposed for marriage to make a man and woman complete. They become one flesh through marriage (Gen. 2:24). Above all, God ordained the physical union of marriage because of the divine institution it represents: the unselfish, loving, marriage relationship between Jesus Christ and the Church (Eph. 5:32; Rev. 19:7).

On the physical level, male and female roles in marriage are as different as those of Jesus Christ and the Church. This divine parallel, along with the obvious physical differences between men and women, ought to make their differing roles obvious.

“You will never find American women,” Tocqueville wrote, “in charge of the external relations of the family, managing a business or interfering in politics; but they are also never obliged to undertake rough laborer’s work or any task requiring hard physical exertion. No family is so poor that it makes an exception to this rule.”

A woman’s life is not a man’s. Neither is a man’s life a woman’s. The two are as different as the sun and the moon. But God intended both to work together in harmony. For this to work, there had to be organization built within the family unit.

America’s pioneer families understood that even though they lived in a democratic nation, that did not justify undermining the father’s authority inside the home. “Every association, to be effective,” Tocqueville wrote, “must have a head, and the natural head of the conjugal association is the husband.”

That too is based on scripture. In I Corinthians 11:1, Paul admonished the New Testament Church to follow in his footsteps, as he followed Christ’s. In verse 3, Paul laid down guidelines for all who call themselves Christian. “But I would have you know, that the head of every man is Christ; and the head of the woman is the man; and the head of Christ is God.” In this hierarchical form of government, everyone submits to someone.

Elsewhere, Paul explained how this organization was modeled after a spiritual union. “Therefore as the church is subject unto Christ, so let the wives be to their own husbands in every thing” (Eph. 5:24). Obviously, Paul did not mean for husbands to abuse this God-given authority. In verse 25, he continued, “Husbands, love your wives, even as Christ also loved the church, and gave himself for it.” Both roles were intended to be service-oriented.

Hard as this may seem, 19th-century women did not find their role demeaning or unfulfilling. Tocqueville said he never met a woman who felt stripped of her rights or degraded by having to submit to her husband. On the contrary, he wrote, women seemed “to take pride in the free relinquishment of their will, and it is their boast to bear the yoke themselves rather than escape from it.”

According to Tocqueville, Americans understood that while men and women were made to fulfill different roles within that hierarchy, each role was equal in importance.

This too squares with the Bible’s instruction. As we have seen, God clearly defines the different roles of men and women in the first few chapters of Genesis. Yet, in Genesis 1:28, God gave this instruction to both: “Be fruitful, and multiply, and replenish the earth, and subdue it: and have dominion over the fish of the sea, and over the fowl of the air, and over every living thing that moveth upon the earth.” Both of them were to be fruitful and multiply. Both were given dominion over the physical creation.

In the New Testament, we already referred to I Peter 3:7, where women are called weaker vessels. In that same verse, however, Peter says men and women are “heirs together of the grace of life.”

This view of equality, in Tocqueville’s estimation, contributed most to America’s tremendous growth and prosperity. “For my part,” he wrote, “I have no hesitation in saying that although the American woman never leaves her domestic sphere and is in some respects very dependent within it, nowhere does she enjoy a higher station. And now that I come near the end of this book in which I have recorded so many considerable achievements of the Americans, if anyone asks me what I think the chief cause of the extraordinary prosperity and growing power of this nation, I should have to answer that it is due to the superiority of their women.”

Our definition of equality has changed. In the 19th century it meant men and women complemented each other. Today, it means they compete. For the past several decades, feminists have not fought to exalt the wife’s role at home (they ridicule that). They have fought to compete with men on a level playing field. Their desire has been to do everything men do—and more.

This view of equality, as Tocqueville said about 19th-century Europeans, seeks to make women not only equal with men—but similar.

Evidence of this “competition” is everywhere. In droves, women have abandoned their posts at home to become doctors, lawyers, politicians, scientists, astronauts, ceos, managers and athletes. And what have they proven? That they are just as intelligent and energetic as men are.

But wait a minute. Americans knew that in the 1800s, according to Tocqueville. He was amazed at how “manly” American women were in their intelligence and energy. The difference is, they used that intellect, along with their diverse abilities, at home.

Today, women take those talents with them to work, but at the family’s expense. This is now acknowledged by an increasing number of commentators. In 1997, Newsweek and U.S.News and World Report had cover stories about stay-at-home moms. Both articles admitted that while daycare might be a step above planting kids in front of the TV, nothing compares to the constant attention and loving care of a mother working at home.

“Women are misled,” Aubrey Andelin wrote in Man of Steel and Velvet, “if they feel they will best achieve their duty to mankind by becoming a figure of renown in politics, science and industry. Although they are capable enough, they can render no service of greater consequence than to establish an ideal home. Theirs is the prime opportunity to prevent and correct the great social evils in the place most of them start. There would be an absolute minimum of social problems if our homes were in order.”

America has gone from setting a sterling example in the family during the 19th century to force-feeding its new brand of “equality” on the rest of the world. If Tocqueville attributed America’s extraordinary power and prosperity back then to its superior women, then we ought to consider where this new brand of equality (actually, competition) is leading America today.

In the Bible, God prophesied that in the end time, America would be noted for its upside-down families. “As for my people, children are their oppressors, and women rule over them. O my people, they which lead thee cause thee to err, and destroy the way of thy paths” (Isa. 3:12). Certainly men must share in the blame for allowing this to happen. As Aubrey Andelin wrote, “If men cannot solve problems of government and industry, if we must lean on women for these responsibilities, then we have failed as men.”

But women bear a certain amount of the blame too. Isaiah continues in verse 16, “Moreover the Lord saith, Because the daughters of Zion are haughty, and walk with stretched forth necks and wanton eyes, walking and mincing as they go, and making a tinkling with their feet.” Moffatt says, “They hold their heads high as they walk.” They are just plain vain—

interested in competing with men rather than working together in cooperation and sacrifice.

Modern women, over the last four to five decades, dissatisfied with the way God organized His creation, have rejected their role and have been living contrary to their God-ordained purpose. The result of that movement has been devastating.

Movie after movie, TV program after program, glorifies daycare and the working mother. Meanwhile, family life is crumbling—children are growing up without direction or a clear code of ethics upon which they can build their families. If you hearken to the words of the prophet Isaiah, then you know we are headed for captivity as a result.

If you won’t heed what the Bible says, at least hearken to the words of history. As Daniel Lapin wrote in America’s Real War, “Wherever societies have followed the Judeo-Christian family ethic, nations have flourished. But whenever societies have deemed themselves wiser than God by taking their own, more ‘enlightened’ path, nations have crumbled and fallen.”

What a price to pay for equality.

There’s no shortage of women in science and industry today. The real shortage is at home.