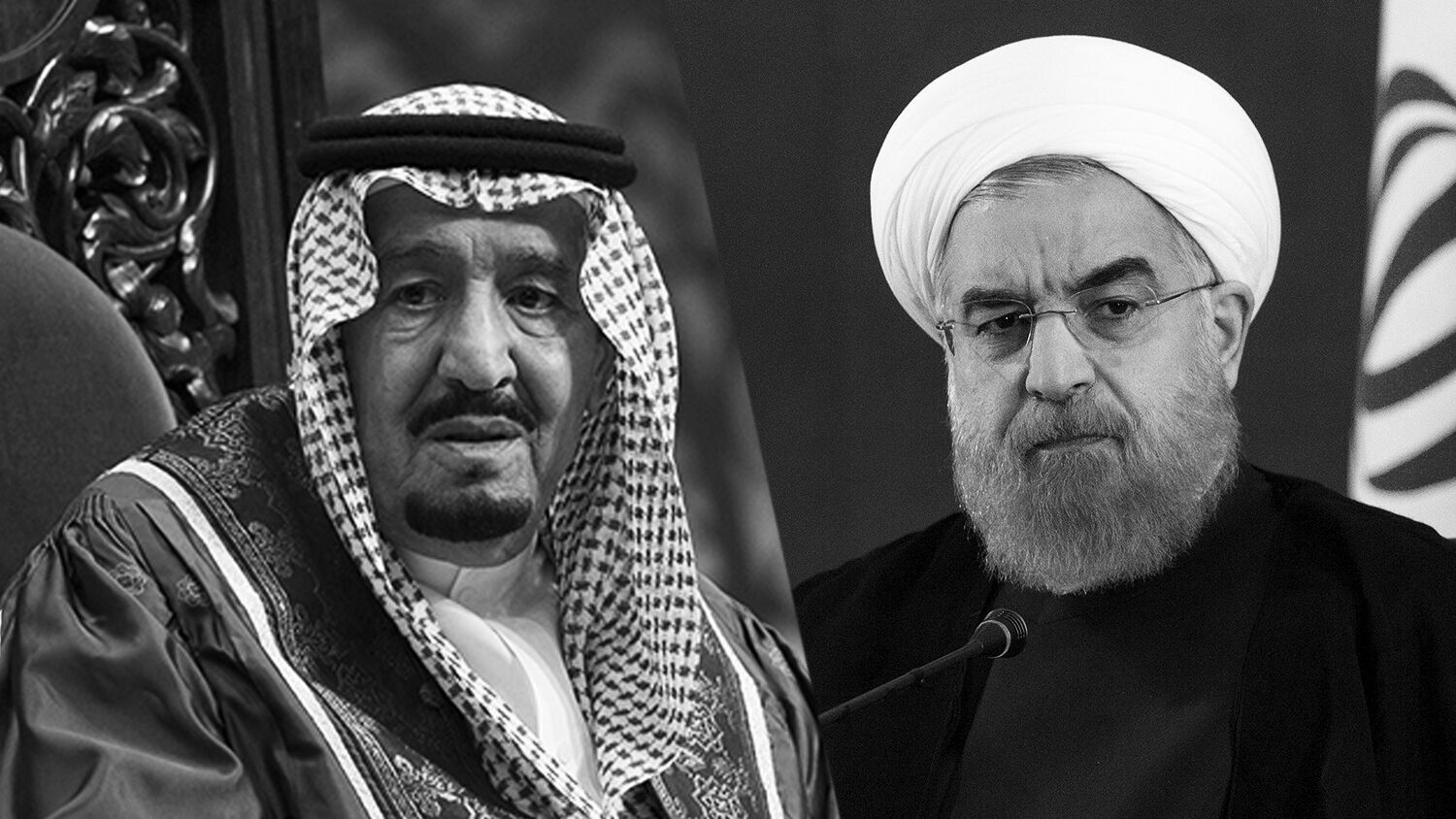 Relations between Sunni Saudi Arabia and Shiite Iran are plunging to new lows.

Middle East powerhouses Saudi Arabia and post-revolution Iran have never been close. And these two leading blocs in the Muslim world, both representing very different forms of Islam, have seen a very serious turn for the worse in diplomatic relations. This is for a number of reasons: Both are currently engaged in combat against one another by proxy: They are fiercely supporting opposing military forces in Yemen, Syria and Iraq. The Iranian nuclear deal is a matter of significant contention. Both sides accuse the other of terrorism and aggravating tension. The Saudi execution of a Shiite cleric last year led to the storming of the Saudi Embassy in Tehran. Two weeks ago, Saudi Arabia led six other nations in cutting ties with Qatar for terror connections and cozying up to Iran. Then there is the recent terror attack that occurred in Tehran, killing 17, for which Iran blames the Saudi Arabian funding of Sunni terrorists.

Now another incident has recently occurred, widening the chasm between Iran and Saudi Arabia. This brief-but-significant incident has two very different sides, depending on who you talk to.

On Friday, two small Iranian fishing boats were going about daily business within the Persian Gulf when they were approached by a Saudi naval vessel. The Iranian fishermen had been pushed off course the night before by strong waves, and the Saudi ship began recklessly firing shots at the fishermen. One of the Iranians was killed by Saudi gunfire. While it is not yet certain whether the fishermen had indeed crossed into Saudi waters, that is besides the point. Saudi Arabia’s reaction to the fishermen was grossly inhumane and disproportionate.

On Friday, the Saudi Navy noticed three small Iranian boats speeding toward an offshore Saudi oil site. The Navy intercepted the boats, firing warning shots. Two of the Iranian boats turned and escaped—the third was successfully captured by the Saudis. The three men aboard the boat—members of the Islamic Revolutionary Guard Corps—were detained. Their boat was found to be stocked with weapons and explosives; the intent was clearly to conduct a terrorist act at the Saudi oil site. The three captured men are currently being interrogated.

These are the two sides. Actually, in a recent development to the story, Iran has now called on Saudi Arabia to release the three captured “fishermen.” This frustratingly tit-for-tat story highlights the distrust and contempt between the two powers. Which story you believe depends on which power you trust. It even broadens to which United States political party you affiliate with. Former President Barack Obama was clearly in Iranian camp, as shown by the infamous nuclear deal and his visibly terse relationship with the Saudis. President Donald Trump is clearly supportive of Saudi Arabia, having chosen to visit the nation as part of his first international trip as president. He also made clear his distrust of the Iranian regime throughout his campaign.

I’m frankly inclined to believe Saudi Arabia’s version of events. Iran’s blatant and obvious attempts at subversion with these kinds of things makes it hard to take them seriously. To craft a narrative on “fishermen” being blown adrift by waves before being savaged by the Saudi Navy seems far-fetched. Plus, we’ve seen this exact kind of aggressive Iranian naval behavior before, particularly directed against U.S. vessels.

Unfortunately, this is one of those events where the truth is irrelevant. Getting to the bottom of this incident will not solve anything. Even if we do get to the bottom of this, some other incident will have already come up to overshadow it. Excuses will be made; lies will be peddled. This an ideological struggle, and it is part of a broader fight for dominance over the Middle East between the two great Islamic titans.

This is a struggle that we at the Trumpet have been following closely and forecasting for quite some time. Back in the early ’90s, we predicted that Iran would be the significant kingpin in the Middle East. We have specifically forecast that it will lead the nations of Egypt, Libya, Ethiopia and Iraq in a regional confrontation with another alliance, made up chiefly of Saudi Arabia, the United Arab Emirates, Syria, Jordan, Turkey, Lebanon and Germany. We are seeing these alliances lining up before our eyes, as friction grows between chief Middle Eastern players Saudi Arabia and Iran.

Where did we get this information? The answer may seem strange at first—biblical prophecy. The Trumpet examines world events in light of Bible prophecy. The biblical prophets didn’t just speak on powers that existed thousands of years ago—they predicted modern events with modern nations that can be named specifically. For a closer analysis of these prophecies, and where a coming Middle East clash is leading, read our article “A Mysterious Prophecy” and download or order our free booklet The King of the South.

Spoiler alert: Iran and its proxies will be ultimately the first side to fall.