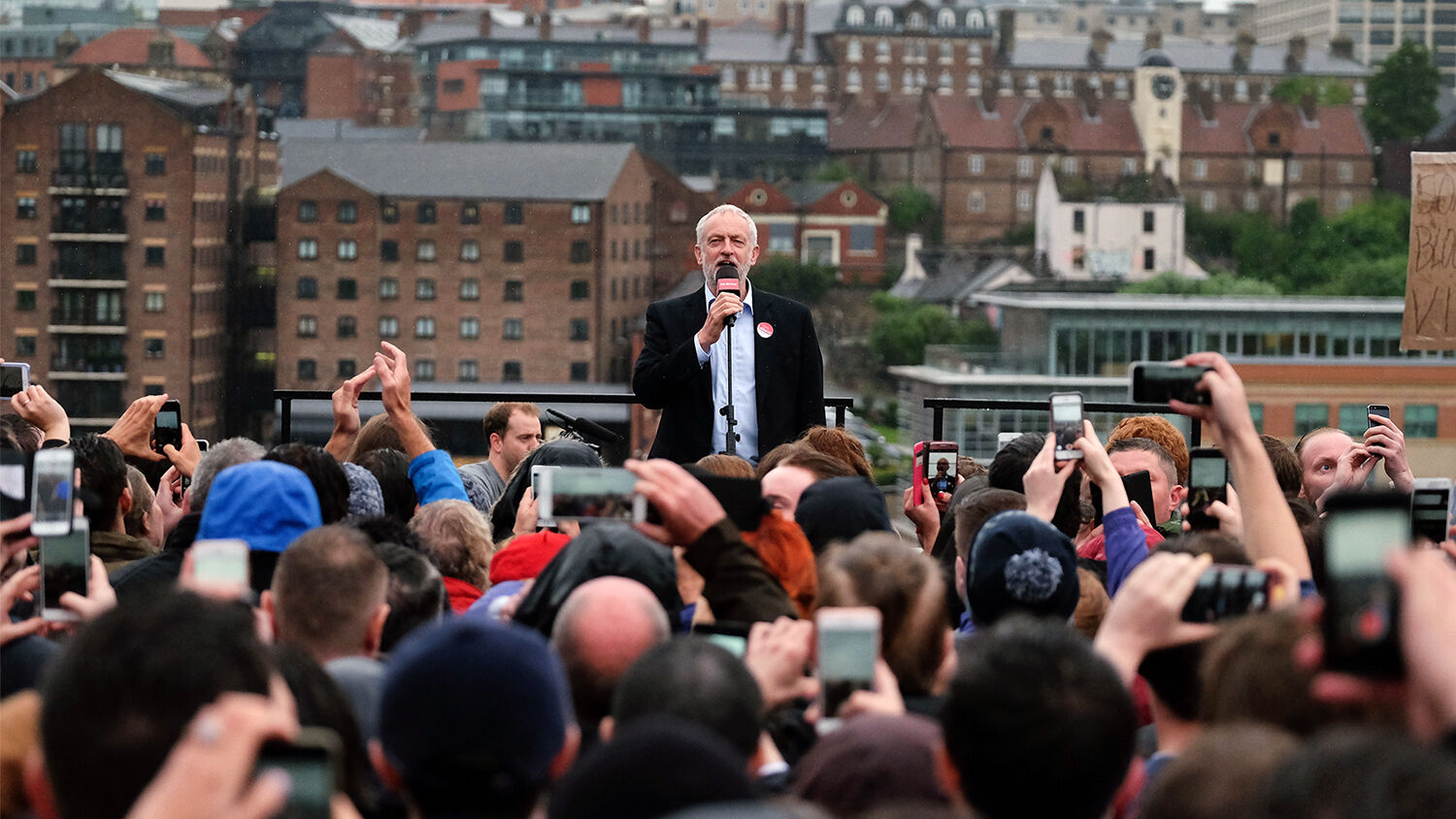 One reason Jeremy Corbyn stunned the world was due to a much larger than expected youth vote.

Polls show a country more divided by age than ever.

But starting in 2015, the youth plunged left.

According to Lord Michael Ashcroft’s polling data, 67 percent of those age 18 to 24 voted for Labour compared to 18 percent who voted Conservative.

The young were also much more enthusiastic than in previous elections. Sky News estimated that 66.4 percent of young people came out to vote. Typically, youth turnout is somewhere around 40 percent.

“Revenge of the Youth! How 18-to-24-Year-Olds Furious Over Brexit Gave Theresa May a Disastrous General Election Result” was the headline in the Mirror in the wake of the election.

Why the massive swing to Labour?

The younger generation faces some hardships—every generation does. Over the last 10 years, tuition fees for universities have risen from £1,000 a year (or free for children of low-income families) to over £9,000 (us$1,275 to $11,475). It’s easy to see why the fees need to be in place: Britain is massively in debt and the debt grows larger every year. Britain simply cannot afford such massive subsidies for university education. At the same time, it’s easy to see why a student graduating with tens of thousands of pounds of debt, while his older sibling went to university for free, feels hard done by.

Meanwhile, house prices have risen dramatically, to the point that a typical first-time buyer has to earn £52,000 ($66,000) a year to keep up with mortgage payments. The majority of first-time buyers have help from parents and grandparents to pay the deposit. Meanwhile, British rents are the highest in Europe, with private tenants paying an average of 40 to 50 percent more than those in Germany, France, the Netherlands and Belgium.

But every generation has challenges; other generations had different, and worse, hardships to deal with. What is new is how these have become so heavily politicized. Jeremy Corbyn promised to end tuition fees—at one stroke saving young people from masses of debt. He also promised to build more government-subsidized homes and cap rents in the private sector.

In other words, he promised to instantly solve some of the younger generation’s biggest problems.

Of course, these are fake solutions. Eliminating tuition fees doesn’t mean the country can afford to pay for free university education—it merely uses debt to disguise it. And rent controls never work. They don’t solve housing problems; instead they make the whole rental system a mess for everyone.

Corbyn’s Marxist philosophy has been discredited everywhere it has been tried. But young people have fallen for his false promises. And it’s not simply the self-interest of voting to get benefits—many have genuinely embraced his ideology.

Alex Cairns, who ran a social-media campaign encouraging young people to vote, said the surge in younger voters was more because of Corbyn personally than the Labour Party in general. “A lot of young people were really inspired by him,” Cairns told the Guardian. “They liked him as an individual.” There was “an undeniable sense of inspiration and draw towards Corbyn,” said National Union of Students president Malia Bouattia, herself part of the same radical-left-wing movement.

How could this happen? It reveals a major weakness in Britain’s education system.

British journalist Melanie Phillips, in the run-up to the election, pointed the finger at education. “Decades of exposure to an education system which has replaced knowledge by propaganda and instead of teaching children how to think has told them what to think has created a situation where many see Jeremy Corbyn as maybe a bit hopeless but essentially harmless,” she wrote on her website on May 30.

“Social science and humanities departments have become giant, left-wing think tanks, spewing out reams of unreadable, ideologically monotonous ‘research’ calling for ever more government spending and intervention,” wrote the Telegraph’s deputy editor, Allister Heath. “With a few honorable exceptions, freethinkers are no longer welcome, except in the hard sciences; it probably takes the average youngster a decade or so of real-life experience to begin to grow out of the academic brainwashing.”

“It should be no wonder, given all of this, that young people who have no direct memory of the last time Corbynite economics was tried find it rather attractive,” he continued. “It’s what they’ve been taught, and it appeals to their better nature and youthful exuberance. The usual warnings that it will return us to the ’70s cut no ice: The history books they do read probably depict a version of events that many of us would not recognize.”

“It was in the educational system that the left got its foothold into the nation: first in colleges, then high schools and even elementary schools,” Gerald Flurry writes in Great Again.

In 1956, Herbert W. Armstrong wrote that Communists were “perverting our morals, sabotaging our educational system, wrecking our social structure, destroying our spiritual and religious life, weakening our industrial and economic power, demoralizing our armed forces, and finally, after such infiltration, overthrowing our government by force and violence! All this cleverly disguised as a harmless political party! Communism is a worldwide psychological warfare!”

Communism is a global ideology far bigger than just the Soviet Union. But look at what power communism is exerting through just one of the Soviets’ strategies. They failed to overthrow America outright during the Cold War. But since the Soviet Union fell, it has become clear that they have poured millions each year into influencing Westerneducation. When you see that the influence education has exerted on society has been radically left-wing, can you deny that, for the Communists, this is a devastatingly effective investment?