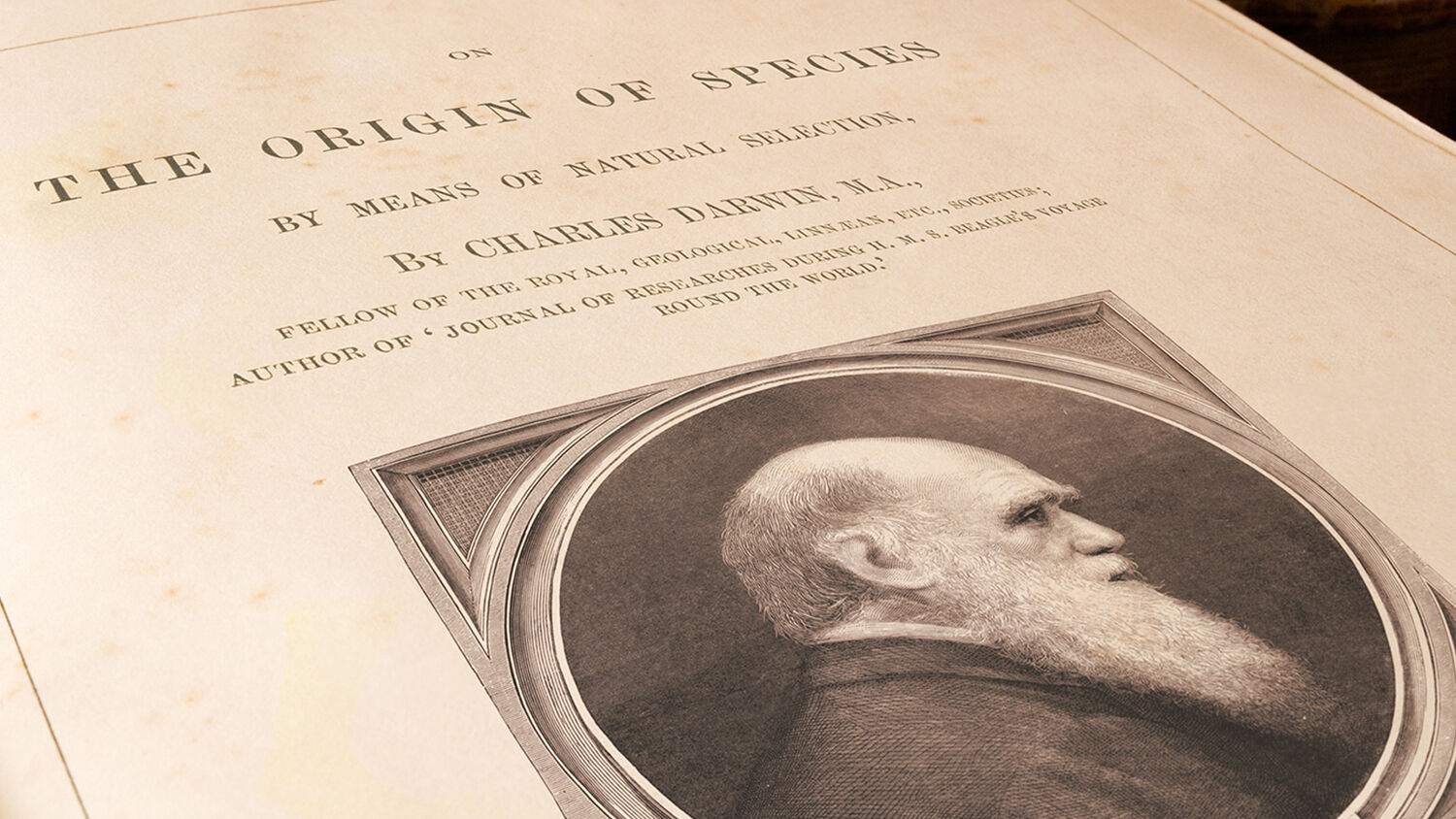 The Origin of Species by Charles Darwin
iStock.com/duncan1890

The percentage of United States adults who believe God created mankind in His own image has fallen to a record low. Only 38 percent of adults now accept that God created humans in their present form at some point within the past 10,000 years, according to a Gallup poll published on May 22. For the first time since 1982, when Gallup began tracking this trend, the belief in God’s direct creation of man was not the most common response.

This belief in human evolution is most stark among millennials. According to a Pew Research Center poll conducted two years ago, 25 percent of Americans between 18 and 29 believe that God guided the process of human evolution, while 51 percent believe God had no role in man’s development. This means that if you ask a younger American how human life arose, you will likely hear an answer that has nothing to do with God.

Many politicians and educators pay lip service to the Bible and Christianity, but the core of modern American education and culture is neo-Darwinian evolution. Even though it is theistic evolution that is currently undermining belief in God’s direct creation of mankind, opinion polls indicate that America is only one generation away from becoming a nation of secular agnostics. The great danger here is that once someone accepts that human beings evolve, they are only a step away from accepting that morality and human rights also evolve.

In the early modern period, America’s founders voiced the nation’s broad political consensus in the Declaration of Independence: that “all men are created equal, that they are endowed by their Creator with certain unalienable rights, that among these are life, liberty and the pursuit of happiness” (emphasis added). About 100 years later, following the publication of Charles Darwin’s On the Origin of Species, the political consensus began to change as people increasingly accepted the premise that concepts like morality and human rights were themselves byproducts of evolution.

“The political philosophy of the 18th century was formulated before the announcement and acceptance of the theory of evolutionary development,” wrote U.S. educator Frank Goodnow in 1916. “The natural-rights doctrine presupposed almost that society was static or stationary rather than dynamic or progressive in character.”

In his essay “The American Conception of Liberty,” Goodnow described how America’s founders believed “rights” were “eternal and immutable” because they came from humanity’s Creator. He disagreed with this assessment, however, saying the “rights” outlined in the Declaration of Independence did not come from a Creator, but from human beings who invented them based on the “social and economic conditions of the time.”

He argued therefore that “rights” can and should be “amended” as society changes, in a similar way to how Darwin said organisms change based on the environment around them. What was right in the past may not be right today. Morality laws are even less permanent than scientific laws. Right and wrong evolve.

This is a well-developed, widely believed ideology that now dominates Western education, politics, philosophy and entertainment. Because society at large accepted the premise that everything is relative, including morality, evolutionists like Alfred Kinsey and Wilhelm Reich were able to propagate the idea that perversions like fornication, adultery, homosexuality and pedophilia are not inherently evil, but are the natural results of the evolutionary process and are only “wrong” because people arbitrarily say they are wrong. After all, if there is no God, marriage is not a divinely sanctioned union between a man and a woman; it is a social construct that humanity invented in order to give children their best chance at survival. If society wants to dispense with that institution, it’s not fundamentally right or wrong to do so because there is no such thing as right and wrong.

Until humanity accepts God’s laws as static, stationary, eternal and unchanging, we stand in great danger. Educational institutions have indoctrinated society to think belief in God is illogical. But what is the truth? To learn the answer to this all-important question, request Herbert W. Armstrong’s free booklet Does God Exist?