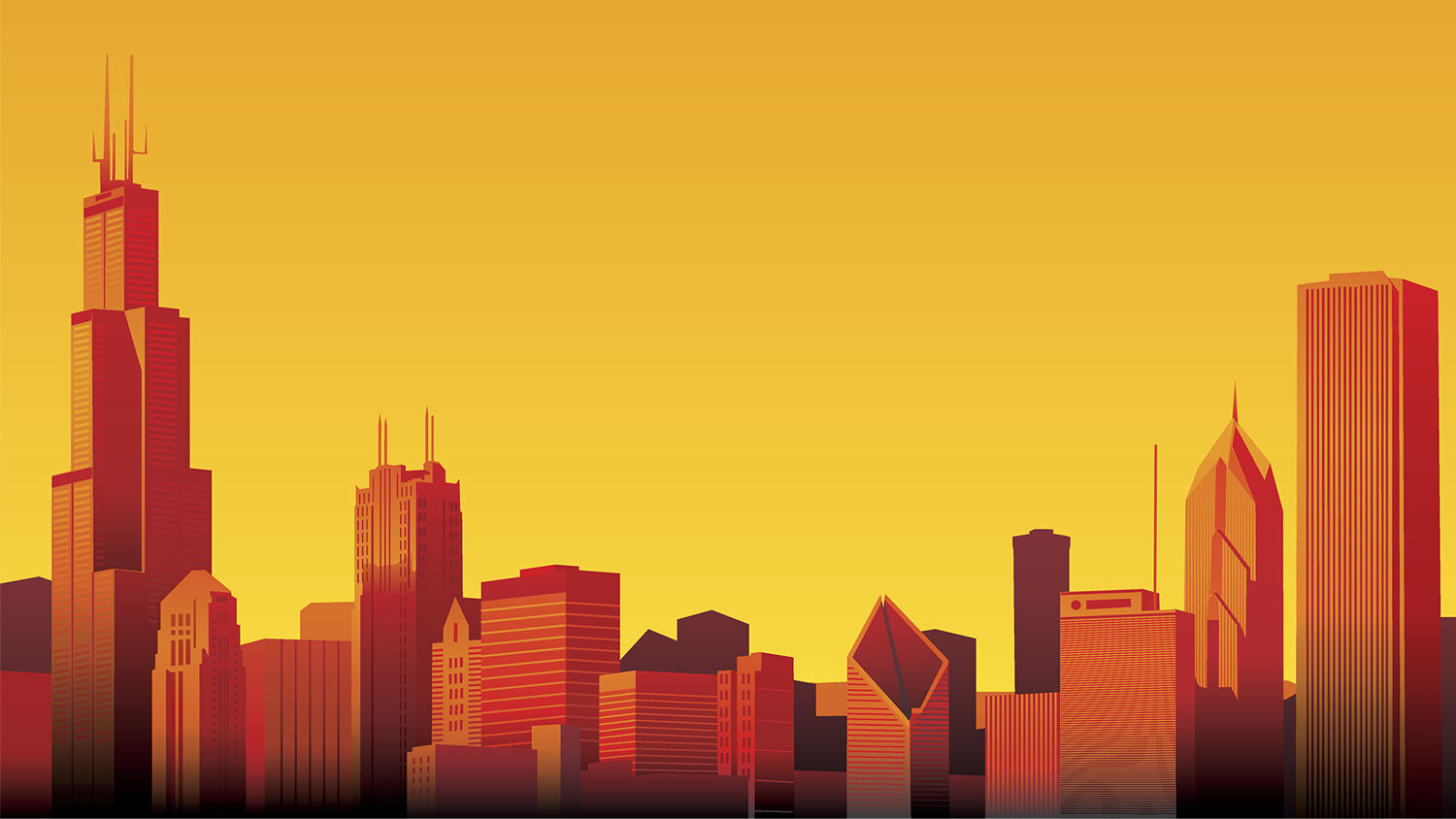 ‘We’re like a banana republic. We can’t manage our money.’

For 700 days, the state of Illinois has operated without a complete and balanced budget, and things are starting to unravel. Bills are continuing to pile up, and talk of bankruptcy has begun.

Last week, the state again failed to reach a balanced budget. For the past two years, the Fiscal Times reported, the state has been forced to conduct business under court-ordered spending and stop-gap measures while running up a massive deficit. Right now, the state has a pile of unpaid bills totaling $14.7 billion, which equates to 40 percent of the state’s operating budget, and there is no indication that these bills are going to be paid any time soon.

Some of the current problem can be attributed to the gridlock between Republican Gov. Bruce Rauner and the Democratic-controlled state legislature. While the Democrats continue to push for more government spending, the governor keeps pushing for a more balanced budget. The latest budget, which proposed a $7 billion deficit, was struck down by the state senate after the governor threatened to veto it. Rauner, a former businessman who vowed to run the government like a business, lamented the terrible condition of the state by saying, “We’re like a banana republic. We can’t manage our money.”

The problem, however, goes further back. As the Fiscal Times pointed out, the problem goes all the way back to 2011 when the state’s budget crisis was first exposed. Back then, then Democratic Gov. Pat Quinn and the Democratic-controlled state legislature had to enact a major tax increase to address a looming deficit of at least $12 billion. That amounted to roughly a third of the entire $35 billion general fund budget. Quinn was ousted in 2014, but nothing has changed in the six years since the crisis started.

As more and more bills go unpaid, the outlook for the state is becoming worse and worse. For starters, multiple programs and agencies dependent on state aid are in danger of losing their funding. Schools, universities, hospitals and police are just a few that could face cutbacks.

Then there is the danger to the state’s credit rating. Every state gains a portion of its funding by selling state bonds, which promise a return. The lower the credit rating, the greater the risk to investors. In early June, Moody’s Investor Service downgraded Illinois’s general obligation bonds to its lowest investment-grade rating, the worst in America’s history for a state.

That means the state’s bonds ratings are hovering just above junk rating! Moody’s warned that if the state didn’t achieve some kind of budget by July 1, it would likely cut Illinois’s credit rating again. And according to Bloomberg Markets, it’s probably going to happen.

The drop in the price of Illinois bonds this week likely reflects anticipation that the securities will be dropped to junk, said Matt Fabian, a partner with Municipal Market Analytics Inc.

“After those downgrades, it became extremely likely that it goes below investment grade,” he said.

Unlike city and county governments, states cannot legally declare bankruptcy as a means of shedding debt by forcing creditors, bondholders, and government retirees to absorb some of the loss. The last time a state declared bankruptcy was in 1933, in the throes of the Great Depression, when Arkansas defaulted on its debts.

But some legal scholars and government experts have argued in recent years that a well-orchestrated bankruptcy might be a far better solution than a federal or taxpayer bailout, and it would likely protect pension programs and health insurance from draconian cuts. …

David Skeel Jr., a University of Pennsylvania law professor who has long championed granting federal bankruptcy protection to states, told Bloomberg that “Bankruptcy lets you get ahead of the problem.”

As radical as it seems to grant a state the opportunity to file for bankruptcy, some think this is actually a good idea. Some point to the city of Detroit as a success story that claiming bankruptcy actually works.

But did it actually work in Detroit? At the time of the bankruptcy filing, it was estimated that $18 billion worth of bills were wiped away, giving the city a fresh start. It could start paying its daily bills and bolstering its infrastructure. And yet in 2015, just two years after the city filed for bankruptcy, the Detroit Free Press was reporting that there were already concerns that the city couldn’t meet its obligations, primarily its pension obligations that are coming due in 2024.

Is there any reason to think the state of Illinois would fare any better? The state has had six years to reform its financial structure since its crisis began in 2011. Would a clean slate really help the situation? Consider the quote above from the Fiscal Times. Experts want the state to file for bankruptcy to protect pension programs and health insurance. These kinds of ballooning government welfare programs are what are at the heart of the financial woes plaguing Illinois—not to mention dozens of other cities and municipalities across America—and yet lawmakers want to file for bankruptcy so they can protect those programs from cuts.

This is the reality facing America: It is hooked on debt and socialist government welfare programs. And as we’ve seen in Detroit, and as we’re seeing in Illinois, that always leads to ruin. Lawmakers can talk about bankruptcy like it’s no big thing, but consider all the factors. Think of the loss of credibility. What does it say about the people managing that state? What company would want to invest or do business in that state knowing that they might never receive payment if the state defaults again? Consider the bond value of the state. Who’s going to invest their money into the state? Consider the mass exodus of people out of the state. Who are they going to tax for more money when for the third year in a row the state’s population has shrunk and is now the smallest it’s been in a decade?

These are all questions that the liberal leaders don’t ask. There is this assumption that the money will always be there. But look what actually happens in Detroit, in Illinois, in Venezuela. The money always runs out!

As the Trumpet wrote in 2013, Detroitification is spreading. Back then, the nation was shocked to see such a prosperous city crumble. Four years later, we stand on the brink of seeing an entire state having to file for bankruptcy. Is the federal government next? It is plagued with the exact same financial problems that the cities and states of America have. Should we expect the outcome to be any different?

This is something to sit up and take note of. The financial situation in America is rapidly deteriorating, and there is a reason why. As columnist Robert Morely wrote in 2013:

Detroit’s dramatic downfall can only be understood by identifying the source of its original prosperity.

Ingenuity, work ethic, economies of scale, access to capital, resources, mass transportation, low taxation, freedom, private ownership and a skilled labor pool were all important factors. These things, if re-implemented in Detroit, would help. But they are not the most important and essential factors leading to prosperity.

It is God that makes the difference. It was God who showered down the blessings on Detroit—and on America—that made it great. It was God—not random economic forces—who provided America with its formerly unrivaled level of prosperity, that set it apart from all the other nations in the world.

Today, America has forgotten God. It wants nothing to do with Him. And it’s leading to a horrific crash. The handwriting is on the wall.