The collapse of this great American city isn’t just a case of not selling enough cars. It signals something far more ominous. 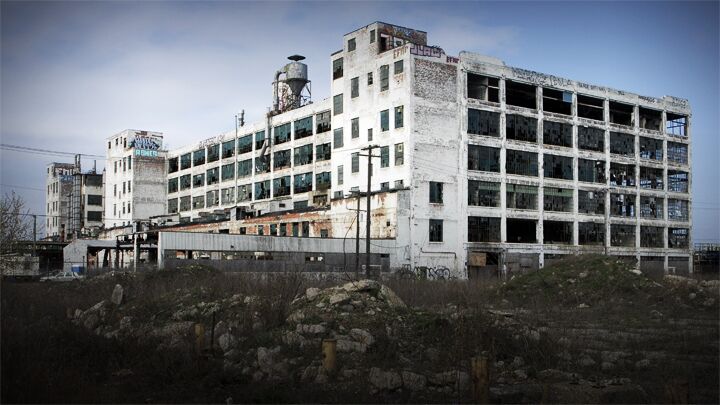 The collapse of this great American city isn’t just a case of not selling enough cars. It signals something far more ominous.

Detroit is “just an innocent victim of market forces.” There is no bigger lesson here, said New York Times economist Paul Krugman. “For the most part, it’s just one of those things that happens now and then in an ever changing economy” (July 21).

What garbage. It is exactly this kind of mixed-up thinking that guarantees more cities will turn into Detroit.

But according to one of America’s leading papers, there is no lesson to be learned here! What do you think?

The city has lost close to two thirds of its population. No lesson?

Last year, Detroit high schools had a dismal 65 percent graduation rate. In 2007, a study from Education Week found that only 25 percent of freshmen really ended up graduating on time. The children of Detroit have a better chance of going to prison than graduating on time. Almost half of Detroit adults are considered functionally illiterate. No lesson?

What about Detroit’s sky-high divorce rates? Detroit has become a city of single mothers and delinquent dads. It is a tale of welfare addiction, family breakdown and social disintegration. No lesson?

Krugman talks about innocent victims. Well, there are a lot of victims in Detroit. It is the most dangerous big city in America and one of the most dangerous in the world. The gang activity and crime rates make Cúcuta, Colombia, and Sao Luis, Brazil, blush. Detroit is the city of 11,000 unsolved homicides. Bodies lie in streets for hours due to morgue cutbacks. Victims are stuffed in trunks. Or left in the streets. Or dumped in abandoned buildings, which are then lit on fire. For the living, police response times average almost an hour.

Apparently, a population crash from 2 million to 700,000 is just one of those things. The white flight is historic and well documented. But there is also black flight. And the flight of the dead. That’s right: People are actually exhuming dead relatives to move them out of the city because it is too dangerous to visit the cemeteries.

Move along, there are no lessons here. But take a drive by at your peril.

Detroit’s plight is a gigantic, flashing warning sign for the nation.

Currently, the city owes money to more than 100,000 vendors, contractors and other lenders. The city emergency manager thinks the bill comes to around $19 billion, but it might be more. Some of the city’s invoices haven’t been paid in years.

To put this enormous debt in context, consider that the average annual per capita income of a Detroit resident is a measly $13,969—less than the average per capita income of a resident in Romania, Botswana or Belarus. Over the past 60 years, Detroit has gone from one of the most prosperous cities in the world, with the highest standard of living, to one of the world’s poorest.

During that whole time, the city was run by one political party, adhering to a specific economic philosophy. Politicians said they wanted to create a “fairer” city by raising taxes on businesses and productive individuals and redistributing it. The effect was to drive business out and make everyone poor. Think that policy warrants further investigation? This same economic philosophy is currently being nationalized.

But back to Detroit’s debt. If the city taxed residents at 100 percent of their salaries—took every dime from each of its 700,000 remaining residents and made each of them slaves—it would still take two years of servitude to pay off the debt.

How did Detroit’s leaders ever justify taking on so much debt? And where did all the money go? How were these leaders able to waste and steal so much? What is the connection to the big unions, both private and public? Surely there are more lessons America can learn from this.

Now Detroit has run out of money—both its own and other people’s. With its credit rating trashed, no one is silly enough to lend to it anymore (except maybe the federal government, if President Obama decides to bail out the city). And with one of the highest tax rates in the country, one of the lowest per capita incomes and sky-high poverty levels, the city has nothing left to take.

And fewer citizens are willing to give. Almost half of all property owners are refusing to pay their property taxes. The Detroit News reports that there were 77 city blocks where only one owner paid taxes last year.

It is hard to blame them.

In the words of Detroit’s state-appointed emergency manager: “The city does not provide basic and essential services to the residents who remain …. The city is infested with urban blight.”

Detroit is described variably as a post-apocalyptic ghost town, a post-industrial ruin, the city of flames, the city where the sirens never stop, America’s first Third World city, Murder Town, Hell on Wheels. Veteran Detroit reporter Charlie LeDuff describes it as “an archaeological ruin … empty and forlorn and pathetic.”

Earlier this year, it was announced that Detroit was closing another 45 schools. Once closed, the abandoned structures will be stripped of their copper wiring and plumbing. Anything of value will be stolen. Before long, they will probably burn.

Detroit is shutting down its green spaces too. Only 53 of the city’s 300-plus parks are still open to the public. Of those, 38 are on limited maintenance, which means periodically mowing the lawn. Detroit’s most famous park, Belle Island, is literally sinking into the river due to lack of preservation. There are about 78,000 abandoned homes in Detroit, and another 80,000 or so additional abandoned buildings. Forty percent of the city’s stoplights don’t work.

Half of Detroit’s 1,000-strong fire department are captains, battalion chiefs, drivers and other non-firefighters. Those who actually fight fires do so with ladders that don’t work, fire hydrants that often malfunction, and trucks that routinely break down. Its fire stations operate on a schedule of rolling brownouts. Ambulance drivers risk their lives trying to help people; they face automatic gunfire all around them.

A colleague from the Philippines who recently visited Detroit said that parts of the city he saw were just like the shanty towns back home, the difference being, “The abandoned buildings are a lot bigger.”

Yet the New York Times takes no lessons.

Why is it so hard to understand that the Detroit that used to symbolize American prowess is gone? Maybe it is the “Detroit Is Back” Super Bowl commercials, or Eminem telling us that the city has “been to hell and back,” so everything is okay now. We are on the verge of a revival. Go out and buy a Chrysler.

But take a closer look. GM and Chrysler may have been bailed out, and sales are up this year, but they are maxed out on debt again. Ford is no different. They are just one recession away from the next bailout. How many of their vehicles are actually made in Detroit anymore—and how much is outsourced?

Want to fix Detroit? Then stop pretending it is just a random victim of a changing economy. It is not!

How can you know? It really is simple. Consider Detroit’s situation. It is located in one of the choicest parts of the most blessed country in the world! Pull out a map and look at Detroit’s location. Situated in the interior of North America—yet thanks to its location on the Great Lakes and the St. Lawrence Seaway, it still has waterway access to the whole world. Add on its position on the Detroit River, connecting lakes Huron and Erie, and that it also sits on the overland gateway to the heart of Canada. One hundred and thirty billion dollars’ worth of international trade crosses its bridges each year. Detroit also lies within easy trucking and rail distance from the Ohio River, making it the beneficiary of Mississippi River trade and transport. Then there is its climate, fertility of soil, proximity to markets, economies of scale and skilled labor that all work in its favor.

Geographically, Detroit is a golden child. It was bequeathed virtually everything needed to make it a world-class industrial center.

Yet despite that—and despite becoming one of the most prosperous cities in world history—it still collapsed.

Now the same thing is happening to many American cities. Despite America’s unparalleled agricultural, mineral, scientific and geographic resources, cities across the country are in various stages of Detroitification. Chicago, Baltimore, New York, Los Angeles, Oakland, San Diego, Portland, Providence and Houston are all going the same way. And it doesn’t stop with municipalities either. California, Illinois and Kentucky—many states are headed for bankruptcy too. Then there are the tens of trillions in federal government obligations that everyone pretends will be paid.

So, what is the big lesson that America should really take from Detroit?

Detroit’s dramatic downfall can only be understood by identifying the source of its original prosperity.

Ingenuity, work ethic, economies of scale, access to capital, resources, mass transportation, low taxation, freedom, private ownership and a skilled labor pool were all important factors. These things, if re-implemented in Detroit, would help. But they are not the most important and essential factors leading to prosperity.

It is God that makes the difference. It was God who showered down the blessings on Detroit—and on America—that made it great. It was God—not random economic forces—who provided America with its formerly unrivaled level of prosperity, that set it apart from all the other nations in the world.

Yet now, because the conditions of retaining those blessings—things like keeping God’s commandments—are being broken, those blessings are being removed. If you read your Bible, you know this is the case. Cities are collapsing in spite of all the blessings they used to have, and in many cases still have. Detroit is in effect a warning from God about what is in store for all America.