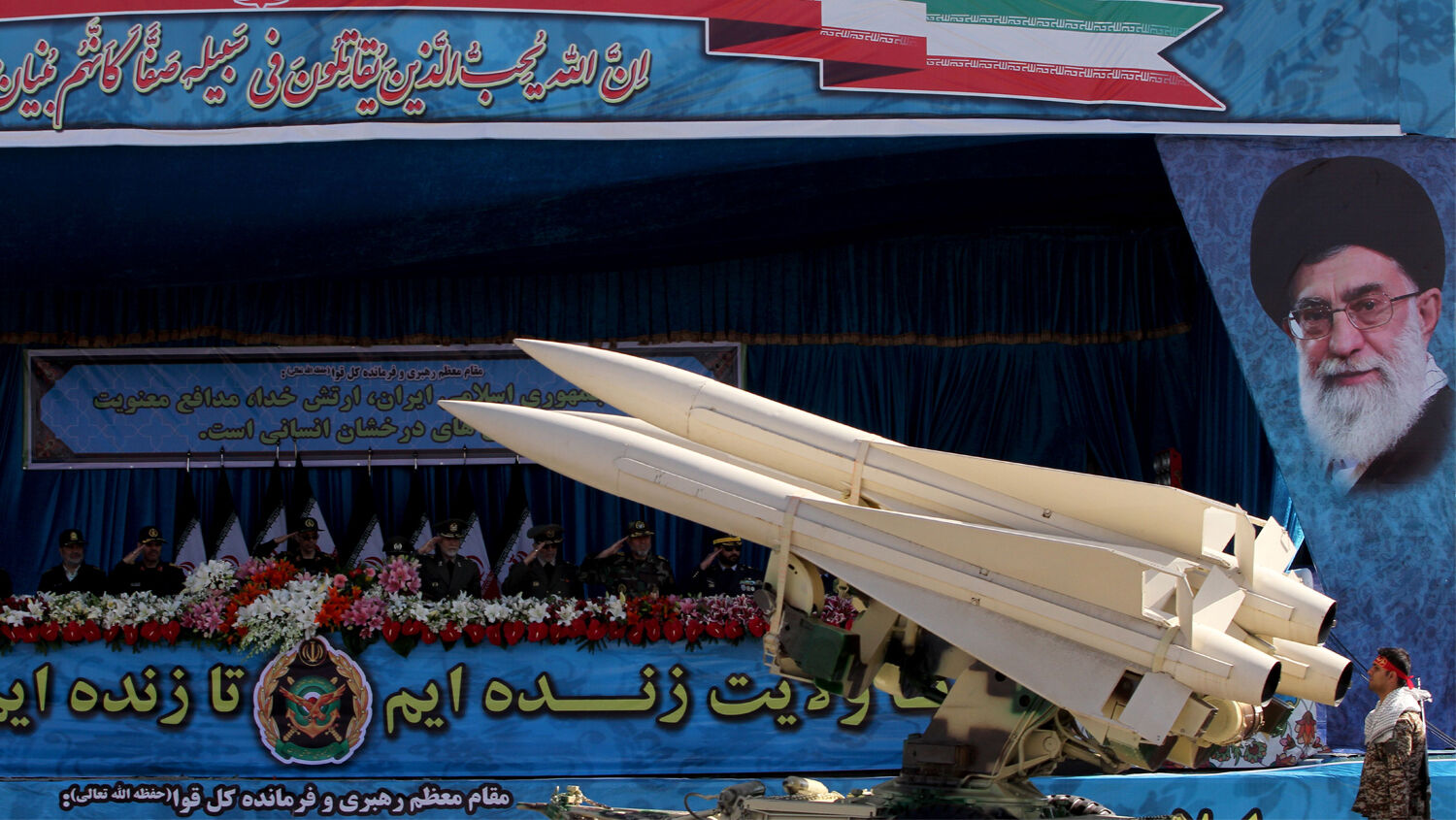 Gen. Amir-Ali Hadjizadeh was quoted by Fars News Agency as saying on May 25, “Step by step we are developing our defensive capability, and I announce today that in recent years we have built a third underground factory for the manufacture of missiles.”

“We will continue to further develop our missile capabilities forcefully,” General Hadjizadeh said. “It’s normal that our enemies, that is to say the United States and Israel, are angry when we show off our underground missile bases because they want the Iranian people to be in a position of weakness.”

Just four days earlier, on May 21, while visiting Saudi Arabia, President Trump said Iran “is a regime that is responsible for so much instability in the region” and isolated Tehran as “the government that gives terrorists … safe harbor, financial backing and the social standing needed for recruitment.” He added:

From Lebanon to Iraq to Yemen, Iran funds, arms and trains terrorists, militias and other extremist groups that spread destruction and chaos across the region. For decades, Iran has fueled the fires of sectarian conflict and terror.

It is a government that speaks openly of mass murder, vowing the destruction of Israel, death to America, and ruin for many leaders and nations ….

Among Iran’s most tragic and destabilizing interventions have been in Syria. Bolstered by Iran, Assad has committed unspeakable crimes, and the United States has taken firm action in response to the use of banned chemical weapons by the Assad regime—launching 59 Tomahawk missiles at the Syrian air base from where that murderous attack originated. …

[A]ll nations of conscience must work together to isolate Iran, deny it funding for terrorism, and pray for the day when the Iranian people have the just and righteous government they deserve.

The Obama administration tried to appease Iran with multiple concessions that culminated in the Joint Comprehensive Plan of Action nuclear deal that was implemented January 2016. Iran responded within two months by conducting what state television called a “missile revolution”: illegally test-firing several ballistic missiles that were ominously graffitied with “Israel must be wiped out” in Hebrew.

The Trump administration condemned the nuclear deal and chastised Iran with strong words and even strong actions, such as the military air strikes in Syria that President Trump reminded the world about. Iran responded with more belligerent rhetoric and military advancements.

“Along with improving our defense capabilities, we will continue our missile tests and missile production,” General Hadjizadeh warned on May 25. “The next missile to be produced is a surface-to-surface missile.”

Apparently, concessions are not enough to change Iran’s status as the world’s foremost terrorist-sponsoring nation. Strongly worded threats and 59 Tomahawk missiles fired at an ally or proxy are seemingly not enough of a deterrent for Iran.

And Iran’s reelection of “moderate” President Hassan Rouhani will likely not change Iran’s radical and “destabilizing” behavior. The supposedly pragmatic Rouhani said defiantly on May 22: “Iran does not need the permission of the United States to conduct missile tests.”

Is there anything that can persuade Iran or intimidate its radical leaders?

If both the Obama and Trump administrations have seemingly failed to tame Iran with concessions and strong actions, respectively, what administration can? And how?

The Trumpet has written extensively about the regime that already proves most capable of decisively dealing with Iran. It’s a European administration that is given to employing unremitting, blitzkrieg attacks on its enemies. Our editor in chief Gerald Flurry discussed that power in his article “The Whirlwind Prophecy” and his free booklet The King of the South.