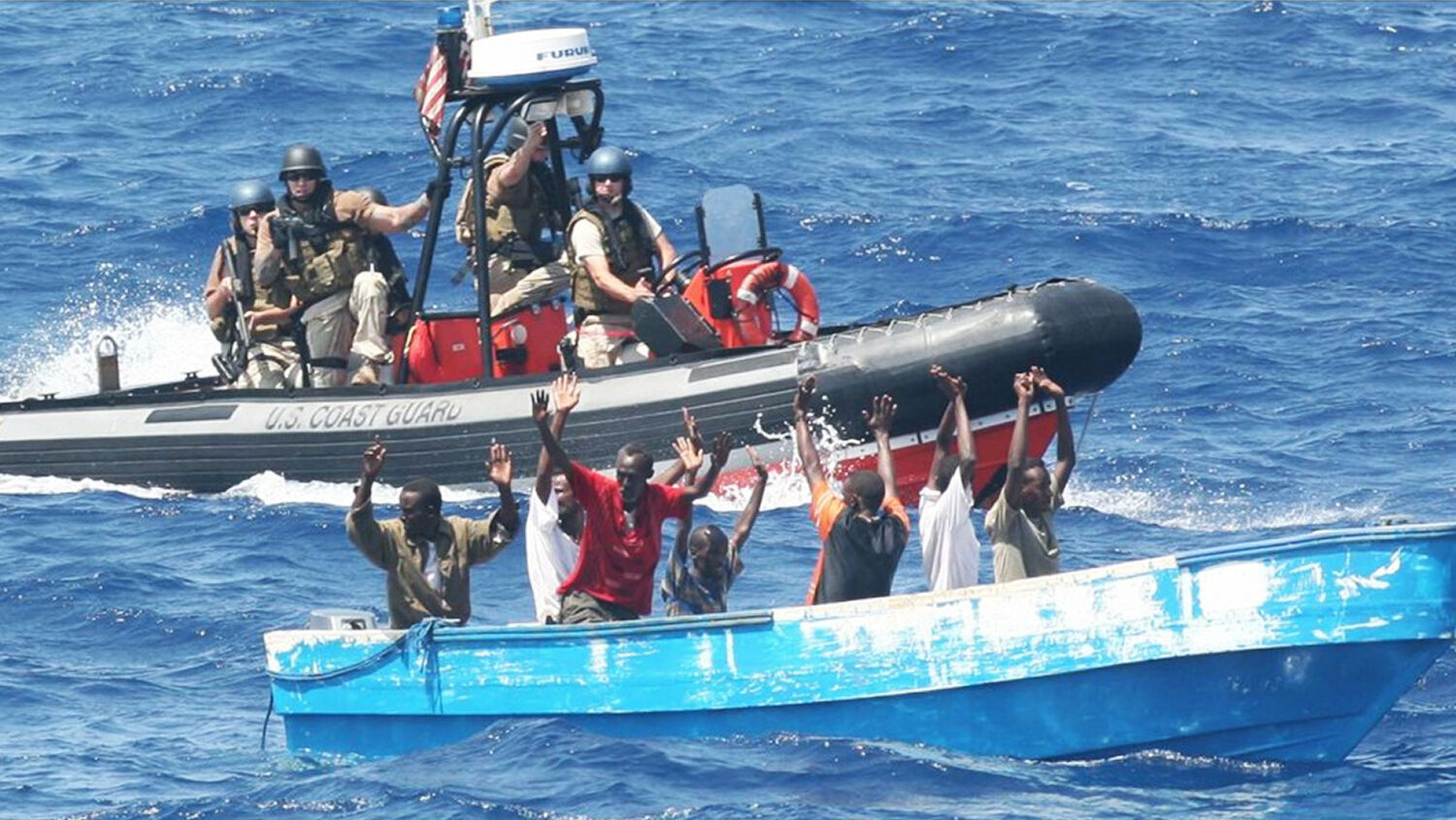 Pirates from Somalia are taking advantage of a diminishing international security presence in the region.

There has been a “sudden uptick” in piracy off the coast of Somalia in recent weeks, head of the United States Africa Command Gen. Thomas Waldhauser confirmed during a press conference in Djibouti on April 23. He encouraged the shipping industry to increase its security operations.

“[T]here have in the last month been four or five, maybe six piracy attacks here in the region,” General Waldhauser said as he fielded questions from reporters. The official spoke alongside U.S. Defense Secretary James Mattis, who had been visiting Camp Lemonnier, America’s only permanent base in Africa and main center for security and counterterrorism operations in Yemen and the Horn of Africa.

Somalia sits at the tip of the Horn of Africa and boasts the biggest coastline on the continent. It forms the southern extremities of the Gulf of Aden, one of the world’s busiest waterways. Nearly all the trade between Europe and most Asian countries like China, Japan, South Korea and India passes through the Gulf of Aden. All totaled, about a third of global commerce transits through this passageway.

In the late 2000s, Somali pirate attacks in the region surged to alarming levels and prompted an international intervention. In December 2008, the European Union launched EU navfor Somalia to “contribute to the deterrence, prevention and repression of acts of piracy and armed robbery off the Somali coast.” It was the EU’s first-ever naval operation. A month later, the U.S. launched a similar, multinational operation, Combined Task Force 151; and in August of that year, nato launched its own Horn of Africa anti-piracy exercises, Operation Ocean Shield.

The international operations were largely successful. “At the height of Somali piracy in January 2011,” noted EU navfor Somalia, “736 hostages and 32 ships were being held by pirates. By October 2016, that number has dropped to no hostages and ships being held.” While the EU acknowledged the success of its maritime security patrols in the Horn of Africa, in November 2016 it extended the mandate of its operation to December 2018.

nato, however, considered its Operation Ocean Shield such a “great success” that it formally ended in December 2016.

During his press conference, General Waldhauser said, “[S]ome of the reasons why piracy went down to really zero here [were] because of security measures the shipping industry has taken.” He added this oblique warning: “[W]e want to make sure that the shipping industry continues to not become lax in that.”

Risk management consultant Michael Clyne wrote for the Council on Foreign Relations that the “lull reached by a combination of international and private security efforts” in the last five years “eventually became a victim of its own success, with prevention fatiguing after attacks abated. Governments rolled back robust defense operations, eventually relegating them to monitoring and surveillance. Shipping companies followed suit, cutting costs on expensive security guards once hired to arm and defend their vessels.”

General Waldhauser attributed the return of Somali pirates to this lax in security and the drought and the famine in Somalia because, as he said, “some of the vessels that have been taken under hijacking have had some food and some oil on them.” The drought in Somalia has been declared a national disaster.

On May 11, London hosted an international conference on security and governance reform in Somalia. The conference communiqué noted that “terrorism [in Somalia] is still a threat to peace and security” and that “the threat of piracy remains real,” among other concerns. It acknowledged the African Union Mission in Somalia (amisom) and Somali forces fighting the Iranian-affiliated, al Qaeda terror offshoot, al-Shabaab.

We … acknowledge the need for sustainable and predictable funding for amisom and the provision of necessary force enablers and multipliers to meet its obligations. All partners recognize the critical funding provided by the EU since 2007 and the need to take collective responsibility for sustainable funding for amisom beyond 2018, while working together with the [United Nations] and other international partners to meet amisom and Somali security forces’ requirements in order to address Somalia’s current and short-term security challenges.

During the conference, U.S. Defense Secretary James Mattis even said that America would consider sending more troops to Somalia than are already present in the country—an indication of the urgency of Somali security crisis.

Many other nations with vested interests in the region can be expected to increase their security presence as well, and two global powers are of particular note.

Somali piracy has not discriminated between terror-sponsoring nations and other nations. Iran has thus been both a victim and a perpetrator (howbeit indirectly) of the security crisis in Somalia. It has responded to attacks from pirates by sending its naval patrol vessels to the Gulf of Aden. An Iranian military official claimed in 2012 that “the pirates of the Gulf of Aden are simple fishers but their sponsors and main leaders are sheikhs of the United Arab Emirates, Yemen and Saudi Arabia. They provide the Somalis with money, weapons and equipment.” Whatever the truth of the matter, Iranian involvement in the region (and justification thereof) will likely increase, especially if one considers that the Islamic Republic already has a stranglehold on Yemen and Eritrea.

Most of Iran’s maritime trade does not pass through the risky Gulf of Aden, primarily because of Western-imposed sanctions. But most of Europe’s maritime trade with Asia does. Through EU navfor Somalia and other regional operations, Europe already has a strong security foothold in the Horn of Africa, North Africa and the Middle East.

Bible prophecy reveals a soon-coming clash between these two powers, and security concerns in this region could play a role in that conflagration.

In the first few paragraphs of his booklet The King of the South, Trumpet editor in chief Gerald Flurry writes:

“And at the time of the end shall the king of the south [Iran] push at him: and the king of the north [a European bloc] shall come against him like a whirlwind, with chariots, and with horsemen, and with many ships; and he shall enter into the countries, and shall overflow and pass over” (Daniel 11:40). Both powers are rising fast on the world scene right now. This clash will shake the world as never before! And that is the good news. The bad news is that it will lead to World War iii!

The king of the south is going to push at the king of the north, probably from its trade route power. That push will be a dramatic act of war! [Europe] will respond with an all-out whirlwind attack—and Iran and radical Islam will fall immediately.

In other words, maritime trade via vital passageways in the Middle East and the Horn of Africa could play a critical role in the fulfillment of this prophecy.

At the Djibouti press conference, General Waldhauser and Secretary Mattis both assured reporters that they would continue to “watch” the developments in the region.