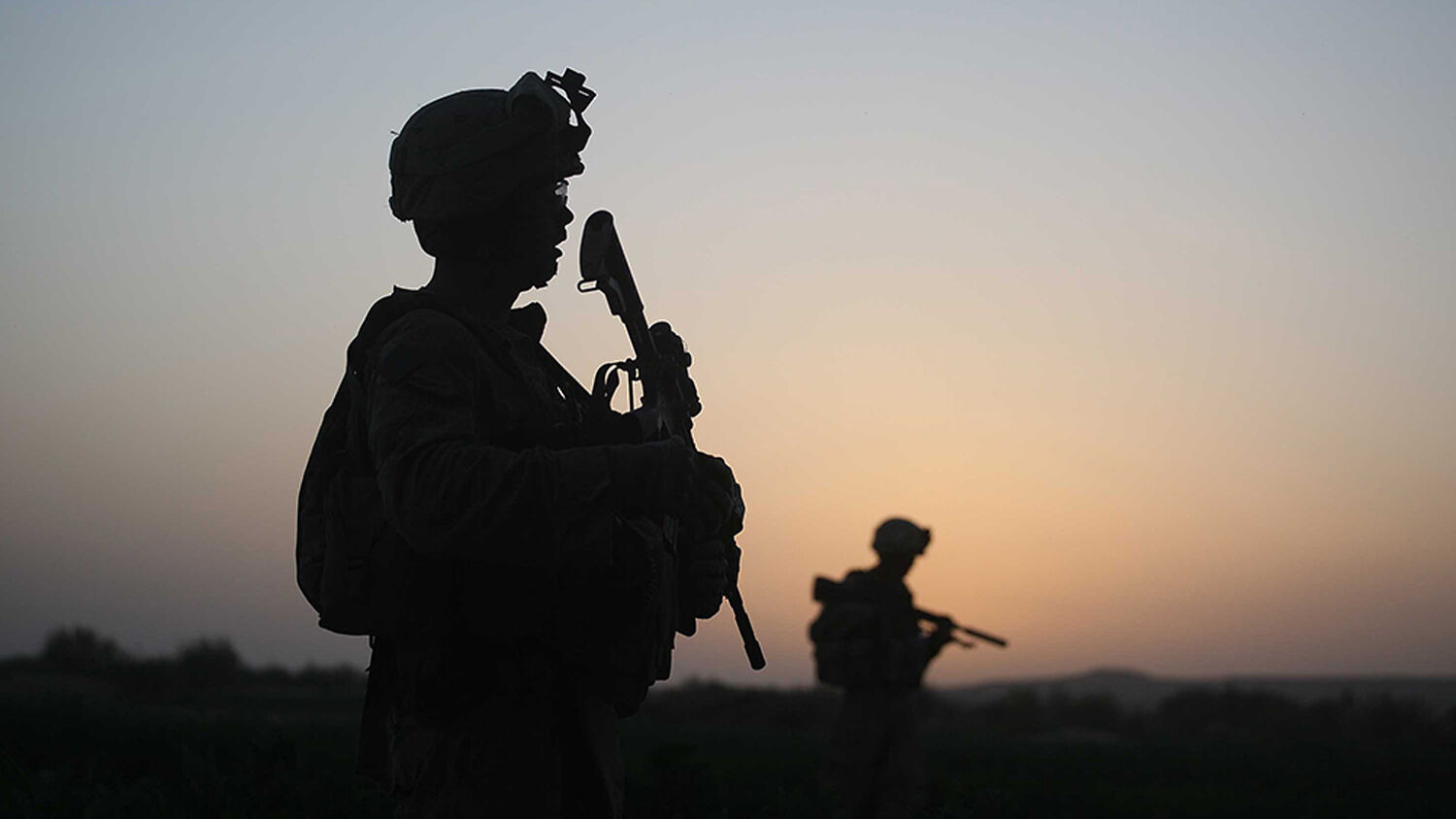 U.S. Marines in the early morning during an operation to push out Taliban fighters on July 18, 2009 in Herati, Afghanistan .
Joe Raedle/Getty Images

The return of the Taliban is tied to the fall of America.

The bloodthirsty attack on April 21 in the Balkh province of Afghanistan lasted six hours. After driving into an Afghan military complex, six Taliban operatives opened fire in a mosque and dining facility. When the dust settled and the gunfire stopped, five of the attackers lay dead and the last captured. Beside them were 140 dead Afghan troops and another 150 wounded. The attack broke the record for the most allied troops killed since the United States-led war in Afghanistan began 16 years ago.

The soaring death toll is nothing new. According to a quarterly report by U.S. Special Inspector General for Afghanistan Reconstruction John Sopko, in the first six weeks of 2017, 807 Afghan soldiers had been killed.

The bullet-ridden and charred buildings are now a testimony to the unavoidable truth: The United States has lost the war in Afghanistan.

Even with 8,400 U.S. troops currently stationed in Afghanistan and another 6,000 nato forces, the Taliban has not been shut down.

According to Gen. John Nicholson, the U.S. is facing a stalemate. But if ongoing trends are to be relied upon, the Taliban will long outlast the residual foreign forces.

The heroin industry in Afghanistan is booming. Here are the opening statements of a late 2016 report from the United Nations Office on Drugs and Crime (unodc):

Opium production in Afghanistan rose by 43 percent to 4,800 metric tons in 2016 compared with 2015 levels, according to the latest Afghanistan Opium Survey figures released today by the Afghan Ministry of Counternarcotics and the unodc. The area under opium poppy cultivation also increased to 201,000 hectares (ha) in 2016, a rise of 10 percent compared with 183,000 ha in 2015.

This was all despite an $8.5 billion U.S.-led counternarcotics campaign.

Opium is to the Taliban what oil is to the Islamic State. According to the Afghan Ministry of Counternarcotics, “Opium trade provides about 60 percent of the Taliban’s funding.”

The obvious waste of U.S. resources is just the tip of a massive iceberg of corruption.

Corrupt to the Core

Afghanistan was ranked 166 out of 168 countries on Transparency International’s corruption perception 2015 index.

The politicizing of government initiatives is well documented—as is the ineptitude it fosters.

With so much corruption going unchecked, it is little wonder that many in Afghanistan despise the government. Guardian Unlimited wrote:

This kind of corruption indirectly exacerbates Afghanistan’s conflict. Since corruption consistently goes unpunished, Afghans feel betrayed by their leaders—and insurgents have in turn fed off this widespread sense of disappointment. The enemy sees a vacuum to fill.

Speaking of filling the vacuum, here comes Russia. With the U.S. downscale and withdrawal has come a renewed interest from Moscow.

While refusing to admit it, Russia is one of the Taliban’s most important allies. Both parties categorically deny any teamwork, but Russia’s stance on the U.S. presence carries a lot of weight. Moscow has repeatedly called on the U.S. to withdraw from Afghanistan.

Russia has also worked to detach Washington and the Afghan government from any future peace deal with the Taliban. In February, Russia hosted a series of conferences where it demanded the involvement of the Taliban—despite the Taliban knocking back those advances. At the same time, Russia snubbed America—the nation that has invested billions of dollars, battled for years, and lost thousands of lives over more than a decade!

Such action by the Russians only serves to embolden the Taliban and demoralize the Afghan government and its forces.

Another Headstone in the Graveyard

The U.S. failure in Afghanistan is not the first such occurrence. Empires as far back as Alexander the Great have failed to subdue the snow-capped mountains and barren plains of Afghanistan. Trumpet contributor Anthony Chibarirwe wrote on this phenomenon in the January 2015 print issue:

Learning from history isn’t America’s or Britain’s strong point. The Britons have invaded Afghanistan before—also to their detriment. During the first Anglo-Afghan War of 1839–1849, in one battle alone, 16,000 British troops were exterminated, leaving behind a single survivor. The second Anglo-Afghan War of 1878 was another quagmire that again ended with the withdrawal of the technologically superior army.

The Soviet Union gave Afghanistan its best shot beginning in 1979 in a campaign against the Mujahideen. It ended in a humiliating stalemate in 1989. …

When the war on terror began, the United States and Britain had all this history to learn from. But in they went. And now out they are coming.

America has lost to the Taliban, not a nation, or a superior fighting force—the Taliban. With attacks at record levels and Afghanistan reverting to pre-2001 status, we should ask why and how this could happen! This trend of defeat is not just happening in Afghanistan, it is happening across the Middle East and across Asia! There is a reason America lost to the Taliban.

“[A]ll these curses shall come upon thee, and overtake thee,” God says in Deuteronomy 28:15, going on to outline all manner of economic, weather, military and social curses. “I also will do this unto you,” God says. “I will even appoint over you terror …. And I will set my face against you, and ye shall be slain before your enemies: they that hate you shall reign over you; and ye shall flee when none pursueth you. … And I will break the pride of your power …” (Leviticus 26:16-19).

It is only when America’s decline is viewed through the lens of God’s promises of blessings for obedience and curses for disobedience that the true cause is revealed. And we ought to pay close heed because these blessings and curses are not only applied on an international level, but on a personal level too.