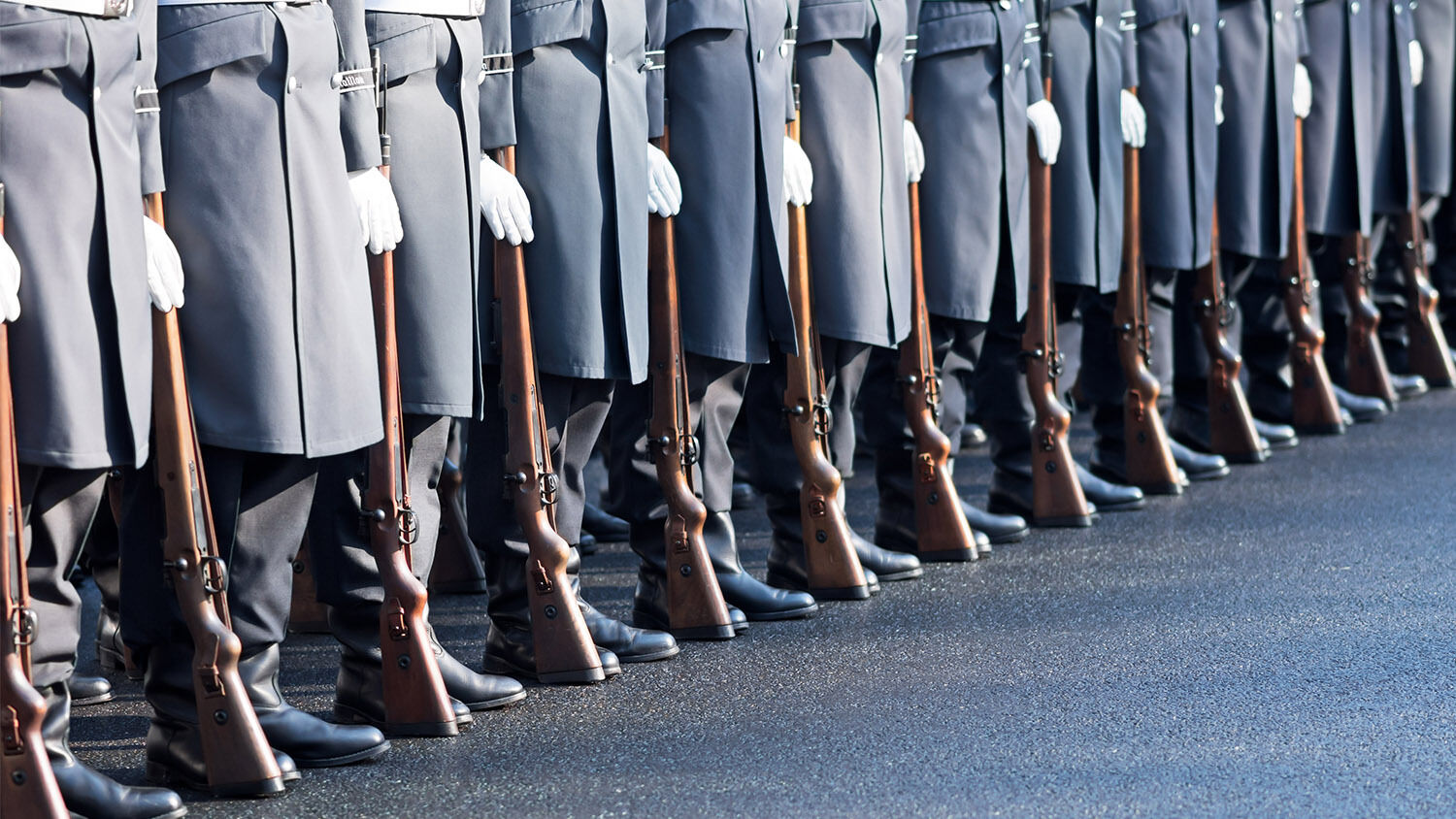 As the scandals in the German Army mount, it is becoming clear that not just a single individual is at fault but much of the Bundeswehr leadership. German Defense Minister Ursula von der Leyen said on Sunday, April 30, in zdf: “The German Army has a posture problem, and apparently a weak leadership on many levels” (Trumpet translation throughout).

First, there is the scandal surrounding the right-wing extremist German lieutenant, named “Franco A.” in the German media, who lived a double life, posing as a Syrian refugee and intending to carry out a terrorist attack in Germany that he would blame on his fabricated Syrian alter ego. This news has aroused much controversy in the Bundeswehr. The lieutenant was allowed to keep serving in the Army despite the fact that his superiors knew about his right-wing extremist views since 2014. It was said that he was given a “second chance.”

His master thesis in 2014 openly revealed the depth of his hatred toward foreigners and immigration in general. Spiegel Online reported:

The 140 pages with the title “Political Change and Subversion Strategy” leave little room for misunderstandings. Thus, [Franco] A. writes of an alleged “genocide” of the Western societies, which nears its end due to a “massive immigration,” the seeds have already been laid.

Had his superiors acted according to the strict rules of the German Army, Franco A.’s career in the Bundeswehr would have ended then and there. The end-of-year report of the Bundeswehr for 2016 stated that even if a soldier “appears to show anti-constitutional views or belittles extremist aspirations, he or she violates the core duty of the military.” But in reality, even those who write their entire thesis on their extremist views are tolerated in the Army.

Christian Mölling, deputy director of the research institute at the German Council on Foreign Relations, told Foreign Policy in an e-mail that right-wing extremism is a “major problem” in the German Army, today as well as in the past. Foreign Policy commented:

Far-right-wing thought has long persisted in shadowy pockets of the Bundeswehr, fruit of a continued obsession with the Nazi-era Wehrmacht, sparking national controversy when it occasionally surfaces.

Philipp Liesenhoff, a researcher in the German Marshall Fund’s Europe program, told the newspaper, “There’s this ideal of the German Wehrmacht: They’re seen as these tough, experienced fighters.” Soldiers during the time of Hitler were spoon fed with these idealistic views and filled with hatred toward foreigners. These ideas were so ingrained in the military leaders and common soldiers that they are still embraced today. Though the problem is well known, the German government has never thoroughly dealt with it.

Now that von der Leyen has spoken out on this issue, she is being heavily criticized. She canceled her trip to the United States and strongly rebuked the Bundeswehr as a whole, accusing it of having a leadership problem. “To shine light in the dark fields will be laborious; it will hurt; it will not be pleasant,” she said. “We will have to endure through it; it will require much time. The process will take weeks and months, but it is for the best in the Bundeswehr.”

She presents herself as the one to finally deal with an ugly, decades-old problem. Last Thursday, she invited 100 high-ranking officers to discuss further steps the government and military can take.

But her invitation was not well received, since these high-ranking officials were the target of some of her most severe criticism. Instead of receiving more correction, they expected her to apologize publicly. Many high-ranking officers accused her of generalizing the problem and trying to save her public image. The meeting that was meant to lay the groundwork for a thorough cleansing of the Bundeswehr instead revealed great distrust.

The officers were not allowed to bring their laptops, smartphones or smartwatches to the private meeting. Then von der Leyen apologized to them privately, saying she wished she would have handled the situation differently and would have stressed more what good the Bundeswehr does in general. But this was apparently not enough for the generals. German newspaper Die Welt speculated that von der Leyen was pressed to make her apology public, therefore the content of her speech was published on May 5.

The individual scandals that have surfaced in recent years are only the tip of an iceberg that hates to be exposed. Other recent cases reveal sexual abuses and perverse recruiting rituals by Army generals. This all adds up to show that there is, as von der Leyen said, a problem in the Bundeswehr leadership.

There is also ongoing fascination in the German military with Hitler’s Wehrmacht—the unified armed forces of the Nazi era. The fascination continues to this day because the very founders of the current German Army were the survivors of the Wehrmacht. As postwar Germany lay in ruins, surviving top military officers met with the chancellor of West Germany to plan a revival of the Army. Many of these men later found offices in the newly organized armies where they spread their ideas of a revival of the former Reich. The ideas have passed from generation to generation and remain alive in many high-ranking officers today. Von der Leyen will likely fail to change this and will most likely either give in or lose her office.

In the years immediately following World War ii, Herbert W. Armstrong prophesied of a revival of the Nazi ideas. He said they had not been destroyed but had only gone underground and that they would eventually resurface.

The Bundeswehr will soon show its real face, but once the iceberg is exposed, it will be too late. To understand more about what is happening behind the scenes, read He Was Right.