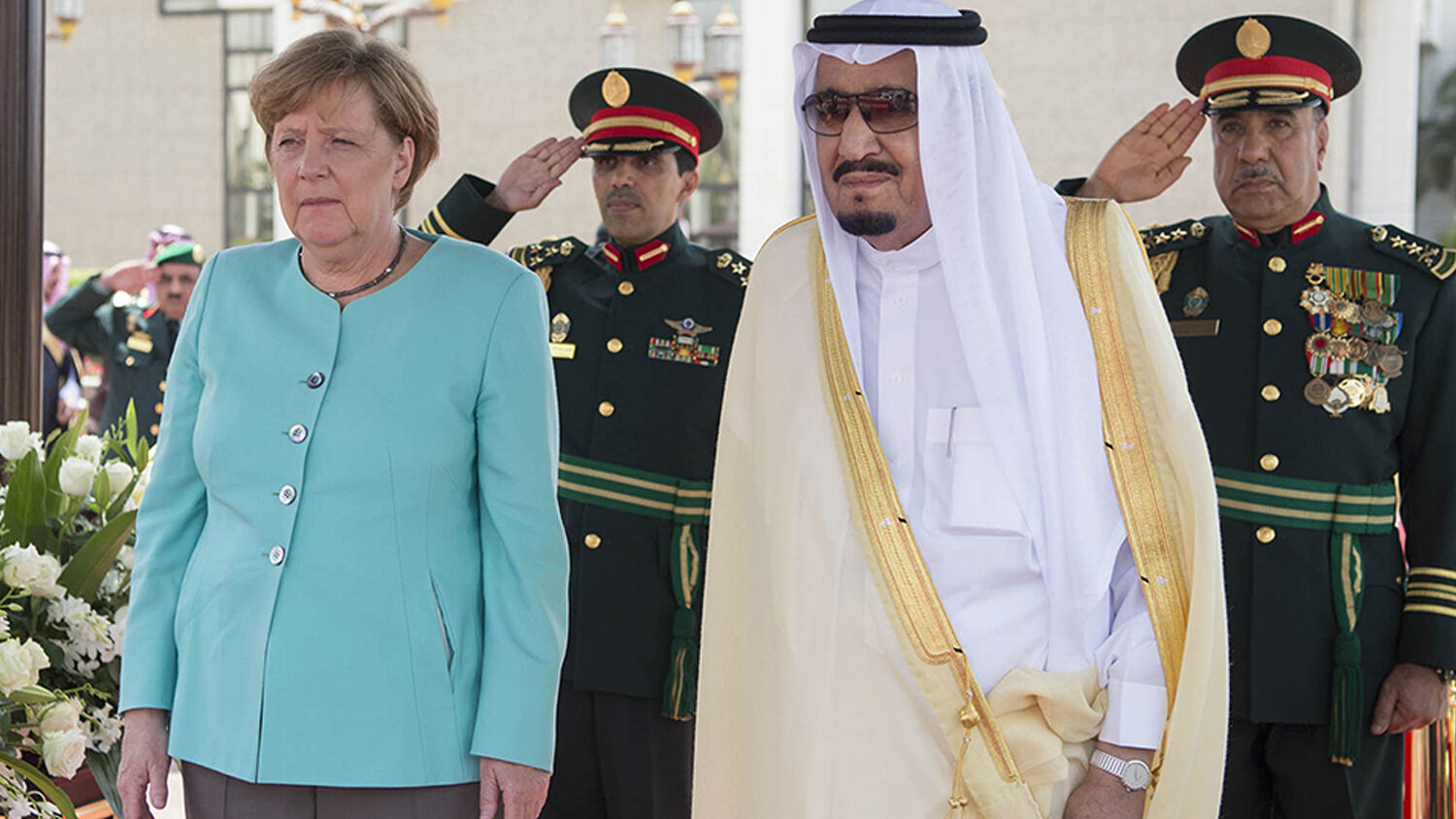 Germany agreed to help build up Saudi Arabia’s military and defense industry during a visit by German Chancellor Angela Merkel on April 30.

Germany exports large amounts of weapons to Saudi Arabia. Because of Germany’s strict export guidelines and Saudi Arabia’s repeated humanitarian violations, these exports have been seen as problematic. This past Sunday, the two countries found a solution: Germany will hold off its weapon exports but will help Saudi Arabia build up its military.

Prior to the meeting, Saudi Deputy Minister of Economic Affairs Mohammed al-Tuwaijri, told Spiegel Online (Trumpet translation throughout): “We want to make Germany one of our most important business partners.” For this to happen, he said, Saudi Arabia is willing to sacrifice arms imports from German companies and instead build up its own industry with the help and know-how of foreign companies. Concerning the relationship with Germany, Tuwaijri said:

German companies have always been here; many of them have very close connections to Saudi Arabia. We want to expand that. The German mentality, which is world famous, has many fans. Everyone would like to be like Germany, so we also want to learn a lot from Germany.

Saudi Arabia is currently the third-largest receiver of German weapons and a crucial partner in the Middle East: A partner Germany can’t afford to lose.

The two countries signed an agreement whereby the German Army will train Saudi Arabian military personnel in Germany. Concerning the deal, Merkel said: “We cannot have German soldiers anywhere in the world, but we can very well pass on our know-how.” The German and Saudi governments also signed a joint declaration of intent for future police cooperation.

With the project “Vision 2030,” Saudi Arabia hopes to build up its own arms industry and infrastructure to be independent of German weapon imports. German companies will, in the future, support Saudi Arabia’s development, particularly in the field of digitalization. Before these treaties were even signed, Saudi Arabia had already started building its own weapon industry with German know-how. Die Welt reported on May 2:

However, Saudi Arabia has already indirectly brought German weapon expertise into the country. A $240 million new ammunition factory opened in Saudi Arabia a year ago. Behind the newly built factory is a complex business that involves the South African ammunition manufacturer, Rheinmetall Denel Ammunition (rdm)—which is 51 percent owned by Düsseldorf-based technology group Rheinmetall.

Ms. Merkel is right in saying that “[w]e cannot have German soldiers anywhere in the world, but we can very well pass on our know-how.” Germany might have a rather small army, but it is building a global military empire. This alliance between Germany and Saudi Arabia in particular has been forecast—in the Bible. Psalm 83 describes Germany allying with Saudi Arabia and other Arab countries to build an incredible military power to strike out at a common enemy: Iran. To learn more about this secret strategy, read Gerald Flurry’s article “The Whirlwind Prophecy.”