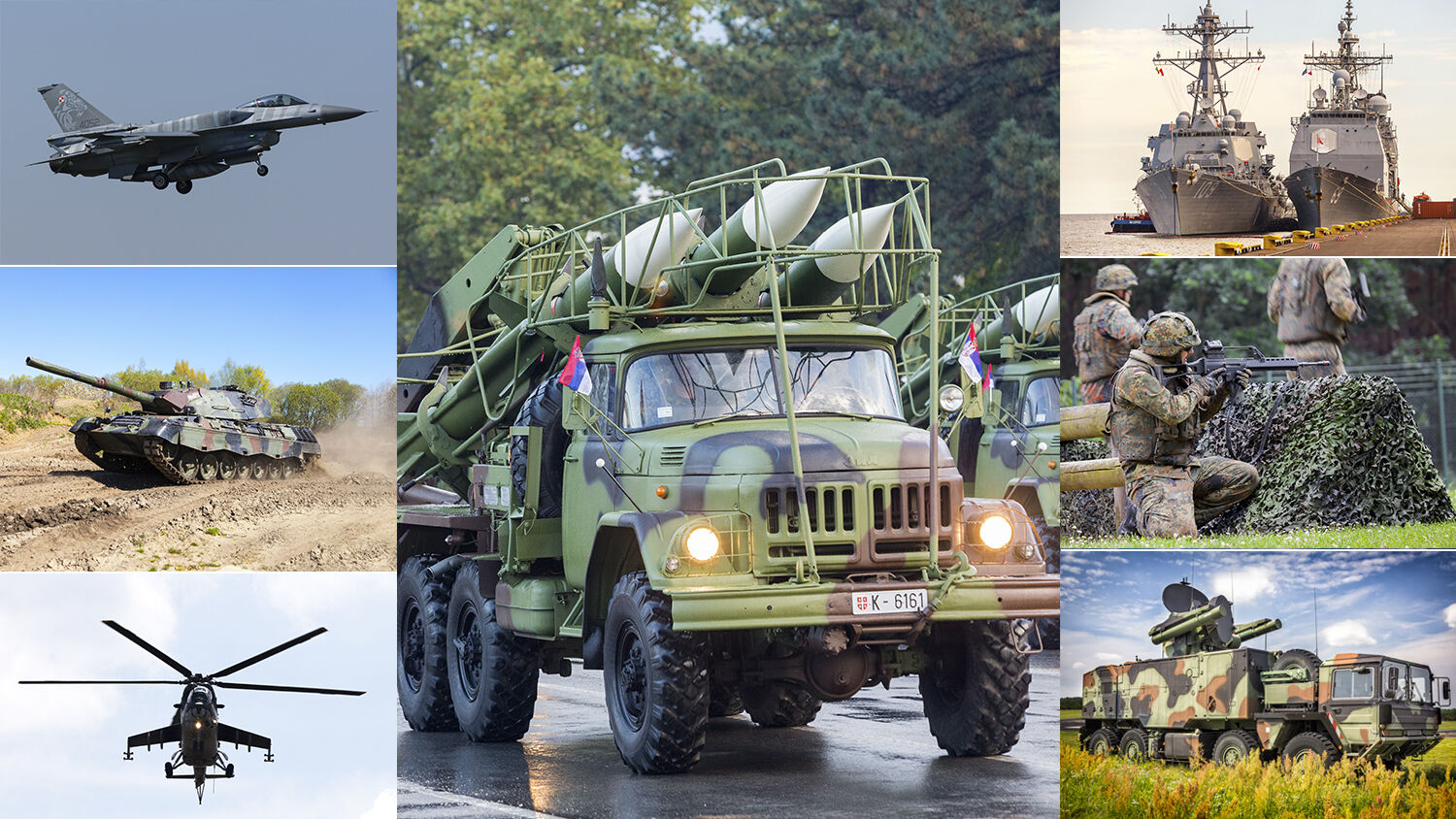 And CEOs of German arms makers are feeling optimistic.

Each year, the Stockholm International Peace Research Institute (sipri) presents the raw data on the world’s military spending. In 2016, Western and Central Europe grew by 2.6 percent and 2.4 percent, respectively. The growth, according to a researcher at sipri, “can be partly attributed to the perception of Russia posing a greater threat.” Europe, it seems, is getting scared of its big eastern neighbor.

“This is despite the fact that Russia’s spending in 2016 was only 27 percent of the combined total of European nato members,” said Siemon Wezemen, a senior researcher at sipri.

Western Europe’s spending makes up over two thirds of Europe’s total, and it has declined nearly every year since 2009. On the other hand, Eastern Europe, positioned next to the historically land-hungry Russia, has steadily increased its military spending. With the changing circumstances—an increased Russian threat, a wavering United States president and Brexit—Western Europe has decided to step it up.

It’s easy to dismiss increases in European military spending with references to the U.S.’s dominance. “We spend more on our military than the next eight nations combined,” former President Barack Obama told Americans in his final State of the Union address. Such a dismissal is a misunderstanding. The United States “accounts for more than 40 percent of global military spending,” wrote Foreign Policy’s Andrew Moravcsik in “Europe Is Still a Superpower”:

[T]he failure to aggregate Europe clouds our geopolitical vision. If we unify European military activities, it comes in second. European military spending accounts for 15 to 16 percent of the global total. China runs third, with under 10 percent, and Russia spends less than 7 percent, less than half as much as Europe.

The “potential of a significant increase in German military spending has created an optimistic attitude among CEOs” of weapons manufacturers in the country, said Georg Wilhelm Adamowitsch, managing director of the Federation of German Security and Defense Industries.

Rheinmetall AG, which has a near monopoly on the German arms market, posted a 63 percent profit jump last year.

The dismissals come just as quickly when discussing the idea of a European army. Whenever European Commission President Jean-Claude Juncker calls for an EU army, the pundits are quick to shoot down the idea as a pipe dream. The Trumpet warns that such thinking is naive. A united, powerful European army is exactly what the Bible prophesies for this northern superpower.

Recall Herbert W. Armstrong’s forecast in the 1979 Plain Truth: “The nations of Europe have been striving to become reunited. They desire a common currency, a single combined military force, a single united government. They have made a start in the Common Market. They are now working toward a common currency. Yet, on a purely political basis, they have been totally unable to unite.”

The European Union now has that common currency. It has a political union—as shaky as it is. We’re waiting for that “single combined military force.” The EU has already taken small, concrete steps down this path, while terrorist attacks, the migrant crisis and Russian aggression in Crimea are all catalysts for more action. A spending hike is not the same as creating an army, but the journey of a thousand miles always begins with the first steps.