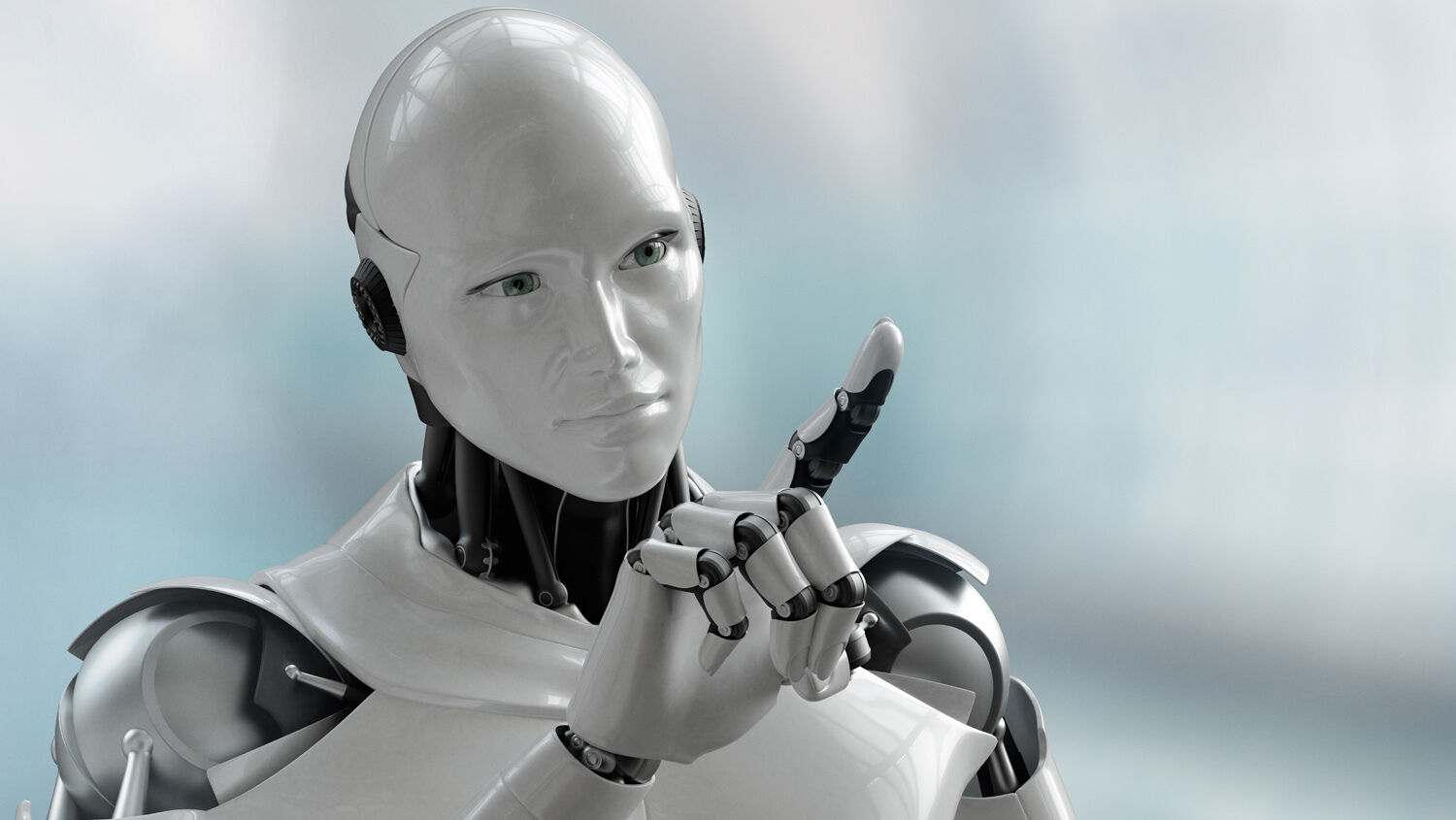 Human beings desire eternal life. Since ancient times, they have sought elixirs of life, fountains of youth and other means of escaping death. In a more recent iteration to this quest to live forever, we have turned to science. Some leading biotechnology experts are now predicting that the human body may be obsolete in 60 years as something more long-lasting takes its place.

The movement called transhumanism is now moving from the fringes of science fiction into the academic mainstream. This movement aims to achieve nothing less than transcending the biological constraints on human beings. Its supporters are developing new technologies to enhance human intellectual and physical abilities. Scholars like Prof. Yuval Harari are suggesting that breakthroughs in biotechnology will soon allow humans to “upgrade themselves into gods.”

Many people are currently debating the scientific plausibility of such revolutionary ideas. Far fewer are seriously considering the moral ramifications. Transcending our biological limitations can only be a good thing—right?

Evolutionists often claim there is no omnipotent Creator who designed human beings. For one, why would He create the human body with so many limitations? But what if there is a Creator, what if He designed the human body to be limited for a good reason?

Transcending our biological limitations would take us deep into the unknown—and it may be a very dark place.

Transhumanism is the belief that the human race can exceed its current physical and mental limitations by using science and technology. The father of the modern transhumanist movement was evolutionary biologist Julian Huxley. In a 1957 essay, “New Bottles for New Wine,” Huxley claimed that after hundreds of thousands of years of evolution by natural selection, mankind was finally ready to become “the managing director of the biggest business of all—the business of evolution.” He claimed powerful new technologies were just over the horizon, technologies that would allow the human race to reengineer their own biology and become their own creator.

For decades after Huxley coined the term, many dismissed transhumanism as a fringe idea. But in the 21st century, it is now moving toward the mainstream of futurist thinking in Silicon Valley and other centers of innovation.

Hedge fund manager Joon Yung is now offering $1 million to any scientist who can “hack the code of life” and genetically engineer humans who can live beyond 120 years. Molecular biologist Cynthia Kenyon has already engineered roundworms that live six times longer than usual. Google has opened an entire division, which includes Kenyon, that is dedicated to reverse engineering the genes that control human life spans.

The chief science officer of the sens Research Foundation, Aubrey de Gray, claims that the first person to live to 1,000 years old has probably already been born.

Other scientists claim that the key to extending longevity isn’t necessarily biological, but technological. They have dedicated their lives to inventing mechanical human organs. These organs could be substituted for natural organs, and they themselves could be replaced when they wear out, similar to replacing an automobile alternator every 100,000 miles. The first synthetic trachea, grown from a patient’s own stem cells, was transplanted into a man with tracheal cancer in 2011. With synthetic tissue growth and 3-D printing technology, scientists say it may soon be difficult to distinguish natural biological organs from manufactured mechanical ones.

The term cyborg was coined in 1960 to describe a fictitious, mechanically enhanced human who could survive in extraterrestrial environments. Fast-forward 57 years. There are now over a million people with mechanical pacemakers regulating their heartbeats.

Devoted disciples of transhumanism foretell a day when our bodies, our brains and the machines around us will merge into a single massive communal intelligence. At the core of transhumanism is the “technological singularity.” According to computer scientist Ray Kurzweil, this is the hypothetical moment when artificial intelligence will exceed natural human intelligence. Sometime after the singularity, the great transhumanist hope is to be able to upload a human consciousness to a computer. Then, when that computer becomes obsolete, that human consciousness could be transferred to another computer, then to another computer. Biological human bodies with limited life spans would no longer be necessary, and human beings could finally experience immortality.

Most people are excited about technologies like the pacemaker, which has saved lives. Yet technologies like stem cell research and genetic engineering have been more controversial. Many are concerned that scientists “playing God” with human genes could inadvertently create new diseases and/or super viruses. On the other hand, there is concern over what will happen if these scientists are successful. If we get what we want and we liberate ourselves from our current biological constraints, what will happen?

Ironically, Julian Huxley’s younger brother Aldous is famous as the author of Brave New World. This dystopian novel warns of a dark side to scientific progress. It describes a future where a totalitarian world state genetically engineers humans to fulfill predetermined roles in a caste system. Aldous did not share his older brother’s blind faith in human progress. He feared technology could be misused to bring about unprecedented suffering.

Political philosopher Francis Fukuyama describes transhumanism as perhaps the world’s most dangerous ideology. “The first victim of transhumanism might be equality,” he wrote for Foreign Policy. “The U.S. Declaration of Independence says that ‘all men are created equal,’ and the most serious political fights in the history of the United States have been over who qualifies as fully human. … If we start transforming ourselves into something superior, what rights will these enhanced creatures claim, and what rights will they possess compared to those left behind?”

Sir Winston Churchill wrote an essay in 1932, warning of the dangers of technological advancements without moral progress. “[I]n a future which our children may live to see, powers will be in the hands of men altogether different from any by which human nature has been molded,” he wrote. “Explosive forces, energy, materials, machinery will be available upon a scale which can annihilate whole nations. Despotisms and tyrannies will be able to prescribe the lives and even the wishes of their subjects in a manner never known since time began. If to these tremendous and awful powers is added the pitiless sub-human wickedness which we now see embodied in one of the most powerful reigning governments, who shall say that the world itself will not be wrecked, or indeed that it ought not to be wrecked? There are nightmares of the future from which a fortunate collision with some wandering star, reducing the Earth to incandescent gas, might be a merciful deliverance.”

Whether or not it is possible for humans to transcend their biological limitations, just imagine what the world would be like if they did. It would be a world ruled by bionically enhanced superhumans—whose human nature remains profoundly unenhanced. Imagine a world where dictators like Adolf Hitler or Joseph Stalin used their positions of power to take advantage of such enhancements—and lived for 1,000 years. Imagine corrupt governments awarding political lackeys with perpetual youth; power hungry generals deploying super-soldiers to slaughter their enemies. Imagine the rich using their wealth to buy not only more things, but more life. Imagine a world where Aldous Huxley’s Brave New World wasn’t a dystopian nightmare, but a living reality.

Humanity’s most serious problems are not biological or technological or even physical in nature. They are spiritual in nature. Human beings can send spaceships to Mars, map the human genome, craft synthetic organs, and unlock the secrets of the atom. But they cannot figure out how to stop wars. They cannot engineer a country, a province or even a city that is free of vice. They cannot do it—they have tried.

In other words, human beings cannot solve evil. In fact, mankind’s most powerful technological achievement has been the invention of weapons powerful enough to exterminate all life from Earth—human, transhuman and otherwise.

Some scientists still hold out hope that human beings will achieve moral perfection on their own, but the grand lesson of human history is that mankind does not know the way to peace, joy and abundant living.

Transhumanists, biologists and scientists in general have no explanation for human nature, what it is, or where it comes from. The Bible offers an explanation that is more than plausible. It says that the Creator of human beings required the first humans to choose a giving, sharing, peaceful way of life or to choose a getting, selfish, violent way of life. They chose the latter.

The Creator designed human beings so that if they chose the selfish, competitive, destructive way of life, they would not have to live eternally in a dystopian nightmare. He created humans to die and return to the dust they were made out of (Genesis 3:19). As Romans 6:23 puts it, “the wages of sin is death.”

“Why did God choose to make man out of physical matter instead of spirit?” Herbert W. Armstrong asked in What Science Can’t Discover About the Human Mind. “If God had made us of spirit, once the decision was made to reject God, we could never have repented. … Man, composed of matter, is subject to change. Man, if called by God, can be made to realize that he has sinned, and he can repent—change from his sin—turn to God’s way. And once his course is changed, with God’s help he can pursue it. He can grow in spiritual knowledge, develop character, overcome wrong habits, weaknesses and faults.”

But their physical bodies and their minds also enable them to do something else. They can choose the other way of life. The way that leads not only to a relationship with their Creator, but to the power to achieve nothing less than moral perfection and to the other eventuality listed in Romans 6:23: “the gift of God is eternal life.”

God made humans out of physical matter so that they could repent and change. He also made humans out of physical matter so that they could die if they refused to repent and change. This is why the omnipotent Creator did not create the human body with more longevity. He created it subject to decay for a very important reason. Man can fight to extend his natural life span, but eventually he has to face the reality not only that he is mortal, but that he is immoral. Those who refuse to repent and turn from sin perish—as though they had never been created in the first place (John 3:16; Obadiah 16). But those who repent of their evil pasts and willingly choose to become converted can ultimately receive eternal life—not in a computer, but as the gift of God.