Normally when a person is hated, he hates right back. Not Daryl Davis. 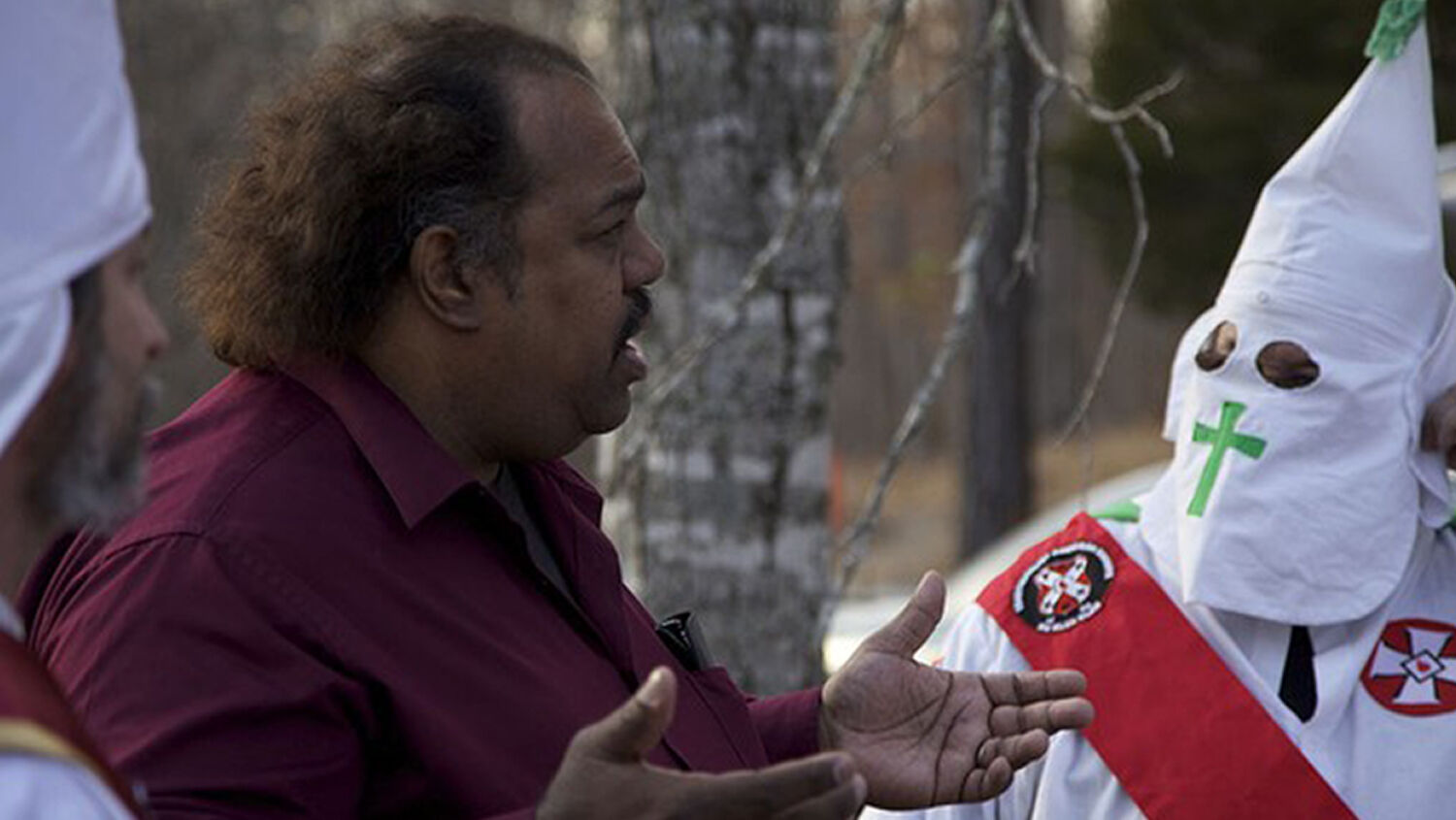 Davis has convinced approximately 200 Klansmen to give up their robes.
Courtesy of Daryl Davis

Normally when a person is hated, he hates right back. Not Daryl Davis. 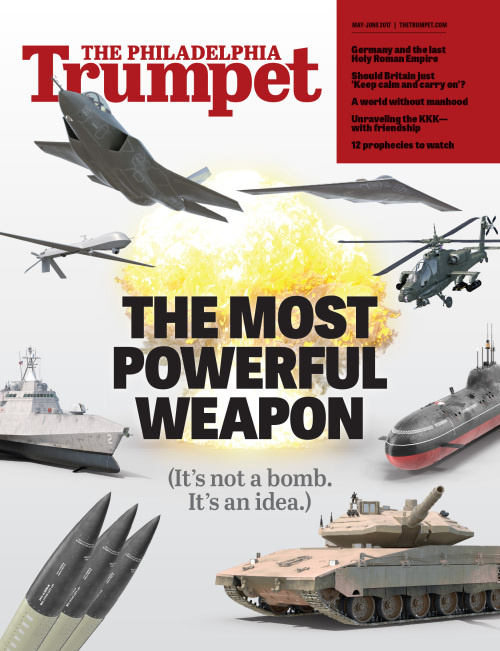 When Daryl Davis was a Cub Scout in 1968, his troop was marching from Lexington, Massachusetts, to Concord to commemorate the Ride of Paul Revere. As they approached a certain cluster of spectators, 10-year-old Davis suddenly felt the sting of a rock striking his arm. Then another. And then several more.

“I was being pelted,” Mr. Davis writes in his book, Klan-destine Relationships. “I turned, and to my surprise, saw they came from some of the spectators, even children, along the parade route.”

(Listen to The Sun Also Rises episode about this inspiring story)

Young Daryl was oblivious to the fact that he was the only black Cub Scout in the parade, and he initially thought those spectators must have had a problem with the Scouts. But when his Cub master ran over to shield him from the stones, Daryl suddenly realized that he was the only Scout being targeted.

His parents explained to him later that the people attacking him were racists, whose only problem with him was that he was black. “It was very hard, at the age of 10, to understand why some people who didn’t even know me would inflict pain upon me for no other reasons than the color of my skin,” he wrote.

That experience planted a question in Davis’s mind that he was determined to answer: How can a person hate another person who they don’t even know?

During his teenage years, Daryl suffered a few other racially motivated affronts. Each one intensified his desire to comprehend what fueled the blind hatred. He read every book he could get his hands on about the Ku Klux Klan, a white supremacist group with a long history of using physical assault, terrorism and murder against black people and other minorities.

Daryl also read all he could about the racism of Nazis during World War ii, about American neo-Nazi groups, and about black-supremacist groups.

As the years went by, he learned an immense amount, but he realized that to fully answer the question, he would need to have firsthand discussions with white supremacists.

Mr. Davis knew these would be dangerous meetings for a black man to take part in, but he was determined to forge ahead.

It was the early 1990s. He was living in Maryland, and decided to try to speak with a member of one of the state’s kkk chapters, the Invincible Empire Knights of the Ku Klux Klan. Not one to aim low, Davis set up a meeting with the Grand Dragon, the highest-ranking Klansman in the state. The Grand Dragon in Maryland was a man named Roger Kelly.

While arranging the meeting, Davis decided not to tell Kelly that he was black; he thought divulging that little detail could dissuade the Grand Dragon from meeting with him.

Davis arrived in the designated hotel room before Kelly. In his book, Davis describes the attire of the Grand Dragon’s bodyguard: “A young man dressed in military camouflage fatigues with the Ku Klux Klan insignia, a white cross in a red circle with a red blood drop in the center, on one side of his chest, and the initials ‘kkk’ on the other side, entered the room. This was the Grand Knighthawk, body guard to the Grand Dragon.”

The Grand Knighthawk also carried a loaded 9-millimeter pistol on his belt. When he saw that Davis was a black man, the Knighthawk froze in his steps. “Upon seeing me, he stopped short, causing the Grand Dragon, following behind him, to almost bump into his back,” Davis writes. “I noticed the apprehension in their faces as their eyes quickly scanned the room and darted back to me.”

They feared that they had walked into an ambush. Davis sought to quickly reassure them, so he rose from his seat with his right hand extended toward Kelly. “I’m Daryl Davis, come on in,” he said.

The tension was surreal.

Davis stood there with his open palm outstretched. Davis was smiling warmly and sincerely. But he understood the vastness of the distance he was attempting to reach his arm across. Finally, the Grand Dragon extended his hand toward Davis and shook his hand. “Roger Kelly,” he said.

Throughout most of the two-hour interview, the atmosphere remained palpably tense. The Grand Knighthawk remained on high alert, vigilant for anything that could endanger his leader. “Every time I reached into my bag to pull out a blank cassette or other item I needed,” the Knighthawk “brought his hand to rest on his gun,” Davis writes.

But Daryl Davis and Roger Kelly kept talking. They talked not just about racial issues, but also about the deterioration of family values in America, the difficulties of raising children in the modern climate, and the dangers of recreational drug use. They found that they agreed on the causes of many problems plaguing American society.

A short time after the interview, Kelly was elected Imperial Wizard of the Invincible Empire Knights of the kkk. He was no longer just head of the Maryland chapter, but of the whole country.

Over the next few months, Davis and Kelly met for several more interviews.

Davis was extraordinarily patient and meek, but also persistent and authentic. He would occasionally explain to Kelly how his racist viewpoints were flawed. Davis initially feared that these corrections would anger or embarrass Kelly, and destroy the rapport they had established. Instead these interjections seemed to make Kelly think.

The conversations went on.

Soon the two began to sometimes visit each other’s homes. Davis’s book describes one of his visits to the Imperial Wizard’s home: “He gave me a glass of ginger ale, and we sat down around the table, talking about everything. I had thought we would talk for an hour or two. However, I got there shortly after 10 in the morning, and it was now almost 7 in the evening when I got up to leave.”

They lost track of time the way people often do when they’re enjoying each other’s company.

On several occasions, Kelly invited Davis to kkk rallies. At one such event, Kelly was in the middle of delivering a speech when he pointed to Davis and called him his friend. Davis was shocked, but he realized it was true. Over the years—mostly because of Davis’s patience, persistence and authenticity—the two men had unexpectedly and accidentally become friends.

One evening, the man who had been Kelly’s Grand Knighthawk died. This man had been a very close friend to Kelly, and the death was difficult for him. Kelly said he would have liked for Davis to accompany him to the funeral, but out of respect for the bodyguard’s parents, who would have been uncomfortable with his presence, they decided Davis shouldn’t go. Kelly then said something that astounded Davis: “If I should die before you, Daryl,” he said, “I would like you to be at my funeral, and I’ll put that in my will.”

A few months later, after Roger Kelly and his wife had had a baby girl, an even bigger bombshell was dropped: The Kellys asked Mr. Davis to be their daughter’s godfather. The next day, Davis viewed the request as a major milestone that brought a Bible passage to mind: “[I]t was a life-affirming move which, I hope and believe, heralds a future in which ‘they shall beat their swords into plowshares … neither shall they learn war anymore,’” he writes.

What happened next made even that “life-affirming” milestone event seem comparatively minor.

This was never Davis’s goal. He was only trying to understand racial hatred. He didn’t realize he would be able to change the mind of a hate-filled racist. “That was pretty surprising to me because I had never expected someone who was that entrenched, who had that much hatred in him, to quit,” Davis said in an interview with wsre Pensacola.

Kelly’s resignation was major news in the Klan. It sent reverberations throughout the group, especially in Maryland. It started a chain reaction that caused several leaders to quit, and then the rest of the faction dissolved. “When he gave up the Klan, the kkk in Maryland fell apart,” Davis said. “That doesn’t mean there are no more racists here. [But] as a result of this leader becoming my friend, the Klan in Maryland fell apart.”

After Kelly’s resignation, Davis decided to see if he could have the same impact on other defiant racists. He had remarkable success. During the 30 years that he has been reaching out to white supremacists, Davis has helped to persuade around 200 Klansmen to give up their robes. Since the kkk has an estimated 6,000 members nationwide, this number represents more than 3 percent of the racist group’s total membership.

Just by reaching his hand out to them, as he did toward Roger Kelly during their first meeting, Daryl Davis has had a stunning and measurable impact on American race relations. By being patient, friendly and authentic, he has accomplished an astonishing feat.

Mr. Davis’s example is unusual, but it is not entirely unique. In 2015, Trumpet editor in chief Gerald Flurry called attention to a similar situation. That year, a psychopathic, white supremacist in Charleston, South Carolina, opened fire on the Emanuel African Methodist Episcopal Church, killing nine black people. The victims’ relatives shocked America by saying that instead of hating the racist murderer, they forgave him. They said they were in deep pain, but that they were praying for the killer.

“This example should have been held up for the whole nation to follow,” Mr. Flurry wrote. “This is a lesson and an example for all of us in a way of life that can really solve our problems!” (July 3, 2015).

This example is one that Daryl Davis is also setting in a deeply powerful way. And he says that, with patience, meekness and love, any of us can help to solve race problems. “We all can do it,” he said. “And we all need to do it because this world and our country is getting smaller and smaller, and the more we learn to communicate with diversity, the better we’ll be able to navigate in our own society.”