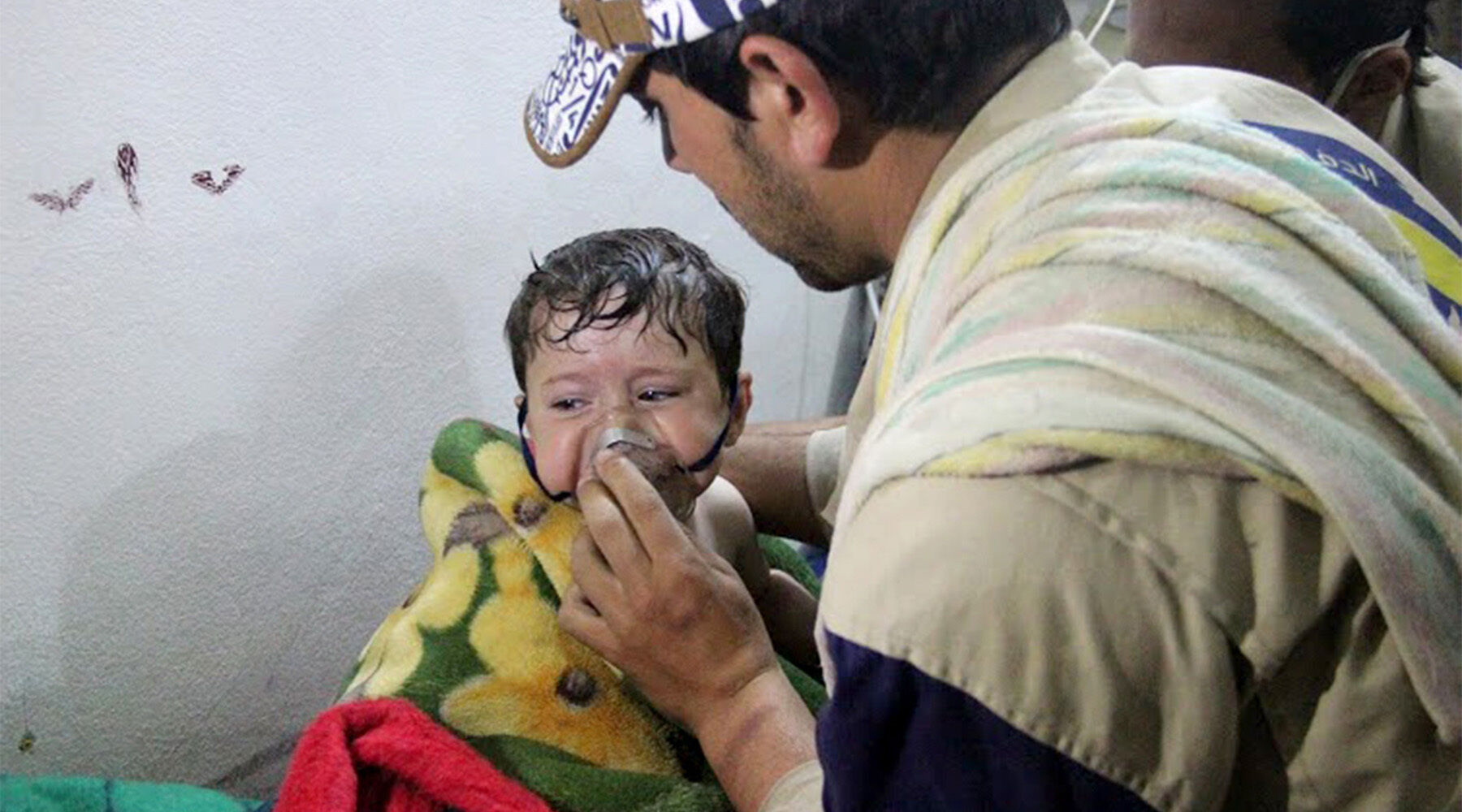 Just when Assad’s future was looking assured, he does this.

United States President Donald Trump has changed his mind about the future of Syria’s strongman leader, Bashar Assad. Prompted by Tuesday’s egregious chemical weapons attack on a rebel-controlled area of Syria that killed at least 85 people, Mr. Trump said the attack crossed many “red lines” and that he is reevaluating his position regarding Assad.

“My attitude toward Syria and Assad has changed very much,” he told reporters in a joint press conference with King Abdullah of Jordan on Wednesday. He continued, “It crossed a lot of lines for me. When you kill innocent children, innocent babies—babies, little babies—with a chemical gas that is so lethal—people were shocked to hear what gas it was—that crosses many, many lines, beyond a red line. Many, many lines.”

The shift in position regarding Assad and Syria comes less than a week after Secretary of State Rex Tillerson indicated that the United States expected that Mr. Assad would remain in power. Now, with the slaughter of many innocent women and children, the Trump administration is being pressured to act.

So the question is, why did Assad decide to go ahead with the chemical attack just as it seemed the U.S. had conceded defeat by allowing him to remain in power?

According to the Associated Press analysis, the attack was an enormous political gamble by Assad. The report cited both a military and political reason for the attack:

Tuesday’s attack took place in an area of Idlib province where rebels recently launched a heavy offensive against government troops. The assault brought insurgents to within miles of the key, government-held city of Hama. Khan Sheikhoun, the town targeted by Tuesday’s attack, is right up the road from Hama, and although Syrian forces have since launched a counteroffensive and regained some ground, there is a clear government incentive to rid the area of insurgents.

“These weapons are frightening and disorienting to the targeted populations, and they also highlight to the local population and the rebels that there is no international limitation on regime behavior and that resistance is therefore futile,” said Faysal Itani, a senior fellow with the Atlantic Council’s Rafik Hariri Center for the Middle East.

There was also a political motivation for the attack. According to the Associated Press:

Politically, Assad may have been emboldened to act to crush his opponents, thinking he could do so with impunity after recent statements from Washington, along with Trump’s inclination to align with Russia.

However, it may be that Assad’s gamble in using the weaponry has had the opposite effect. Apparently, Mr. Trump is even considering unilateral action, without the backing of the United Nations to intervene in Syria. U.S. Ambassador to the UN Nikki Haley told an emergency session of the Security Council that if the UN does nothing, the U.S. might be “compelled” to take its own action.

The Trumpet has used Bible prophecy to forecast since the beginning of the Syrian civil war that there will be drastic changes to power politics in Syria, especially related to Iran’s influence. Until Tuesday’s chemical attack, many commentators believed that the Syrian civil war was winding down with Iran’s proxy leader in Damascus, Assad, retaining power.

Bible prophecy does not specify whether the U.S. will now act to remove the Assad regime. This hardened rhetoric from the Trump administration may disappear, similar to Mr. Obama’s red lines on Syria. However, with this chemical attack Assad’s regime is again looking vulnerable and U.S. action is possible. Watch for the U.S. government to assemble a possible “coalition of the willing” in order to further isolate the Assad regime in Syria. So far, Russia has stayed in lockstep with Assad, but this could change with the right leverage and concessions. Also, look for Europe to potentially become more vocal and affirm President Trump’s stand on Syria.

However this works out, the political landscape in Syria will soon change, and Iran will actually find itself on the outside looking in. In 2012, Gerald Flurry forecast a split between Iran and Syria:

[T]his Psalm 83 indicates that Syria is going to have a break with Iran, that they’re going to break away. Now, you don’t see much of that in the headlines today, but you do see enough violence there to see where it might be able to do that, but most people don’t draw that conclusion. We do because we’ve been prophesying it for, well, close to 20 years now ….