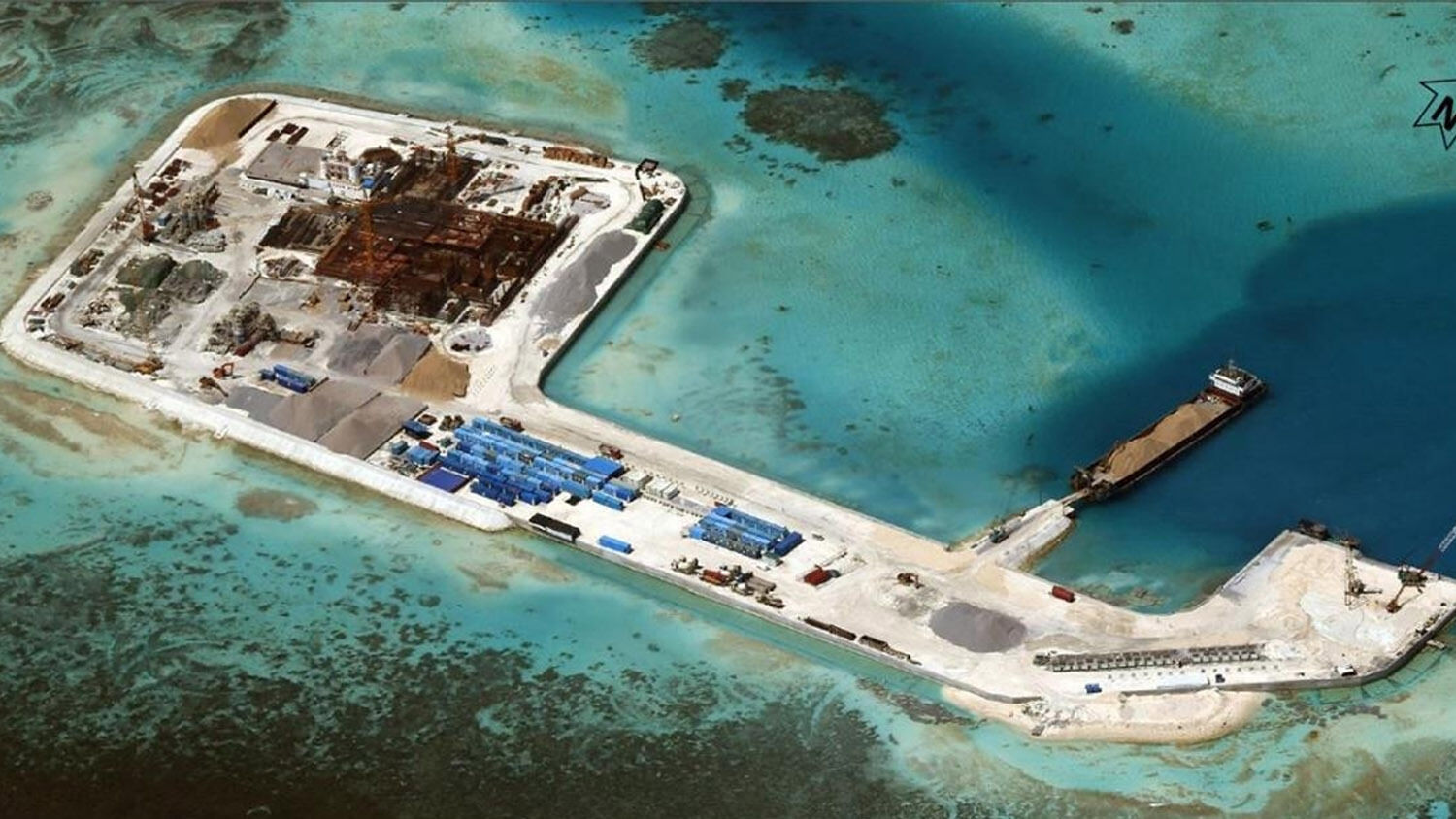 An American think tank has reported that China can now deploy military assets to the Spratly Islands, including combat aircraft and missiles, at any time. The report said that China’s fortification of the area is almost complete. The islands are claimed by China and Vietnam, and in part by Brunei, Malaysia and the Philippines.

The Asia Maritime Transparency Initiative (amti) published a report on March 27 stating that China was “putting the finishing touches” on numerous structures. The amti is based in Washington and forms part of the Center for Strategic and International Studies.

In 2013, China began dredging three sites in the Spratlys to construct islands capable of holding airfields. China has since installed the airfields, along with mobile missile launchers and surface-to-air structures. Hangars capable of holding dozens of combat aircraft are nearly complete.

amti explained the advantage China gains from these efforts, stating: “China’s three air bases in the Spratlys and another on Woody Island in the Paracels will allow Chinese military aircraft to operate over nearly the entire South China Sea.”

China has denied United States’ claims that it is militarizing the South China Sea, but on March 24, Chinese Premier Li Keqiang stated that defense equipment has been placed on the islands to maintain “freedom of navigation.”

Each year, $5.3 trillion worth of goods transit through the South China Sea, equivalent to one third of the world’s maritime commerce. The U.S. Navy has protected this vital trade route in the past, but as America retreats from this role, China has been filling the vacuum.

China not only wants to control the trade route, it also wants a security buffer so it can operate without having to worry about U.S. military forces. China’s progress in the Spratlys is fulfilling this objective perfectly.

A leaked People’s Liberation Army (pla) report said that the strategy is working and stated: “Intimidated by the projects, related claimants and neighboring countries are unlikely to provoke any military conflict or escalate it into a war because they are too poorly prepared.”

The pla report also said that the United States “lacks both the ability and will to engage in a military conflict or go to war with us.”

China is intimidating the nations of Southeast Asia into submission and is getting away with it.

The Trumpet has warned about this development. Editor in chief Gerald Flurry forecast that this is a step toward China having the capability to wage a trade war against the U.S.

“This is why China’s moves to militarize the South China Sea should be so concerning,” Mr. Flurry wrote in the July 2016 Trumpet magazine. “The United States and Britain are going to be left out in the cold as two gigantic trade blocs, Europe and Asia, mesh together and begin calling the shots in world commerce.”

For detailed information on how that is possible and why the Trumpet is warning of a future trade war, read Mr. Flurry’s article “China Is Steering the World Toward War.”

China’s actions in the Spratlys are open for the world to see, and yet no one is stopping China. Southeast Asian nations will have to react to a new reality—one dictated to them by China. Even before the installations are completed, the Philippines is already moving closer to China. Chinese Ambassador Zhao Jianhua discussed the possibility of a defense partnership with the Philippines and a settlement of the South China Sea dispute with Philippine President Rodrigo Duterte. Former national security adviser Roilo Golez warned that the development could place the Philippines “within China’s sphere of influence.”

How such an agreement can be worked out remains to be seen, but it is clear China’s nearly finished island bases give it the high ground in any negotiations. Watch to see what happens when they are completed.