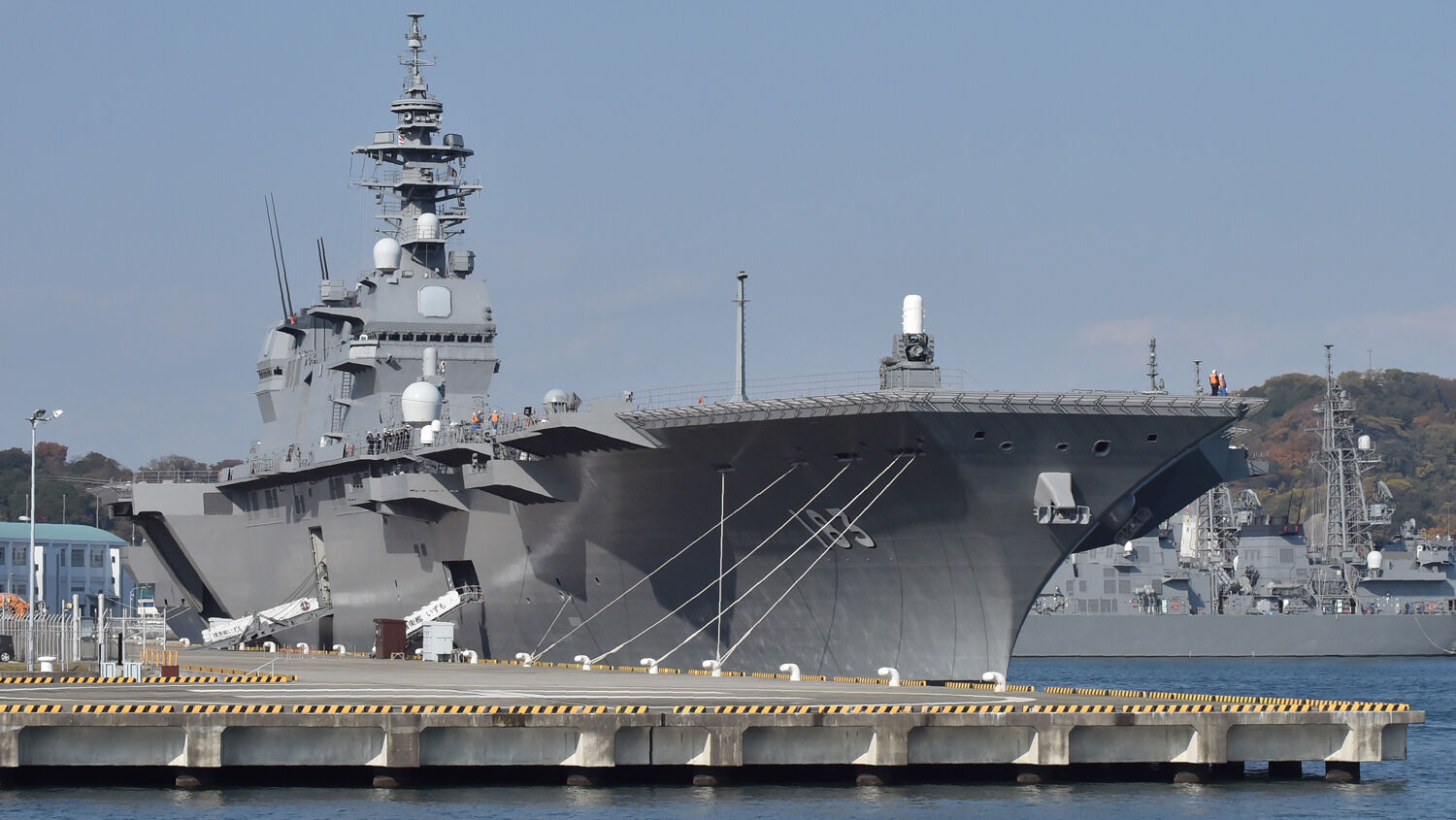 ‘The tension over the disputed territory in the South China Sea is about to escalate to another level.’

Japanese authorities said on March 14 that the Japan Maritime Self-Defense Force will dispatch its largest warship, the Izumo helicopter carrier, on a three-month tour through the South China Sea. The move represents Japan’s largest show of military force since World War ii and marks a major step in Tokyo’s march toward remilitarization.

China claims nearly all of the vast, resource-rich South China Sea, through which one third of the world’s maritime trade passes. Brunei, Malaysia, Philippines, Taiwan and Vietnam also claim portions of the sea. Chinese island-building and vessel movement in the region have posed a major challenge to the rules-based global order and have prompted the United States to conduct frequent naval and air patrols to ensure freedom of navigation.

Japan has no claims to the South China Sea, but it is entangled in separate territorial disputes with China over parts of the East China Sea. The decision to dispatch the 817-foot Izumo shows that Tokyo supports the tougher stance that the U.S. is taking toward China under President Donald Trump. The dispatch also suggests that Japan may seek to establish its own military presence in the South China Sea.

The Izumo can carry up to 400 marines and 14 attack helicopters. It is scheduled to sail from Japan in May, stopping in Singapore, Indonesia, the Philippines and Sri Lanka before arriving in the Indian Ocean for joint naval drills between the United States and India. ZeroHedge said that Japan dispatching the warship means that “tension over the disputed territory in the South China Sea is about to escalate to another level.”

At the end of World War ii, U.S.-occupied Japan was given a constitution that outlawed war as a means for Japan to settle international disputes. Article 9 states: “Japanese people forever renounce war as a sovereign right of the nation and the threat or use of force as means of settling international disputes. … [L]and, sea and air forces, as well as other war potential, will never be maintained.”

That constitution has governed Japanese affairs in the 70 years since, but Japanese leaders have quietly moved away from pacifism and toward remilitarization, especially under the current prime minister, Shinzō Abe. Dispatching the Izumo represents the latest and one of the boldest moves away from Article 9 and toward an assertive military.

Since Japan’s constitution bans the country from acquiring offensive weapons, Tokyo labels the $1.2 billion Izumo as a destroyer, a class of vessel with largely defensive weapons systems that typically cannot project power in an offensive manner. But this is illusive designation.

The Center for International Maritime Security (cimsec) says that the cutting-edge Izumo is “in a category similar to that of the Invincible-class carriers commissioned by the Royal Navy. … Equipped with the latest in electronic warfare, fire control and radar systems, the Izumo class has been designed with the battlefield of the 21st century in mind.”

The vessel is also equipped with Phalanx and SeaRam close-in weapons systems, which are able to counter nearly all types of inbound ordnance. cimsec says the scale and weaponry of the Izumo “represents a major advance in Japan’s maritime defense capabilities, significantly increasing the country’s ability to project force.”

Given this potential, simply calling these ships “helicopter destroyers” could be construed as misleading, or even deceptive. Therefore, we can surmise that the classification is largely for political purposes, as the inherently offensive capability of aircraft carriers would run counter to the values espoused in Article 9 of the Japanese Constitution. Whether the [Japan Maritime Self-Defense Forces] decides to further develop the capability of these ships has yet to be seen; however, the potential is there and serves as a warning to China and [North Korea] that Japan is indeed a maritime power to be reckoned with.

Japan dispatching the Izumo to the South China Sea marks a major step in Tokyo’s march toward remilitarization and is likely to intensify China’s aggression in the region. To understand the vital significance of this trend, read “Why We Watch Japan’s March Toward Militarism.”