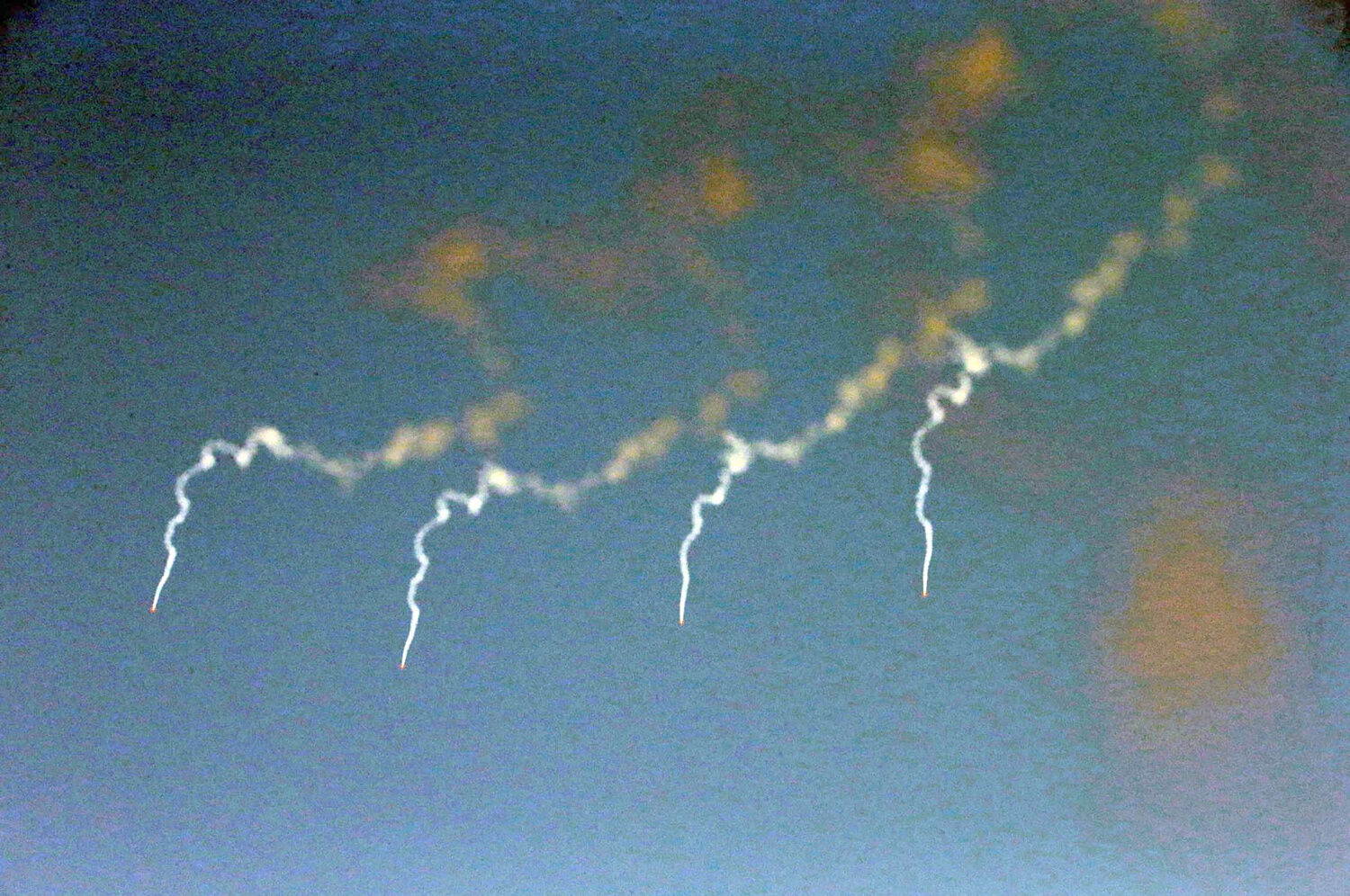 ‘The four ballistic rockets launched simultaneously are so accurate that they look like acrobatic flying corps in formation.’ —Kim Jong-un

North Korea fired four missiles toward Japan on March 6. Three of them fell within 200 nautical miles of Japan’s coast. Japan was incensed, of course, as any nation having missiles launched in its direction would be. North Korean Supreme Leader Kim Jong-un gloried in the launch, “[f]easting his eyes on the trails of ballistic rockets,” according to North Korean state media. “The four ballistic rockets launched simultaneously are so accurate that they look like acrobatic flying corps in formation,” he said.

What are we to make of all this? It seems each month you can count on another missile launch, exclamations of outrage, declarations of “sticking by our allies,” talks of upping sanctions, and a plethora of arguments on how to stop North Korea’s nuclear program. Clearly, North Korea’s state media is not known for its honesty, and its supreme leader’s boasting would be comical if it weren’t so tragic. Yet there is so much we just don’t know in this situation. Is Kim Jong-un insane? Or is he just playing the part to scare everyone? Does North Korea really want to start a war? Or is it bluffing in order to keep the international community guessing? Is it truly close to a nuclear weapon? Or is its technology still wildly deficient?

Japan’s morning news dominated by North Korean missiles — and how close they landed to Japan. pic.twitter.com/asil210Q1T

These are all hard questions, and ones that George Friedman from Geopolitical Futures has asked for years. After North Korea’s four missile launches on Monday, Friedman revisited his theory on its behavior. In order to survive after the fall of the ussr, North Korea tried convincing the world of “three somewhat contradictory things”:

The first was that North Korea was an extremely dangerous country, and that it was powerful and likely to strike a devastating blow at any action. This would deter any attempt to attack North Korea or destroy the regime. Second, the North Koreans sought to project an air of insanity. Random, pointless acts of violence and bizarre pronouncements were designed to convince the world that not only is North Korea dangerous, but it is also quite mad. This was intended to persuade everyone that they should not try invading North Korea or even consider it. Even the whiff of danger would push the North Koreans over the edge. Finally, and paradoxically, North Korea sought to appear weak. Widely publicized famines, ancient factories and the other accoutrements of misery indicated that trying to destroy North Korea’s regime would be pointless. It might topple any day.

A nuclear program firing random ballistic missiles (as we saw this week), insane threats and evidence of extraordinary poverty and political instability all combined to prevent any action that someone might want to take, assuming anyone wanted to take action.

Friedman readily admits that he could be wrong about North Korea. If Kim Jong-un is not insane, and he is using his nuclear program to deter international action, doing nothing is a “low-risk bet.” Suffering continues, but there is no war. If Kim Jong-un is insane, then it’s all a “high-risk bet” and anything could happen.

At the same time, we should ask: How can North Korea get away with firing four missiles into Japan’s ocean territory? One of the reasons is described above by Friedman: No one wants to take the chance that he is insane and trigger a war with massive casualties by stopping him. And yet is it not the whole world against North Korea? Can’t we stop the suffering of millions of people in a country smaller than most American states?

The reason the world can’t is China.

China is North Korea’s closest friend, and nearly one of its only friends. Around 70 percent of North Korea’s trade is with China. When the international community (through the United Nations) has tried to exert more pressure with harsh sanctions, China has opposed it. “China is currently North Korea’s only economic backer of any importance,” wrote Nicholas Eberstadt, an economist at the American Enterprise Institute.

Listening to the analysts talking about why China maintains relations with North Korea, you would think countries don’t have selfish ambitions. China doesn’t want a toppling regime to flood refugees into its territory. And that’s true—but it’s not the whole truth. Mu Chunshan, a journalist in Beijing, described China’s reasoning in the Diplomat in similarly doting terms:

Turning completely away from North Korea, however, is not in line with [Chinese President Xi Jinping’s] policy of developing normal relations with China’s neighbors. Normal relations involve a willingness to negotiate and resolve differences. The two parties might be displeased with each other, but they should not damage their basic diplomatic contact or their mutual interests.

Apparently China is just showing a willingness to “negotiate and resolve differences.” Is that true? Or is it just like Xi’s speech in Davos 2017 where he proclaimed China as the champion of free trade and international peace? All this while Xi himself maintains an authoritarian government.

To answer the question, we’ll refer to an article written by the Trumpet seven years ago: “Why China Won’t Stop North Korea.” The intermediate time hasn’t changed any of the basic facts. North Korea is still belligerent. China still funds it. The surrounding nations still get scared by every new missile test. Just replace Kim Jong-il with Kim Jong-un.

The reality is more sinister: China’s leaders support Kim Jong-il’s regime because a rogue North Korea serves China’s ambitions, both within the region and in the global arena!

First, the existence of an unpredictable, highly volatile nuclear aspirant is a distraction to China’s competitors in the region. “Apparently, [Chinese] President Hu Jintao finds Kim useful in the short term for keeping Japan and South Korea off balance,” wrote [Gordon] Chang …. China employs North Korea in Asia in much the same way Iran employs Hezbollah in Syria and Lebanon: as an instrument to push, pry and distract Western-aligned governments, thereby undermining and countering U.S. interests in Asia.

But the ultimate and most worrying reason Beijing sustains North Korea is that Kim Jong-il’s ideologies and ambitions align perfectly with China’s top global priority: undermining the United States!