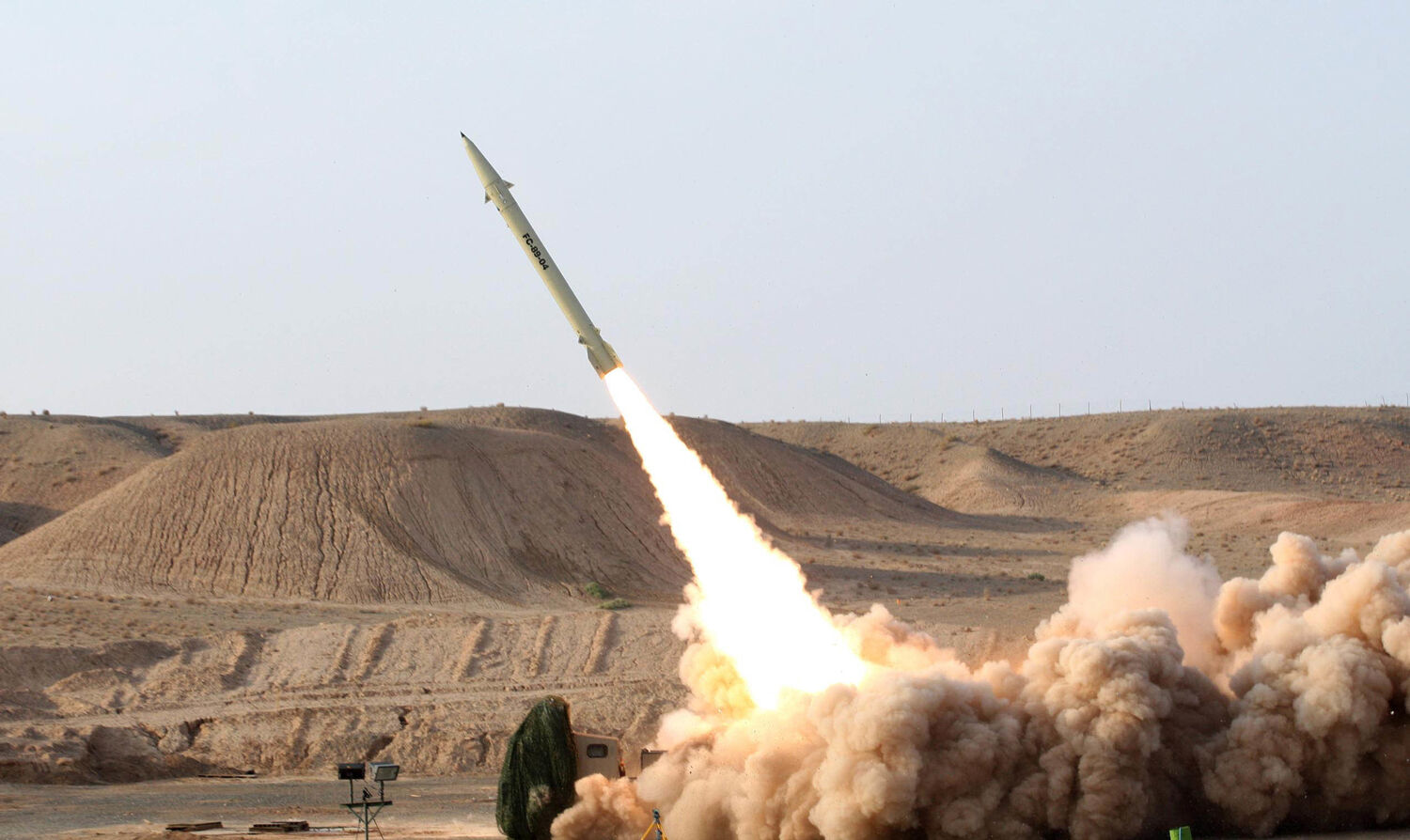 Iran launched two Fateh-110 short-range ballistic missiles during the past week. The launches were made from an Islamic Revolutionary Guard Corps base at Bandar-e-Jask in southeastern Iran. The first missile was launched into the Gulf of Oman last Saturday but missed its apparent target. Iran successfully tested a second rocket the following day.

Iran has now conducted a total of 14 ballistic missile tests since it signed a nuclear compromise on Jan. 16, 2016, with the United States, the United Kingdom, France, Russia, China and Germany .

The launch is a test of an older missile model. Fox News quoted unnamed officials saying that the Fateh-110 has not been tested in two years. The last time this model was used, the Fateh (Persian for conqueror) starred in a propaganda film, by blowing up a simultaed United States aircraft carrier.

According to Fox News sources, last week’s Fateh-110 is new and improved, with “active seeker” technology that allows it to better detect ships at sea.

The Fateh-110 has other roles beyond targetting American carriers and other ships. In November 2014, Fateh-110s were shipped to Hezbollah for use in a future war with Israel. The missiles are road-mobile and can be used against land-based targets. But the improvements to the weapon, as well as the way in which it was tested, show the Iranians’ primary purpose for the missile: It is a weapon to be used to conquer the Persian Gulf and the Red Sea.

The Fateh-110, with advanced guidance systems and a 150-to-220-mile range, jeopardizes the flow of 17 million barrels of oil per day that sail the Persian Gulf, in addition to millions of barrels of liquid gas that are so vital to Europe and Asia.

Some military vessels can counter these missiles, but tankers and other commercial vessels will easily fall prey to them the instant that Iran chooses to use them.

In “Iranian Navy Conducts Expansive Drills in Vital Sea-lane,” Trumpet Jerusalem correspondent Brent Nagtegaal noted that this year Iran chose to train in the Bab el-Mandeb, an area it has neglected in the past. He wrote:

Both the Strait of Hormuz and the Bab el-Mandeb Strait are choke points for world shipping. Thirty percent of seaborne oil passes through the Strait of Hormuz, which is only 33 miles wide, and most of that shipping continues through the 20-mile-wide Bab el-Mandeb en route to Europe via the Mediterranean Sea. Controlling these sea gates means controlling the passage of the precious commodity into Europe.

His comments mirror warnings issued by Trumpet editor in chief Gerald Flurry, who wrote this in the April 2015 edition:

The Houthi takeover in Yemen proves that Iran is implementing a bold strategy to control the vital sea-lane from the Indian Ocean to the Mediterranean Sea.

“People keep referring to ‘closing the strait,’” said Anthony Cordesman, a defense analyst at the Center for Strategic and International Studies. “But we’ve got eight years of Iranian exercises that show that’s more an exercise in semantics, than the way Iran organizes to fight. Given the fact that it’s not particularly suicidal, concentrating its assets in the Strait of Hormuz makes no sense at all.”

Either we shake one another’s hands in joy at the victory of Islam in the world, or all of us will turn to eternal life and martyrdom. In both cases, victory and success are ours.

Iran is a regime that will not only test the weapons at its disposal, it will use them. The current supreme leader, Ayatollah Ali Khamenei, is just like his predecessor—only better armed.

On Jan. 17, 2015, the Iranian state-sponsored Tasnim News Agency published an article that boldly proclaimed: “Today, all the arteries of oil transport—from Bab el-Mandeb Strait to Suez Canal and the Strait of Hormuz—are under Iranian control, by means of Syria, Yemen and Bahrain, and within range of Iranian missiles” (Middle East Media Research Institute translation).

Trumpet editor in chief Gerald Flurry wrote in his booklet The King of the South:

Khomeini referred to the West as “world devourers”! Eighty-five percent of 81 million Shiites in Iran believe in Twelver Shiism, which Khomeini espoused. This is an ideology that embraces death. …

Another alarming event occurred on Jan. 16, 2016, that should have opened the eyes of naive Western leaders to the danger of the Iranian mindset. Iran’s supreme leader said the country’s aggressively anti-American and anti-Israel policy would continue unchanged. Two days later, Iran ordered its military to accelerate its illegal missile program.

This intercontinental ballistic missile program is illegal because the new deal says Iran has to wait eight years before speeding it up. Instead Iran is accelerating it immediately! These missiles are capable of carrying nuclear warheads. And Iran’s supreme leader says they have no intention of reforming any aspect of their hateful policies. The missile announcement is proof that Iran is already breaking a big part of the agreement. But the West mostly turned a blind eye to that.

So many Western leaders today believe Iran is all talk, even as it arms itself and prepares for war! Fourteen ballistic missile tests in 14 months, more than three decades of terror-fueled hatred, and centuries of evil religious teaching prove this—but so too does your Bible.

The Bible actually specifically mentions Iran and forecasts what it will do in the 21st century. The Bible’s prediction pinpoints the Islamic Republic’s pushy foreign policy—and specifies that this aggressive behavior will soon goad a response. In his 2015 article, Mr. Flurry wrote:

Daniel 11:40 shows that as these events play out with Iran, the United States won’t be a factor! It is Europe that Iran is going to push against. And it is Europe that will respond.

A European superpower is rising on the scene that will have the boldness and the power to deal with Iran’s pushing.

Europe is very worried about what Iran just did in Yemen. And unlike America, this European power will act!

Daniel 11:40 says Europe will come at Iran like a whirlwind. Gesenius’ Hebrew-Chaldee Lexicon says the Hebrew word for whirlwind is “used of the commotion of a storm or a tempest; to sweep away in a storm.” Europe is going to throw everything it has at the Iranian-led radical Muslims and utterly defeat them!

That drama all starts with a push from Iran.

Right now Iran is advancing its means of shutting down the maritime routes that Europe relies upon. Upgrades to the Fateh-110 may seem small, but combined with Iran’s renewed interest in the Bab el-Mandeb, Yemen, the Strait of Hormuz and the Persian Gulf, the world ought to take note. Even more alarmingly, Iran’s growing influence reflects into events foretold in your Bible—events that lead to World War iii.

The Prophet Daniel also recoded what would happen after World War iii erupts. That cataclysm actually begins a countdown to the return of Jesus Christ (Daniel 12:11). To understand how the immediate future will be more bleak—and then more inspiring—then analysts realize, read Mr. Flurry’s free booklet The King of the South.