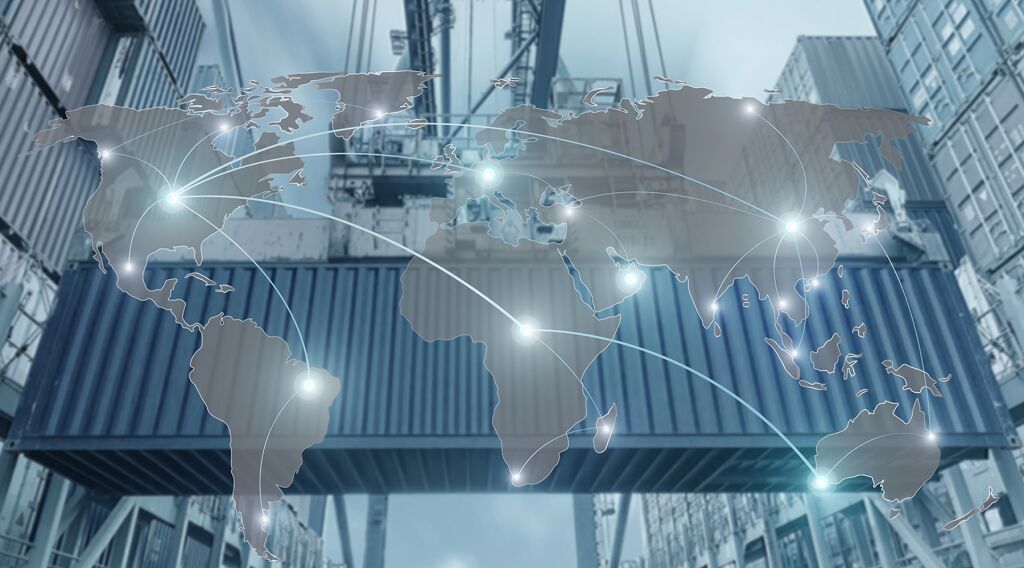 In a post-American trade war, this emerging bloc will wield devastating power.

Stories of international angst over United States President Donald Trump’s protectionist approach are becoming more commonplace. Mr. Trump’s “buy American, hire American” catchphrase sounds good for many at home, but abroad, it is prompting a weighty reorganization of international trade relationships. And long term, the result will be a trade war that will prove ruinous to the U.S.

World trade has changed a great deal over the last several decades. The international community at large no longer depends on America’s giant import expenditures and exports. Parag Khanna of Politico wrote:

As Americans, it’s easy to assume that global trade still depends on America as the consumer of last resort. But that’s no longer true. In fact, the majority of trade in emerging-market nations is with each other, not with the U.S. In 1990, emerging economies sent 65 percent of their exports to developed nations like the U.S. and Europe, and only 35 percent to other developing countries. Today, that figure is nearly reversed.

As desirable as any U.S. trade still may be, it has become increasingly unnecessary. And of late, foreign governments have taken close to heart Trump’s protectionist dialogue and are looking elsewhere to secure their interests with new trading partners and blocs. Two powerful nations in particular are starting to join arms and lead the way toward the new, post-American world of global trade: Germany and China.

The development is good news for the German government, which has made it a goal to safeguard global free trade after U.S. President Donald Trump threatened to impose tariffs on imports and his top adviser on trade accused Germany of exploiting a weak euro to boost exports.

The German vice chancellor, Sigmar Gabriel, proposed that if the new U.S. government makes good on efforts toward a protectionist worldview, the European Union should realign its economic policies toward the Asian supercontinent. And the head of Germany’s bga trade association, Anton Börner, echoed Gabriel’s sentiments by stating that “given the protectionist plans of the new U.S. president, one would expect that the trade ties between Germany and China will be further strengthened.”

According to export data for 2016, the U.S. was still the biggest buyer of German goods. Where the numbers break down is with the bilateral trade deficit. The U.S. ranked second after the United Kingdom for Germany’s largest bilateral trade surplus. Germany’s exports to the UK exceeded its imports from the UK by $52.8 billion. German-made exports to the U.S. exceeded American-made imports to Germany by $51.7 billion. The data shows that the U.S. and the UK need Germany’s exports more than Germany needs their exports.

At the other end of the Silk Road that runs across the Eurasian landmass is the Chinese economic juggernaut. President Trump heavily criticized China’s trade and economic manipulation throughout his presidential campaign, often stating that “China is killing us” on trade. China has not taken kindly to Trump. After Trump’s cancellation of the Trans-Pacific Partnership (tpp), China is looking more and more desirable as the key player for a new commercial alliance with the remaining tpp countries. As Khanna’s Politico piece explained, “[M]ost of the other signatories are moving ahead anyway in a ‘tpp minus one’ format” (ibid).

Even more significantly, more than a dozen Asian countries have rekindled their efforts towards advancing an alternative megadeal—the Regional Comprehensive Economic Partnership (RCEP)—which differs from TPP in one crucial way: At the center lies not the US, but our economic arch-rival China.

At this point in time, doing business with a powerful Asian trading bloc looks very tantalizing to the German-led European Union. Trade between Europe and Asia already exceeds transatlantic trade. This commerce will only increase as China and other nations continue massive new construction of roads, rails, pipelines and other infrastructure along the Silk Road.

The U.S. is becoming more and more unnecessary for global commerce, yet its president continues to indicate that his nation is indispensable. This is a particularly worrying position when taking into account that the U.S. holds the greatest single debt in the history of the world—and the world’s top creditor nations happen to be Japan, China and Germany, respectively. As Proverbs 22:7 wisely says, “[T]he borrower is servant to the lender.” What happens when the lenders call for their money back?

It’s no wonder that other nations are looking away to new trading opportunities. There is a decreasing need to bind their economies to America. In “Dumped by U.S., Europe and Asia Get Together on Trade Deals,” Foreign Policy’s Emily Tamkin wrote:

The United States, after President Donald Trump took office, nixed a big trade pact with Asia, and let another big trade accord with Europe die on the vine. Now both those jilted partners are getting together—threatening to leave the United States out in the cold as the world’s biggest economic blocs reshape their trading relationships.

EU Trade Commissioner Cecilia Malmström stated in a February interview with Handelsblatt Global, “We have seen that many of the tpp countries are now approaching us and saying, ‘We still want to do deals.’ We are engaged with basically all of them, either negotiating or have a deal or preparing negotiations.” She warned the U.S. against establishing trade barriers: “We advise not to do that because there is a risk that there’s a global retaliation. That would be very bad for the economies and for the citizens of course.”

That “global retaliation” is, in other words, trade war. This is something the Trumpet has forecast for decades. Why? In more recent years, the geopolitical signs have pointed increasingly toward this possibility. Yet our main evidence for a coming trade war comes from Bible prophecy.

Isaiah 22 and 23 speak of an end-time rise of a “mart of nations,” a giant trading bloc of European and Asian nations, notably including China and Germany. The bloc’s trade relationships are also referenced in Ezekiel 27. This Eurasian commercial power will begin a trade war against the United States, the United Kingdom and Israel—and this trade war will develop into full-blown World War iii!

We are witnessing the rise of this “mart of nations.” Bible prophecy reveals this trade bloc will be only a brief alliance. For more information, read “Trade Wars Have Begun” and be sure to get a copy of the most recent issue of the Trumpet magazine. This April issue focuses on these worrisome global trading trends, how they will affect you personally, and what steps you can take to prepare for them.