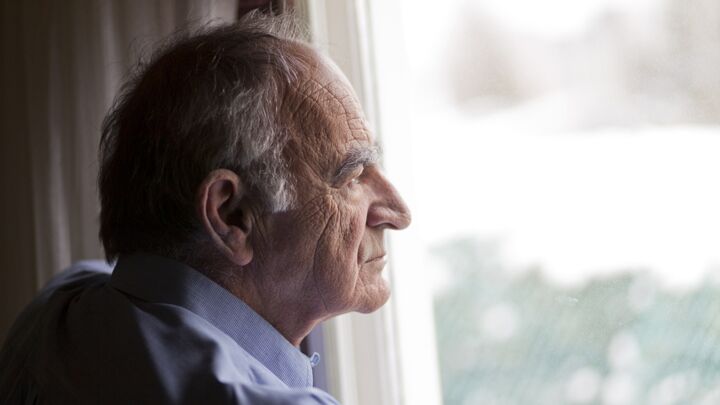 Shel Silverstein wrote a poem that seems to sum up in a poignant and succinct way how most people live their lives and make their decisions:

There is a voice inside of you that whispers all day long, / I feel that this is right for me, I know that this is wrong. / No teacher, preacher, parent, friend or wise man can decide / What’s right for you—Just listen to the voice that speaks inside.

Some might feel this speaks to an inner truth, a lesson that, if heeded, would spread peace and tranquility all over the Earth. Here’s a conundrum for you though: Both the people that you agree with and those that you don’t agree with are following that same ideology—doing what they believe is right.

People on both sides of every major issue—the death penalty, homosexual marriage, abortion, etc.—present all sorts of arguments supporting their conclusions, but at the end of the day, they believe when they listen to the voice inside them that they are right.

That voice—what we really feel when we look into our hearts—is the deciding factor that says what people believe and do.

Would you believe that this philosophy destroys nations? That this sentiment is at the core of every wrong decision?

In Judges 17:6, we read, “In those days there was no king in Israel, but every man did that which was right in his own eyes.” Commentaries refer to this period of Israel’s history as the “dark ages.” When the people had great “freedom,” they behaved with no sense of right and wrong other than doing what they thought was right. Chaos ensued.

Today, we live in a time when “freedom” is valued above morality; like ancient Israel, we haven’t the haziest notion how to exercise those liberties in a godly way. Listening to the voice in our hearts hasn’t stopped Western civilization from developing a moral stench that offends countries the world over.

Have you ever asked yourself what God thinks about the voice that speaks inside you?

The clarity of the Bible on this issue is unmatched: “O Lord, I know that the way of man is not in himself: it is not in man that walketh to direct his steps” (Jeremiah 10:23). God looks at our hearts too, and we know what He sees there: “The heart is deceitful above all things, and desperately wicked: who can know it?” (Jeremiah 17:9).

If you want to be led down a wrong path by something desperately wicked, then just listen to the voice inside you.

Jesus Christ talked about listening to a voice—but not our own: “My sheep hear my voice, and I know them, and they follow me” (John 10:27). Rather than advise us to listen to ourselves, He said to keep the Commandments (Matthew 19:17). In fact, 1 John 5:3 tells us that following the instructions God gives us is the very expression of His love.

The desperately wicked tone of our own voice is constantly shouting to drown out Jesus Christ. And beyond that, we have another noise to contend with: Satan the devil. He tries constantly to deceive us just as he did Eve in the Garden of Eden, who surely believed she was making her own choice even as she was listening to Satan’s voice. He succeeded that day, and Revelation 12:9 tells us just how successful he has been since: He deceives the whole world. Called the “prince of the power of the air” in Ephesians 2:2, he is always broadcasting his thoughts, attitudes and impulses. All too often, we listen to him instead of God, judging for ourselves which of the two is right.

Mankind always believes he knows better than God. This idea that we inherently know what is right and wrong has been passed down from parent to child ever since Adam and Eve rejected God’s revelation, taking the prerogative of deciding right from wrong for themselves. Every war, every disease, every evil thing that has happened in the last 6,000 years has been a result of that decision, a result of the decision that not only could “no teacher, preacher, parent, friend or wise man” decide, but not even God Himself could tell a man the difference between what is right and what is wrong.

What kinds of decisions have you made listening to the voice inside you? Are you—like those in ancient Israel—doing what’s right in your own eyes?

Basing decisions on this way of thinking will not bring true happiness, joy or peace into your life. If you truly examine your life, do you find real happiness? Real abundance? Real success? Listening to God’s voice—the instructions found in His Word—brings all of those things and guaranteed blessings from our Father: “Now therefore, if ye will obey my voice indeed, and keep my covenant, then ye shall be a peculiar treasure unto me above all people …” (Exodus 19:5). Our reliance must not be on the voice of men, but on the Word of God.